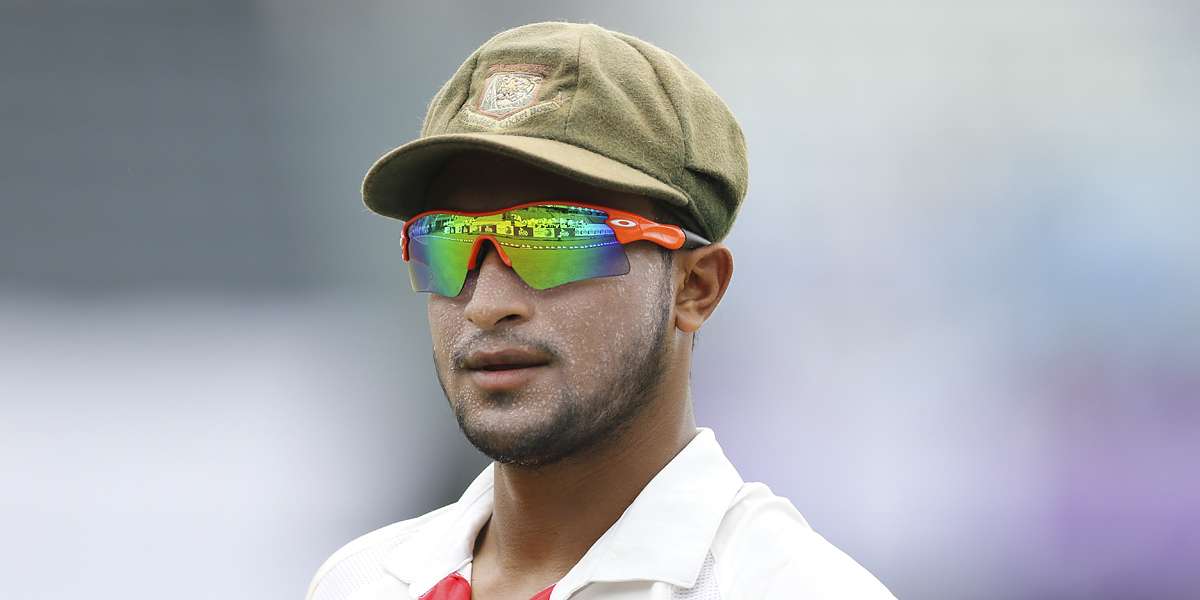 Little over 500 first-class runs and a couple of five-wicket hauls was good enough to see Shakib Al Hasan get a taste of cricket at the highest level. While his numbers might have not been mind-blowing, what was seen is the potential of a 20-year-old allrounder to go on and make it big. He had already played a T20I for Bangladesh by then, but that was just a small sliver of a significantly huge cake, which Shakib would go on to bake for himself in his illustrious career.

When it comes to allrounders, we often talk about the likes of Garry Sobers and Jacques Kallis as being the greatest. While Shakib is often ignored on that front for the sheer magnitude of the superiority of the other names, Bangladesh can surely be proud of the fact that the allrounder has played a significant part in ensuring that the team is no longer a pushover, be it any format.

Shakib has donned all the hats – that of a batsman, bowler and captain – and with 13 years of international experience behind him, his nation perhaps cannot find anyone better than him to groom the next generation of Bangladeshi cricketers.  However, it did not start off well on his Test debut, which came on this day in 2007. He did not pick up a single wicket and managed just 27 runs with the bat. But that was just the kick-start of a noteworthy career in whites for the allrounder.

Bangladesh as a Test nation are still not a side that have found their feet even 20 years after playing their debut Test. They have won just 14 out of their 119 matches so far out of which Shakib has played a part in 11 since his debut in 2007, which have included wins against some of the big sides like England, Australia and Sri Lanka.

While Shakib’s performances were encouraging right from the beginning, it did not translate to results for the team. In just his seventh Test, he picked up his career-best haul of 7 for 36 with the ball and 71 with the bat would have been match-winning any other day, but his side succumbed a narrow three-wicket loss against New Zealand. Before this, Bangladesh were on the cusp of victory on just a couple of occasions – against Pakistan in 2003, where they lost to Inzamam-ul-Haq’s brilliance in Multan and three years later to Ricky Ponting’s at Fatullah, which they lost by three wickets after Australia successfully chased down 307 – an indication of Bangladesh’s inexperience at the highest level as they did not know how to finish off close matches.

Known for his orthodox batting and accurate slow left-arm spin, Shakib has often shouldered the responsibility of the young side and his contribution to Bangladesh cricket will be remembered for years to come. His record-breaking 217 against New Zealand in Wellington three years ago would have surely been a memorable day, but as a team Bangladesh reached another low as they went on to suffer an embarrassing defeat despite putting up 595 on the board in the first innings.

Shakib was among the first Bangladesh players to play in the English County circuit – something more players from his nation perhaps need to play in to hone their skills. Playing well in different conditions is the biggest challenge for a cricketer – be it with the bat or with the ball – and that is something many cricketers from Bangladesh have failed to do. Recently, Shakib – the Test captain - was very vocal about the level of first-class cricket in Bangladesh.

Speaking about the level of competition in the National Cricket League, Shakib said, "They get to play such easy bowling attacks that they rack up hundreds and double-hundreds. Some of them have four or five double-centuries, but they find it difficult to score four or five runs in international cricket."

The Bangladesh Cricket Board (BCB) over the years too has done very little of significance to promote first-class cricket in the country. Instead, they are more inclined to judge a player by his performances in limited-over fixtures, like the Dhaka Premier League (DPL) or the more recent Bangladesh Premier League (BPL). Also, the money that the board puts into the first-class structure is the bare minimum. For instance a player gets paid not more than USD 415 (BDT 35,000) for a match with a combined daily and travel allowance of USD 47 (BDT 4,000). A player participating in the lucrative limited-over fixtures – be it the BPL or the DPL – earns nearly four times the amount.

While there are many Bangladesh players plying their trade around the world in T20 leagues, as far as Test cricket is concerned, Bangladesh till have a long way to go before they consistently start winning/competing. While Bangladesh have reached great heights when it comes to limited-overs cricket over the last five years or so, which includes making it to the quarter-final of the ICC World Cup 2015 and the semi-final of the Champions Trophy 2017. Also, in the 2019 World Cup, Shakib was in top form with both bat and ball – finishing the tournament with 606 runs at 86.57 and 11 wickets at 36.27 from eight matches.

When it comes to ODIs, Bangladesh have had a settled side, with Shakib, Mashrafe Mortaza, Tamim Iqbal, Mushfiqur Rahim and Mahmudullah having formed a core leading up to this point. Unfortunately, this has not been the case in Tests. While Bangladesh are still able to put up a fight at home, they are nothing short of a lost cause in alien conditions and there’s very little an individual like Shakib or any other member of the team can single-handedly overturn. He has already attained a superstar status in the country and will hopefully inspire future generations to take up Test cricket more seriously. For that, cricket in Bangladesh right from the grassroots till the top needs to move in unison. For now, Bangladesh has barely sowed the seeds in that direction.