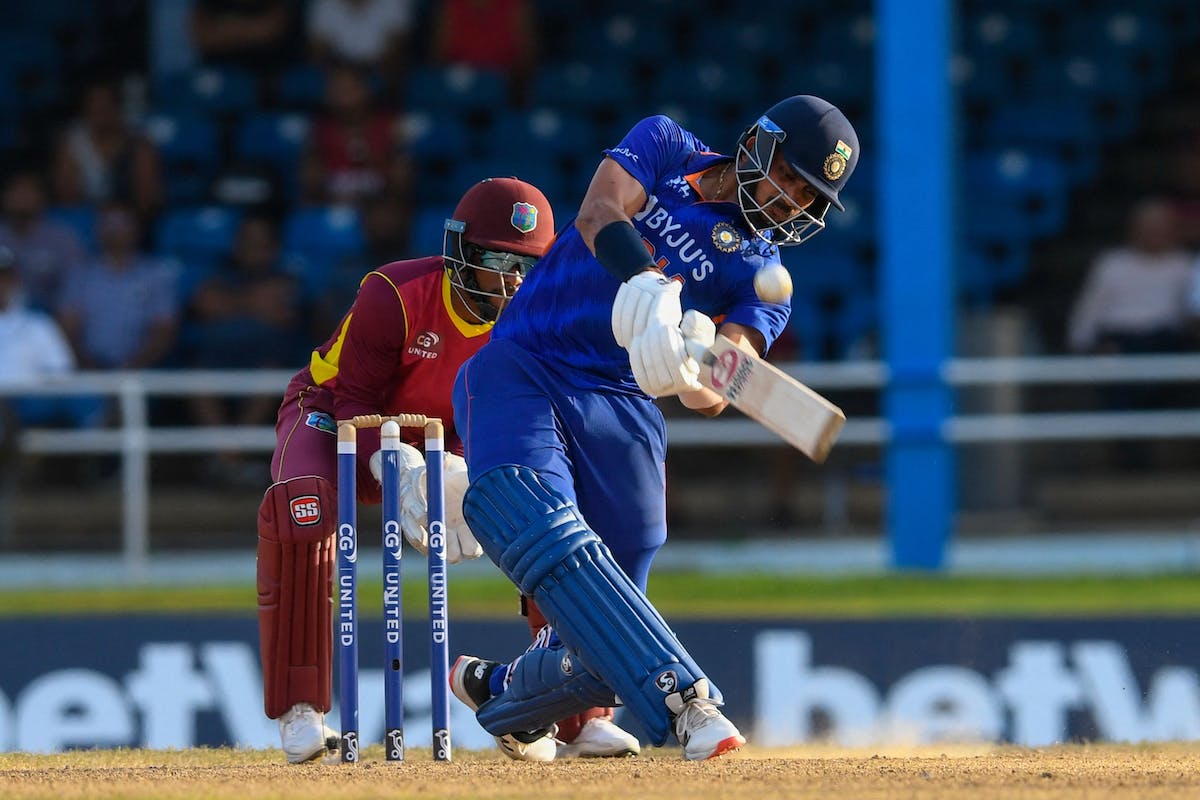 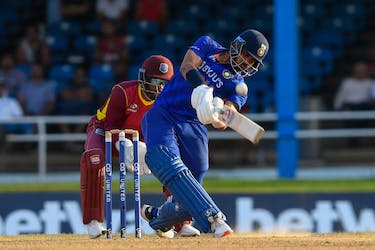 Other than Axar, Shreyas Iyer, Sanju Samson, Deepak Hooda and Shubman Gill too made useful contributions with the bat

India pulled off an incredible win in the second One-Day International (ODI) at Port of Spain to take an unassailable 2-0 lead in the series. With 100 needed off the last 10 overs, Axar Patel played a blinder, scoring an unbeaten 64 off 35 to take his side home.

India captain Shikhar Dhawan feels the Indian Premier League (IPL) has played a huge part in enabling young players to perform on the big stage and also in front of crowds without feeling pressure.

"I feel it was a great team performance. We made mistakes, we took the challenge and we had self-belief. I was also surprised. Hats off to our middle order," Dhawan said after the match.

"Our domestic and IPL cricket keeps us ready as we play in front of big crowds. As Axar said, he's done it multiple times in IPL. That brings a big stage.

"At the halfway stage, we felt we pulled them. We got a couple of wickets, then [Shai] Hope and [Nicholas] Pooran took off. We thought we can do it if they can.

"We started slowly, I thought we can take off against left-arm spin. I got out, and Shreyas and Sanju played well. There was a silly mistake with the run out. But the way Axar played was amazing."

Axar, who scored three fours and five sixes, concurred with his captain saying his experience in the IPL gave him belief that he can pull it off. "It's very special, to get it in a crucial, series-winning cause is amazing. When I went out, I aimed for 10-11 an over. We thought it could be done as we have IPL experience," the player of the match said.

"We wanted to be calm and keep cover of the rate. This was special as this is my first ODI since 2017, even my first fifty came here. Winning the series too makes me feel wonderful."

West Indies captain Nicholas Pooran feels that his side failed to hold their nerves, especially in the last five overs when India still needed 48 runs to win.

"We lost it in the last overs, Axar played well and we didn't hold our nerves. We could not keep things down in the last five overs. We felt that it got easier to hit spinners. And we gambled with Akeal bowling against left-handers," the West Indies captain explained.

"One wicket would have opened up things but Axar played brilliantly. Hope's innings was impressive, it was exceptional as a batting group. We wanna win, we wanna win pretty bad in the next game. That's all we are aiming for."

With the series already in the bag, India will hope to complete a clean sweep when they take on West Indies in the third ODI at the same venue on Wednesday (July 27).