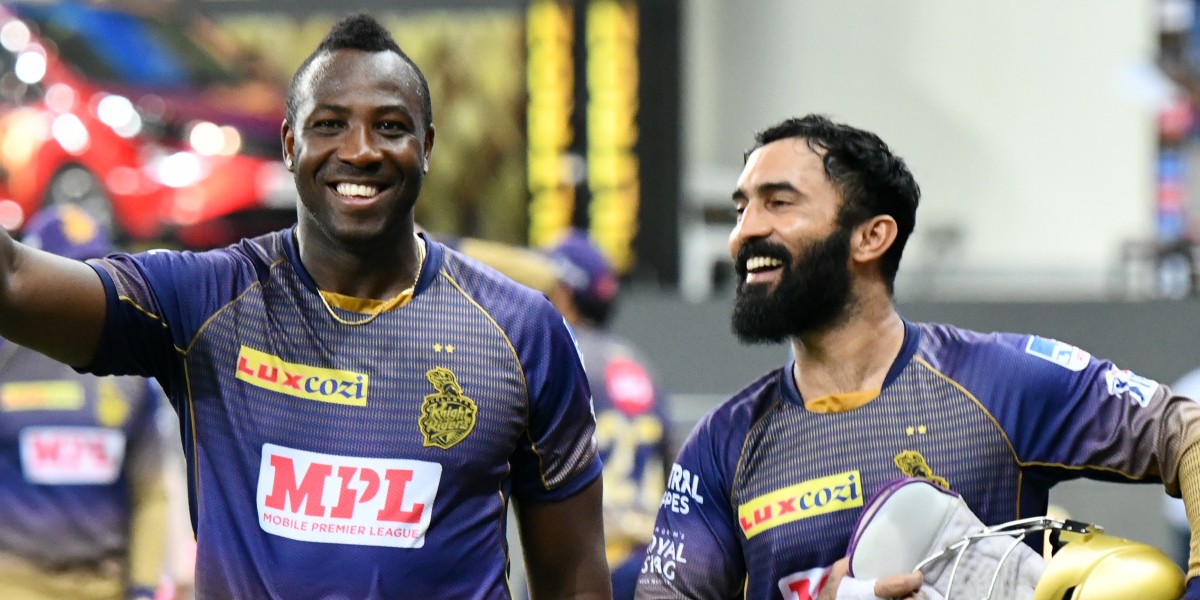 Not just the aforementioned names, in fact, almost every batsman from Delhi Capitals and Kolkata Knight Riders would look to go bonkers from the word go and take full advantage of Sharjah's short boundaries and flat batting surface in the second game of the first double-header day of the Indian Premier League 2020. Both teams have won two games each and would try to consolidate their position in the points table with a win on Saturday (October 3).

The Shreyas Iyer-led side won their first two games of the season before they were outplayed by Sunrisers Hyderabad in their last encounter. Meanwhile, Kolkata suffered a heavy defeat in their season opener but have managed to bounce back with two consecutive victories, thanks to their young superstars.

Sharjah has so far hosted two matches this season and not once a team has scored less than 200 in four innings. A total of 62 sixes have been hit in those two games and the batsmen here have scored at a run-rate of just below 11, which is way better than the other two venues. Both teams have some ferocious hitters and they would be licking their lips on the possibility of pummelling the bowlers into submission.

LACK OF DEPTH IN KOLKATA'S BATTING

With Sunil Narine not firing up the order, Kolkata need one more proper batsman. They have gone with seven bowlers in the last two games, which looks great on paper and gives Dinesh Karthik lots of options to work with, but the tactic could backfire if they lose few wickets in quick succession. Something like that happened in their last game against Rajasthan Royals where they lost three wickets in the space of three overs and they had Pat Cummins in the crease in the 15th over. Things could have gone worse if Morgan wouldn't have stayed till the end.

Narine and Cummins are capable batsmen but you can't have them both in their top seven. The former, in fact, has been in horrible form but dropping him down the order would make no sense. KKR could bring in Rahul Tripathi if they want someone to bat in the top four. If that doesn't work, they could play one of Rinku Singh, Siddhesh Lad or Nikhil Naik in the lower middle-order. And, if that happens, out-of-form Kuldeep Yadav could lose his spot. The left-arm wristspinner has picked up only five wickets in his last 12 IPL encounters and with the likes of Shivam Mavi, Varun Chakravarthy and Kamlesh Nagarkoti doing well, Kuldeep could be the first one to go.

Kolkata spent a total of INR 8 crore on India's Under-19 World Cup-winning members - Shubman Gill, Mavi and Kamlesh Nagarkoti - in the 2018 auction and it was heartening to see the trio, playing only their second IPL encounter together, taking apart Rajasthan one by one. Gill has been Kolkata's top-scorer in their two wins and has batted with a good level of maturity.

Meanwhile, Mavi and Nagarkoti are slowly getting into the groove but could struggle in Sharjah because of the aforementioned reasons. However, if these three could keep performing the way they did against Rajasthan, it would allow their overseas players to play with a lot of freedom.

Meanwhile, the Delhi batsmen have shown glimpses of brilliance but the team management would want them to be more consistent. Prithvi Shaw smashed a superb fifty against Chennai Super Kings, while Rishabh Pant and Iyer are yet to set the stage on fire. The two have been striking at less than 120 and so has been Shimron Hetmyer. These guys however would enjoy batting at Sharjah and would look to get back to their blistering best.

Amit Mishra and Axar Patel have been pretty good this season but it will largely be up to Kagiso Rabada to take care of Kolkata's fearsome middle-order. Karthik hasn't been in great form, while Russell looked pretty solid against Rajasthan. The two along with Morgan could wreak havoc in Sharjah but they will be wary of Rabada. The right-arm paceman from South Africa has the best bowling strike rate in the IPL since 2019 and has also taken the most number of wickets in this time phase. All Russell and Co. have to do is play him out and target other bowlers.