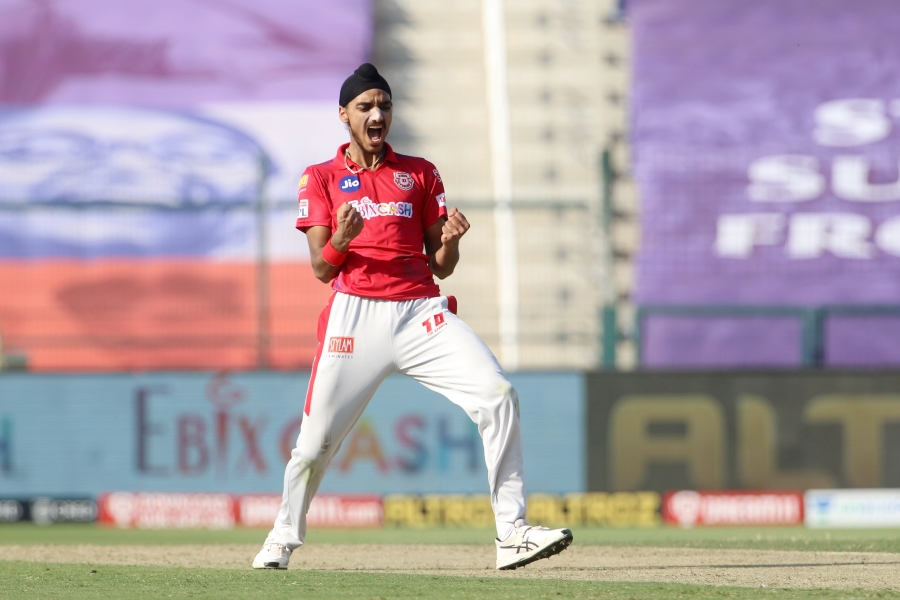 PTI
Since the Super Over win over MI, belief has been great: Arshdeep
The left-arm pacer played a pivotal role in KXIP's crucial win over SRH recently

The nervy double Super Over win against defending champions Mumbai Indians sky-rocketed Kings XI Punjab's belief and played a role in effecting a turnaround in their fortunes in the IPL, according to the team's left-arm fast-medium bowler Arshdeep Singh. Arshdeep played a pivotal role in KXIP's 12-run win over Sunrisers Hyderabad on Saturday night, returning impressive figures of 3/23 to help them defend 126. The win kept them afloat in the tournament.

"We are not looking that far and taking it game by game. After we won that Super Over, the belief has been great in the squad. We believe that we can do anything that is needed for the team. We just stuck to our plans and it paid off," he said.

The win over MI came after KXIP had gone through a lean patch. Thanks to their bowlers, KXIP secured their fourth win on the trot after a prolonged struggle. Arshdeep lauded the "exceptional" performance of teammate Ravi Bishnoi. The miserly leg-spinner picked up one wicket during the match and gave away only 13 runs from his four overs.

"Ravi has been really exceptional for us. He has been bowling really well. The main thing is that his overs are very economical. And when he gets a chance, he gives us a major breakthrough," Arshdeep said at the post-match press conference.

Chris Jordan also claimed three wickets and was named the Man of the Match. With the win, KXIP have taken their points tally to 10 and are placed at the fifth spot in the standings. The 21-year-old Arshdeep, a former India U-19 player, added," The score wasn't big so we thought we'd give it our best. But in the end, we saw an opportunity for the win. The plan was to dig it into the wicket and make them hit to the big side.

"I've been backed up really well by the management, and I'm enjoying this moment. The plan was to just hit the hard lengths."