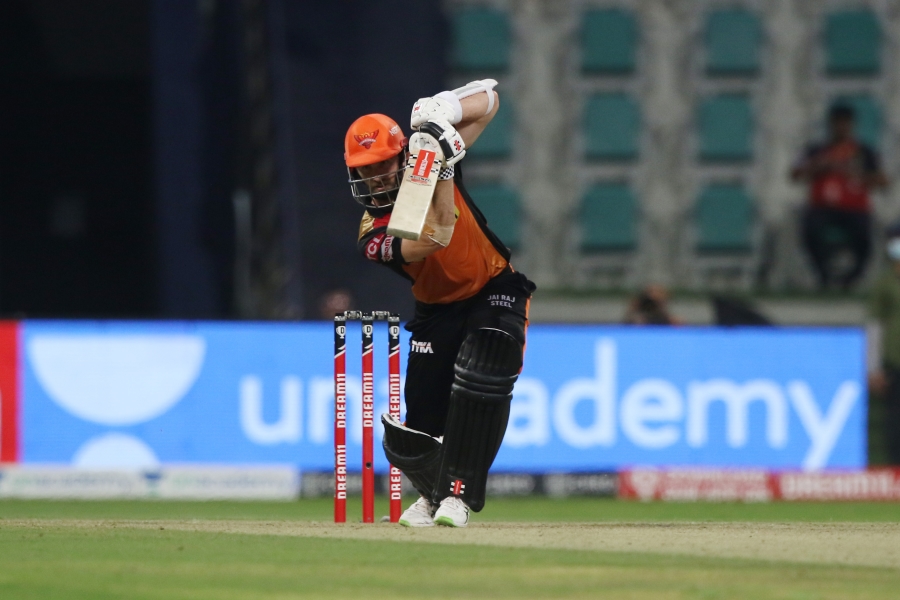 SRH knocked RCB out of the competition with a win in the Eliminator. Here are the major statistical highlights from that game:

Throughout the league stages, Royal Challengers Bangalore were hesitant to send Virat Kohli as an opener. However, in the Eliminator against Sunrisers Hyderabad, the skipper came out to bat as an opener. But, it wasn’t of great help as he fell prey to a ball down leg. RCB’s other opener, Devdutt Padikkal also couldn’t contribute. Aaron Finch and AB de Villiers had to start cautiously and RCB managed to score only 32 runs at the end of the Powerplay. This was their second-lowest Powerplay score this season. 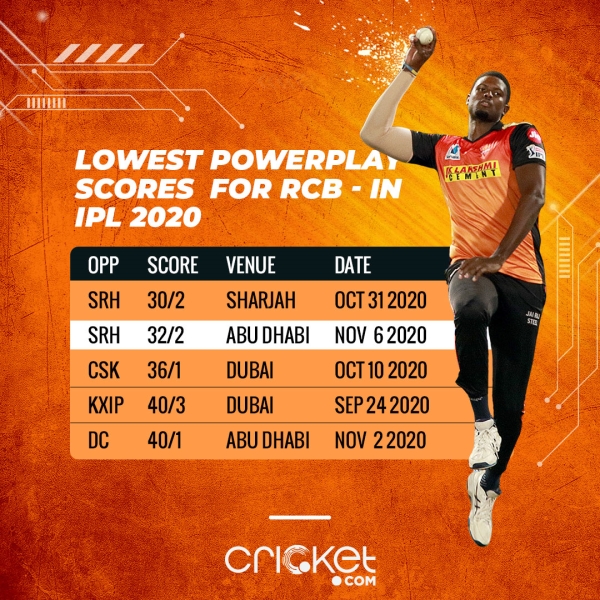 Going wicket-less in the Powerplay

One of the biggest plus points in SRH’s bowling perspective has been their performance at the start of the innings. Sandeep Sharma has been their go-to bowler in this phase and the inclusion of Jason Holder has strengthened the side even more. In total, they have bagged 26 wickets during the Powerplay which is the second-most by a team. To better that, in the 15 matches they have played, only once have they been wicket-less during the Powerplay. This is the least a bowling team has gone wicket-less in this phase in IPL 2020. 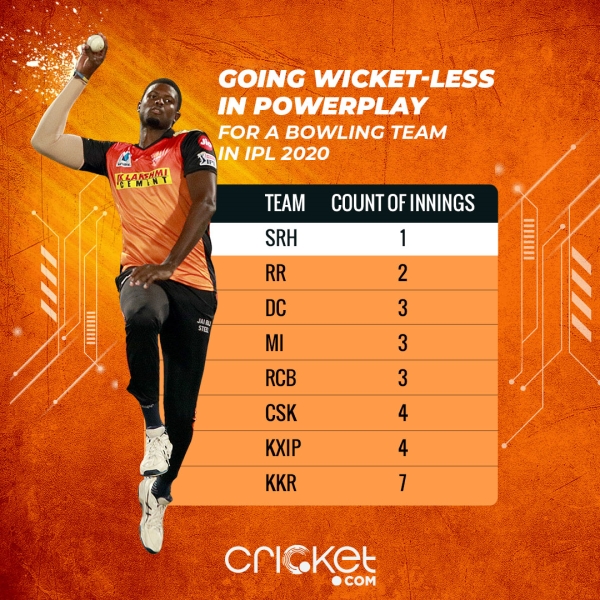 In a tricky chase of 132, SRH were off to a good start scoring 48 runs in the Powerplay, but they had lost two wickets. David Warner being the big one. At the start of the middle overs, RCB spinners spun a web around the SRH middle-order batsmen. Going into a shell, SRH batsmen could score only one boundary during the nine over phase. RCB bowlers bowled 26 dots in this phase. As a result of that, SRH could score only 39 runs for the loss of two wickets. This was their personal lowest score during overs 7-15 and overall, the second-lowest of this season. 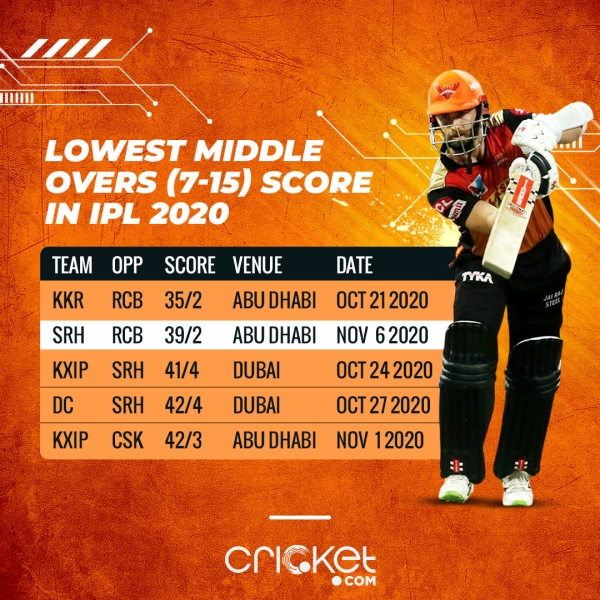 RCB's failure to defend a total below 150

In an eliminator, there is no room for second chances. RCB batsmen at the start faltered and could put on only 131 runs on board. Keeping their awful record while defending a sub-150 total, it was a task cut out for their bowlers. Since 2009, RCB have failed to defend a sub-150 total in a complete 20-over match.

Can Sunrisers reach another final?

For SRH it must be like 2016 all over again. In the 2016 edition, in which they won the title, the situations were somewhere similar. They had to win all the last few matches of the league stage to make it to the Playoffs. They reached the finals from third spot and went on to win the title. This season as well they have ended up at the same spot and they have fought their way through one hurdle. Since their title-winning edition in 2016, SRH have made it to the Playoffs every season. 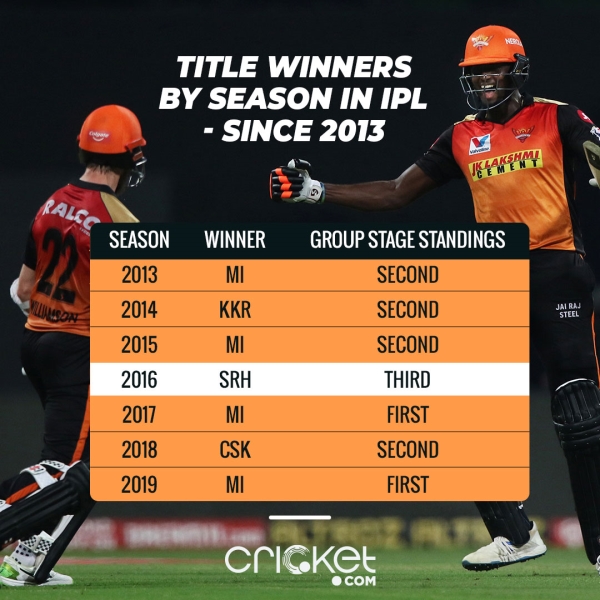 Slowest half-century for Kane Williamson in the IPL

Though it is a record that a batsman wouldn’t want to have, in certain situations like Kane Williamson was, it is an exception. After a healthy start, once again, SRH's middle order was heading towards a muddle. However, the calmness of Williamson bailed them out. When the RCB spinners were bowling superbly in the middle overs, he made sure he didn’t lose his wicket. But also, with his collective intent, Williamson didn’t let the required run-rate go above reach. He registered a 44-ball half-century which is his slowest in IPL.