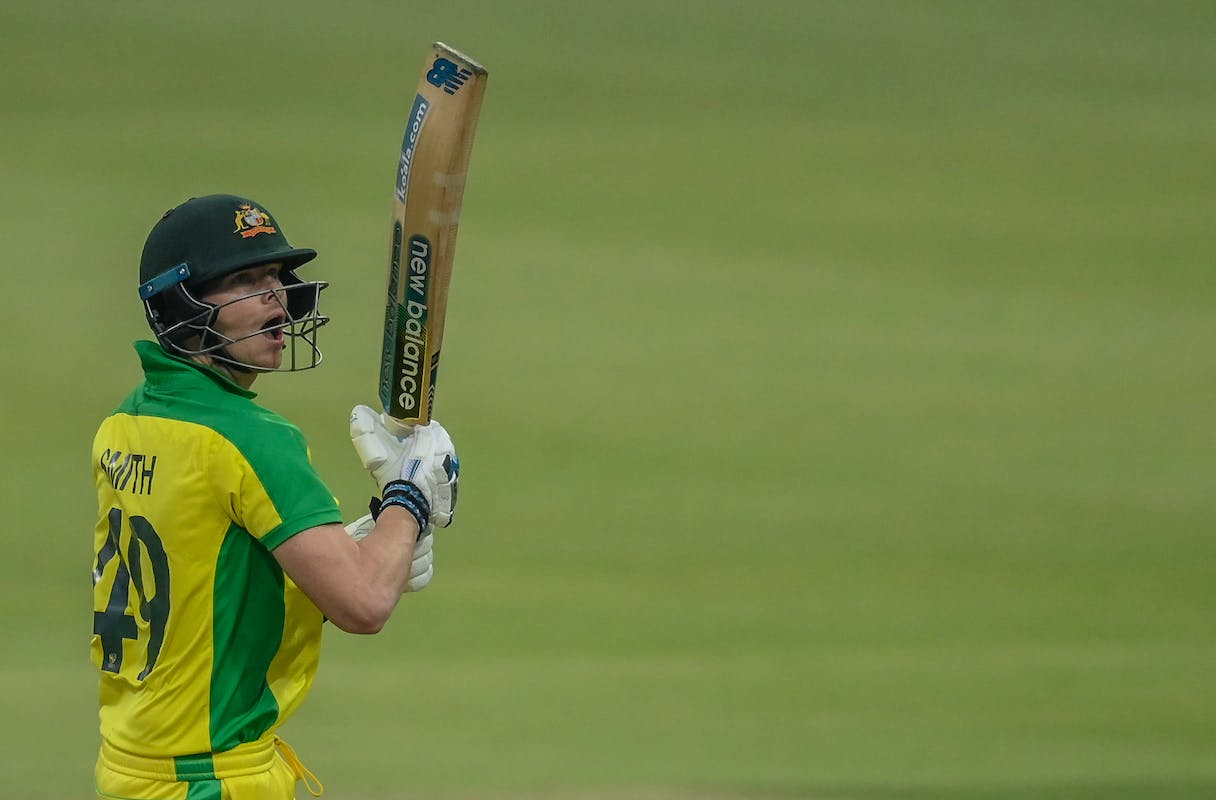 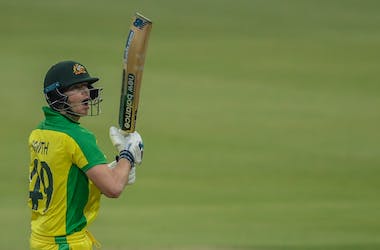 Mitchell Marsh and Marcus Stoinis being locks will mean come the T20WC, there’ll be space for just one of Steve Smith or Tim David

Australia skipper Aaron Finch, speaking ahead of the side’s first T20I against West Indies, did not reveal who amongst Steve Smith and Tim David is higher in the pecking order, and claimed that who plays will depend on the overall structure of the side.

Despite his dwindling returns in the shortest format, Smith has been a regular in Ausralia’s T20I side, but the emergence of David has put the veteran’s spot in jeopardy. Across the past 18 months in franchise cricket, David has been one of the best middle-order batters in the entire world and in the series against India, the 26-year-old enjoyed a considerably more impactful series than Smith, who looked lost for the most part.

Mitchell Marsh and Marcus Stoinis being locks will mean come the T20WC, there’ll be space for just one of Smith or David, and Finch described the same as a ‘good problem to have’. The existence of the good headache, Finch said, was proof of Australia’s strength in depth in the shortest format.

"It just depends on the way we want to structure up the team," Finch said on Tuesday, talking about the Smith-David conundrum.

"'Smudge' (Smith) has played a really important role for us being flexible through the powerplay or potentially sliding a little bit outside the powerplay.

"That shows the depth of the squad and the strength of it that we're having those tough calls to make it at various times.

"It's a really good problem to have.”

The Australian skipper said that the group has a more-than-fair idea about the best XI, but asserted that injuries have stopped the side from fielding what would be their strongest team.

"It's never easy when you're trying to balance up the side, particularly when the allrounders aren't fully fit at the moment. That gives us an opportunity to keep tinkering with the squad.

"We feel as though we've got our best XI in the back of our mind, but it's just not everyone's 100 per cent fit at the moment to make that happen.

"But we've still got a little bit of time for that over the next two and a half weeks."

Not just David and Smith, Australia’s squad is so stacked that there is no space in the World Cup squad for someone like a Cameron Green, who obliterated India in his first full-series in the shortest format.

Finch spoke highly of the talented all-rounder, but played down the 23-year-old’s chances of making it to the final fifteen.

"I'm not sure at the moment – I don't think so,"  Finch said, talking about Green’s chances of making it to the T20WC squad.

"It's just one of those things – he had a really good tour of India, it was good for him to get an opportunity to open the batting so he'll get more opportunities.

"He'll get an opportunity at some point in this series. The reason we've carried him is to have an extra bowling resource as well.

"Obviously his batting is exceptional, and he shows a lot with the ball. He keeps developing and he keeps improving every time he gets an opportunity."

Perhaps Green might get a look in should Marsh get injured, but Finch, in no uncertain terms, made it clear that Mitch Marsh is Australia’s No.3 as long as he’s fit and available, even if he’s not bowling.

"He's made that number three spot his own in T20 Cricket," Finch said of Marsh.

"The way that he played in the lead up and then through the World Cup (last year) is so important for the way that we want to play and to give us a lot of flexibility through that middle order."