Sometimes you need to have difficult conversations with players: Dravid on selection conundrum 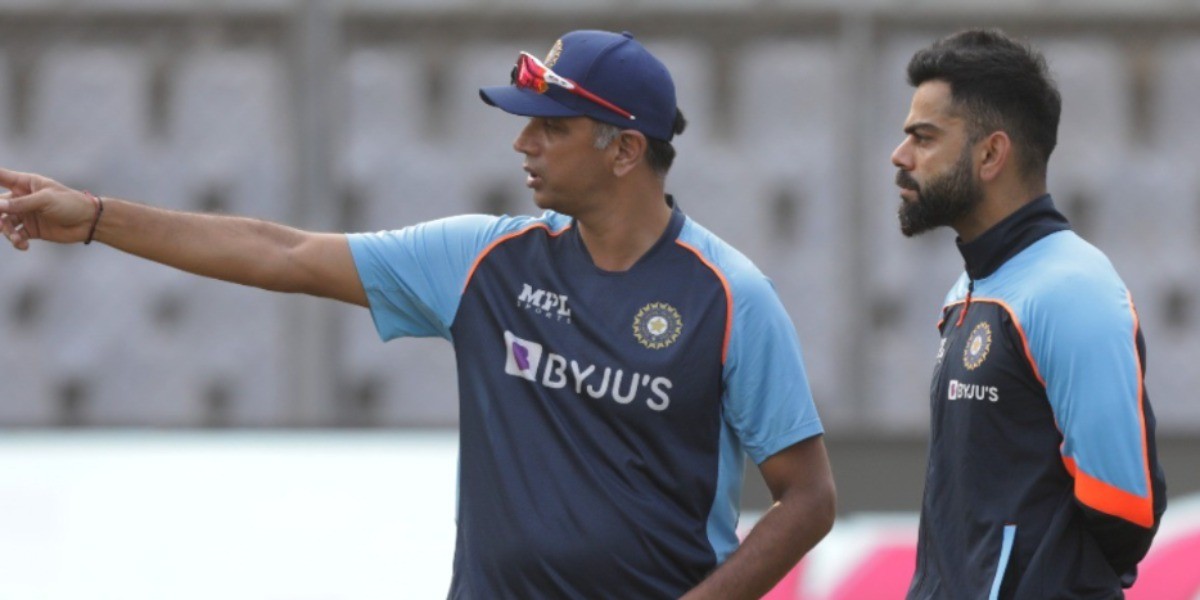 Sometimes you need to have difficult conversations with players: Dravid on selection conundrum

Head coach Rahul Dravid didn't let the world in on his preferred playing XI for the opening Test against South Africa but said Indian players have been "professional" when it came to handling "difficult conversation" about their places in the side.

As India geared up for the Boxing Day Test against one of the most depleted South African sides in recent times, Dravid said it's good if players are disappointed at not being picked as it testifies that they care and have the hunger to be in the middle of the action.

The senior members of the Indian side, Ajinkya Rahane and Ishant Sharma, have been enduring a rough phase in the longest format of the game and might miss out on a place in the XI for the opening Test.

"I think the guys have been very good about it, and I think most players are professionals. I mean, obviously, sometimes you need to have difficult conversations with players, and by difficult, you know what I mean, telling any player that he is not playing, it's hard as everyone wants to play and be part of playing eleven," Dravid said in a press conference before the first Test.

The batting great believed that most senior players have taken tough decisions at some level, maybe when they have captained first-class sides or been part of a leadership group.

"They understand situations and not the first time, they had been in situations like this, and some of them are in senior positions in their state teams, and they are part of decision-making groups where they leave out people."

"And some of them might be in leadership positions, and some of them are part of senior leadership groups which makes decisions like this, so they understand and as long as they know the reason and we can communicate about it," he said.

The former skipper of the national side said that disappointment, at times, is a good thing as it keeps the fire in a player alive but stressed that if a tough call is taken, a player needs to take that in the right spirit.

"I don't want everyone to not be disappointed, as that's one of the reasons that makes people succeed at this level. You want to be playing, you want to be competing, you don't want to be sitting out.

"But how you take that as you sit out and how you respond to that and that's a test of your attitude. So far, I have had no complaints, and everyone has been fantastic about it," the head coach said.

For Dravid, any decision on playing XI would be based on conditions and the opposition's preferred combination rather than getting carried away.

"But we won't get carried away and make decisions. We have had very good conversations within the selection group for the tour and having some healthy discussions about what we think is the best XI that gives us the best chance to win a Test series in South Africa," he added.

When someone asked if he found this current South African attack a bit weak, Dravid was quick to refute that view even though the home team won't have the fiery pace of Anrich Nortje to complement Kagiso Rabada.

"Don't think this attack is casual weak by any stretch of the imagination, but I will agree with you that our attack is certainly more experienced than South Africa attack at this point in time, with the number of Test matches played," he said.

"And it might not have been the case in the past, but they have got quality and some very good bowlers (Duanne Oliver) in home conditions and got some proven performers (Rabada) as well."

"We will certainly not take them either casually or lightly, and we have a contest in our hands, and we know we need to put up kind of score that helps our bowlers take 20 wickets, there will be a period in Test series where we will have to fight really hard."

India have not won a Test series in the Rainbow nation, and Dravid said the conditions would be challenging with the variable bounce.

"It's very rare that in a series like this, one person is going to score in every single game. I would love that to happen from our side but I know there needs to be contributions from everyone. That's what we are focused on and not one or two individuals," he concluded.