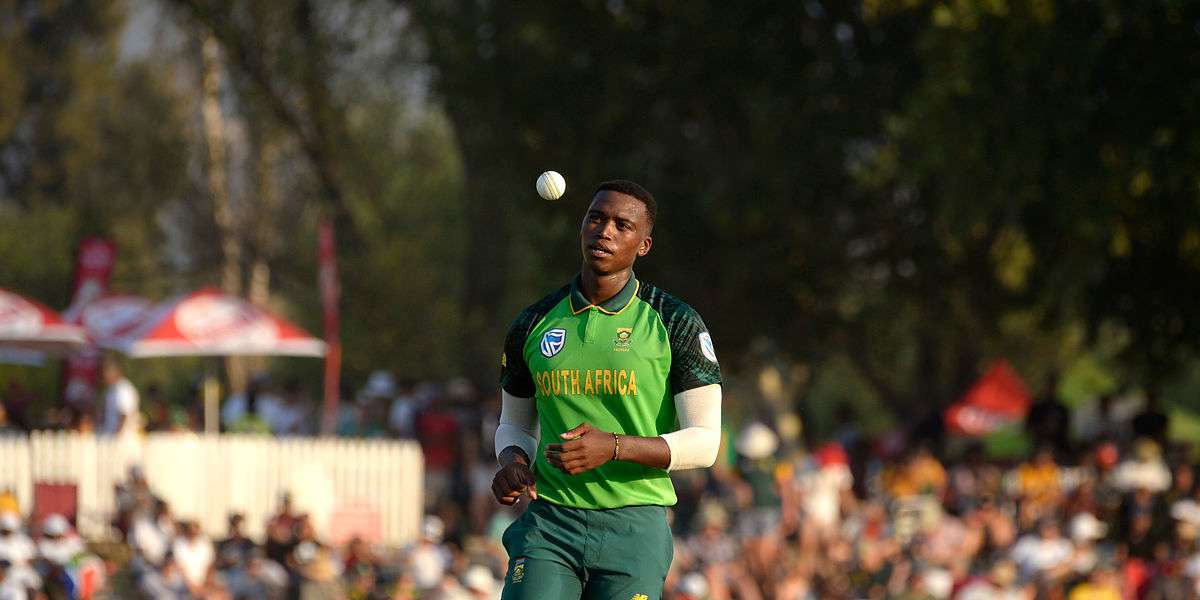 On what he has been up to during the lockdown

Ngidi: What I've been up to at home - not much really. There's not much to do. I live in an apartment so can pretty much only just work out, watch TV and read a bit. Other than that, there's not much else to do.

Any new hobbies or interests picked up?

No, no new hobbies being picked up, but I am watching a lot more documentaries now. Brushing up on a lot of general knowledge that I didn't probably have before. So that's probably the most educational part that I am picking up on.

On how he's managing staying away from family

Yeah, it's obviously always difficult being away from the family. But it was better this way because obviously having come from India, coming through Dubai - I couldn't risk going home and if I did have COVID-19, (risk) giving it to the family. So I chose to rather stay this side and make sure they are 100% okay. They seem to be doing well, that does lower the anxiety levels a bit. I'm a home buddy, this lockdown hasn't really affected me as much as people think it has. Yeah, I do obviously miss playing cricket but you know to be in the comfort of my own home, it's not something I've been uncomfortable with. So I feel very at home and now it's not getting to me.

On coming back from injury

I'd say the road back to cricket, it wasn't as bad as people think it was for me. I'm not sure, I do work hard, it wasn't an unfamiliar area for me. To be honest with you, I didn't feel as though I was down and out. Like I've always said, every person has a different formula and I'm still trying to figure mine out. Going to that camp at the HPC helped me do that. I figured out I've probably got to work a lot harder than other people, it doesn't come as naturally. So it just helped me and put me down the right path to be honest. 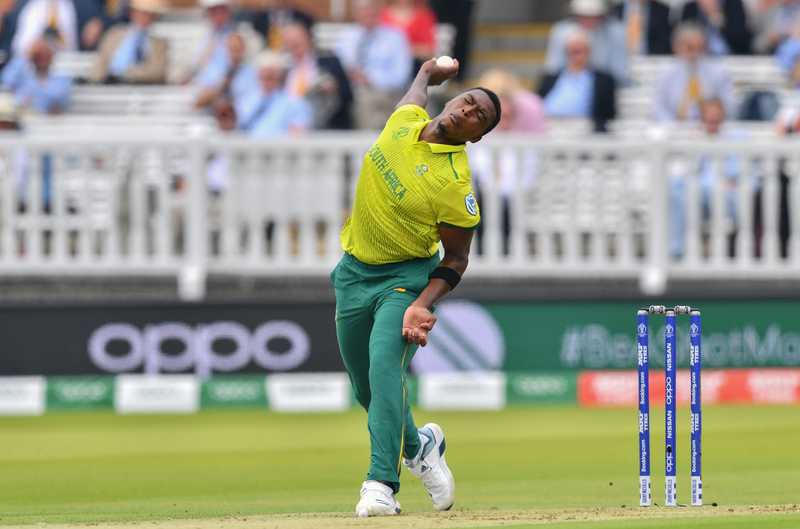 I think I've always been pretty strong mentally, I didn't have any issues there. Always people have opinions and will always speak but that doesn't mean that's always right. The only thing I could do was just focus on the work that I have to do and I seemed to have reaped the benefits in the last few games that we have played.

How does he rate his performance this summer?

If I would have to rate my performance over the last summer, I'd probably rate it at about a six (out of 10). It was good, but to me personally it still wasn't good enough. There were a few games where I could have gone for a lot less runs. I did pick up a few wickets, that is my job. So I was happy with that but it's not the finished product. I still feel that I can deliver a whole lot more and a whole lot better.

Having (Charl) Langeveldt back has been really good for me. He is very supportive, he encourages the way I think, so as a bowler I feel really comfortable with executing my plans. I never feel as though the bowling coach is not going to agree with what I am saying. He does understand and he has been there before, I think that helps that he has been in situations where you have the ball and you have to deviate from the game-plan. He's very understanding with that. He has got a lot of knowledge and was a very skilful bowler. It has really helped my cricket a lot. I think he's just helped me play my way which has helped me take a lot of wickets.

On the current South African team

The team did very well, a lot of steps in the right direction. There's obviously still a lot of work to be done, but it was very good to see a couple of wins. Some of the best teams in the world, ranked the highest in certain formats and we were able to beat them. So it does show that obviously we have a strong team. I just think you can see the other teams have had these teams for a very long time and we've got probably another 4-5 new guys that have come into the team now. So obviously, it's a different phase for us, but it's moving in the right direction so it was good to see the wins that were happening. But obviously, there is still a bit of work to do. 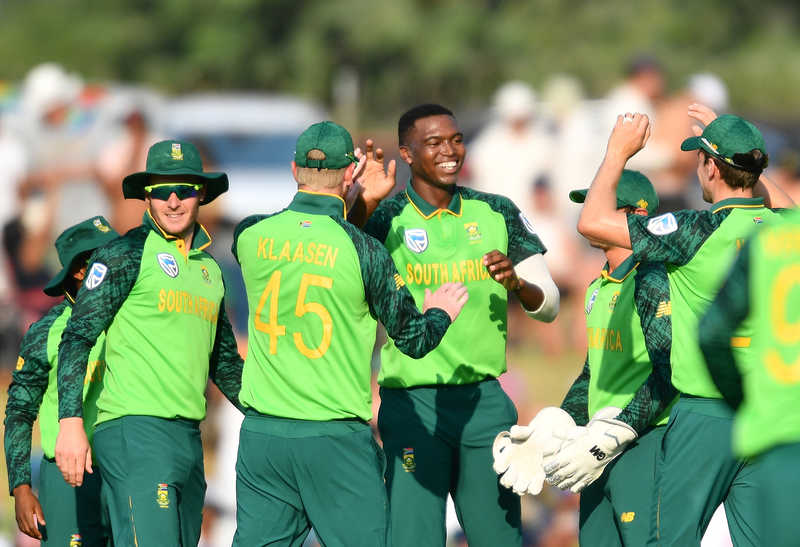 On the 3-0 win over Australia in the ODIs

You know, I think it's different for everyone when you talk about confidence, because even from the T20s I saw the way we had played to win the 2nd T20, I had confidence from that already, the last one was unfortunate as we were outplayed and that happens in cricket, but in the ODIs it was a different energy, the guys were desperate to win, I think that made the difference at the end of the day in terms of the performances we put out on the field. It’s not nice losing a series at home, so to come out and want to win was one of the main things that drove the players towards that whitewash. We always believed in ourselves, David Miller was one person who kept talking about the point of us believing that we deserved to be where we are, I think that was the main thing that led us to the whitewash, obviously winning games does give late does give you a lot of confidence and moving forward to India you could see a different energy within the team and it was really exciting to see, but with certain events that occurred after that, that’s probably gone now and we have to start from scratch and rebuild towards that energy we've had.

On the bowling unit's show against Australia in the ODIs

The batting unit was fantastic, it was nice to just sit on the side of the fielders, and the bowlers and watch the guys go about their business. As a bowler it’s always not a nice feeling to strap on the pads and go out and bat, yes, it’s part of the game, but you like to focus on what your job is and my job is to bowl. So, it was really enjoyable, I really had fun watching the guys go about their batting, the confidence they showed, doing the basics very well, putting on totals that were defendable as our bowlers believed that we can defend anything, so when the guys go out there and put runs on the board we already feel we have won the game. It was very good to see and very enjoyable, you could just see how happy the camp was when guys were performing and scoring their runs.”

What's his advice during this period?

All we can do is wait, I mean safety of humanity comes first, cricket comes second and it wasn’t a very busy 18-odd months for me as I started to play only in January again and even though in a short space of time we actually played a lot of games, 3 ODIs vs England, 3 T20Is another 3 T20Is and another 3 ODIs against Australia, so it was a lot of games in a short space of time, it felt like a lot of cricket. 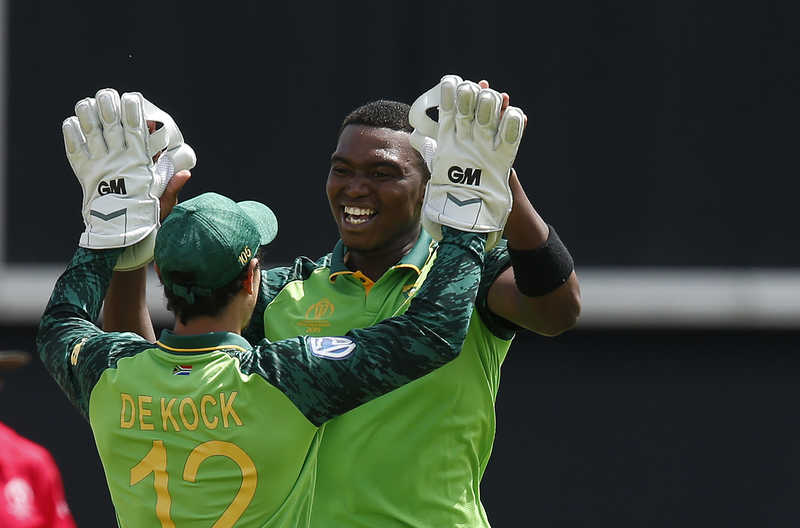 It actually wasn’t that hectic for me, there is someone like Quinton (de Kock) who has been playing for months on end, and sometimes having to have a bit of a rest, but seeing those guys' energy levels were starting to drop a bit, but when it was game time they would go through. Itching to get back out onto the field, but there is nothing we can do, we just need to wait and see what happens.

Thoughts on the lockdown

All I can say to fellow South Africans and sports followers, patience is what’s going to help us in this time period. Rushing something like this is not going to help us in any way moving forward, if anything that could put us in danger, we have seen around the world, what has happened when you don’t abide by the rules or follow the lockdown rules, the situation can get out of hand. Yes, the lockdown is difficult, but if we are thinking about the bigger picture which is the future of South Africa, I think that is very important for us, if we can abide by the rules, be patient and wait this out as we have been asked to.

What is he looking forward to after this ends?

What I am looking forward to most after this lockdown is probably just to go outside and have a jog like I usually did on a regular basis, that’s one thing I miss a bit and also a nice net session with the team, you know the energy levels fueled in, just being together on the field again is something that I am really looking forward to.