South Africa’s grit and determination saw them over the line at the Wanderers: JP Duminy 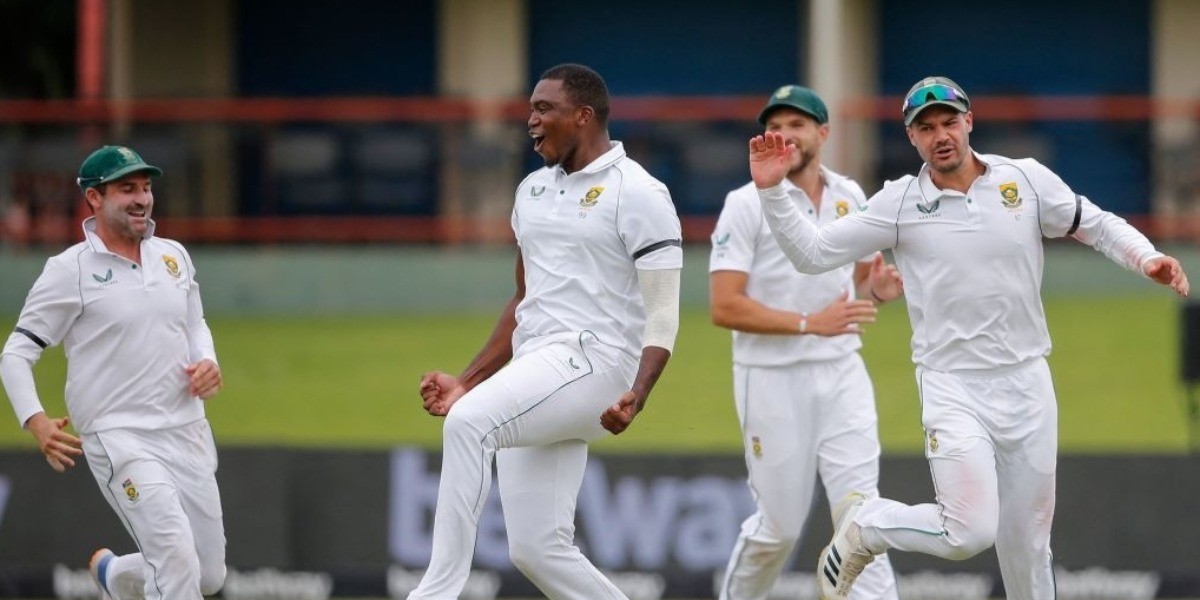 South Africa’s grit and determination saw them over the line at the Wanderers: JP Duminy

South Africa chased down 240 in the fourth innings at the Wanderers to register a historic win and with that, they have levelled the three-match series 1-1. All eyes will now be on Cape Town, where the decider will be played, starting Tuesday (January 11).

Former South Africa all-rounder JP Duminy had predicted that South Africa will bounce back in Johannesburg after a drubbing at Centurion and that’s exactly what they did. He puts South Africa’s comeback to the grit, determination and leadership shown by their skipper Dean Elgar.

Elgar was Proteas’ mainstay in the chase, taking his side home with a well-crafted 96* and took plenty of blows to his body along the way.

“It's been a tough 2-3 years in Tests for South Africa. There have been lot of shuffling around in the batting line-up, there have been players coming in and out. One or two have really stamped their authority, none other than the captain Dean Elgar leading from the front in this Test match,” Duminy said on Cricket.com’s show ‘The Final Frontier.’

“It sets up for a fantastic finish. I was very convinced of an improved performance. Using the word improved for this performance is not giving it the right emphasis. They showed a lot of grit, determination. We've always associated the word resilience with the Proteas and they showed so much of that in the last couple of days,” Duminy added, talking about South Africa’s emphatic victory.

Further praising Elgar, Duminy said that Elgar was not just doing his bit behind the scene, but also answering the call with the bat as well, showing terrific character.

“You look at the first Test at Centurion and the pummeling they got from India there, a lot of people would have written South Africa off. Elgar spoke in the media about some hard conversations needing to be had. Knowing the character of Elgar, he would be front and centre in terms of conversation and really challenging the guys in a positive way to get the best out of them,” Duminy said of his former teammate.

“What really stood of from a character such as Elgar is the fact that he led from the front in terms of his performances. Particularly in that second innings when he took those blows at no point did he show any sort of weakness on his grit and determination of getting his team over the line,” he added.

Speaking of India’s bowling, Duminy reckons that the difference between the two sides at the Wanderers was that the South African bowlers were taller than their Indian counterparts, due to which they were able hit the deck a little harder.

“I was thinking about the contrast between the bowling attack of South Africa and India. When you think about the Wanderers and the conditions you have on offer, we spoke earlier about the tennis ball bounce. You think about the delivery points of the bowlers, with the South Africans being taller in nature and more of a hard-hitting the deck kind of approach, which then extracted a lot more out of the pitch,” Duminy opined.

“You think about Siraj, Bumrah and Shami who generally look for a bit of shape - yes, Bumrah can hit the deck hard from time to time but not necessarily the tallest guy and unfortunately didn't extract that bounce that South Africa were able to.”

Duminy also likened Shardul Thakur to Vernon Philander given his accuracy and ability to use the pitch to his advantage.

“I'd liken Shardul to someone like Vernon Philander. The reason why he comes to mind, I think about how he goes about getting his wickets. There was a crack he utilised to his advantage in the first innings. But what's impressive is the ability to wobble the seam but be consistent with your lines and length. You’re allowing the surface to be your variation,” Duminy who thinks the Wanderers Test was one of South Africa’s greatest victories, said.

Duminy quickly adds that Shardul has the added advantage of being able to swing the ball more than Philander.

“When the ball lands on each side of the seam, it could move in different directions or it keeps particularly low or bounce towards the batter. This was something Vernon was immaculate at. He used to say, he kept the ball in a certain way and I get that impression with Thakur as well. The added advantage is that he has the ability to possibly swing the ball a little more than Philander.”