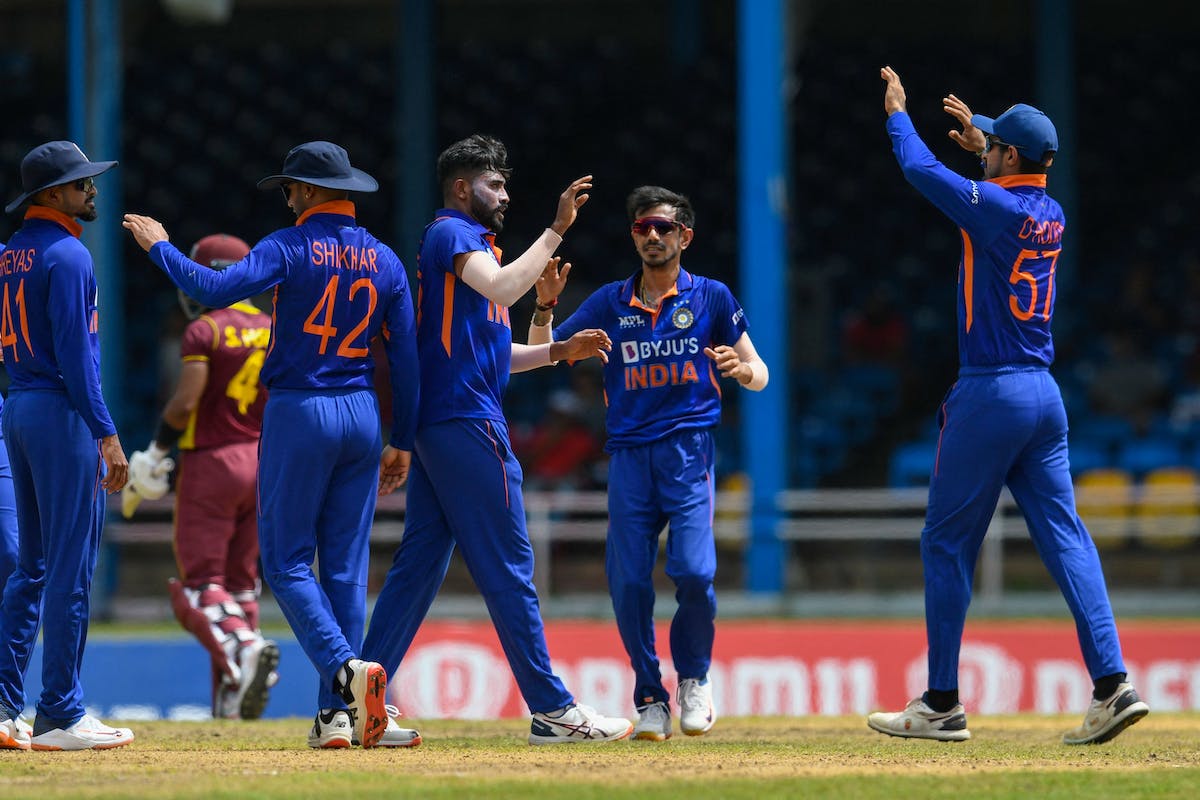 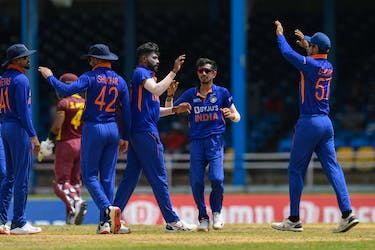 After testing India to the hilt in the first ODI, West Indies will believe they can cross the finish line too

England are ranked number two in the current ODI rankings but didn’t challenge India enough in the two games that they lost in the ODI series only a fortnight ago. Meanwhile, West Indies, ranked ninth as compared to India’s third, tested the Indian bowlers to the hilt in the first ODI. Chasing 308, they kept themselves in the contest till the last ball. It was an admirable effort considering that West Indies have the second lowest ODI batting average among Test nations since the 2019 World Cup - 28.6.

“For us, the biggest learning is to believe that we can fight - doesn't matter the conditions," said the West Indies skipper Nicholas Pooran ahead of the first ODI against India at the Queen's Park Oval. West Indies fought alright. The skipper was proud of the effort saying: "It definitely feels like a win for us” but also stated that it is difficult to lose.

For India, it was a timely reminder that they cannot take things lightly. After an excellent start from the openers, the team fell a few runs short during the death overs. The bowlers never looked in complete control of the situation. Heading into the second game, which can extend their domination over the Windies to the 11th successive ODI series win, India will have a few pointers to address.

Shikhar Dhawan and Shubman Gill set the perfect platform for a mammoth total, adding 119 runs for the first wicket. However, post Dhawan’s dismissal in the 34th over, India could manage only 98 runs off as many balls for the loss of five wickets. West Indies, on the contrary, smashed 86 runs off their last 10 overs, losing only one wicket. The graph below affirms that more than West Indies accelerating at the death, it was the Indian batters who slowed down. 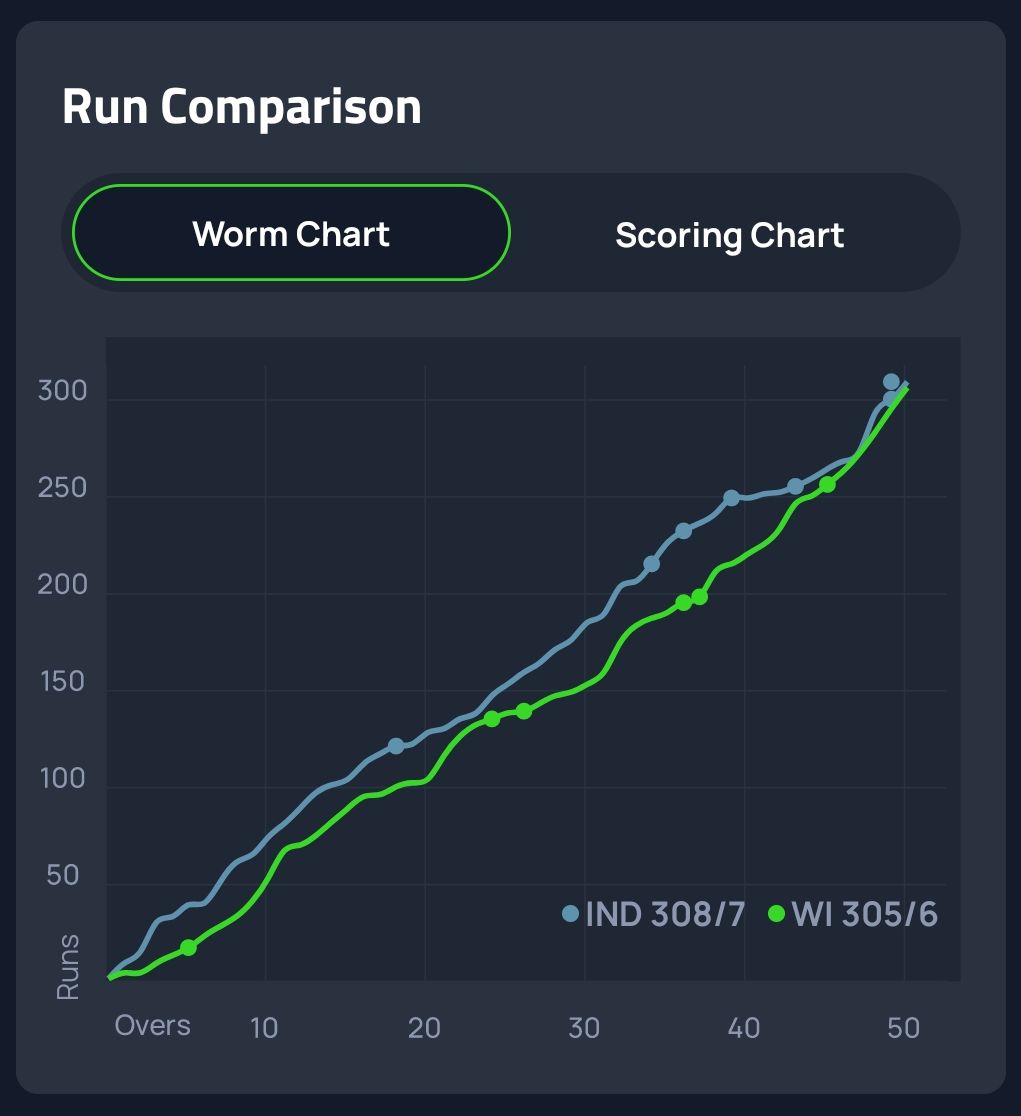 Each batter in the top three - Dhawan, Gill and Shreyas Iyer - notched up fifties but didn’t continue to convert it into a defining hundred. In fact, since 2021, India have only two hundreds in 15 ODIs - KL Rahul and Rishabh Pant, both of whom are not a part of this squad.

Addressing the same, in the second ODI, if the top-order gets a start again, you can expect at least one of them to try to bat through. India adopted a bold batting approach in the white-ball games in England. However, to achieve success with it, one batter holding the innings together is still pertinent. Especially when you are missing your first choice players.

Pacers need to be more consistent

The lack of experience was clearly felt in India’s pace bowling in the first ODI. Owing to the conditions, the pacers from both sides struggled to make inroads. Yet, given West Indies’ poor batting record of late, one expected better returns from India bowlers. There was little to separate in terms of economy (6.2 for India vs 6.3 for West Indies).

Prasidh Krishna has suffered a string of ordinary games now - 1/53 in eight overs at Lord’s, 0/48 in nine overs at Old Trafford and 0/62 in 10 overs at Port of Spain. Shardul Thakur has a struggle story of his own this year, irrespective of the format. He has always been on the higher side in white-ball cricket. His economy rate in ODIs this year is 6.2 which is strangely an improvement from 6.7 last year. But unlike last year, he has not been amongst wickets that has deemed the little improvement in the economy rate vastly insignificant. Thakur broke the big partnership in the first ODI but overall, he averages 48 runs per wicket this year.

It was the unpredicted Mohammad Siraj redemption that helped India pull things back in the end.

The difference in the rhythm of the three bowlers is clearly visible in the pitch map above. Only Siraj was able to hold his line and length. Thakur was a bit haywire in comparison and Krishna splattered the ball all over the pitch.

India have multiple options in the pace bowling department with Arshdeep Singh and Avesh Khan waiting in the wings. Whoever plays, India need more consistency in their pace battery.

It is tricky to analyze West Indies differently given both teams proceeded in a similar manner. On a long lasting note, batting has been the biggest cause of worry for the Windies. One of the biggest letdowns was Pooran himself who got in and got out.

Each one of Pooran, Kyle Mayers, Shamarh Brooks, Brandon King and Shai Hope have shown solidity in the middle. Except it has not come together as a team. That is where he and his team will look to improve in the second ODI. West Indies have a capable enough lower order with Romario Shepherd and Akeal Hosein extending the batting till number eight. But the lower order can do the demolishing job instead of the rescue act only if the specialist batters come together.

After a closely fought first ODI, it is unlikely that any of the two sides will make changes. India can ponder giving a debut to Avesh Khan or Arshdeep Singh ahead of the struggling Krishna.