Stats: Bairstow hits the joint-most sixes in an innings in the powerplay 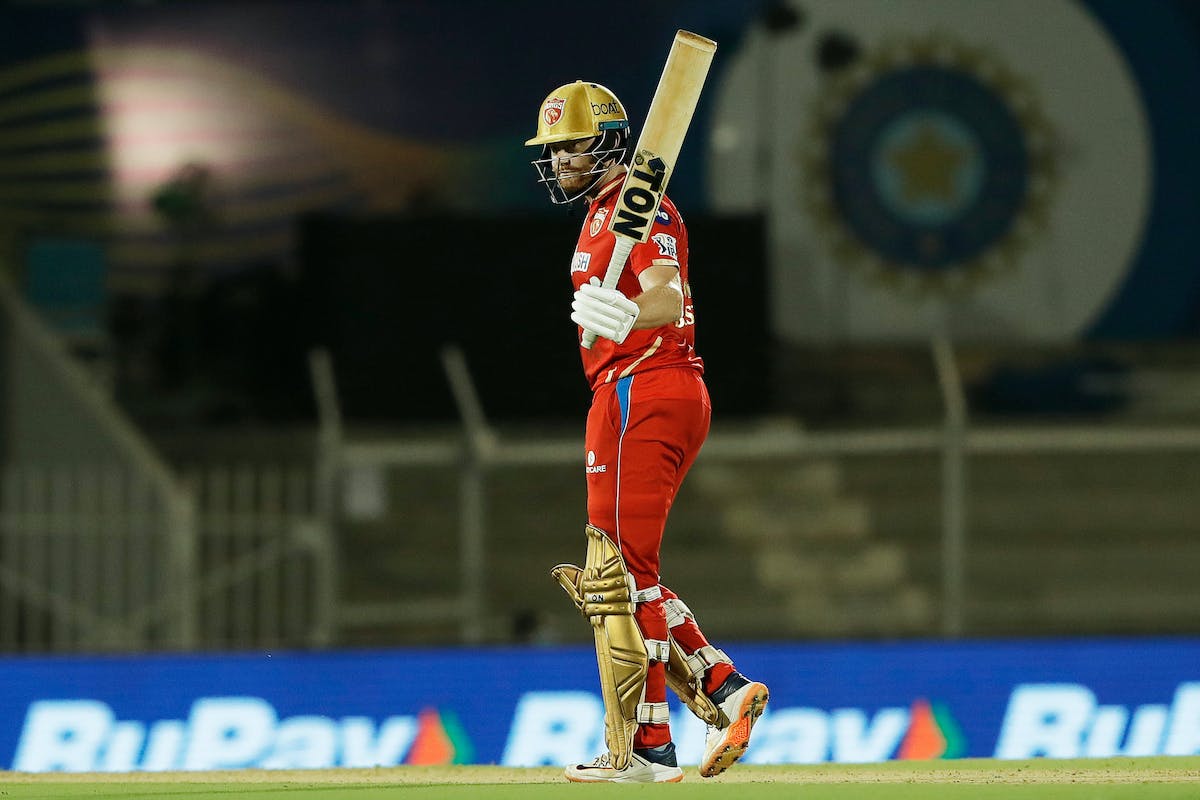 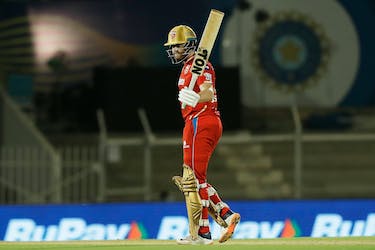 Stats: Bairstow hits the joint-most sixes in an innings in the powerplay

Bangalore blown away by Bairstow blitz

When low on runs and form, nothing beats the pleasure of scoring runs against a team that he tends to excel. Jonny Bairstow had the pleasure of it and he took this match against Bangalore to announce his comeback in the edition. 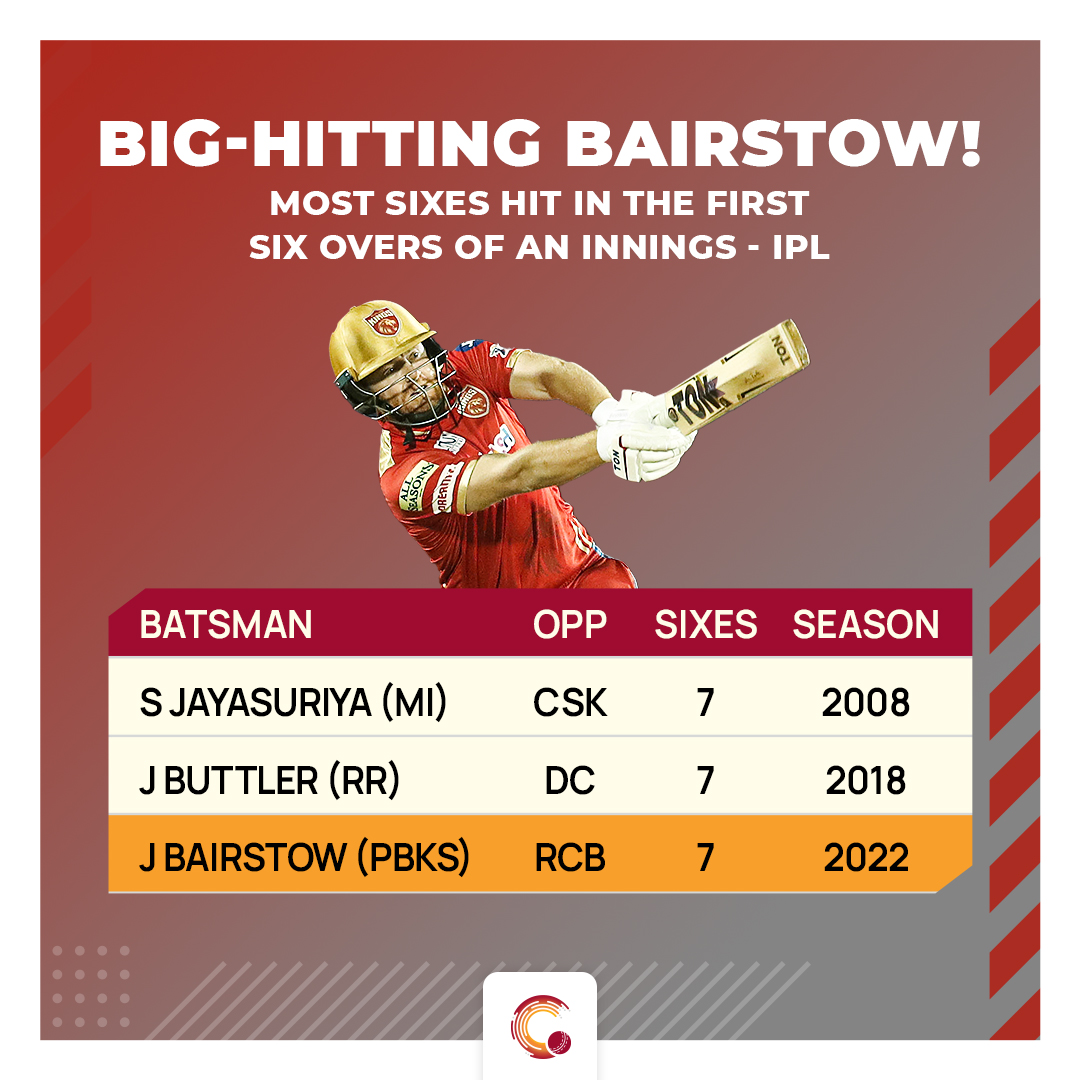 Heading into this match, Bairstow had scored 162 runs at an average of 62.3 and strike rate of 167 against Bangalore. In the powerplay itself, Bairstow unleashed his brutal side and clubbed seven sixes in the first six overs. In an innings of IPL, only two other batsmen have hit as many sixes inside the powerplay in an innings as Bairstow. 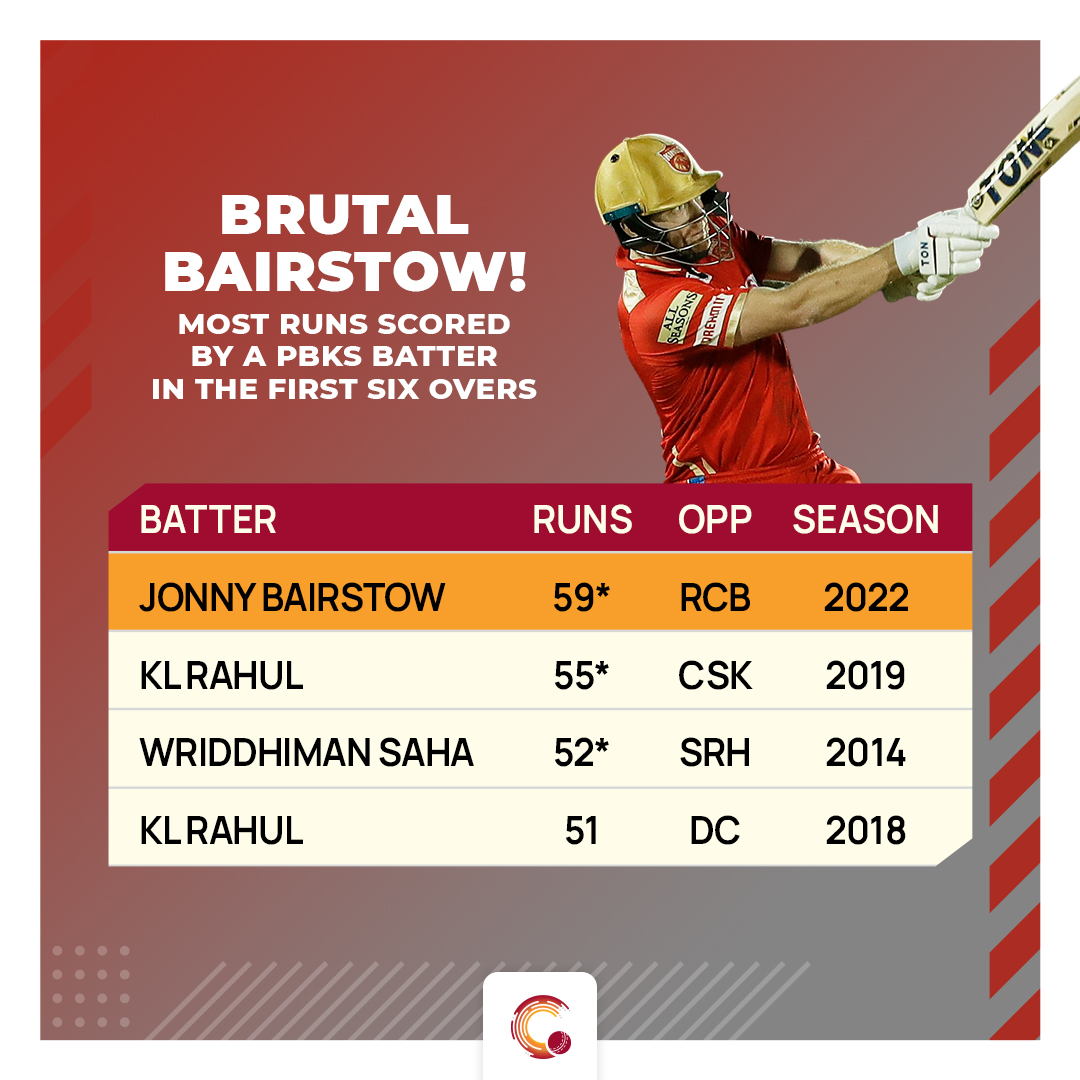 By virtue of scoring 42 runs only from sixes, Bairstow went on to register his half-century within the powerplay. He became the third Punjab batsman after KL Rahul (twice) and Wriddhiman Saha to hit a fifty within the first six overs. Not only that, his score of unbeaten 59 is the highest score for a Punjab batsman in this phase in an innings in IPL.

Punjab batters back at pulverizing the bowlers in powerplay 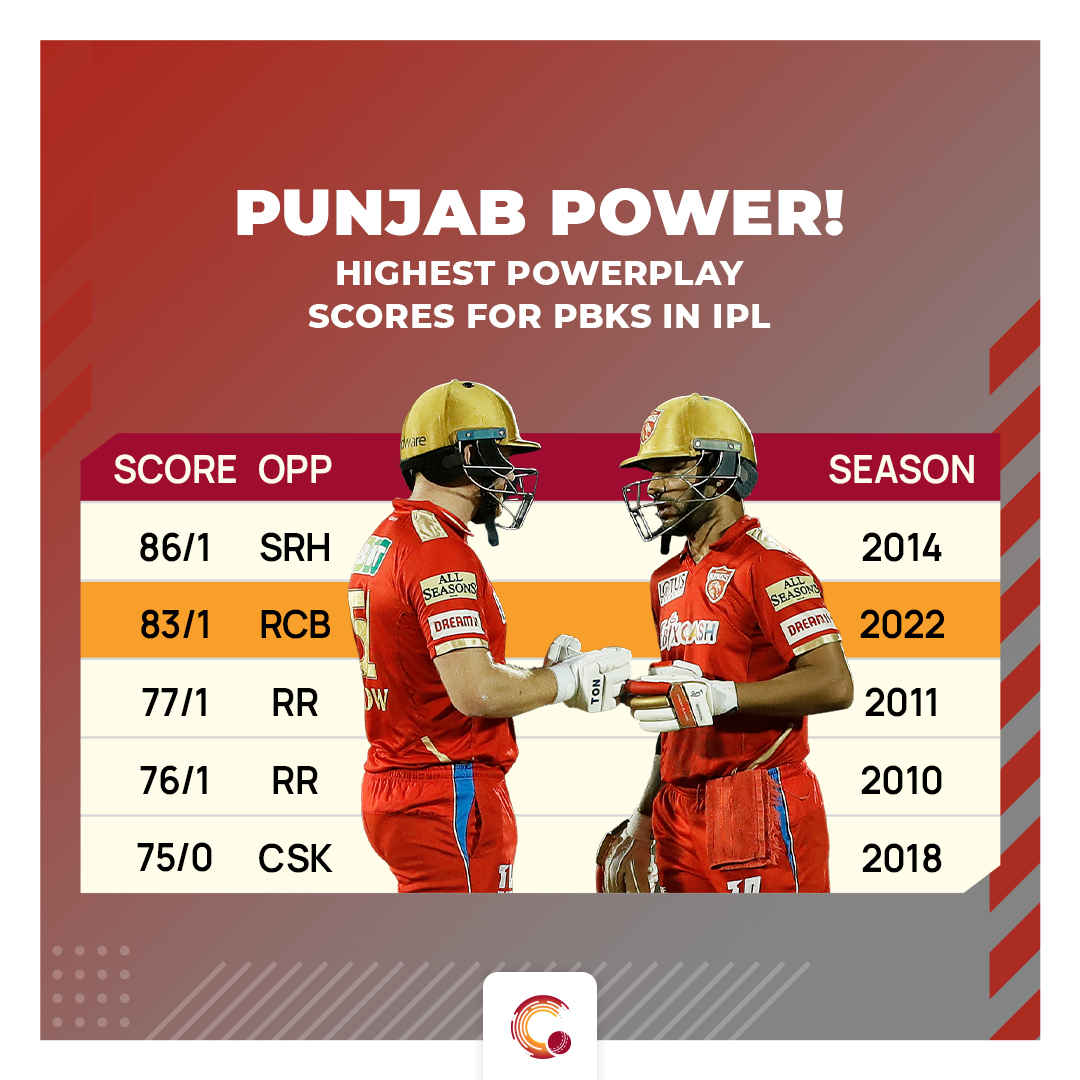 This match was a complete turn-around. Bairstow came into the party and Punjab scored 83 runs in the first six overs. In this edition, this is the highest score in this phase, beating Delhi Capitals’ 81/0 against Punjab. Overall, this score of 83/1 is also the second highest powerplay score for Punjab in their history of IPL. To add more, Punjab openers reached 50 in just 3.5 overs, the second fastest by a team after Delhi (3.3) in IPL 2022.

Though Wanindu Hasaranga went for runs in his first few matches, the wily leg spinner has returned with venomous intent in the last few matches.

Backing his five-wicket haul against Sunrisers Hyderabad, he picked up two wickets in this match against Punjab. The best part was, in a match where all of the Bangalore bowlers conceded over 8 runs and saw Punjab score 200+ runs, Hasaranga finished his spell at an economy of 3.7. By virtue of his two wickets, he is now the Purple Cap holder (by better economy) and his 23 wickets are the joint most for a Bangalore spinner in a season of IPL. 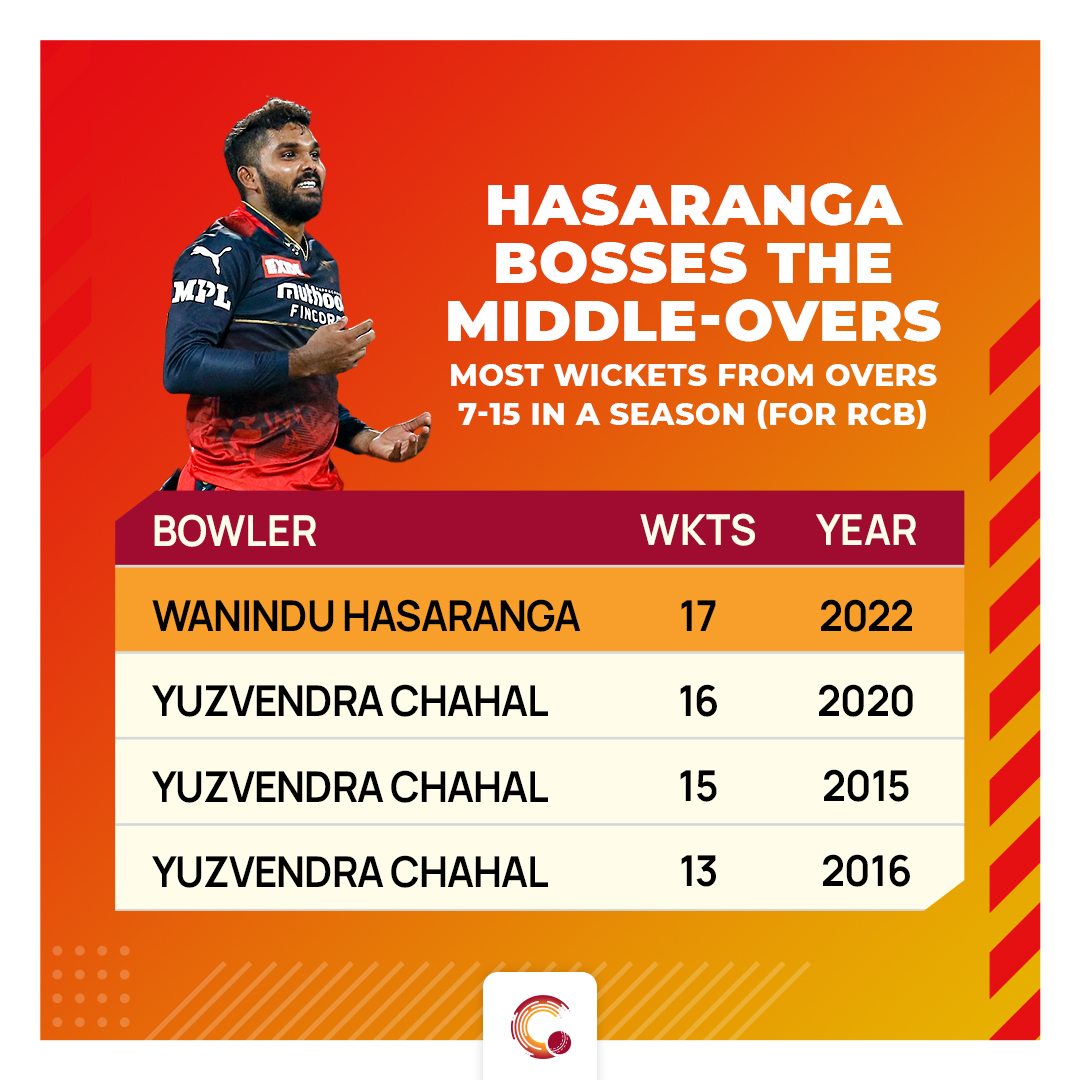 Out of those 23, 17 wickets have come in the middle overs (7-15), five wickets more than Kuldeep Yadav’s tally of 12 in this phase this edition. To add more, his 17 wickets are the most for a Bangalore bowler in this phase in a season of IPL.

Along with Hasaranga, Josh Hazlewood has been Bangalore’s premier bowler. However, the latter endured one of his worst days in T20 cricket. 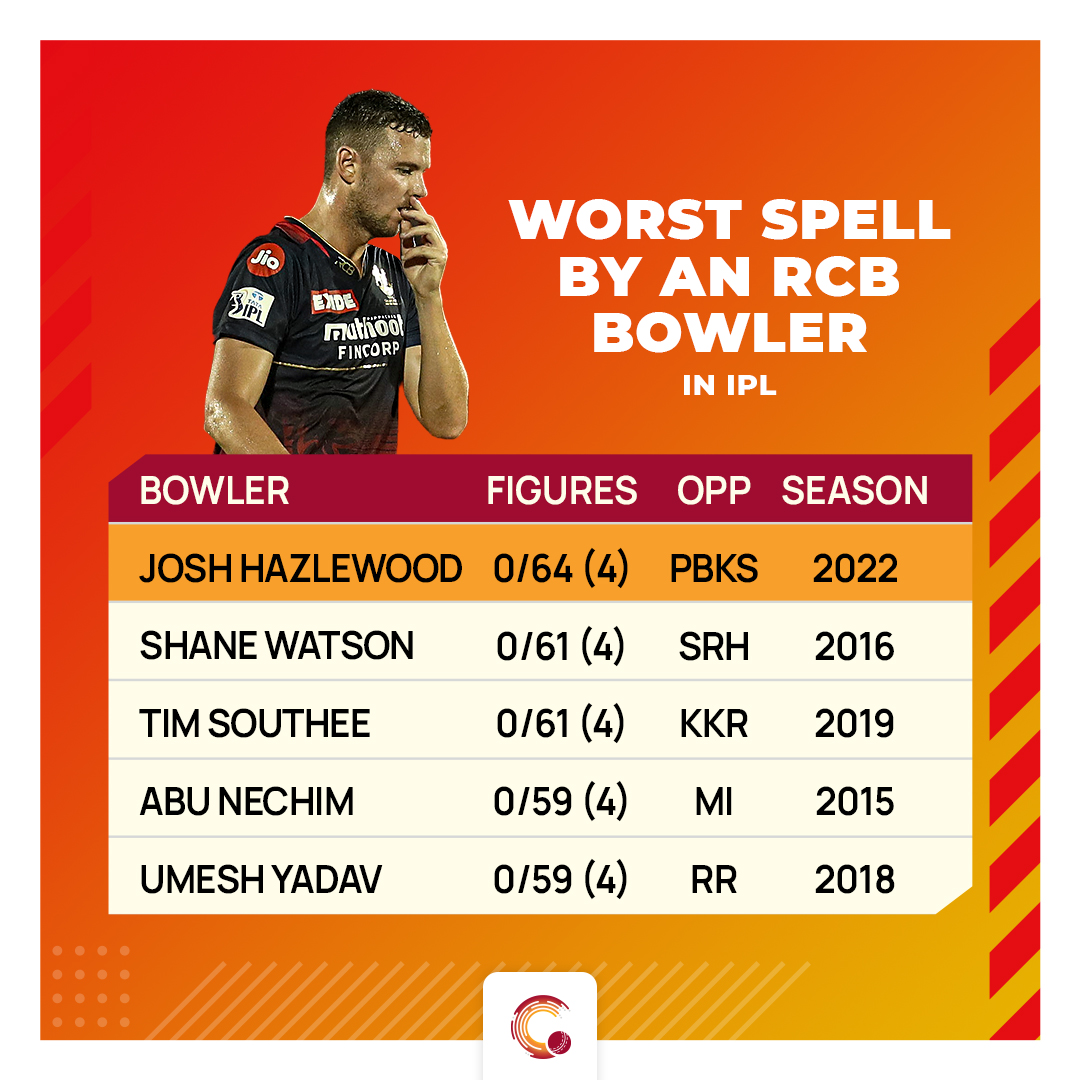 In a phase where he tends to excel, that is the powerplay, Hazlewood conceded 29 runs in his two overs. His returns in the next two overs were even worse. In his third over, Hazlewood conceded 11 and in his last over, he was carted for 24 runs, ending up his spell of four overs for 64 runs without a wicket. In all T20s, this is his worst spell and also the worst for a Bangalore bowler in the IPL.

Ahead of Yuzvendra Chahal, Mohammed Siraj was retained by Bangalore and the main reason behind it was his bowling in powerplay. In the IPL 2021, Siraj in this phase had an economy of 6.4. But this season, his record has been polar opposite to last year. 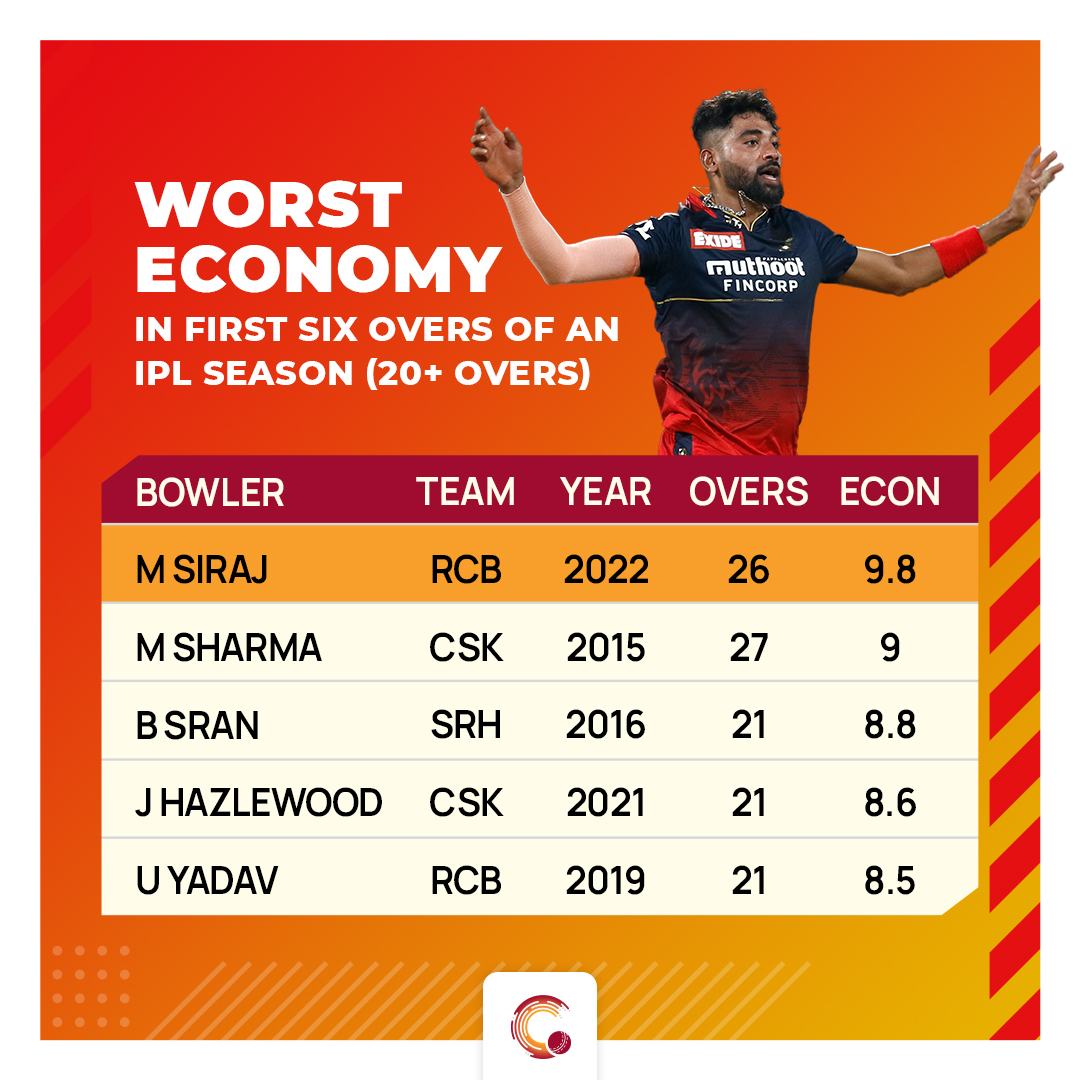 Rabada winning the battle against Kohli

Irrespective of the form Virat Kohli is going through, Kagiso Rabada has been winning battles against the ace batsman of Bangalore in T20s.

In this match, Rabada dismissed Kohli for the fourth time in 10 T20 innings. In these 10 innings, Kohli averages 9.8 against the South African paceman. In T20s, against a bowler whom Kohli has faced 35+ balls, only against Jacques Kallis (7.3 with four dismissal), he averages lower.

Nothing working for Kohli

It has been a season of low for Kohli. To be forthright, his innings against Punjab was way better compared to all other innings in this edition. He looked positive until he was dismissed for a 14-ball 20.

In this edition, this was the ninth time in 13 innings that Kohli was dismissed within the first 15 balls. In no other seasons of the IPL has he been dismissed these many times within the first 15. Also, in a season in which he has scored 200+ runs, he never averaged below 20. Overall, his average of 19.7 in IPL 2022 is the second lowest in a season after 2008 (165 runs at an average of 15).