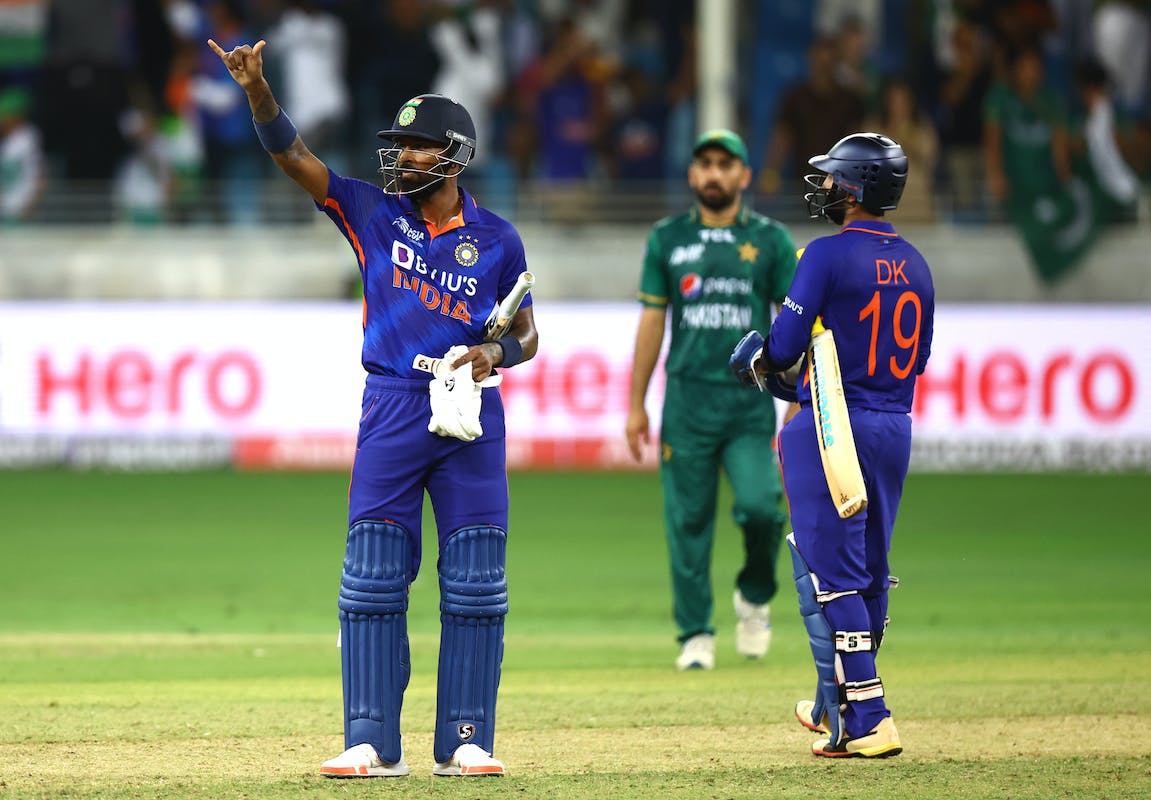 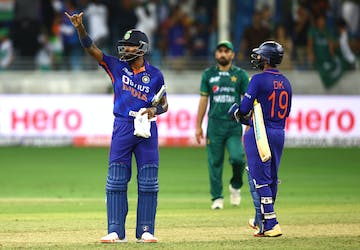 Here are a few noteworthy stats from the second match of Asia Cup 2022, between India, and Pakistan in Dubai

Nerve-wracking finish to a much-awaited encounter. Following Rohit Sharma’s decision to bowl, Indian pacers wrapped up Pakistan to an average total of 147. But, Pakistan bowlers were up to the task and made India toil in their chase. Hardik Pandya’s icey cool finishing skills helped India clear the rope and win the contest by five wickets.

100 matches across all formats

Virat Kohli stepped into Dubai International Stadium for his 100th T20I match. He became the second Indian player after Rohit to feature in 100 T20Is. 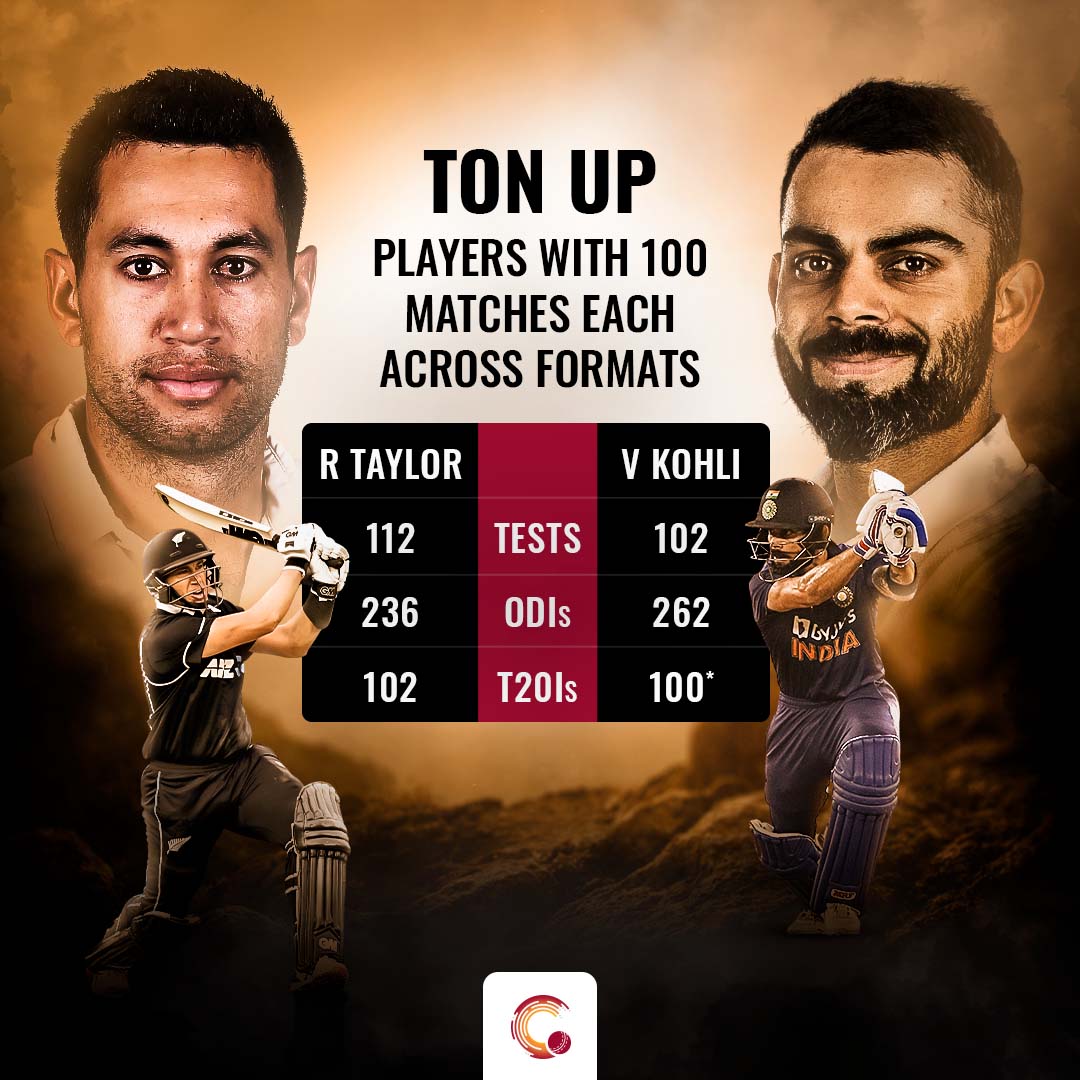 Bhuvneshwar Kumar has been in exceptional form in T20Is this year. He has 24 wickets, which is the second most for an Indian bowler in a calendar year after Jasprit Bumrah’s 28 in 2016.

In today’s match, Kumar provided the crucial breakthrough in the third over when he dismissed Babar Azam. In the year 2022, Babar was Kumar’s 13th wicket inside the powerplay. Among Indian bowlers, it is the joint-most wickets alongside Ashish Nehra in 2016, in a calendar year.

In his return spell during the last five overs, Kumar added three more wickets and registered the best spell by an Indian against Pakistan in T20Is, and also, his nine wickets overall are the most for an Indian bowler against Pakistan. 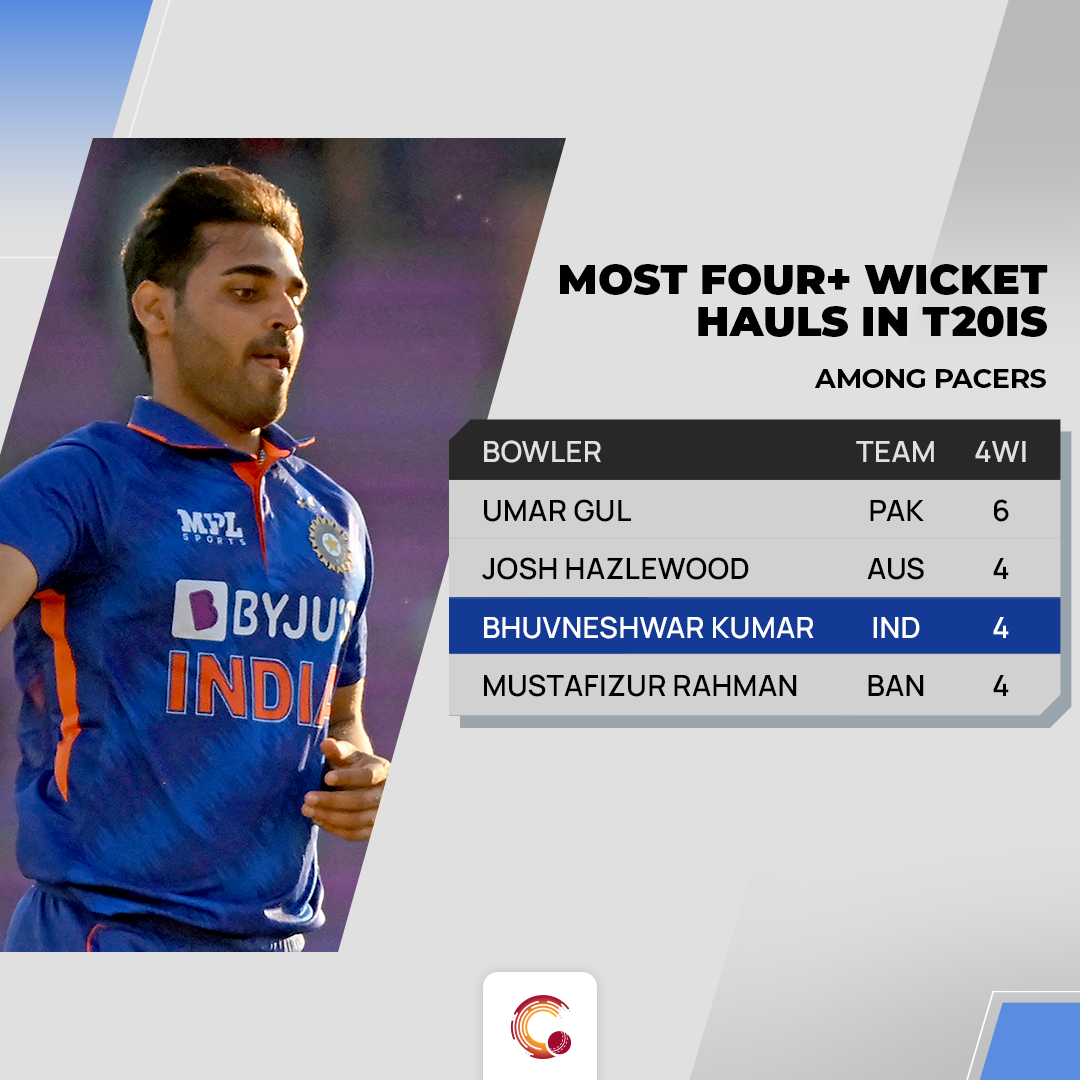 To add more, today’s 4-wicket haul was Kumar’s fourth in T20Is, which is the most among Indians, surpassing Yuzvendra Chahal’s three. Overall, among pacers, it is the joint second most. Umar Gul leads the list with six 4-wicket hauls.

Pacers bagging all 10 wickets for the first time

Indian pacers have had a tremendous year in 2022. In this year, this was the fourth time that four different Indian pacers had a wicket apiece. In none of the other playing years, have there been more than two occurrences.

The return for Rahul hasn’t been a pleasing one. He failed to score runs in Zimbabwe, and in this clash, he was dismissed for a first-ball duck. In T20Is, this was his fifth duck, and all have been as an opener. Only Rohit has more ducks (8) than Rahul in this format among Indian players.

To worsen it more, in all T20s, this duck was his fourth of the year. In none of the past seasons has he had more than two.

Hardik Pandya to the rescue

It was the cool and calm Hardik’s all-around show that helped India register a win. First, with the ball in hand, he dented the Pakistan batting line-up with three wickets. Later on, with the bat, his unbeaten knock of 33 from 17 balls took India over the line. 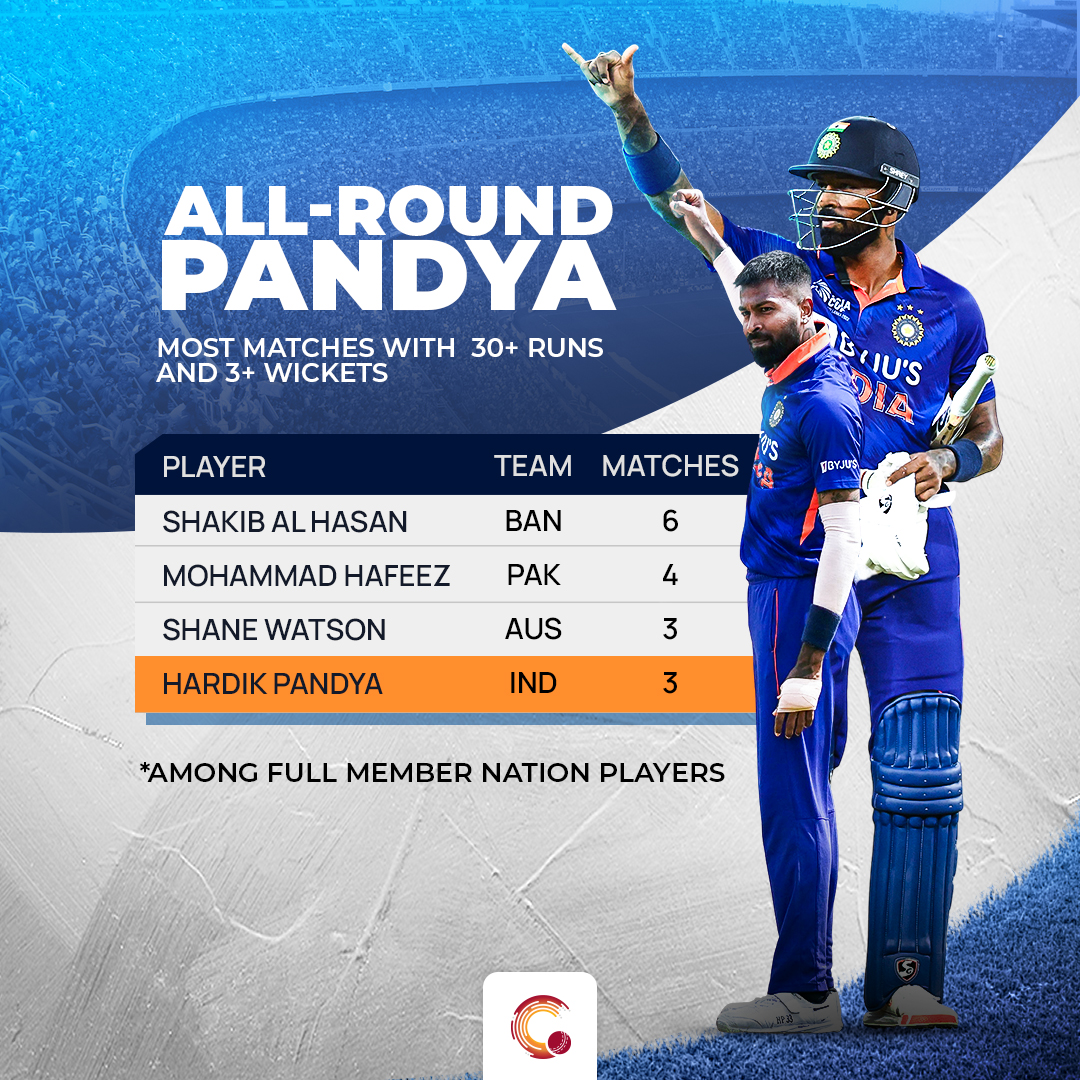 In T20Is, this was the third match in which he had scored 30+ runs and picked up three wickets. Among Indians, he now has achieved this feat the most times, surpassing Yuvraj Singh, who had achieved this twice. Overall, among full member nation players, Shakib Al Hasan (7) and Mohammad Hafeez (4) have achieved this feat more times.

Slow innings by Rohit and Virat

Both Rohit and Virat looked scratchy in their innings. Though Kohli played some crisp shots, his start wasn’t as convincing. As for Rohit, apart from his six against Mohammad Nawaz, his innings never got going. Hence, he registered his second lowest strike rate in an innings where he had played 15+ balls.