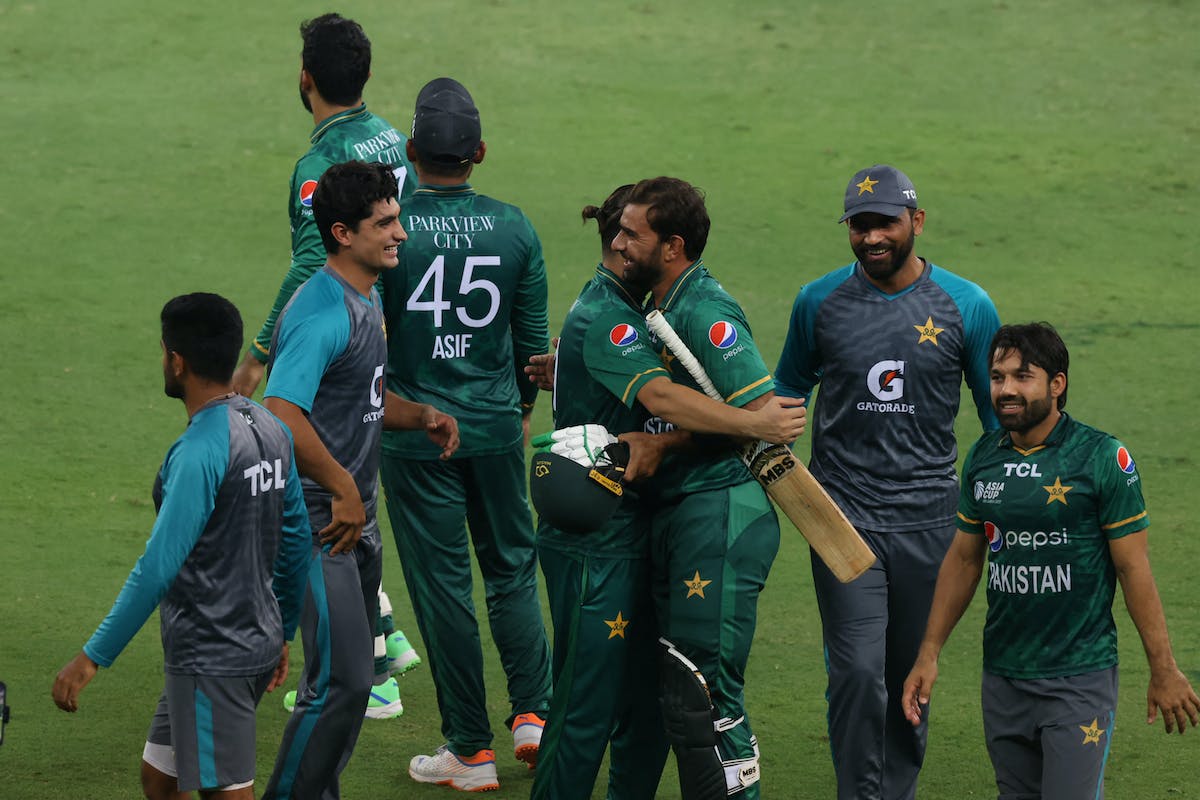 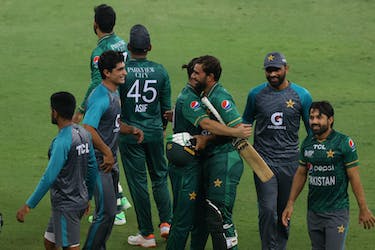 Here are a few noteworthy stats from 2nd game of Super Four of Asia Cup 2022, between India and Pakistan in Dubai

Another India and Pakistan clash, yet another nail-biting finish. The only thing that changed was the result. India won in the first encounter and Pakistan won this with a ball to spare. Put into bat by Pakistan, Rohit Sharma and KL Rahul came out all guns blazing. However, Pakistan bowlers pulled it back in the last few overs, despite Virat Kohli staying till the last over.

In reply, a surprise promotion of Mohammad Nawaz at number four, worked wonders for Pakistan. The game went down the wire, but Pakistan managed to ace the thriller.

This Asia Cup, apart from India and Pakistan’s win against Hong Kong, all teams that have succeeded have won via a chase. In this tournament, this is the third total of 170+ being chased. 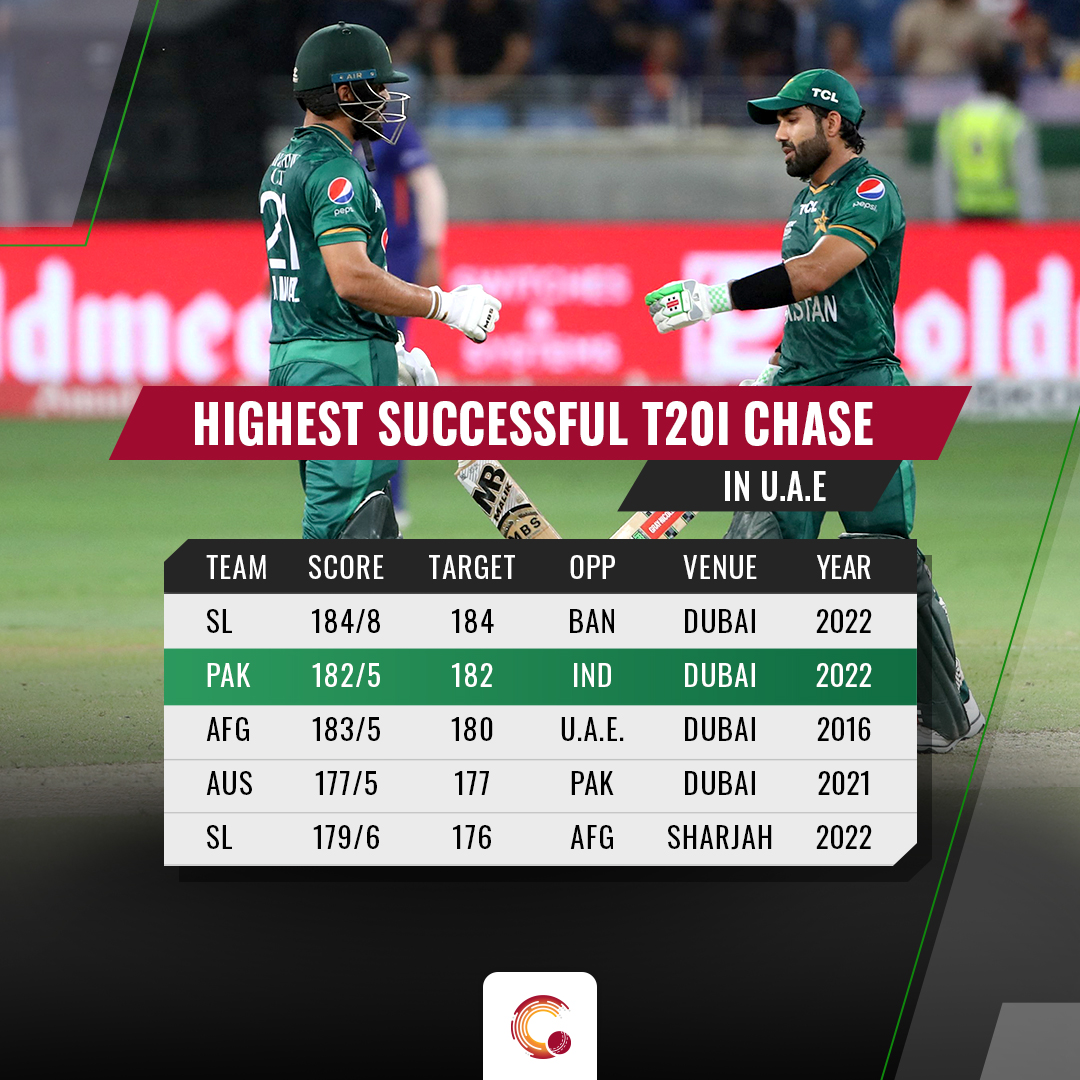 Thanks to a blistering knock of 42 from 20 balls by Nawaz and Mohammad Rizwan’s 71 from 51 balls, Pakistan chased the second highest T20I target in the country. Interestingly, the highest target chased in the United Arab Emirates also came in this edition of the Asia Cup. Sri Lanka against Bangladesh successfully chased 184 in the group stage matches. In fact, three of the top five best successful chases in UAE are achieved in this edition.

The 2022 edition of Asia Cup is only the second edition in which the tournament is being played in the T20 format. In 2016, India had won all the five encounters and started this edition with two wins, taking the tally to seven wins on the trot. However, Pakistan broke the streak in this match by chasing 182.

Rohit’s first outing as India’s captain in Asia Cup was in the 2018 edition (ODI). India were unbeaten in five matches in the 2018 Asia Cup under Rohit. He added two more wins to his tally before losing his first. In eight matches, Rohit has seven wins at a win/loss ratio of 7.0.

India lose first match with Deepak Hooda in the XI

It was not only Rohit, there was another Indian player who’s winning streak was broken and that was Hooda. Since his debut in 2022 against West Indies in the ODIs, India hadn’t lost a single game when Hooda was a part of the playing XI.

Prior to this match, Hood had played eight ODIs and nine T20Is, winning all 17. In T20Is for India, Hooda’s streak of nine consecutive wins from debut was the joint longest. Venkatesh Iyer who has played nine T20Is, India have won all.

The most dependable pair

Rohit throughout this year has been a batsman who has given India the perfect start. He might not have big scores, but his 20’s and 30s have been very effective. One of the big positives from this game was KL Rahul’s innings. 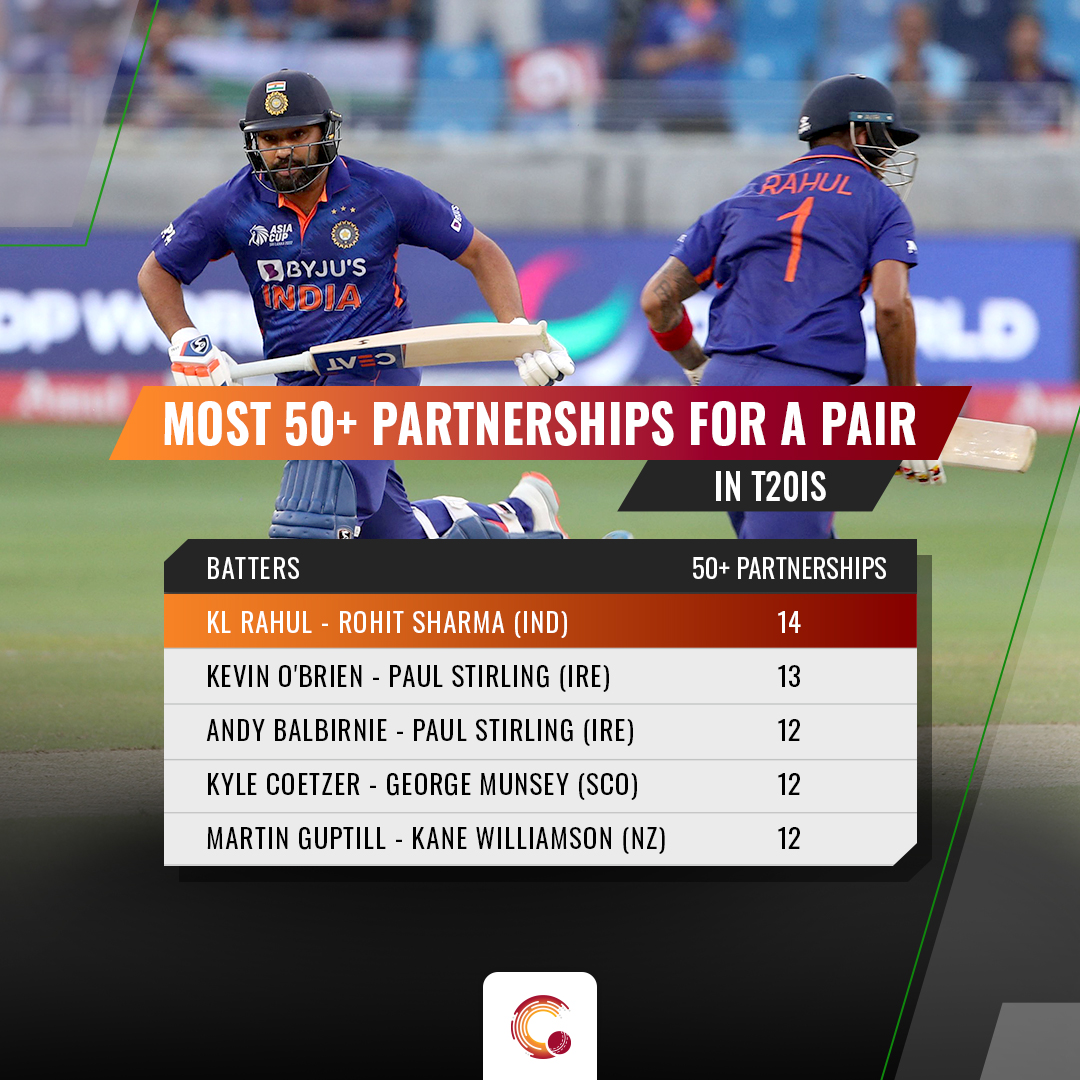 Both openers fired on all cylinders and got India off to a start with 31-ball 54 runs partnership for the opening wicket. This was the 14th innings in which the duo had crossed the 50-run mark. In T20Is, the 14 number of 50+ stands between Rahul and Rohit is the most for a pair.

Irrespective of the result, India will be pleased with Kohli’s gradual progress towards form. In the first match, he was a bit scratchy, in the second, he was there and there about. But, today, Kohli looked in complete control of the innings.

Kohli reached his fourth 50+ score in T20Is against Pakistan. None of the other Indian batters have more than one. In fact, Kohli alone has four and the rest of Indian batters have three (Gautam Gambhir, Robin Uthappa and Yuvraj Singh have one each).

First of a kind failure streak for Babar Azam

The number one ranked T20I batter, Babar, hasn’t got going in this tournament. So far in this edition, he has scores of 14, 9 and 10 (recent first). In T20Is, this is the first time Babar has scored less than 15+ runs in three consecutive innings.