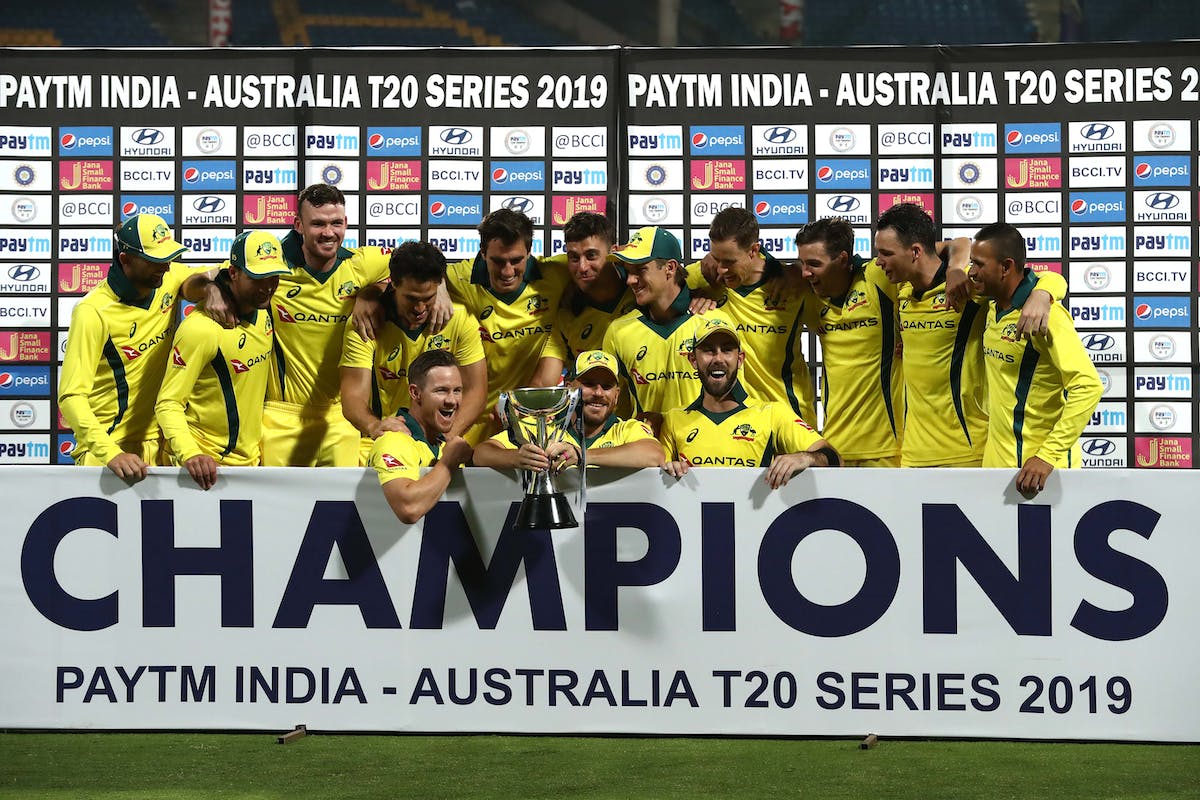 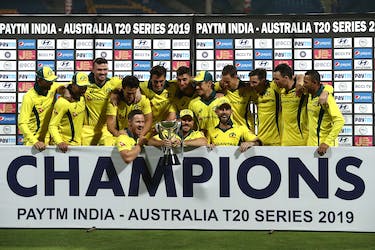 A statistical preview for the three-match bilateral series between India and Australia in India, starting 20th September

The series between India and Australia is a contest between two unbeaten teams (bilateral only). Post the 2021 WC, Australia have played three bilateral series and have won all three. On the other hand, India in their seven, have won six and drawn one.

The first T20I is set to be played in Mohali, the second in Nagpur, with Hyderabad to host the third. Here is a statistical preview for the T20I series:

The last time Australia toured India for a bilateral T20I series was in 2019. It turned out to be a fruitful one as the visitors won 2-1. Despite the series win, Australia’s overall record against India hasn’t been an encouraging one. 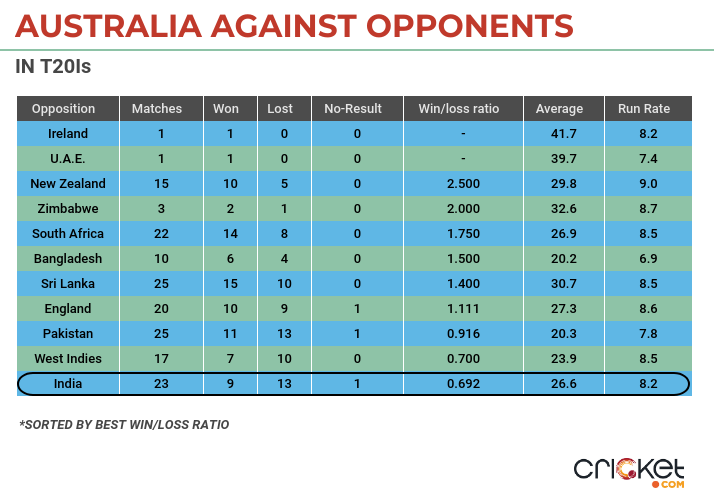 Australia, one among two to beat India at home

Winning a series against India at home is one of the toughest tasks. India have played 20 bilateral series consisting of two or more matches. In those 20, India have won 12 and drawn 6. The fortress has been breached only twice.

The first team to beat India in a series at home was South Africa in 2015, when they won 2-0 (the first match was abandoned). The other team to achieve this rare feat was none other than Australia in 2019.

Rohit Sharma has been one of the most successful captains not only for India, but across the world. His win/loss ratio of 3.875 in 39 T20Is being the second-best ratio for a captain who has led in 20+ matches, is a testimony of it.

In home conditions, the record is even better, to be precise, unmatchable. Under his captaincy, India have won 17 of the 18 matches. No other captains have more wins than Rohit. Among captains who have led in 10 or more home matches, his win/loss ratio of 17.0 is unparalleled. In fact, no other captain has a ratio of over 10. To elaborate more, under his captaincy, India have white-washed their opponents in five out of the six home series.

India in search of record wins in calendar year

Irrespective of home, away, or neutral, India’s 19 wins are the second most for a team in a calendar year. They need two more wins to record the most wins. Pakistan in 2021, had 20 wins in 29 matches, which are the most till date.

Maxwell’s stunning record in Asia and against India, a key factor

For a non-Asian batter, to excel in the subcontinent conditions is one of the most difficult tasks. But Glenn Maxwell thrives in these conditions and has aced it more than often in T20Is. 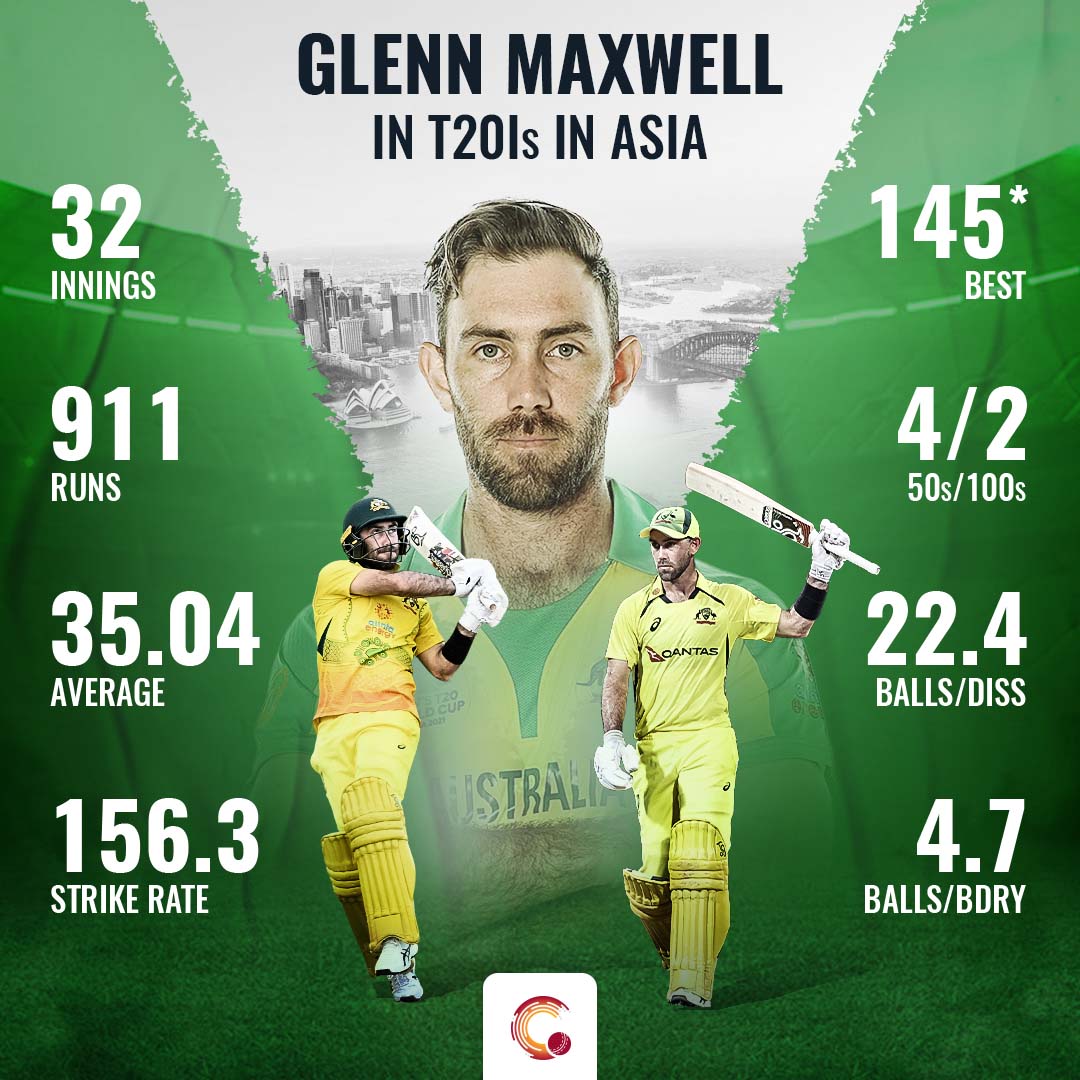 In Asia, Maxwell has scored over 900 runs at an average of 35.03 and strikes at 156.3, his best numbers across all continents. Among 157 batters who have played 20+ innings in Asian conditions, Maxwell is one among the two to have an average of 35+ and strike at 145+.

Though Finch is the highest run scorer in T20Is against India, his form in the last few games against them hasn’t been great. 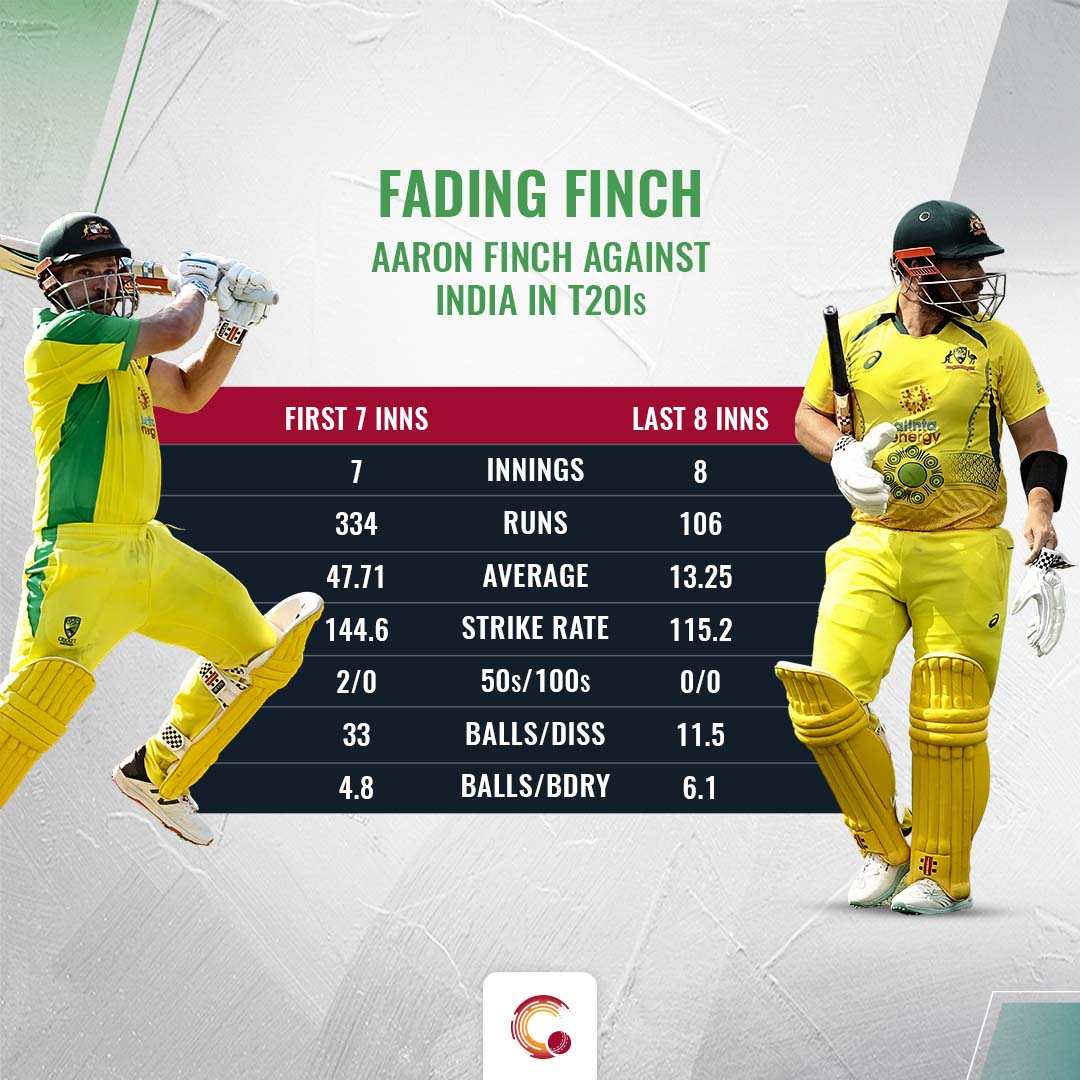 In the year 2022, Australia’s record with bat and ball in the last five overs has been in contrast. With the ball in hand, Australian bowlers have been extremely good. In nine matches, they have conceded at an economy of 8.8 and have picked up a wicket every 8.1 balls and 11.9 runs, which is the best among all teams (top 10 ranked).

On the flip side, their batting has been dreadful. Their batters in this phase have scored at a run rate of 9.1, the lowest among all teams. To add more, they have hit a boundary every 5.5 balls and only 54.5 percent of their runs have been through boundaries. Only Bangladesh have been worse in both aspects in this phase (6.4 balls/boundary and 45.7 percent boundaries). However, the inclusion of Tim David could improve Australia in this department.

MATCH-UPS TO LOOK OUT FOR