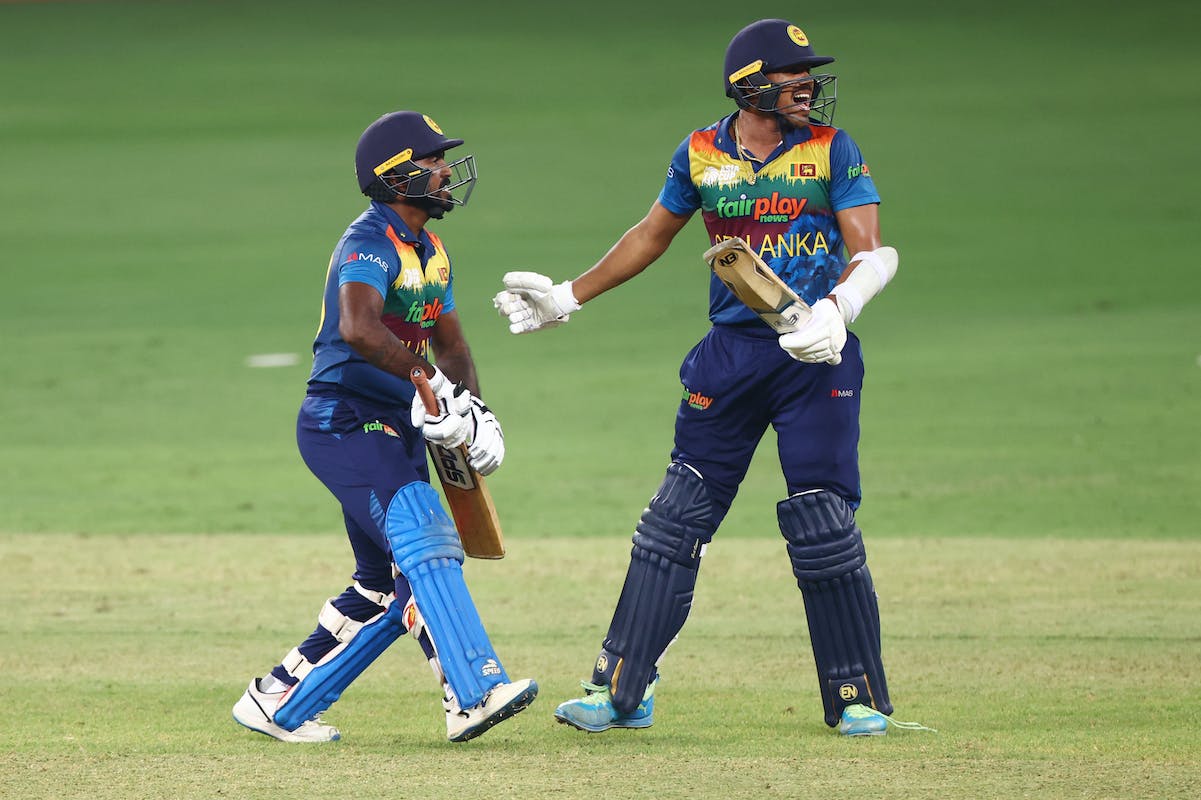 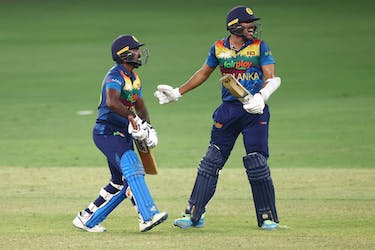 Here are a few noteworthy stats from Match five of Asia Cup 2022, between Sri Lanka and Bangladesh in Dubai

It was an exuberant end to a match that started with a war of words. After being put to bat, Bangladesh posted a big total of 183, thanks to a lower-order flourish from Afif Hossain and Mosaddek Hossain. In reply, Sri Lanka were neck-to-neck while chasing. However, it was the debutant, Asitha Fernando’s unbeaten cameo of 10 from three balls that helped the hosts book a spot in the super four stages. 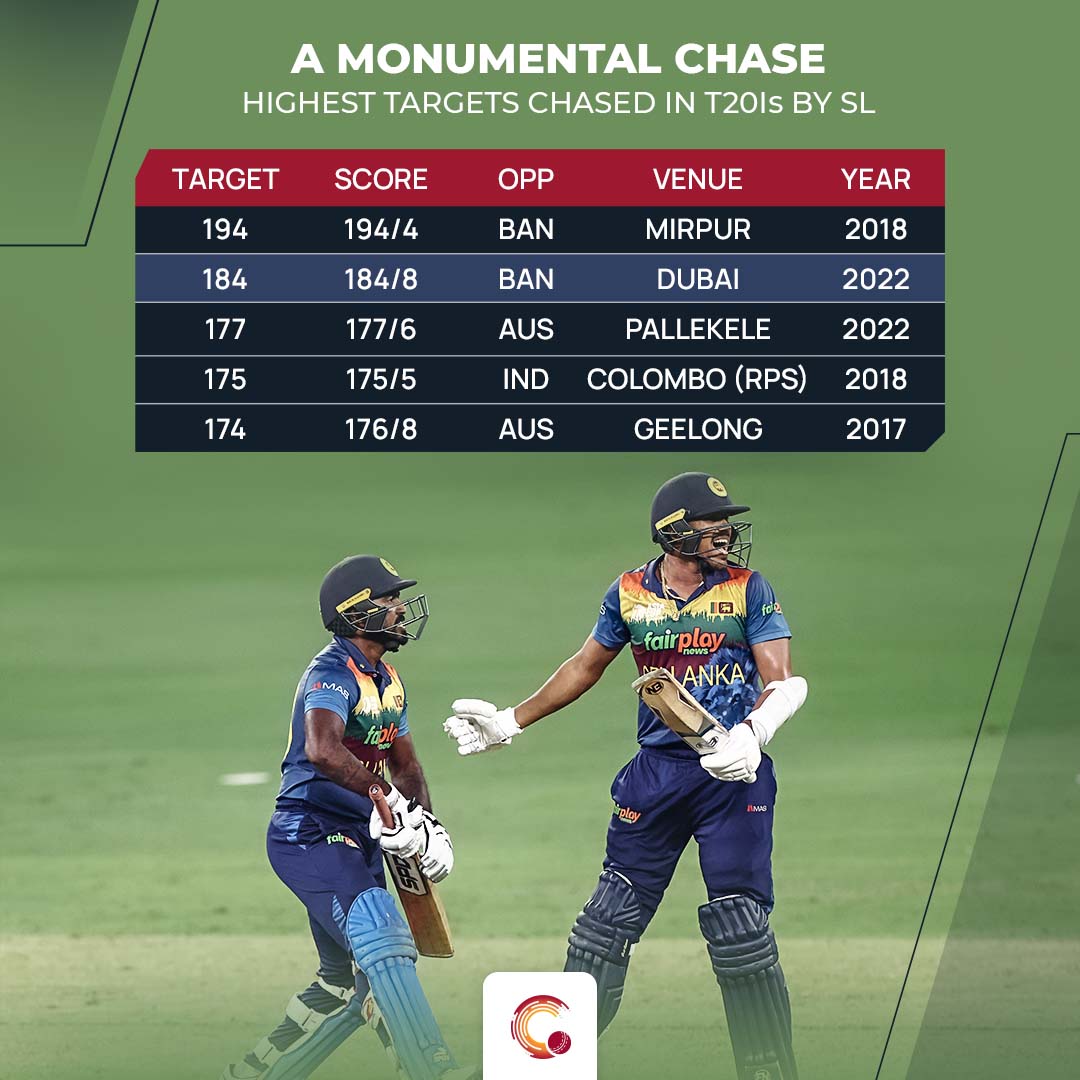 However, in the last seven balls, they had to chase 13 runs with number 10 and nine batsmen at the crease. Eventually, they managed to chase the target of 184 and registered their second-highest chase in T20Is.

A debut that blew hot and cold

Ebadot Hossain impressed one and all in his first over itself. When Sri Lanka were going strong at 44/0 at the end of the fifth over, Ebadot provided them with a double-wicket over in the sixth. He became the second Bangladeshi bowler in T20Is after Elias Sunny against Ireland in 2012, to scalp two wickets in his first over of T20I.

But, the end wasn’t the way he expected. In his next two overs, he conceded 38 runs and ended with a spell of 3/51. Among debutants who had picked up two or more wickets, his 51 runs are the most conceded by a bowler.

An off day for Wanindu

Wanindu Hasaranga had an excellent start to this match. He picked up the wicket of Mehidy Hasan in his first over and conceded only three runs. As was the case, he was kept for the end overs to stop the run flow.

But, in this match, that wasn’t the case. In his second over (13th of the innings), he conceded 12 runs, 14 in his third and 12 again in his last over. In the end, Hasaranga ended with figures of 2/41. Only twice he has conceded more runs in T20Is. Against Australia in 2019 and against England in 2021, he conceded 42 runs in three overs. In Asia, the 41 runs are the most he has conceded in an innings.

The six-hitting machine of Sri Lanka

Dasun Shanaka’s power-hitting abilities is commendable, with his display against India earlier in 2022 and Australia in June, some of the best examples. 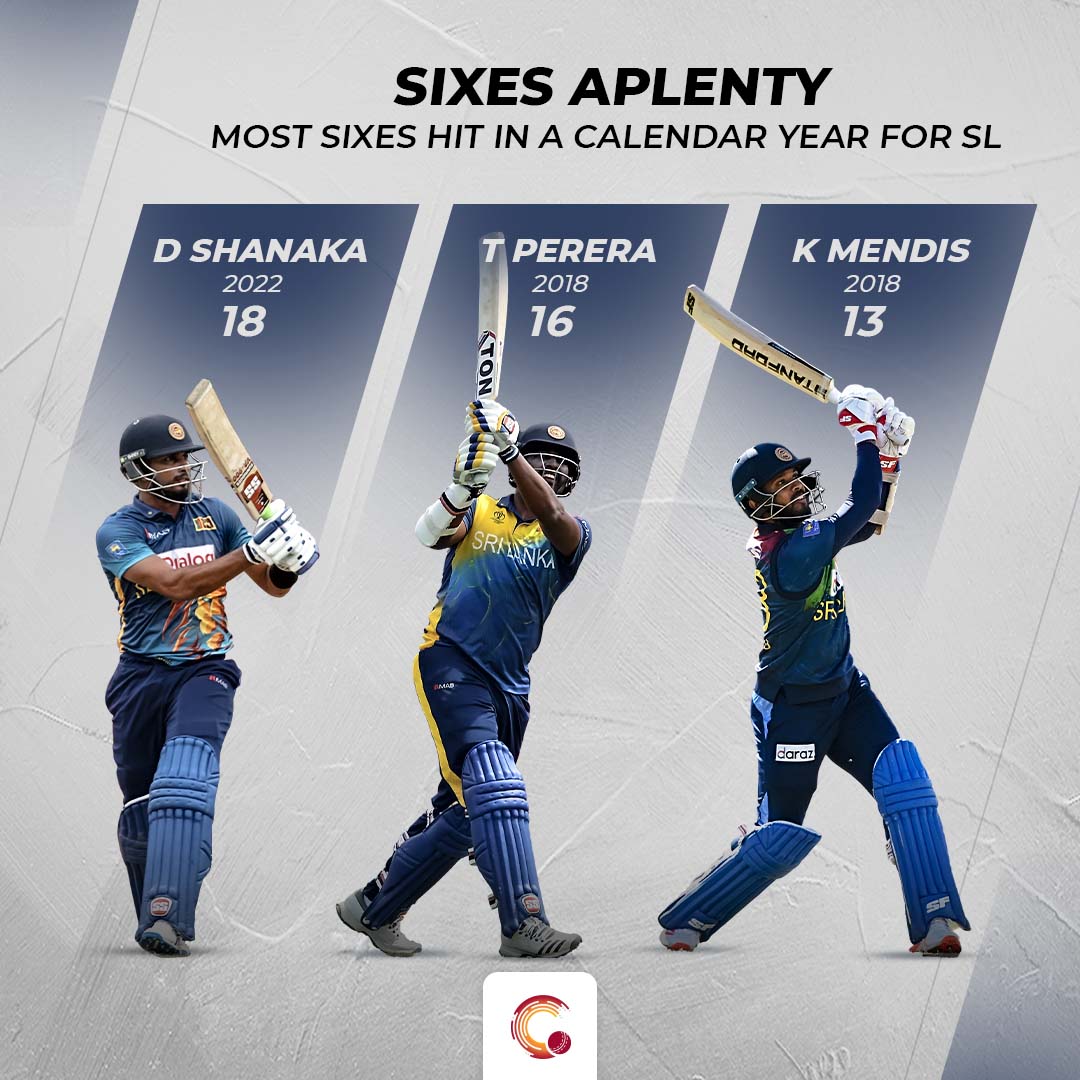 With two sixes in this innings, in real quick time, Shanaka reached the 50 sixes mark in T20Is. His 51 sixes are the joint second most alongside Kusal Perera for Sri Lanka. Only Thisara Perera, with 53, is ahead of him, which is likely to be broken soon. In this year alone, he has hit 18 sixes, which is the most for a Sri Lankan batter in a calendar year of T20I.

Not the debut Asitha wished for with the ball

Asitha Fernando might have been a hero on his debut with the bat, but he failed in his primary role. Starting off with a wicket in the first over he bowled, Asitha couldn’t continue the good runs as he conceded 51 runs in his full quota of four overs.

For a Sri Lankan, those are the most runs conceded by a bowler on debut. Previously, Isuru Udana against Australia in 2009 had conceded 47 runs in his four overs on debut.

The game was in Bangladesh's hands. However, the extras they bowled cost them the match, especially unpardonable no-balls. Mendis was caught behind in the bowling off Mahedi Hasan, but the bowler had overstepped when he was on 29, and Mendis went on to score an extra 31 runs.

Overall, Bangladesh bowlers bowled four no-balls, which is the most by their bowlers in T20I innings. In no other match had they bowled more than two.