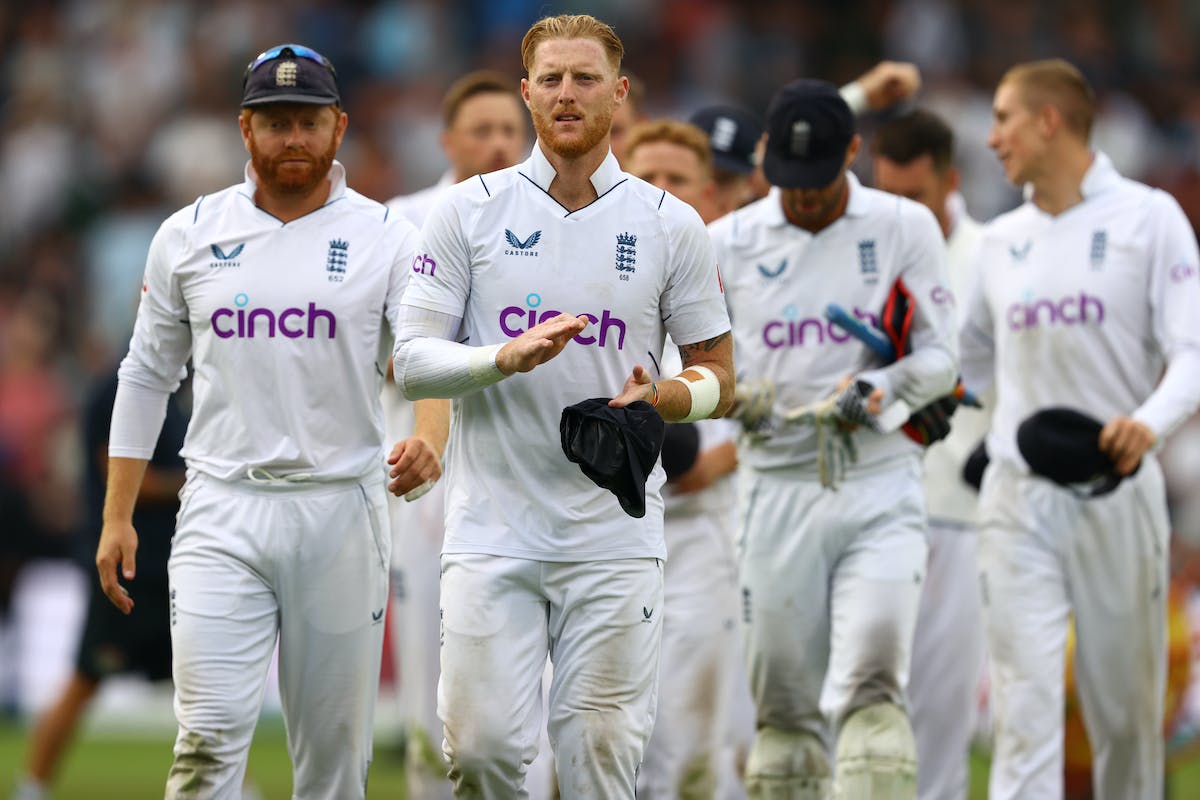 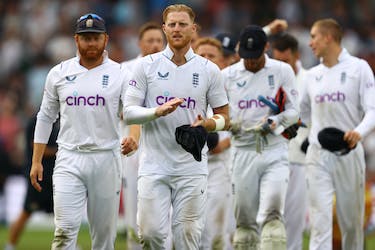 The hosts, led by skipper Ben Stokes produced an all-around performance to dismantle South Africa by an innings and 85 runs to level the series

England captain Ben Stokes said his team had produced a "benchmark" win after overwhelming South Africa by an innings and 85 runs in the second Test at Old Trafford on Saturday.

With a win in three days, England level the three-match series at 1-1, following South Africa almost as dominant innings and 12-run triumph at Lord's last week.

In the six matches that Stokes has been at the helm, England have won five games, with the home team showcasing their batting prowess to set up the win by taking a formidable first-innings lead.

Stokes's men were on top from the start in Manchester, reducing South Africa to 77-5 before lunch on the first day after Proteas skipper Dean Elgar almost obliged to bat first after winning the toss, having included a second spinner, Simon Harmer.

The Proteas were eventually dismissed for a meagre 151 in their first innings. England then made 415-9 declared, featuring all-rounder Stokes's 103 - his first Test century as England captain and wicketkeeper Ben Foakes's Test-best of an unbeaten 113.

A stubborn 43-over stand of 87 between Keegan Petersen and Rassie van der Dussen kept England at bay on Saturday until Stokes, in one of the match-turning bowling displays that have been a hallmark of his career, removed both the batters after tea.

That paved the way for another collapse. South Africa slumped to 179 all out after succumbing to the new-ball thrust of James Anderson and Ollie Robinson as their last five wickets fell for just seven runs in 31 balls.

England have made much of their desire to play "positively", but in Manchester, they also demonstrated plenty of cricket intelligence as well as attacking intent.

"Cricket is about how you bat, bowl and field, and I think that the way we batted, bowled and fielded this whole game is the benchmark of the standards we've set," Stokes said in a post-match conference.

"It didn't feel like a wicket where you could stand there and hit through the line because of the variable bounce that it was offering."

Bowling as a fourth seamer, which Stokes was at Old Trafford, can be something of a supporting role, but not in his eyes.

"When you are bowling with the older ball, when nothing is really happening, you have to create your own energies and own theatre around that," he said.

England's veteran seamer, James Anderson, at the age of 40, returned with figures of six for 62 on his home turf and surpassed Australia's Glenn McGrath as the most successful paceman across all international formats with an ongoing tally of 951 wickets.

Stokes was in awe of his teammate and showered praises on his pacer by saying, "He's a testament to himself and a great ambassador for the game. I said before this game started that I honestly can't see when he's going to stop."

On the other hand, South Africa have plenty to ponder after entering this clash as the table toppers in the World Test Championship. While the middle-order has been a cause of concern for them in the recent past, Elgar said they had to do more to support an undoubtedly world-class pace attack ahead of the series decider at the Oval in a fortnight.

"The bottom line is we need runs from the middle order, and at the moment, that is letting us down quite a bit. Sometimes you can go into panic mode when things like this happen. Myself and the coach are definitely not those kinds of guys to panic. We know we're still a good side," he concluded.