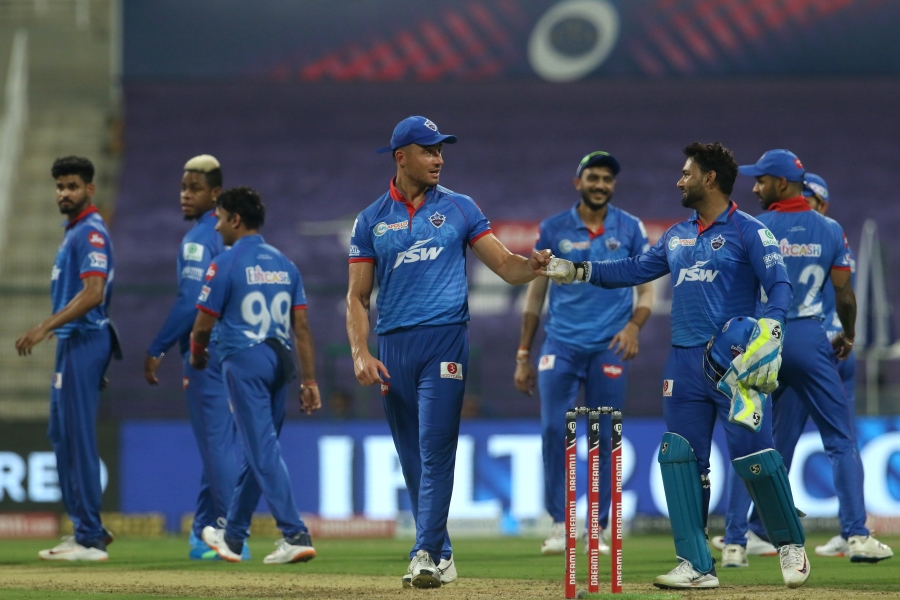 Two teams coming into the game on the back of deflating losses will be keen to get back to winning ways in Dubai. The scenario though is quite different for Sunrisers Hyderabad and Delhi Capitals.

Delhi are sitting somewhat comfortably on second place with 14 points and one more win will see them through to the playoffs. For Hyderabad this is literally a do-or-die game as a loss here will almost see them knocked out of the competition.

Hyderabad will, however, draw solace from the fact that when these two teams met earlier in the tournament, they got the better of Delhi by 15 runs. Overall, in IPL too, Hyderabad have the lead having won 10 of the 16 matches played between these two sides. In the last five matches at IPL as well, Hyderabad are leading by a 3-2 margin. 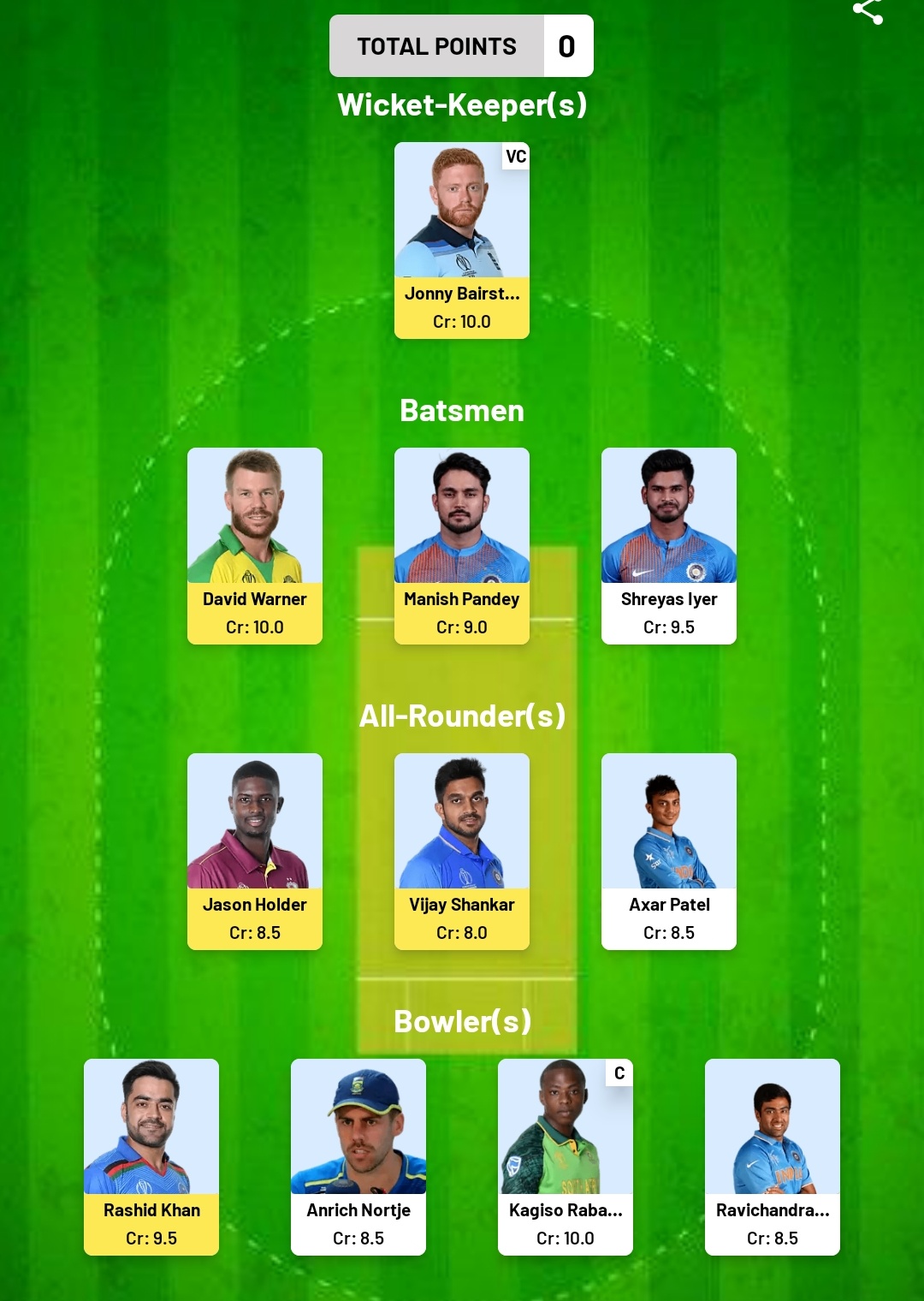 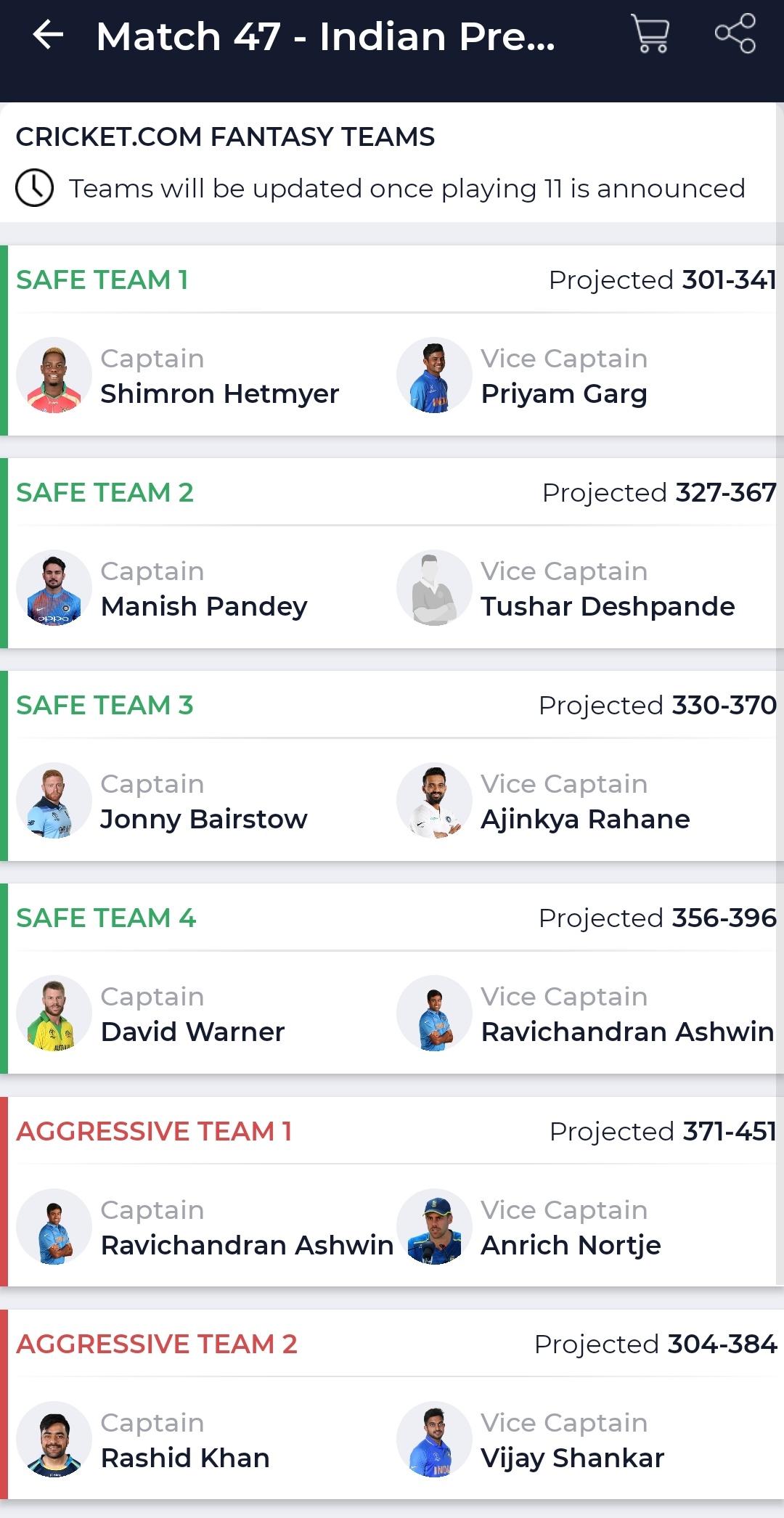 Out of the three venues where the IPL is being played, the Dubai International Stadium is where bowlers have been most successful this season. They have picked a wicket every 20.2 balls as compared to Sharjah and Abu Dhabi, where wickets have fallen every 21.1 and 21.5 balls respectively. Batsmen have scored at 27.5 runs per wicket at this venue which is the least when compared to the other venues. Clearly going by the numbers, you should go with a bowling-heavy setup.

Both Delhi and Hyderabad boast some of the biggest names in their bowling ranks and you could opt for them for Match 47.

Contrary to prior belief, the surfaces so far at the IPL have assisted pacers to a great extent and Dubai has been no different. The pacers have picked 66.2% of the wickets to fall here, 141 of the 213 wickets. They have a better balls/wicket and runs/wicket ratio too here when compared to the spinners. In 40 innings, the pacers have picked a wicket every 20.4 balls while the spinners have struck every 25.5 balls. 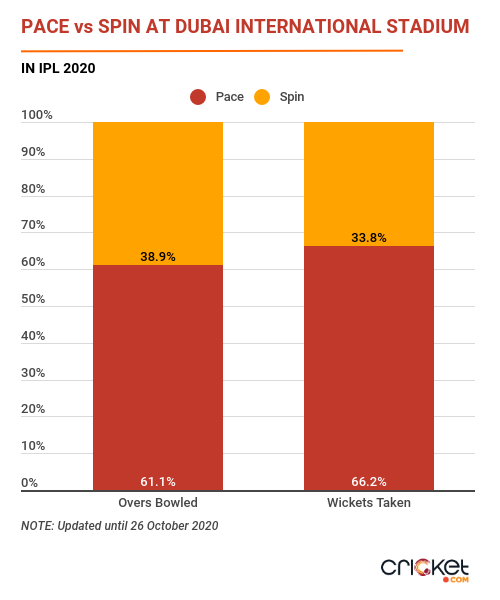 Among the different bowler types, left-arm pacers have been most effective at this venue so far (minimum of 4 overs) this season followed closely by right-arm fast bowlers and leg-spinners.

Hyderabad have Khaleel Ahmed and T Natarajan in their side, both of whom have done well so far in the tournament and the duo could be considered. But when it comes to pacers, you shouldn’t really look past the Delhi duo of Kagiso Rabada and Anrich Nortje who have been breathing fire in the competition. As far as the leg-spinners are considered, Rashid Khan should be the definitive choice.

Among the batsmen, Shikhar Dhawan, David Warner and Jonny Bairstow should be certainties in your side while you could also go for Shreyas Iyer in the side.

A combination of four frontline batsmen including the wicket-keeper, three all-rounders and four bowlers could be the way to go for this encounter. 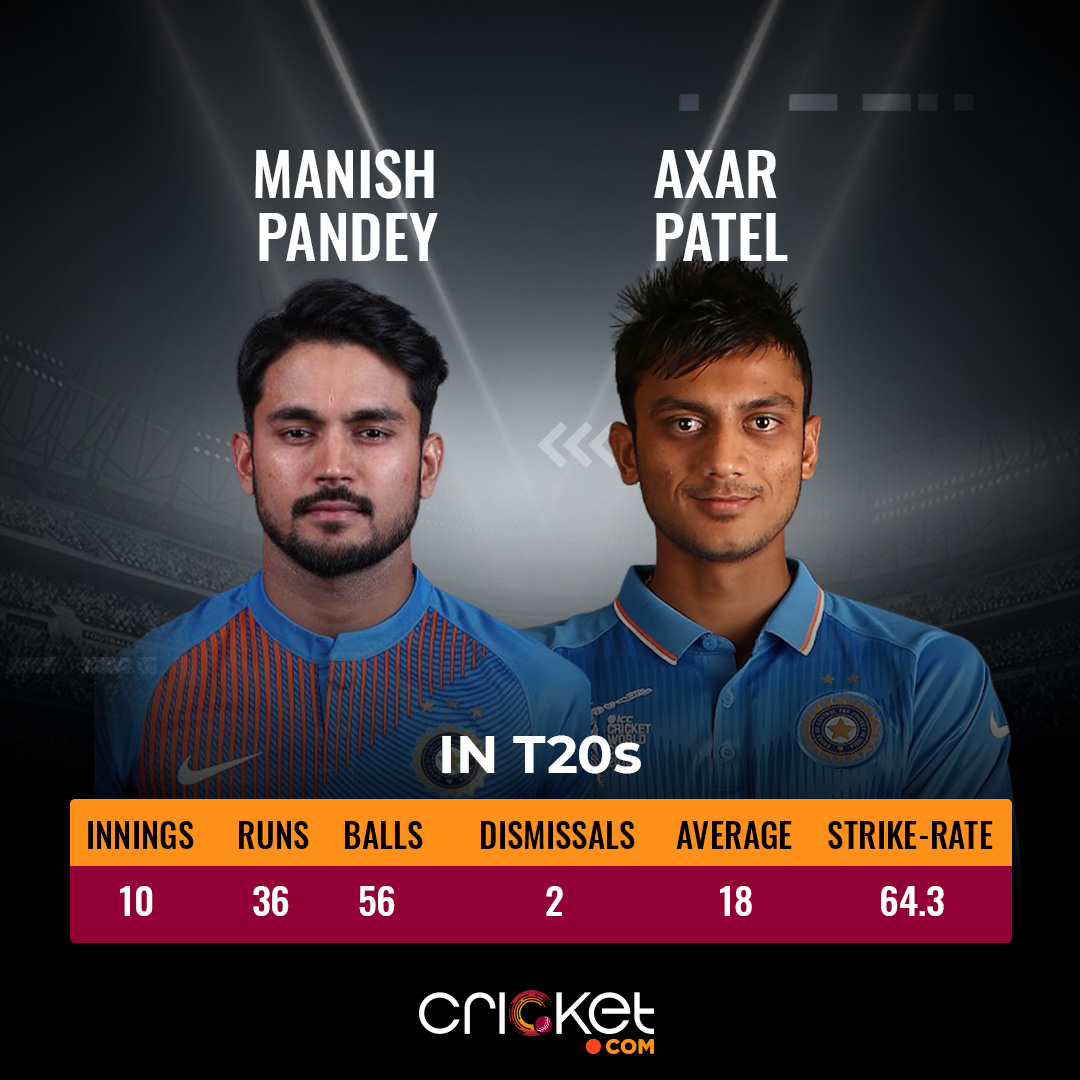 Manish Pandey has shown decent form so far this tournament but he will have to be wary against Axar Patel against whom he has struggled in the past. In 10 T20 innings, Pandey has been dismissed by Patel twice but the striking feature here is his strike rate, only 64.3. 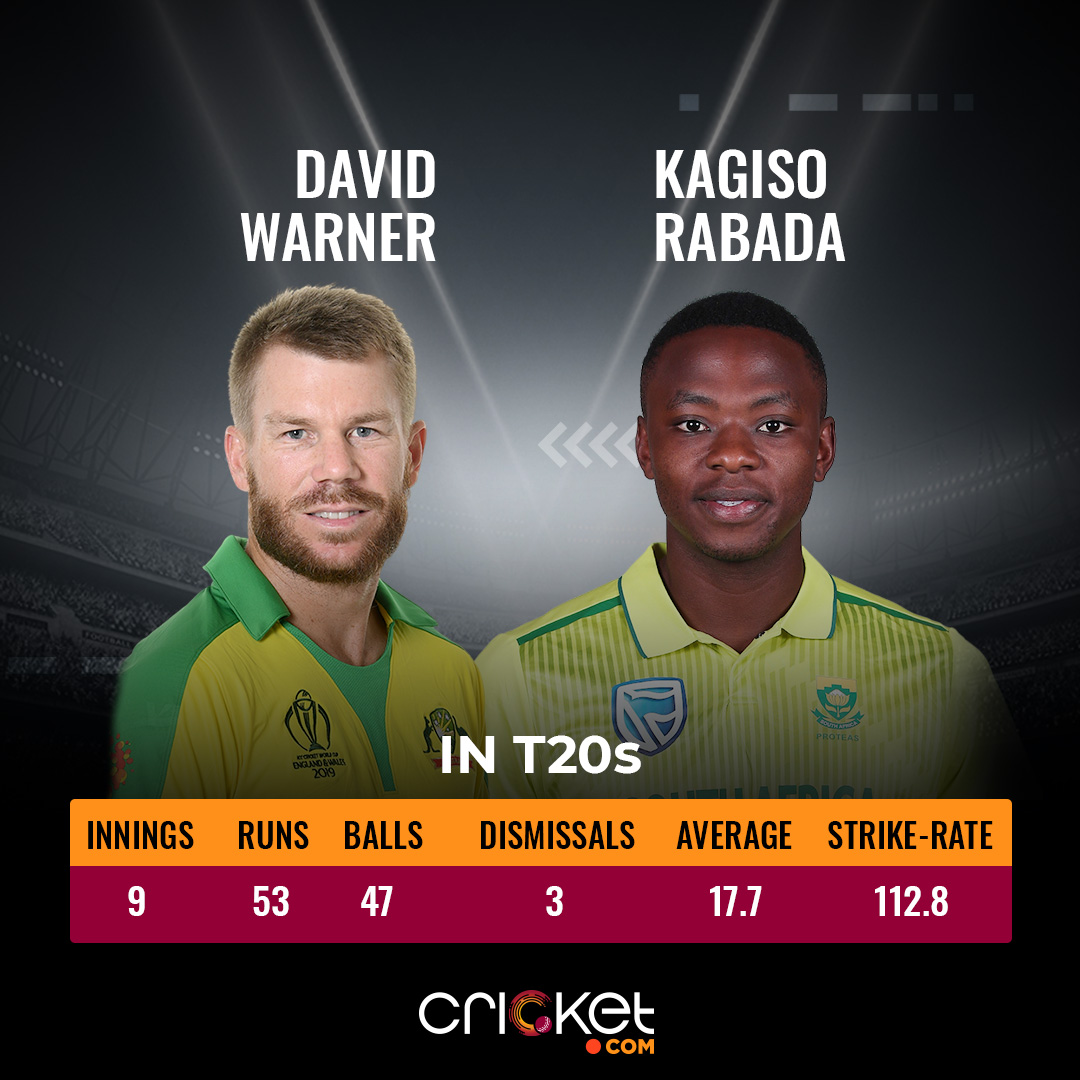 It is no secret that David Warner struggles against quality pace and against Kagiso Rabada there will be no respite. He has fallen to Rabada thrice in 9 T20 innings and averages just 17.7. 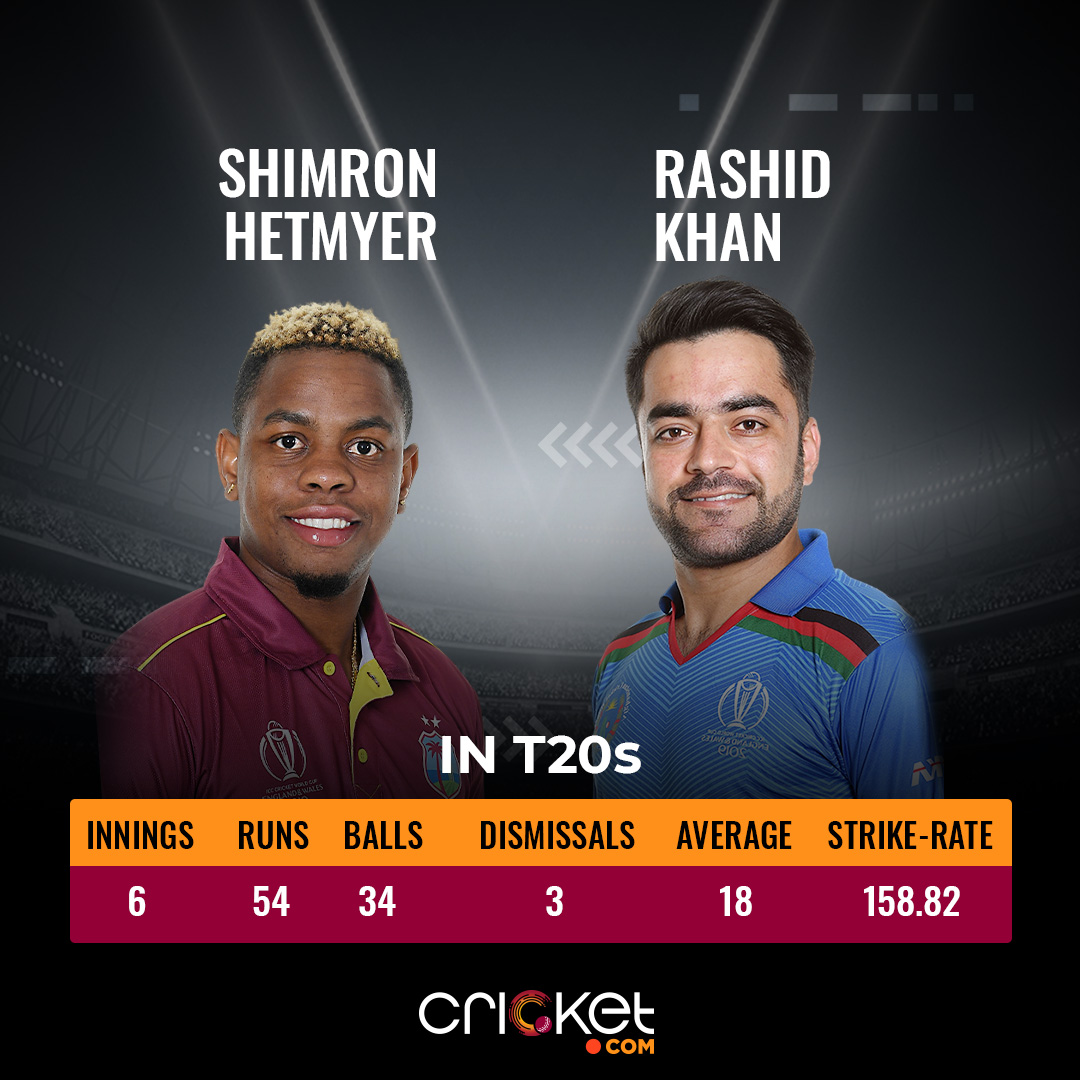 The Shimron Hetmyer v Rashid Khan battle should be an intriguing one. Hetmyer is not one to hold back and Rashid come what may, will attack. In the past, Hetmyer has come up against Rashid 6 times in T20s, has a strike rate of 158.82 but has also fallen thrice.

It isn’t always the norm to pick a bowler as captain but when it comes to Kagiso Rabada, most theories need to be reconsidered. Rabada is a fantasy player’s delight. The last time the pacer did not pick a wicket in the IPL was on May 2, 2015. Since then in 25 matches in the tournament, he has at the very least picked one wicket every game. In addition to being the Purple Cap holder, Rabada is the leading wicket-taker in Dubai this tournament. He is one player you can certainly bank on giving you a lot of points.

According to our Criclytics Player Projector, Rabada could pick up 3-39 points in this match. 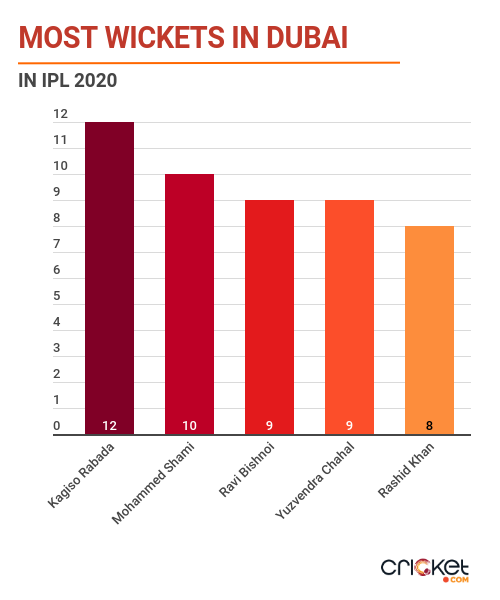 Shikhar Dhawan has been in imperious form this season. He started the tournament a tad slow but has since gained pace and how. Delhi’s highest run-scorer so far in the season, Dhawan has scored 471 runs in 11 innings which includes 2 half-centuries and 2 centuries. A strike rate of 148.1 shows that he has scored at a quick rate as well.

According to our Criclytics Player Projector, Dhawan could pick up 18-46 points in this match. 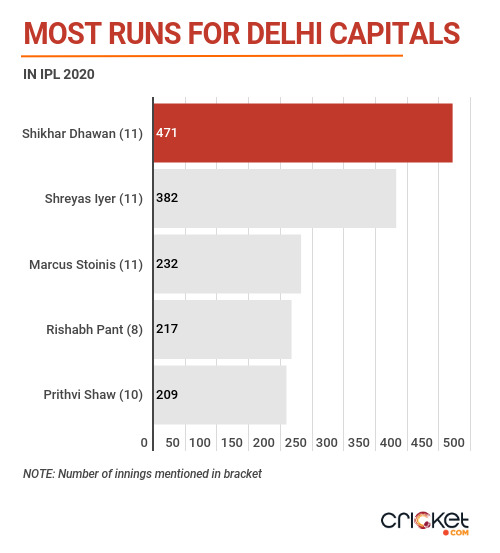 When it comes to T20 cricket, Rashid Khan is almost indispensable in any side. He has been in his elements all through this tournament having picked up 14 in 11 innings striking every 18.9 balls. What stands out here is his economy of 5.3. Rashid has had the wood over the likes of Dhawan, Pant and Hetmyer in the past and will want to continue with the run.

According to our Criclytics Player Projector, Bairstow could pick up 16-44 points in this match

Jonny Bairstow is a key element in the Hyderabad side. With the middle-order not performing consistently, Bairstow alongside David Warner needs to give Hyderabad a good start which he has more often than not. In the outing against Delhi earlier in the tournament, Bairstow scored a clinical 53 and he will be expected to do more of the same this time around too.

According to our Criclytics Player Projector, Rashid could pick up 28-64 points in this match.