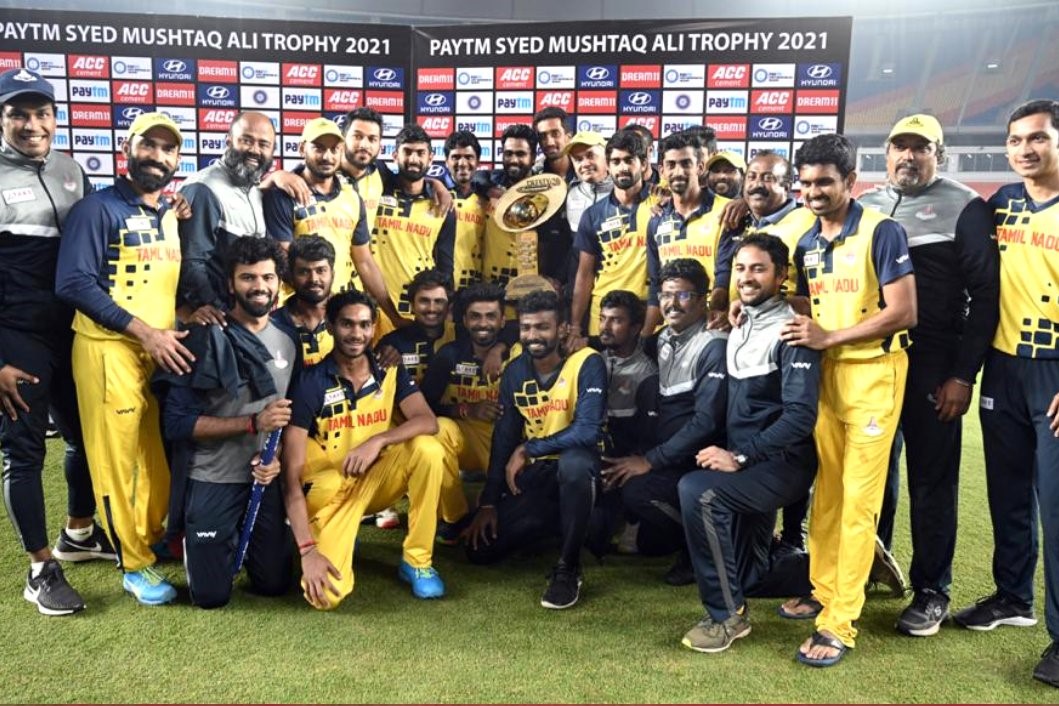 Siddharth (4/20) spun his web around the Baroda batsmen to restrict them to a meagre 120 for 9 and then Tamil Nadu overhauled the target in 18 overs, with opener C Hari Nishaanth top-scoring with 35.

Chasing 121 for a win, Tamil Nadu lost opener Narayan Jagadeesan (14) early as pacer Lukman Meriwala (1/34) picked up the first wicket, with the opposition at 26/1.

However, medium-pacer Babashafi Pathan removed Nishaanth in the 12th over, as he holed out in the deep, to reduce TN to 67/2 and give Baroda a glimmer of hope.

Skipper Dinesh Karthik played his part to perfection with a 16-ball 22 but perished when his side needed 20 runs off 23 balls.

Aparajith and Shahrukh Khan (18 not out off 7 balls; 2x4; 1x6) then took TN home. Shahrukh, fittingly, finished the game with a boundary.

Earlier, Siddharth's brilliant bowling upfront enabled TN to restrict Baroda to 120 for 9 on a difficult track.

Siddharth used the pitch to his advantage by varying the pace of his deliveries and also using the crease well to create awkward angles for the batsmen.

Put into bat on a Sardar Patel Stadium track that offered both turn and bounce, Baroda lost left-handed opener Ninad Rathva (1) early as the move to start with spinners from both the ends paid off for Tamil Nadu.

Skipper Kedar Devdhar (16), who had hammered three boundaries, could not convert his starts and gave a sitter to Narayan Jagadeesan at cover as the wiry Siddharth picked up his first wicket. 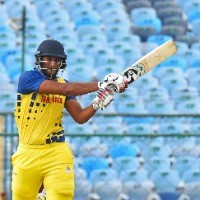 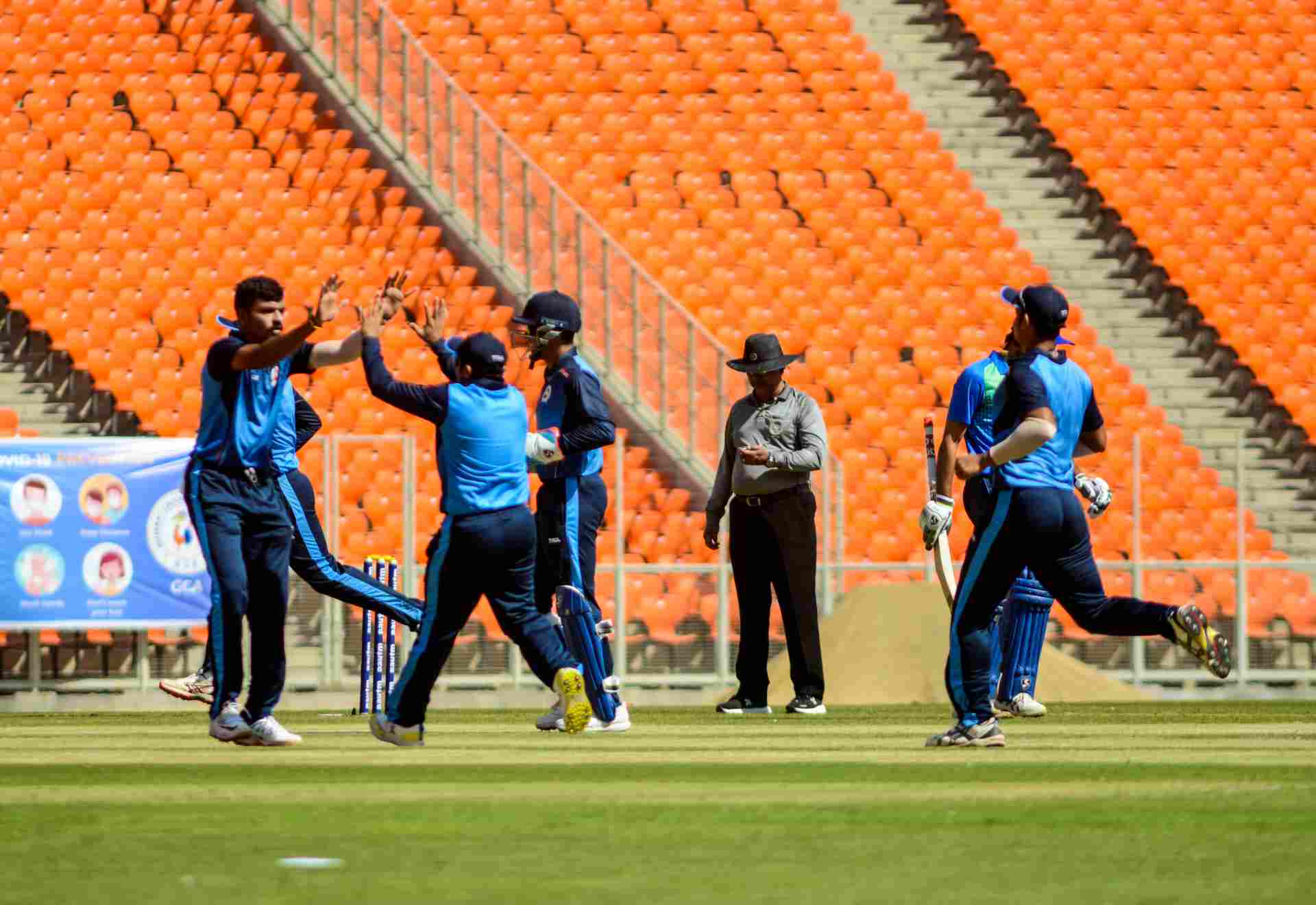 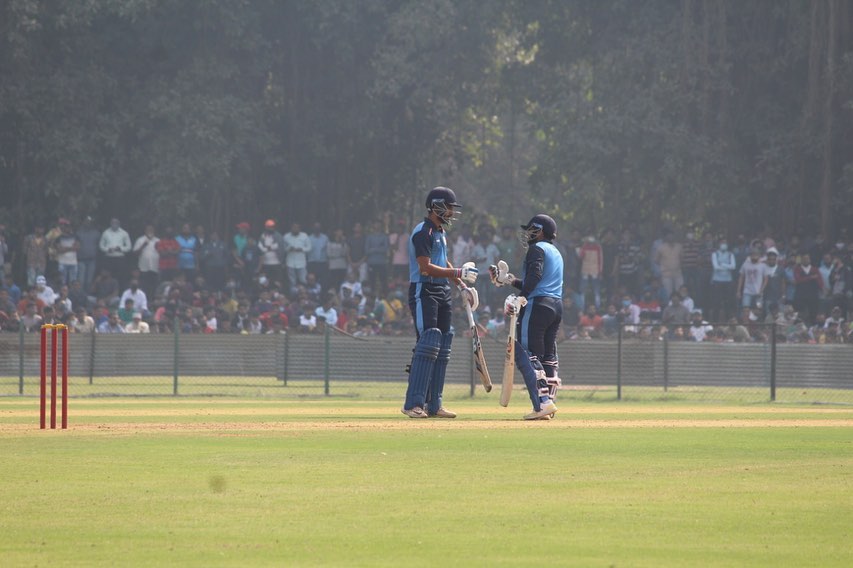 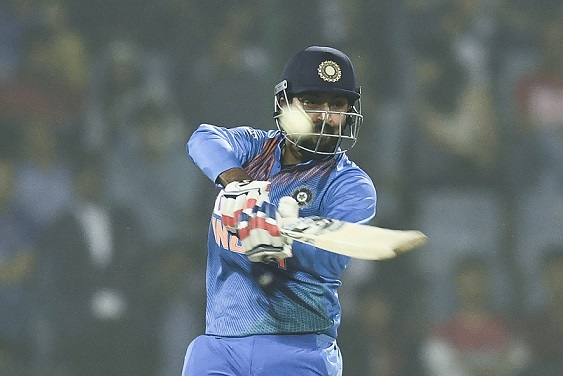