Teams could use retired out more effectively: Russel Arnold 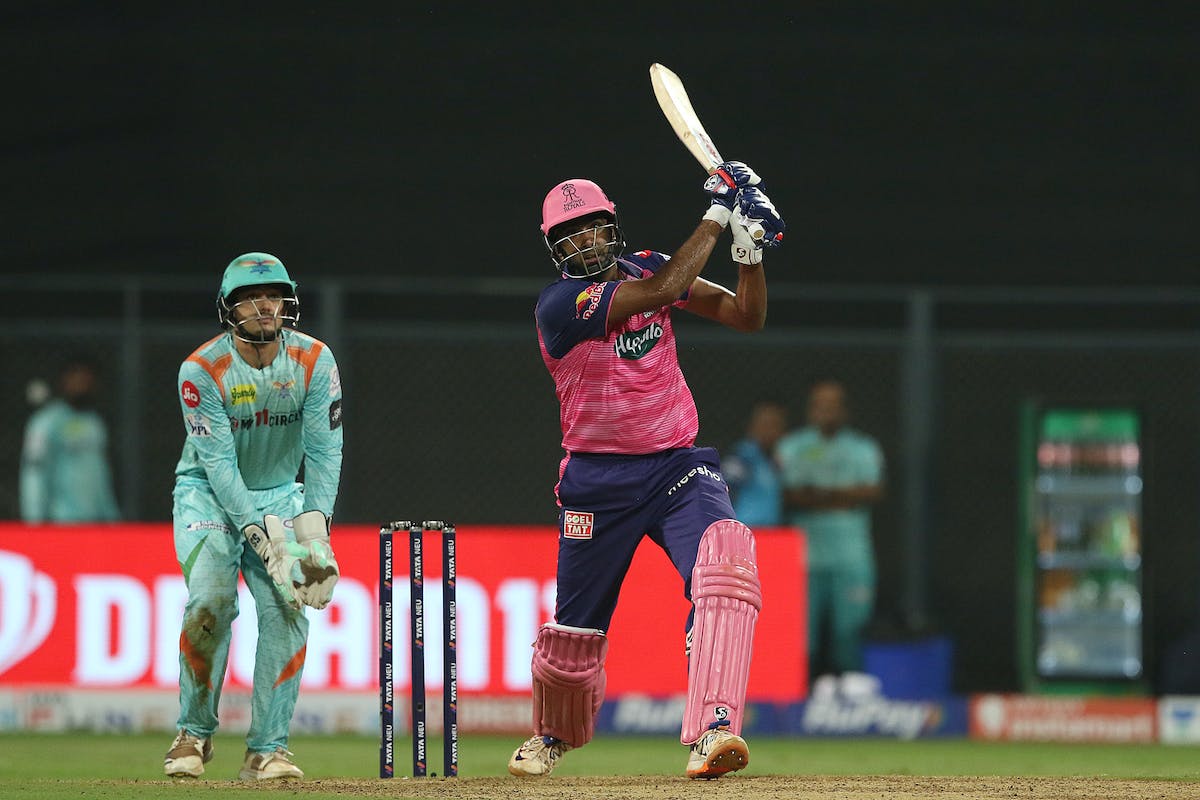 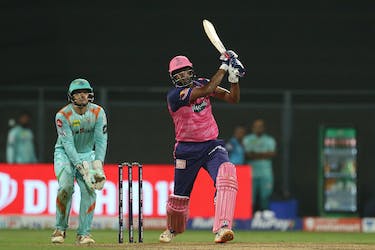 Teams could use retired out more effectively: Russel Arnold

Ravichandran Ashwin walked off the field after scoring 28 against LSG, which was the first time a player retired out in the IPL

Former Sri Lanka allrounder Russel Arnold felt that IPL teams can be prompted to use retired out more effectively following Rajasthan Royals' decision to call back Ravichandran Ashwin during the match against Lucknow Super Giants on Sunday.

Ashwin, who was batting on 28 from 23 balls at the Wankhede Stadium, was called back to the dug out in the 19th over and Riyan Parag walked to the middle. Arnold felt that teams might be inspired by the move frequently. RR captain Sanju Samson revealed during the post-match presentation that it was a strategy discussed before the season began and a team decision during the match.

"It would happen more often. It happened recently when someone was injured and the team needed two to win. But it is a ploy that can be used very effectively. There is nothing with it. It is clever cricket," Russel Arnold said in Cricket.com's review of Sunday's matches.

Walking in at No.6 when RR were 67/4, Ashwin forged a vital partnership of 68 with Shimron Hetmyer which helped them post 165/6 in 20 overs.

"The fact that he came at 6, generally too high for him in T20s, but his partnership with Hetmyer allowed them to bat deep in the innings. Ashwin may not be the most talented of the players but he has a lot going in his mind when it comes to his batting," Arnold added.

Arnold felt the new environments have boosted the duo's performances, especially Kuldeep who was discarded by KKR for the past three seasons.

"It has been good to watch both these spinners. They have been working for India together in the past and they were the go-to bowlers in the middle-overs. They both had a dip in form, especially Kuldeep Yadav but the way they have come back, the way their captains are relying on them is outstanding to see. They are looking for wickets, they are hunting and that is what stands out," Arnold said.

"I am very happy for Kuldeep Yadav because he had bigger struggles compared to Chahal. But superb from Chahal. Rajasthan didn’t have much to defend but Chahal did what he does best, search for wickets," he added.

Chahal, himself suffered with indifferent form last year which saw him left out of the 2021 T20 World Cup squad. Arnold felt that Chahal's presence wouldn't have made a difference as Indian batters struggled at the tournament in UAE and Oman.

"From last year’s IPL, Chahal was probably not at the top of the list. It was a decision you had to make; between form and the tried and tested. India went with form. But if you pick the team for the T20 World Cup now, you will go with him. But even if Chahal was there, Indian batsmen were not scoring enough runs for the bowlers to defend," he said. 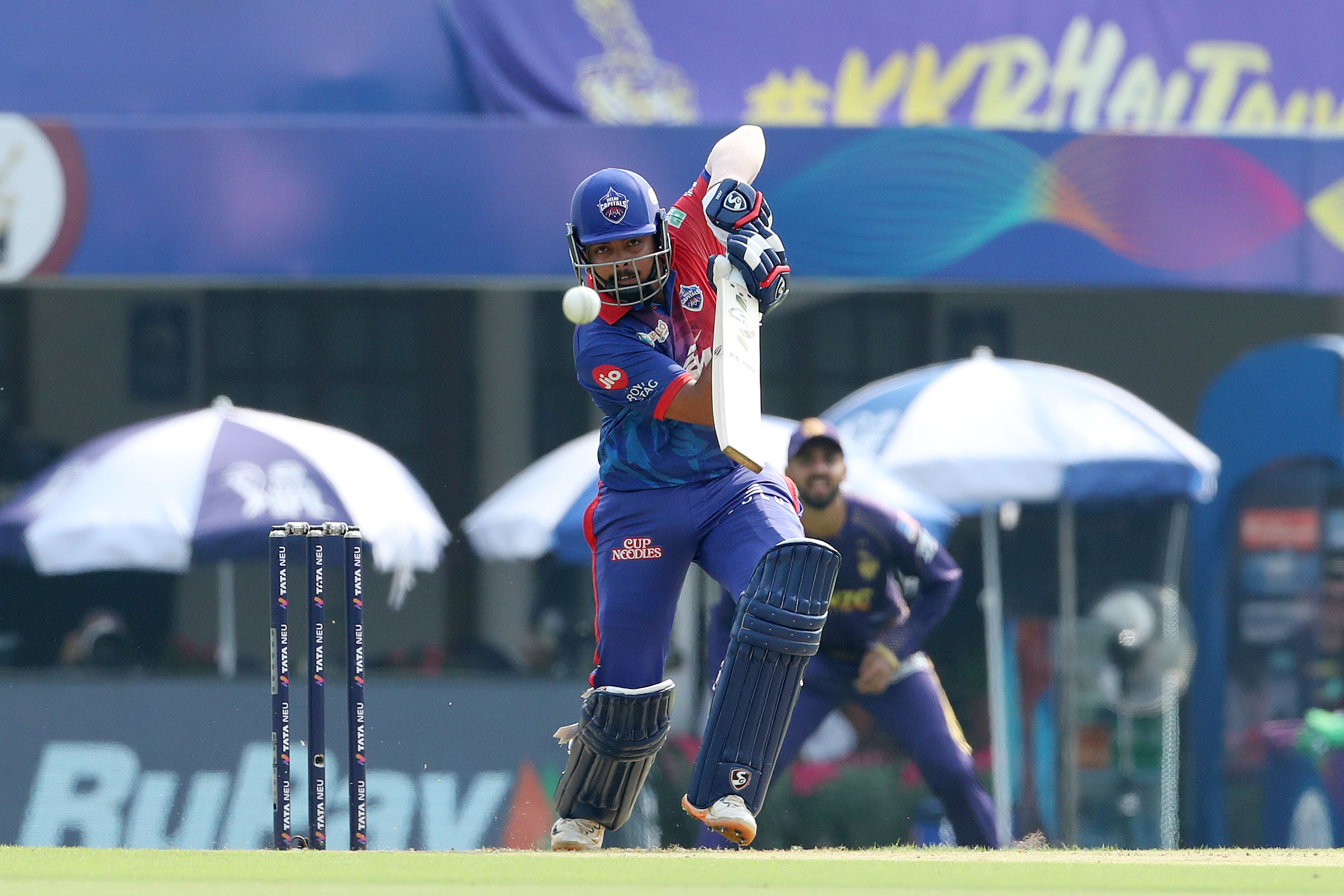 Prithvi Shaw was one of the stars in the day's first match between Delhi Capitals and Kolkata Knight Riders as he smashed a 29-ball 51 to lay the foundation for his team's huge total of 215/5 in 20 overs.

"He doesn’t have a lot of footwork. He has good hand-eye coordination alongside great wrists. He will hit you in areas you least expect. He is a little unorthodox. He has a VVS Laxman kind of a base and uses his hands in different directions. He hits it really hard," Arnold said.

"He should keep doing what he is doing to get a place in the national team," he said about the youngster.

Arnold also felt West Indies can benefit from Shimron Hetmyer's finishing abilities following his sensational knock of 59 not out off 36 balls which had six massive sixes. However, he felt the left-hander's fitness will be a concern when it comes to being consistent.

"Fitness is a major part. It is not only about hitting boundaries. You need to field, you need to run between the wickets so there is a lot more that is involved. But consistency from these two players (Hetmyer and Bhanuka Rajapaksa) hasn’t been there 100%," Arnold said.

"But what we saw from Hetmyer was incredible. We know he can hit the ball. We know he goes after the bowling all the time. But what I like today was he started slowly. He took it to the 15, 16th over and then he let loose. Well set, he took the pressure on the opposition beautifully," he added.