Tendulkar dazzles with the ball 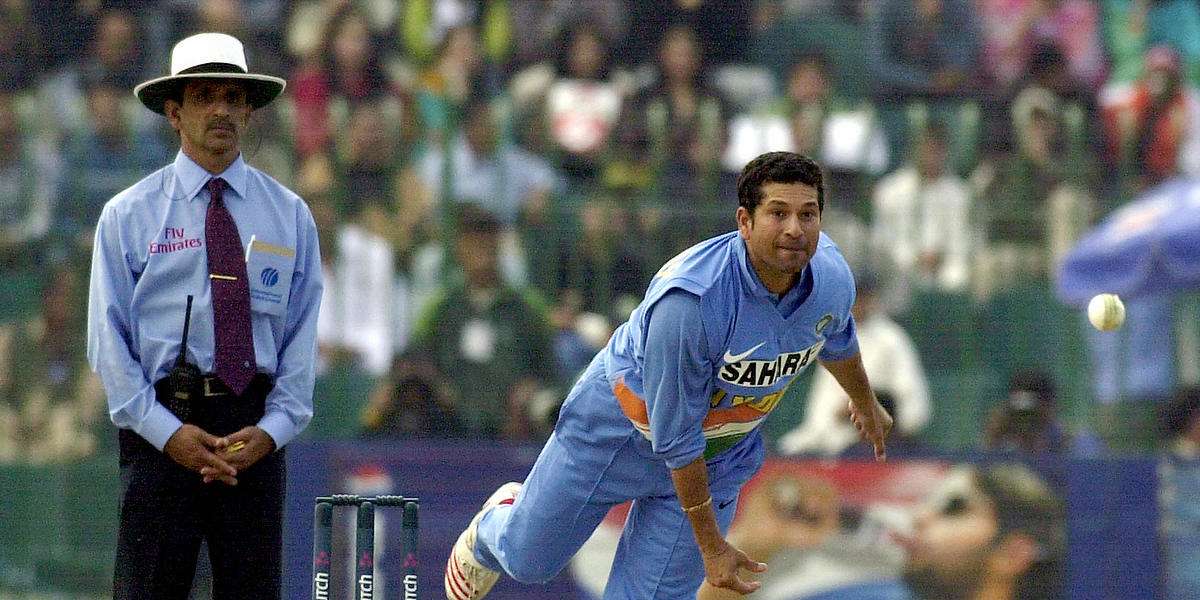 Tendulkar dazzles with the ball

On this day in 1998, Sachin Tendulkar registered his best bowling figures in ODIs 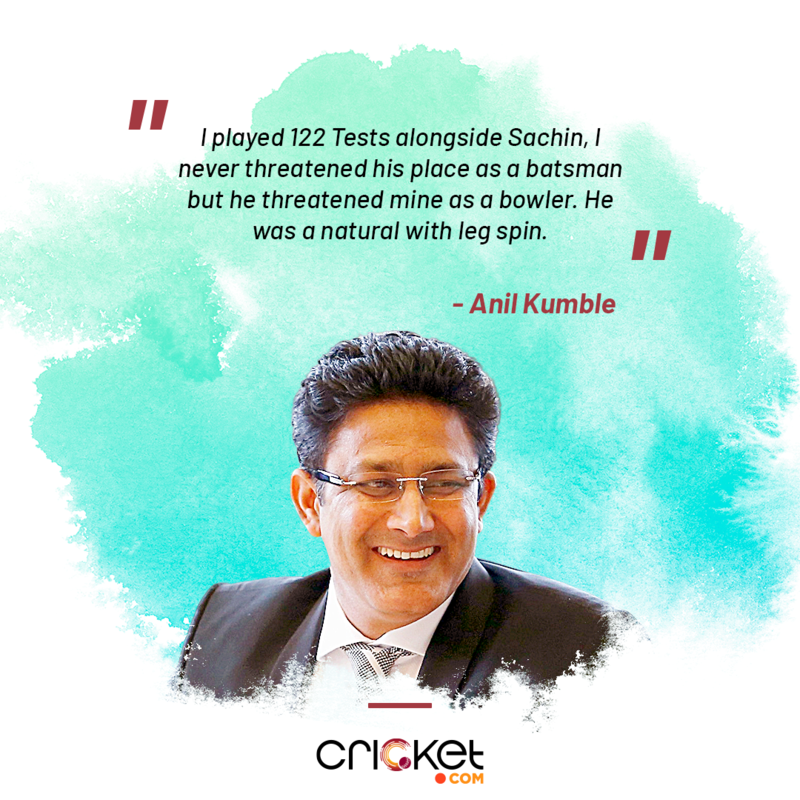 When you hear the name Sachin Tendulkar, your mind automatically wanders to the numerous strokeful innings that the Master Blaster has played in his illustrious career, but the fact that he has bowled many memorable spells and picked up important wickets at crucial junctures may not even cross your mind. Such was Tendulkar’s impact with the bat that you forget that he also picked up 201 international wickets.

It is no secret that Tendulkar wanted to become a fast bowler as a kid and also enrolled himself in the MRF pace academy. But he did not impress Dennis Lillee with his skills with the ball, but on the Australian great’s advice, decided to focus on batting.

Regardless, Tendulkar went on to etch his name in the folklore of Indian cricket even with ball in hand. He managed to get quite some big guns out in international cricket on a consistent basis: 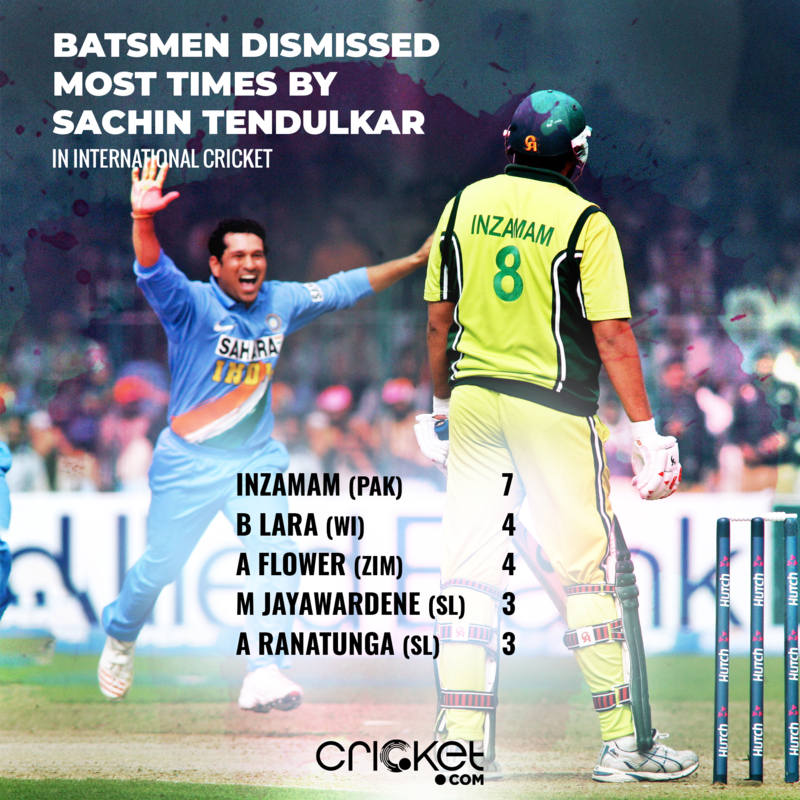 In fact, on this day in 1998, Tendulkar bowled his best spell in ODIs, picking up 5 for 32 against Australia in the first match of the tri-series, which also featured Zimbabwe, in Kochi. India had put on 309 for 5 despite being reduced to 19 for 2, thanks to a brilliant unbeaten 105 from Ajay Jadeja and fifties from Mohammad Azharuddin (82) and Hrishikesh Kanitkar (57). Australia had a strong batting line-up and were well on course to chasing the target down.

Australia were in need of 107 runs from 106 deliveries, with seven wickets in hand and with Steve Waugh and Michael Bevan, one of the best finishers in ODIs, well set at the crease. Australia were in full control, until Tendulkar, the sixth bowler that day, dismissed Waugh first, caught off his own bowling for 26, which opened the floodgates. Darren Lehmann was the next to go, out leg before after he was caught on the crease.

But Australia were still in control, needing just 87 off 89 with five wickets in hand, and with Bevan still at the crease. The southpaw had won matches from improbable positions for Australia in the past. But some accurate bowling saw the required run-rate go up to 7.5 in the last 10 overs. That’s when Azhar and Tendulkar hatched a plan to dismiss Bevan. The Indian captain, just like he did against Brian Lara in the 1993 Hero Cup, removed all the fielders inside the ring on the leg-side, forcing Bevan to play against the spin.

Tendulkar came over the wicket and zipped the ball in on leg stump. Bevan was imbalanced and the ball darted into Nayan Mongia’s gloves down the leg-side, who stumped the batsman for 65 off 82.

At this point, Tendulkar was spinning the ball ferociously and in a bid to hit out, Damien Martyn too was caught in the deep. Tendulkar finished with 5 for 32 and thanks to him, Australia had lost their last seven wickets for just 65 runs off 87 balls as India registered a 41-run win.

Interesting fact: Tendulkar returned to the Nehru Stadium, Kochi exactly seven years later (April 2) and picked up another five-wicket haul (5 for 50) against Pakistan to help his side to a 87-run win. His five wickets included that of Inzamam-ul-Haq, who he has gotten the better of seven times in international cricket. This was Tendulkar’s second five-wicket hauls in ODIs – only Javagal Srinath and Harbhajan Singh with three fifers in ODIs have more.

Besides a couple of match-winning spells mentioned above, Tendulkar bowled many other memorable spells in his career, which were crucial in the outcome of the match. Here’s a look at some of them:

• Hero Cup 1992-93, Kolkata: Eden Gardens’ first match under lights was indeed a memorable one. In one of the most surprising decisions, Azhar let Tendulkar bowl the final over of the match against South Africa with the Proteas needing just six more to win in a low-scoring encounter. This despite Srinath, Kapil Dev, Manoj Prabhakar and Salil Ankola still having overs up their sleeve. Tendulkar was ice cool in his approach and in the end, gave away just three runs and India, who looked down and out at one stage, went on to win the match by just a couple of runs.

• Border-Gavaskar Trophy 2000-01, Kolkata: Tendulkar bowled yet another crucial spell at the Eden Gardens, this time in a Test against Australia. After VVS Laxman and Dravid had put on a monumental 376-run stand for the fifth wicket, which included batting out an entire day after following on, it was the Indian bowlers’ turn to finish off the job for the team. After Harbhajan and Venkatapathy Raju had shared the first five wickets between them, Sourav Ganguly turned to Tendulkar to ease the pressure on his frontline bowlers who had already done a lot of bowling in that match.

Tendulkar responded right away – first removing Adam Gilchrist for a golden duck, followed by the big wicket of Matthew Hayden for 67 and finally, got the better of Shane Warne, who ironically did not pick the googly and was trapped in front.  He picked up three wickets from that spell and ended with figures of 3 for 31.

• Border-Gavaskar Trophy 2003-04, Adelaide: This Test will forever be remembered for Dravid’s heroics with the bat, where he scored 233 and an unbeaten 72 to help India win by four wickets. Ajit Agarkar’s spell of 6 for 41 helped India bundle Australia out for just 196 in the second innings. However, Tendulkar got the wickets of Martyn (38) and Steve Waugh (42) in quick succession, just on the brink of tea to shift the momentum towards India. Agarkar did the rest, while it was Dravid, who was once again the thorn in Australia’s flesh in that match even in the second innings.

• India vs Pakistan, Multan 2004: After Virender Sehwag became the first Indian to score a triple ton, there was a bit of controversy as Dravid had decided to declare with Tendulkar unbeaten on 194. However, Tendulkar then bowled a peach to Moin Khan, who had absolutely no clue about it.

The best part about this was that this was the final ball of Day Three and Tendulkar bowled a ball that turned viciously into Moin, who was bowled between his legs. You don’t see that quite often! Pakistan were bowled out for 407 inside the next 20 overs on Day Four, India went on to enforce the follow-on and eventually won the match by an innings and 52 runs. 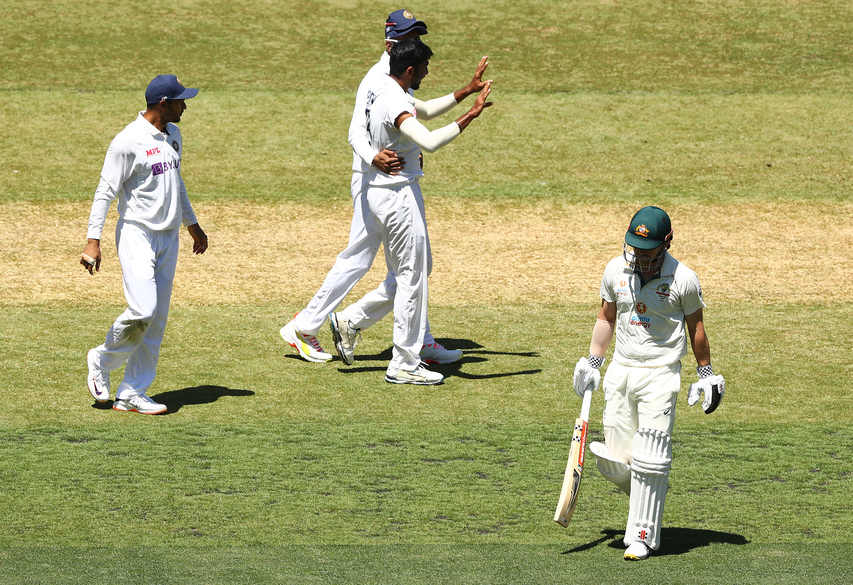 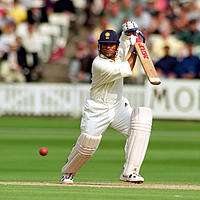