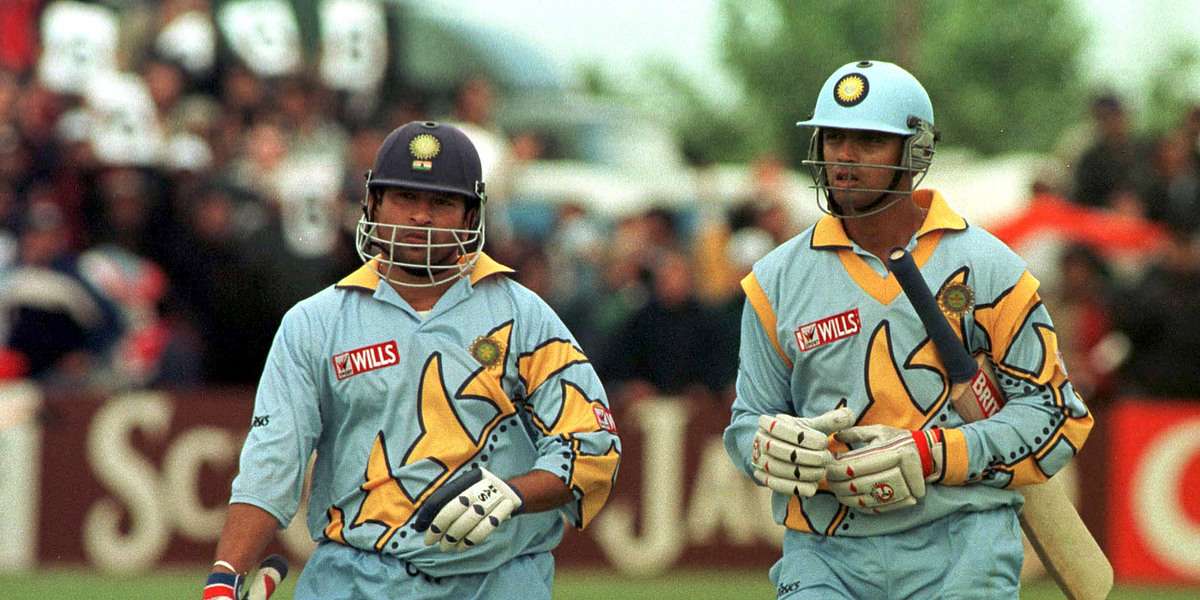 On this day in 1999, India kept themselves alive in the World Cup thanks to a record-breaking partnership

A tournament where India had the potential to go further than they eventually got, the 1999 World Cup draws mixed emotions from the fans. After failing to get off the mark in their first two matches – against South Africa, followed by a narrow three-run loss at the hands of Zimbabwe, the third game against Kenya thus became a must-win game for India to keep their hopes of making it to the Super Six stage alive. After missing out the on the Zimbabwe game due to his father’s demise, India breathed a sigh of relief when Sachin Tendulkar returned to take on Kenya in the do-or-die clash. It was an emotional game for Tendulkar, who considered his father as an inspiration and someone who encouraged him to pursue cricket right from a young age that saw Tendulkar him burst ointo the international scene at the tender age of 16.

Not only did Tendulkar return, he did so with a thumping century in one of the most emotional innings played by him. Along with Rahul Dravid, he ensured India kept their hopes of making it to the next round alive. Dravid despite scoring an unbeaten 104 off 109, does not get enough credit for his innings and his unbroken 237-run third wicket stand with Tendulkar – then India’s third highest ODI partnership overall and the highest for the third wicket even today.

A visibly emotional Tendulkar walked off to the applause of the crowd and his teammates with 140 not out off just 101 deliveries.

Kenya captain Aasif Karim won the toss and decided to put the under-fire Indian team to bat. Having scored a valiant fifty in the previous game against Zimbabwe, Sadagoppan Ramesh retained his place in the side at the expense of all-rounder Robin Singh, who had to make way to accommodate Tendulkar in the XI.

India got off to a steady start before Ganguly was trapped leg-before for 13. Just when Ramesh was getting a move on, a confusion with Dravid saw him run-out for 44. Tendulkar then walked in with the crowd giving him a rapturous welcome. He started off slowly, but once set he had made his intentions clear, smashing Karim over long-on to collect the first six of the match in the 30th over. He brought up his fifty off just 54 deliveries. After a quick look at the heavens, Tendulkar rallied on.

Dravid played a brilliant sheet anchor’s role and had gotten to his half-century immediately after Tendulkar, but it took him 70 balls to get there. With 14 overs left, India had set themselves a brilliant platform to get a big score. There were two set batsmen at the crease and had eight wickets in hand. Things were looking ominous for Kenya.

Tendulkar and Dravid switched gears after that and scored at least one boundary almost every over after that.  At the same time, they kept the scoreboard ticking with ones and twos.

Till then, Kenya had scored in excess of 300 just once – against Bangladesh in 1997, in which they scored 347. Their highest score batting second was a mere 254 for 7 against Sri Lanka in 1996. It was safe to say, they had their task cut out against a good Indian attack.

Kenya’s chase was odd. They either seemed to realise either that the target was too little that they have plenty of time to chase or they felt it was so huge that they decided to just play out the overs without really making a match of it.  Opener Kennedy Otieno (56) and Steve Tikolo (58) did score fifties, but Kenya were never really in the game, more so after they managed just 22 runs from the first 10 overs of the game. India however were a little too kind, giving away 44 extras in the match, which included 31 wides and three no-balls – Kenya’s third highest scorer in the match.

While the Kenyan innings was largely uneventful, the match will forever be remembered for the bravery Tendulkar showed, playing on despite facing a personal tragedy.

Talking about the knock Tendulkar in his autobiography ‘Playing it my way’ wrote, “Though I managed to score a hundred in the match against Kenya — which remains one of my most cherished centuries, one I dedicated to my father — my mind was not always on the game.”

Tendulkar and Dravid combined once again in November that year to put on 331 for the second wicket in the Hyderabad ODI against New Zealand, which still stands as India’s highest- ever partnership for any wicket.