The anatomy of the understated genius, Tom Latham 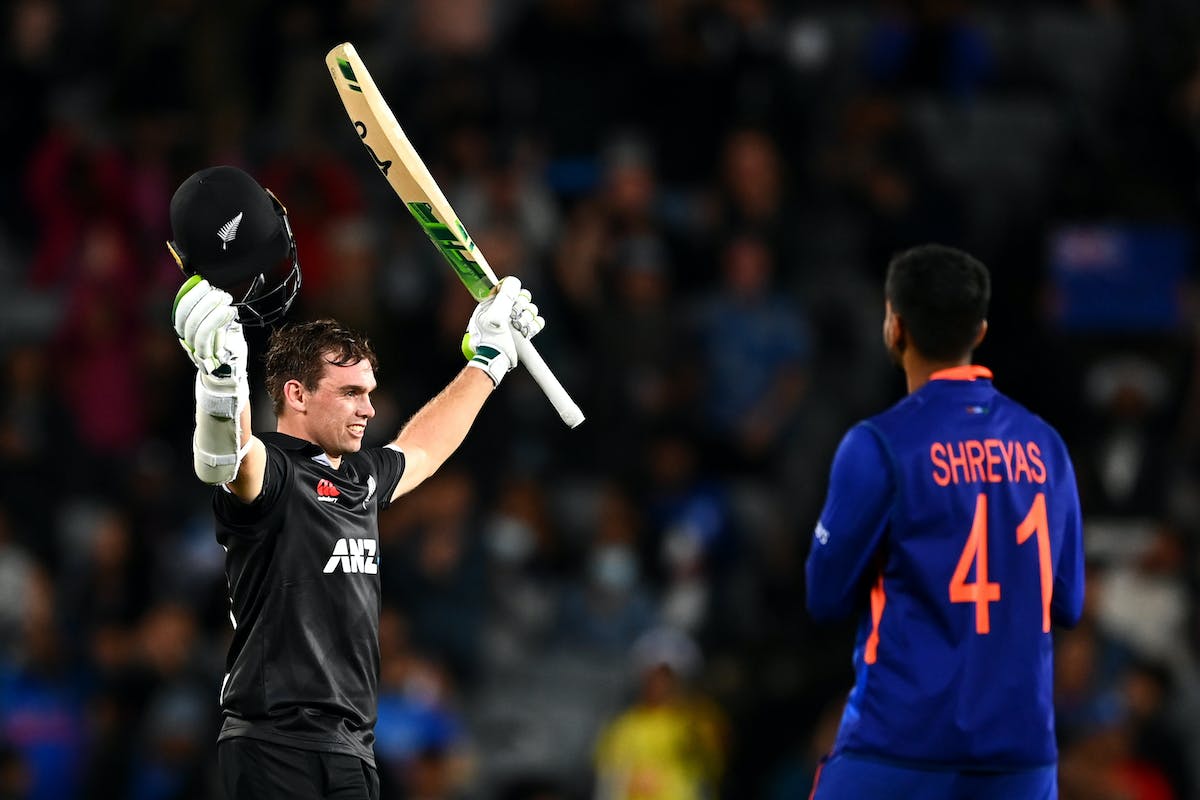 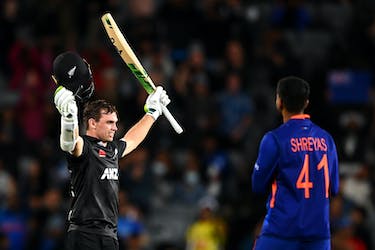 The anatomy of the understated genius, Tom Latham

An average of nearly 65, and over 800 runs, Latham does really like to play against India

Twice in two years, Latham has stood tall against a testing Indian bowling unit. If in Kanpur, it was a test against the spit turners, in Auckland, it was against the fiery Umran Malik.

Midway through the 40th over, Shardul Thakur was almost in tatters, the Indian fielders had a sorry expression on their face and skipper Shikhar Dhawan was composing a calm face when inside he was dreading the decision whilst there was the familiar smiling-faced assassin with the bat. 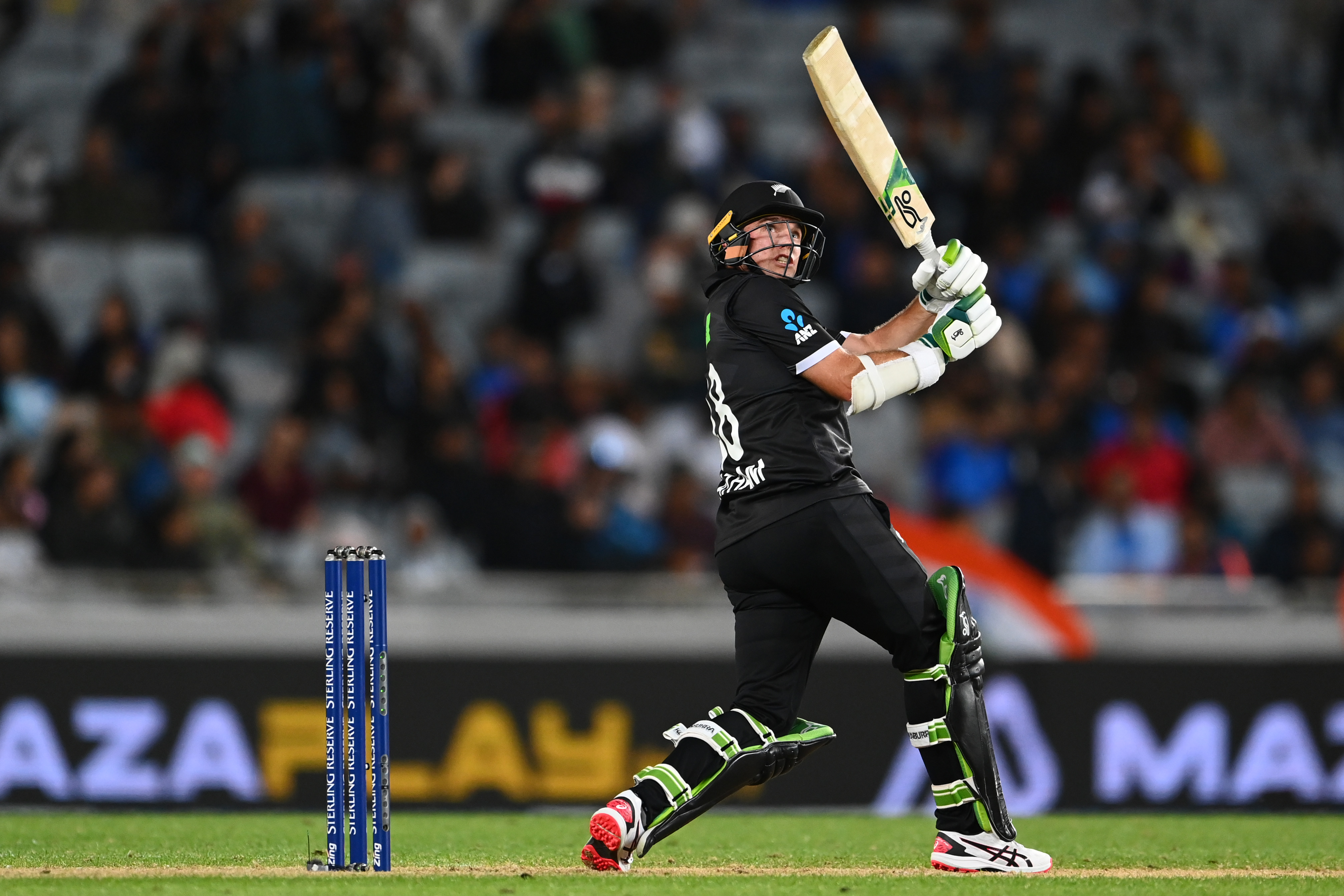 “There are only gaps on the field, when Tom Latham is batting,” uttered Harsha Bhogle on air, and for most part of the long Auckland night, it was like that.

On days like Friday, you would not be wrong to assume that cricket comes naturally to the left-hander. There are only a handful of batters that could have such a regular impact against India, Salman Butt, Quinton de Kock, the yesteryear Nasir Jamshed and now, Latham.

The moment he walked out to bat, the intent was clear, the approach was evidently visible and never did he look like there was an iota of doubt surrounding him, carving a solid niche for himself.

“Was this as close to the perfect game Latham played,” Harsha asked on air, and Simon Doull was quick in pointing out that it was. Numbers definitely agree with that, as he walked away unbeaten on 145 but what was more interesting was how he went about his business.

Latham was quick in employing the sweep against the Indian spinners, the flicks and drives against the pacers. Not just that, he also stepped back and just carved the ball to the boundaries. While the left-hander might have said that he “doesn’t know where it came from,” he was always one of the best batters in this Kiwi setup.

Since the conclusion of the 2019 ODI World Cup, the dependency on Latham as a batter has been immense in this BlackCap ODI setup. In that time frame, the left-hander has scored 832 runs, hundred more than any Kiwi batter, with an average of 59.43, the highest for any New Zealand batter with a minimum of three innings.

But what makes it more special is how not once during his stay at the crease, did the run-rate go well over the 8-run mark. If calculating the required run-rate was an art, Latham definitely is the artist that painted em’ damn well.

His art on Friday was carefully visualised. When the bowlers went short, he pulled them (45 runs), and when they went slightly back, he flicked (16) and when the spinners erred, he swept (15 runs), showing an array of strokes on his art brush. In fact, sweep is one shot that he has been mastering for some time now. 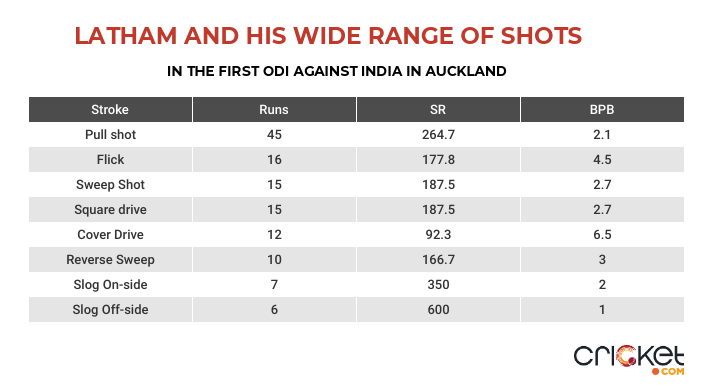 Since 2019, no Kiwi player has employed the sweep more in ODIs than Latham, and no one has scored more runs than his 54 with the long leaver. He rarely misses the sweep, with a strike-rate of 150, showing the spinners who the real boss is. Sweeps are a tough shot, especially if you have not grown up in the sub-continent.

But Latham belongs to a rare breed of cricketers, the Roots and the Smiths, to perfect the sweep shot. If you think it was just the sweeps, he even reverse swept with the back of his bat. The strokes though, weren’t gentle, they were all painted with a touch of violence, almost like a heavy downpour, with lightning and thunder.

It was pretty late in the night in Auckland but the way Latham had crafted his innings, it only pumped up more energy into the faithful. Only three players have scored more runs at No.5 since the ODI World Cup than Latham: Pooran, Munsey and Asalanka but none really average the 115 he does, with just five dismissals.

India are Latham’s favourite opponents in ODI cricket. It isn’t merely from recent memory but a fact that has its roots well rooted. Across 17 innings against the Men in Blue, Latham has scored 846 runs, averaging 65.08 and a strike-rate that is in touching distance of 100. He drives home consistency when he sees the team in blue, with five half-centuries and two hundreds. 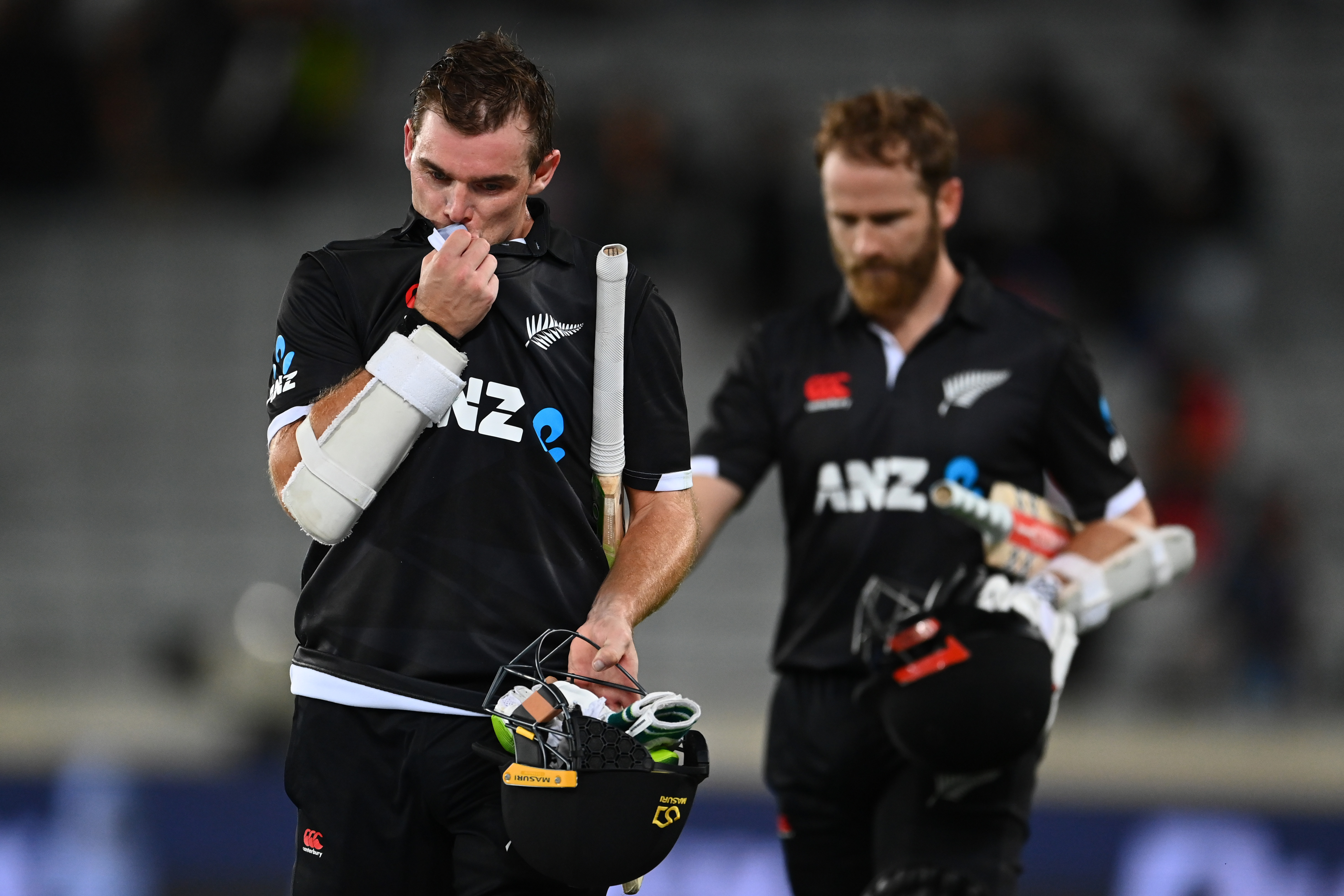 Every image of India losing against New Zealand in ODIs in recent times will definitely have a daunting image of Latham next to it. 2017: Wankhede, 2022: Auckland. Against no other team has the left-hander crossed the 500-run barrier in ODI cricket. Against India, he has 846 runs.

There is almost something about Latham that separates him from the rest, if he shows grit in Tests, he shows wit in the ODIs.

“It was just one of those days when everything came off well,” uttered Latham.

Maybe Latham, it isn’t one of those days, it's just another day.