The day Hope and Campbell feasted on the Irish attack 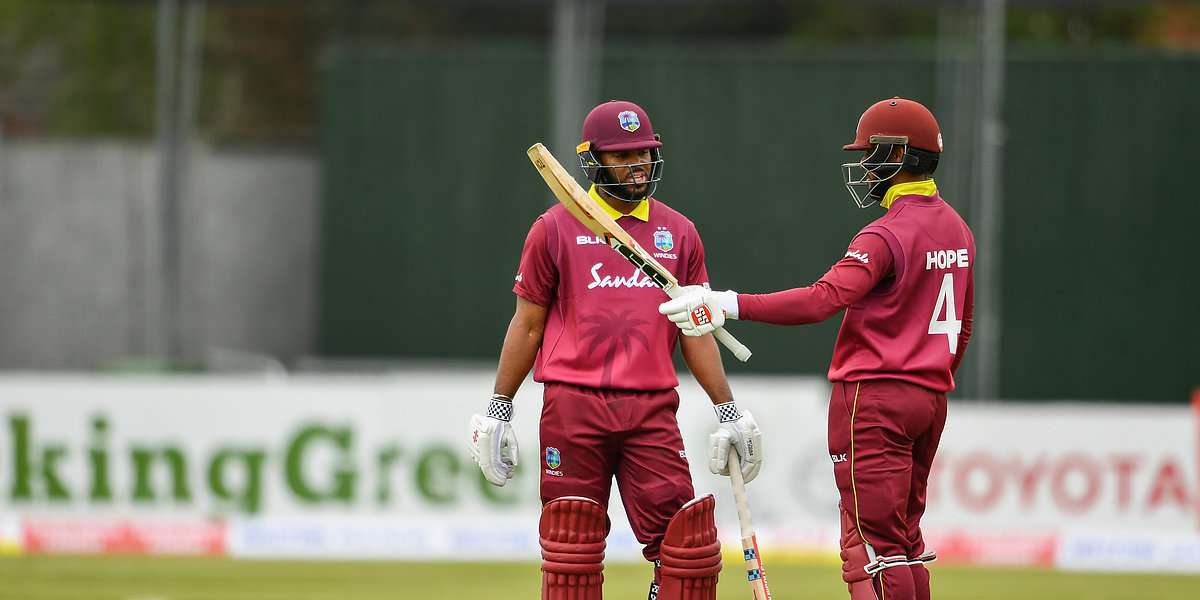 The day Hope and Campbell feasted on the Irish attack

It doesn’t often happen that a player achieves a record-breaking feat but does not find a place in the side afterwards. In 2006, Jason Gillepsie became the first night-watchman to score a double hundred but it turned out to be his last international game. That, however, was a different case as Gillespie failed to lay his impact on the game as a bowler, the role he was initially picked for in the side.

On this day, a year ago, John Campbell as West Indies’ opening batsman, paired up with Shai Hope to record the highest opening partnership in ODI cricket. Against Ireland in Dublin, the duo batted for 47.2 overs putting on 365 runs for the first wicket soaring past the earlier record set by Imam-ul-Haq and Fakhar Zaman - 304 runs against Zimbabwe in 2018. Unfortunately, Campbell has not represented West Indies in ODI cricket since then. In fact, he was dropped in the next game as the series was the last for West Indies before the 12th edition of the ODI World Cup and he was a transient fix for the unavailability of a heavy contingent of Caribbean players due to the IPL.

Clontarf Cricket Club Ground in Dublin was host to the first ODI of the tri-series between Ireland, West Indies and Bangladesh. For the latter two, it was their last opportunity to resolve any chinks in their armour before the World Cup. For Ireland, who were not a part of the tournament, it was a matter of raising more question marks on ICC’s decision to stage a 10-team World Cup. Ironically, the last time the two teams had met, it was to attain two crucial points in a hard fought fight for one of the two available World Cup spots.

Ireland skipper, William Porterfield won the toss and elected to bowl first. As is the case with any big partnership, Campbell and Hope began cautiously. The first 10 overs brought only 37 runs. But in the next 10, the score approximately tripled. The scoreboard read 105 for no loss and it might have been around this point that Porterfield would’ve started to regret his choice at the toss.

Ireland, along with Zimbabwe, probably possess the modest bowling line-up in international cricket with lack of impactful pace and spin bowling options. Once the two batsmen were set, they feasted on the Irish bowlers without providing a chance to the hosts.

While Hope was sedate in his approach as usual, Campbell’s strike-rate remained in excess of 100 for most part of the innings. Both batsmen stayed neck-and-neck throughout their partnership and brought up their respective hundreds in the 36th over. The run-rate which had been on a gradual ascendancy during the course of the innings was set to take a spike. The duo added 142 runs from the next 67 deliveries before Campbell hit one in the air to Porterfield off the medium-pace bowling of Barry McCarthy. He plundered 179 from 137 balls with six maximums and 15 fours.

Hope muscled Tim Murtagh over long-on on the first ball of the 43rd over to bring up 300 and make him and Campbell only the second opening pair to forge a 300+ opening stand in ODIs. On the fifth ball, Campbell used the gap at deep mid-wicket to surpass Imam and Zaman’s feat. It was only the second time both openers scored 150 in the same innings. Ireland were unfortunately the recipients of the first instance as well when Brendon McCullum and James Marshall scored 166 and 161 respectively.

Hope and Campbell missed out on the record for the highest partnership for any wicket by 7 runs - set by Chris Gayle and Marlon Samuels against Zimbabwe in the 2015 World Cup with a 372-run stand. If they had batted through the innings, they could have become the first pair to bat 50 overs in ODI cricket.

West Indies posted 381 for 3, eight runs shy of their highest team total in ODI cricket which they had scored against England in February 2019.

Ireland did not threaten West Indies in a daunting run-chase of 382. Losing Paul Stirling, an indispensable element to pull off such a task, for a golden duck, didn’t help their chances and the home side were bowled out for 184 in 34.4 overs. West Indies could not repeat their dominance in the series again and lost the final to Bangladesh.

Hope established himself to partner Gayle at the opening slot in the World Cup and was the highest run-scorer of the tri-series with 470 runs.

As mentioned earlier, Campbell was dropped in the next game in favor of Sunil Ambris who had a better chance to feature in the World Cup. Campbell was picked as one of the 10 reserve players later who went on to take part in a pre-World Cup training camp for West Indies alongside Kieron Pollard and Dwayne Bravo.