WTC cycle over, where does India's Test unit stand? 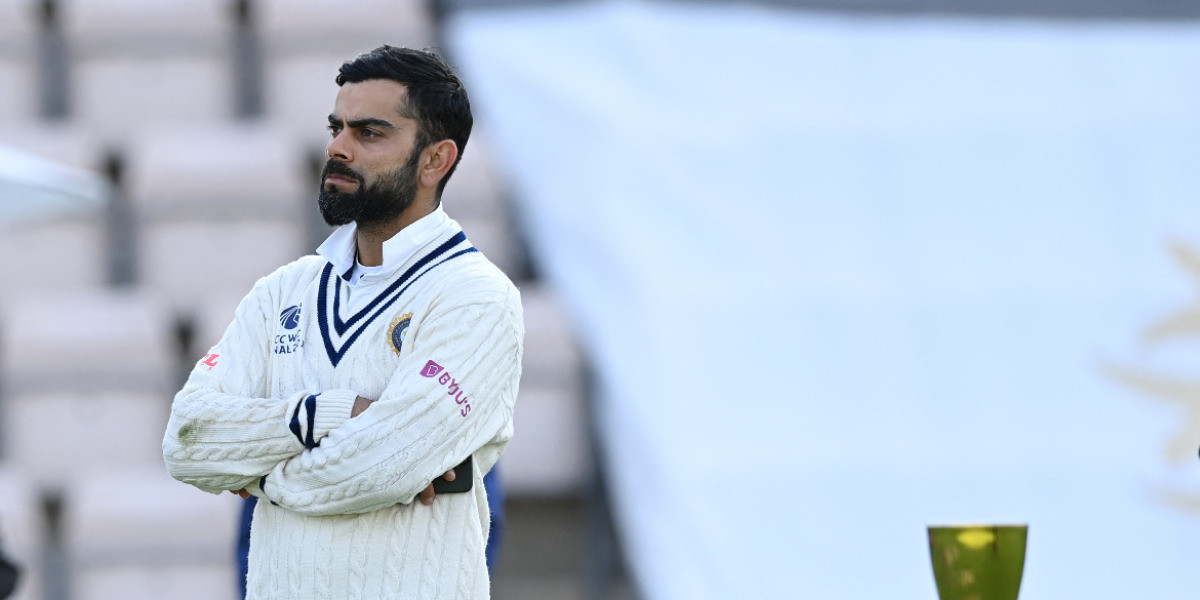 WTC cycle over, where does India's Test unit stand?

India are still the best all-weather Test side in the world, but there are lessons to be learnt from the final

On the eve of the final of the inaugural World Test Championship, India’s skipper, Virat Kohli set the expectations straight - "We have been on a quest of excellence for a while and will continue to be on that part regardless of what happens in that game." It provided a window into the mindset of the team looking to achieve bigger things.

But the number of trophies are often the measure of sporting laurels for a team. The West Indies in the 70s won them and so did Australia in the 2000s. The current Indian team is in a unique spot where it is unanimously accepted as the best all-format all-weather side in the world but with no ICC trophy to show for in the last eight years.

While white-ball cricket needs a separate discussion, the heartbreak in the final of the WTC can propel this side to move from the fringe of being one of the best Test sides in cricket’s history to actually be one. In a month’s time, India will engage in five-match Test series against England in their backyard where this side has been hungry for success. Later this year, the team will travel to South Africa, the only major cricketing nation where India have never won a Test series.

With swing and seam likely to be a major part in both those tourneys, there are four lessons that India can draw from the WTC final to ensure success later this year which will, in turn, help this side in having one more shot at the WTC mace.

1) Rohit Sharma is here to stay

There were exactly two times during the final when the bat dominated the ball for a period of time– the beginning of the Test and the culmination of it. Ironically, the pair batting together on both those occasions are at different stages of their Test career. The one from India is relatively new to the role and trying to show that they belong. While the one from New Zealand is the most successful duo in their team’s history sticking together to achieve glory comparable to the kind that eluded their side a couple of years ago by barest of margins.

For all the question marks on his ability to succeed in challenging conditions, Rohit Sharma did enough for the side to stop scratching their head in search of an opener. Though a false shot percentage of 26.8% is high, but he batted in the toughest conditions on the second day. He finished as India’s joint-highest run-getter in the Test (along with Ajinkya Rahane). Moreover, he batted at a brisker pace than any other top-order batsman from either side thus falling in Kohli’s go-to tactic of batting with intent. No bowler troubled him in particular and his approach was a breath of fresh air.

Rohit’s partner, Shubman Gill might have to face some scrutiny if he continues to average a mere 12.7 on the front foot. Given proper preparation under match-like conditions, a month-long time before the next Test should be sufficient to sort this out.

Whenever India underperforms in Tests, Cheteshwar Pujara finds himself caught in the crossfire somehow. No other Test cricketer has seen a career as polarized as him in recent times when after every Australia tour, he is hailed as India’s backbone and a loss in an overseas Test puts his intent in question.

Unlike the bowlers, batsmen, in general, live a charmed life as teams do not often opt for horses for courses for batsmen as they do for bowlers.

With an average of 47.29 there, India would want Pujara to travel whenever they tour Australia. But, an average of 27.53 in England after 10 Tests is underwhelming. It has been repeated like a broken record that in English conditions a ball with your name on it will eventually arrive. And hence, Pujara’s approach of soaking up the balls often proves an unwise move.

Looking ahead, his success in Australia and also back home is more to do with the build of the opposition than the conditions. His style of wearing the bowlers down and target the lesser mortals works well when a team plays a spinner as Pujara averages nearly 70 against them. Even in their backyard, Australia love to play with a spinner. And so do the teams when they play in the subcontinent. A team that has four frontline pacers like New Zealand did or even England with Ben Stokes, rules out the option of tiring the bowlers down.

“Our endeavour from here will be to try and score runs and not worry about getting out in testing conditions. That's the only way you can score and put the opposition under pressure, otherwise, you're just literally standing there hoping that you don't get out and eventually you will because you're not being optimistic enough, " said Kohli after the final. Though Kohli did not name names, but it is not difficult to guess the player under scrutiny on the subject of 'intent'.

When India toured England in 2018, they dropped Pujara for the first Test. He answered his critics with a century in the fourth Test at Southampton. While he might play the first Test against England this time, just soaking up balls might not help him last till the fourth.

3) The best is not always the best-suited

Kohli defended India’s XI for the final all along. According to him and the management, it took the pitch out of the equation. Despite the defeat, the assessment is not incorrect. The ball turned on the last day when the pitch was three and a half days old.

The larger question is the choice of the pace troika for the final. All three have been India’s most successful fast bowlers in recent times. But are they the best suited together in conditions when the ball swings and seams?

The chatter on the third day when the Indian bowlers had the New Zealand batsmen playing and missing often was on the natural length. Both Mohammed Shami and Jasprit Bumrah are comfortable bowling at good lengths or even slightly back, bowling in the 140s, hitting the pitch, hoping for it to do the rest. Ishant Sharma swings the ball more than the other two but it goes only one way- away from the lefties – not challenging both sides of the edges.

While the three are India’s most celebrated pacers, playing them together can render the attack one-dimensional. Despite last playing a Test in early 2018, Bhuvneshwar Kumar is still India’s most successful bowler in England from among the currently active ones with 19 wickets at 26.6.

India might not have a pace-bowling all-rounder but they can surely plan to include a genuine swing bowler to cover all bases.

During the 2018 tours of South Africa and England, the team management was vocal about not playing practice games as they felt that the local teams did not put up a strong XI to challenge them. But, when they toured Australia in 2018 and in 2020, they chose to play a practice game. Though correlation cannot be causation but India won in Australia and could not do so in the other two countries.

The opinion of the management has thus changed. Kohli admitted that his team has asked for practice games but have not been given to them for unknown reasons. It goes without saying that BCCI has enough clout to convince multiple local teams to schedule the games in a month-long period.

Focus on nets and intra-squad games meant that India have more often been slow-starters in away tours in recent times. And it might have cost them the WTC mace as well. Looking for the elusive win in England, some of the batsmen feeling the heat might be better off with some runs against bowlers they are not used to facing.