This has been my dream year but aim is to improve further: Axar Patel 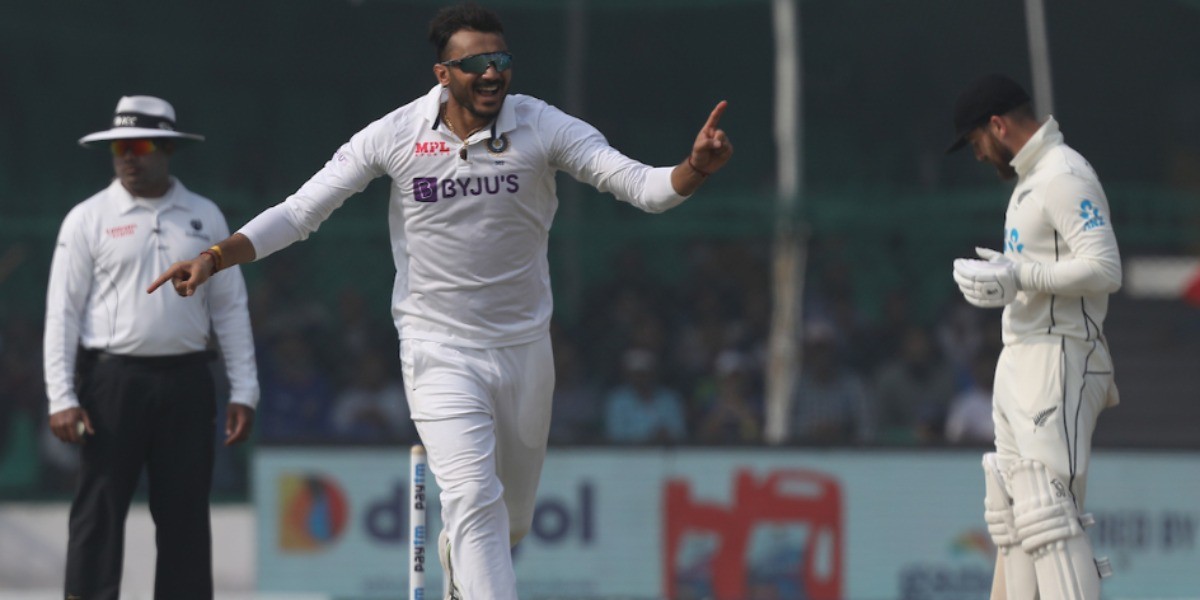 This has been my dream year but aim is to improve further: Axar Patel

It was a dream that he nurtured while putting in hours of hard work for years, and Axar Patel couldn't be happier that he has finally realised it at the biggest cricketing stage against teams like England and New Zealand.

Patel has largely remained under the shadow of another orthodox left-arm spinner Ravindra Jadeja's for years before he made the year 2021 his own with 36 wickets.

The left-arm spinner has been a vital cog in the bowling unit of the side at home and revealed it was a dream he worked relentlessly hard to achieve.

"Actually, this has been my dream year, you can say. The way I bowled in England series, and now how the New Zealand series panned out, in between, there was IPL, so I can say that this has really been a good year for me personally, " he said in a press conference after the day's play.

"My endeavour is to keep improving and look at areas where I need to get better. All the hard work that I have put in all these years have finally yielded results this year," Axar added.

In the first innings, the southpaw showcased his skills with the bat and scored his maiden half-century to propel the side to 325 runs. "The batting coach (Vicky Rathour) and team management have faith in my batting abilities, and they have always told me that 'you can do it. Earlier, when I got chances, I couldn't convert my starts, but this time when I got chances, I was able to convert."

"My batting is benefitting my team, and if you see that myself, Jaddu and Ash bhai play as all-rounders, it releases a bit of pressure on our batters, so it is a good sign. As long as I keep contributing, it's good for both me and my team," he stated.

With the Indian team set to tour South Africa later this month, Axar knows that he might have to sit out, and is ready to bide his time.

"Team management discusses with us, and they tell us whether we fit in team combination or not. Whatever is priority for the team is done, and we just tell ourselves that we should focus on our routines and how we can keep improving," said Axar, showing that he was practical in his thought process.

Once the visiting side were bundled out for 62 runs in the first innings, time was never a factor to decide the result in the Test match.

"The idea was to bat as long as possible as this kind of a situation, you don't get everyday, so the plan was to make the most of it. We were trying to explore various options and check out what if we have to chase on this kind of a track on the last day, trying to express ourselves in a different situation," he said, explaining the rationale behind the move to bat 70 overs in the second innings.

The 27-year old also shared insights on the surface and said the wicket has eased out, and the batters can only get out if they commit a mistake.

"Two days back, due to the underlying moisture, there was a fast turn on offer, and as time is progressing, the track is slowing down a bit. So today, even when there was turn, the batter had enough time to go on the back-foot and negotiate it.

"Only if the batter is making mistakes, then it's a bit difficult for him. We have been in umpteen situations like these, and we know what needs to be done in these circumstances. It won't always be the case that batters will get out quickly, so one needs to have patience, " he concluded.