TNPL gets bigger and better as the year goes by 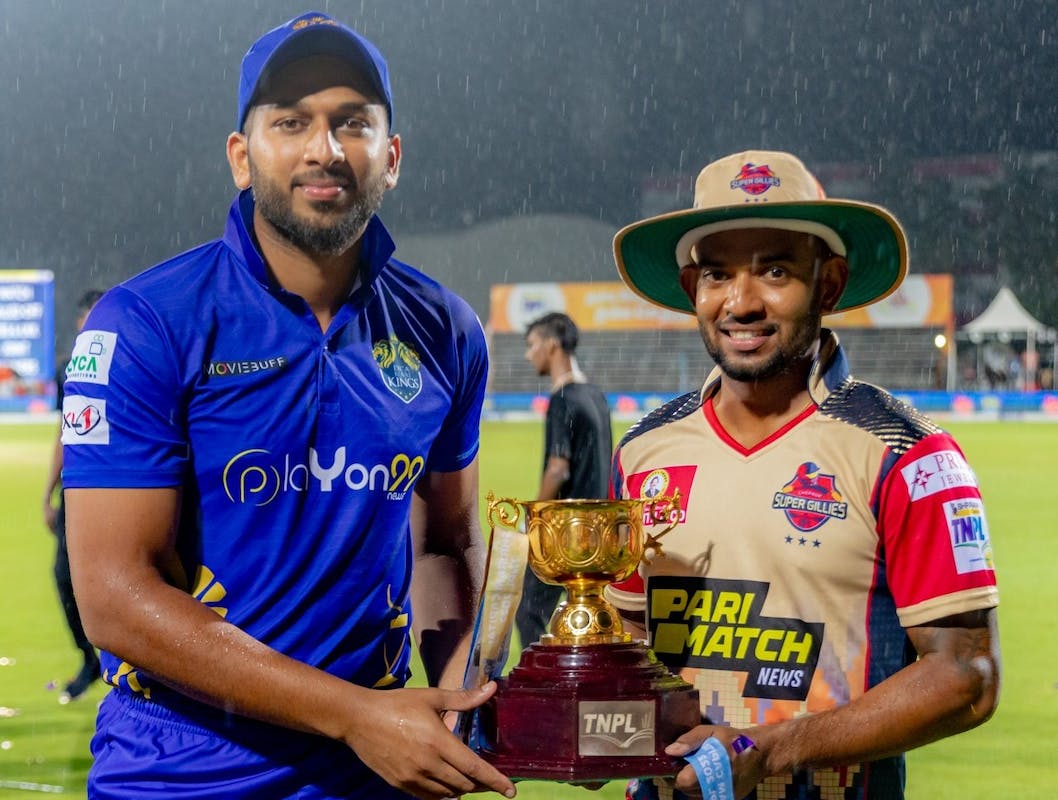 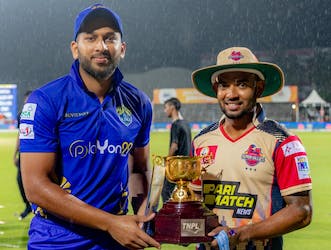 TNPL gets bigger and better as the year goes by

In 2016, Tamil Nadu Premier League (TNPL) was just another state-run league in the eyes of people. Six years later, it has become the ultimate podium for talents, a platform for the already existing superstars from the state and a stepping stone for the talents to reach bigger platforms.

Also read: The whirlwind success of the Tamil Nadu Premier League: Behind the Scenes

As TNPL’s CEO Prasanna Kannan told Cricket.com exclusively in 2021, the three things that was of apex importance for the tournament were: talent growth, infrastructure and fresh crowd. 2022 saw all of it, including the debut of a venue, the Salem Cricket Foundation Stadium (SCF), proving that the league is growing leaps and bounds.

On the talent level, yet again there was a show from the youngsters. Some pretty unknown before the competition, some known but not yet proved their worth and some wanting to prove their worth after not-so-good IPL. What stood out?

An element of mystery continues

TNPL was home to Varun Chakravarthy, in fact, it was the tournament that really led to the mystery spinner becoming an overnight sensation amidst the Indian cricket enthusiasts. While Varun still continues to ply his trade for the Madurai Panthers, there was a new youngster in the town who took the eyeballs – Balu Surya, of Lyca Kovai Kings.

Surya has earnt himself a reputation on the circuit, with his ability to throw out the carrom ball with such disguise. The 25-year-old came into the season after a stint with Royal Challengers Bangalore (RCB) as a net-bowler. While he lost his way towards the end, in the first seven games, the off-spinner had picked up ten wickets, conceding at less than run-a-ball.

While he ended the tournament with an economy rate of 6.03, it still doesn’t take away the mystery he weaved around the batters. Some obliged the trap while the others played cautiously around it. In fact, in an interview with The New Indian Express, a well-known coach, TS Mukund had already given his seal of approval to the mystery bowler.

“He saw my variations and he was the first one to say, ‘you are an IPL product’. I’ve always believed I could do big things, but until then I never had someone to groom my skill sets. And that is when I myself believed I could play top-level cricket,” Surya told The New Indian Express.

With Surya, TNPL continues to be home to the element of mystery.

Sanjay Yadav and an unforgettable season

Earlier last month, in an article, we mentioned the exploits of a 27-year-old all-rounder Sanjay Yadav. While his journey itself is a rather curious one, his cricketing form isn’t. Having been hailed as one of the fiercest hitters of the ball, Sanjay showed first-hand demonstration of his batting abilities this year in the TNPL. While he has always been aggressive, the way he combined aggression with consistency deserved applause.

In nine games this season, the all-rounder slammed 452 runs, at an astonishing average of 90.40 and a frightening strike-rate of 186.77. While he only picked up six wickets with the ball, it is an area that he would definitely want to improve before heading into the next IPL season.

“It (TNPL) is a feeder tournament to Tamil Nadu as well as the IPL. Ultimately, all the other associations are producing cricketers, it is a feeder tournament to IPL as well as international matches. A lot of cricketers will definitely get a chance to perform in Syed Mushtaq Ali Trophy (SMAT), you cannot ignore players who have performed,” Prasanna told Cricket.com in 2021.

Like any year, this year too the talent pool has widened. Apart from the obvious names, there were plenty of names that had sprung up on headlines. Surya was one of them, there was Sunny Sandhu, J Suresh Kumar, Karthick Manikandan, G Ajitesh, Vishal Vaidya, Uthirasamy Sasidev. Some others like R Vivek and Sonu Yadav continued to put up impressive displays.

Suresh Kumar was almost like a carbon-copy of Suryakumar Yadav, with his impressive stroke-making ability, scoring 398 runs, at an average of 49.75. His three fifties are a testament of his talent. However, if there were three names that stood out: Aijtesh, Sandhu and Manikandan.

Ajitesh was a notable finisher, with a strike-rate of 243 for the Nellai Royal Kings, with 129 runs. Sandhu was likewise for Madurai, with a strike-rate of 146, combining with his eight wickets with the ball. The right-handed all-rounder was reminiscent of Hardik Pandya, with his ability to bowl with the new ball and extract the steep bounce. Manikandan in just two games, picked up six wickets, averaging just 10, showing the value of leg-spin in white-ball cricket.

You definitely would have heard of Shahrukh Khan and Sai Kishore. Yeah, they have played the IPL, they have even got a chance to be part of the Indian squad across formats. But there is a catch, Shahrukh as known for his power-hitting and Sai was knowing for his bowling, neither were really known at the highest-level for their all-round prowess.

Shahrukh, who skippered the Lycai Kovai Kings, starred both with the bat and the ball. While with the bat, his best performance came in the in the Qualifier 2, where he scored 58 off just 24 balls against the in-form Nellai Royal Kings. In the tournament, the right-hander scored 187 runs, at a strike-rate of 164.03. With the ball, the lanky off-spinner was more than handy, with 11 wickets, averaging just 16.63.

On the other hand, Sai continued to up his game, with 11 wickets in just six games, including a best of 4/2. ASTONISHING! His average is the best in this year’s competition (with minimum of 20 overs), at 16.66. Whilst that part of the left-arm spinner was known, his batting prowess was more than on display this year. In five innings, the left-hander scored 111 runs, including a best of 48, that came in the crucial clash against Lyca Kovai Kings. He then followed up that display with a 43 in the Qualifier 1 on a tricky surface in Salem. In all, he showed his ability as a true all-rounder.