The whirlwind success of the Tamil Nadu Premier League: Behind the Scenes 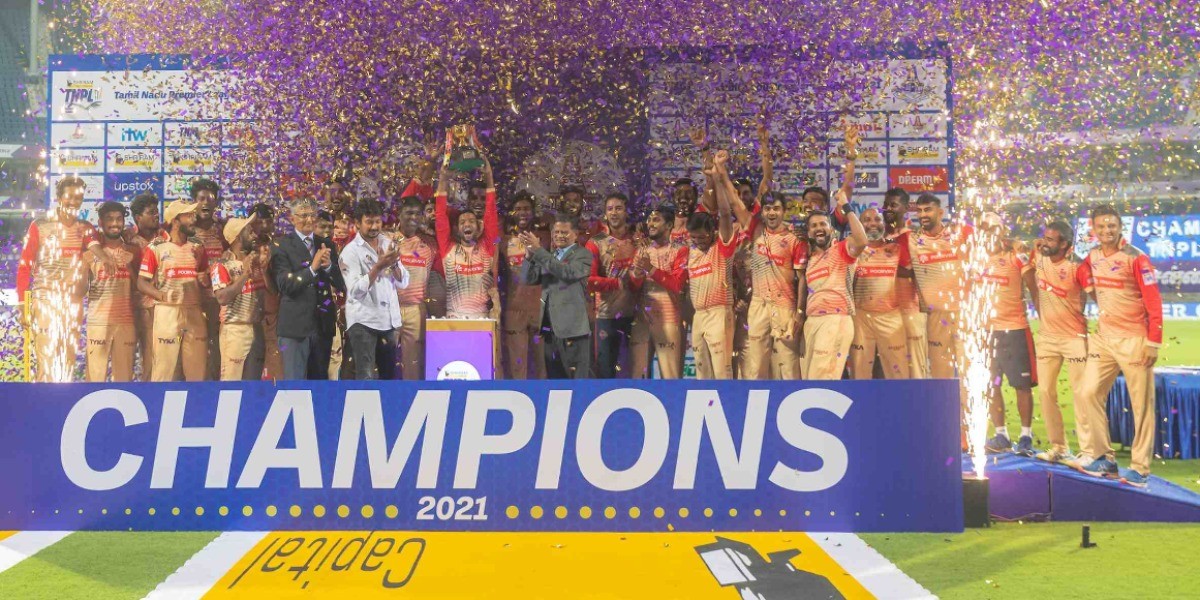 The whirlwind success of the Tamil Nadu Premier League: Behind the Scenes

In five years, four seasons, the tournament has really taken off but what really has made it a whirlwind success?

As the news of the 2021 edition of the Indian Premier League (IPL) schedule broke out, there was chaos all around the country, on whether the tournament would remain unaffected by the life-threatening COVID-19. Hosting the tournament amidst the pandemic looked like a terrible idea and a nightmare. On May 4, the nightmare came true when the cash-rich tournament had to be postponed.

In less than two months, Sri Lanka figured out that hosting a bilateral series was not the easiest of tasks during the pandemic, as the scheduled fixture was delayed twice, owing to the virus.

But amidst all the titans falling, there was Tamil Nadu Cricket Association (TNCA), who hosted the Tamil Nadu Premier League, without a botch. After planning for nearly a year, the success of TNPL illustrates the nitty-gritty of steady planning. And if they had to be successful, they had to abide by all the regulations.

Prasanna Kannan, CEO of the TNPL, shed light on the planning, with the 2021 edition’s baby steps being taken way back in June 2020, nearly a year before the actual start. It is as meticulous as it seems, with the CEO having an endless conversation with the office bearers to bring the dream into a reality.

“Discussions with Dr. Baba and with the other office bearers started in 2020. We went through several iterations. In November 2020, we were planning to schedule the tournament but it couldn’t go through. We then started the planning for the tournament to be hosted in June 2021,” Prasanna told Cricket.com exclusively. 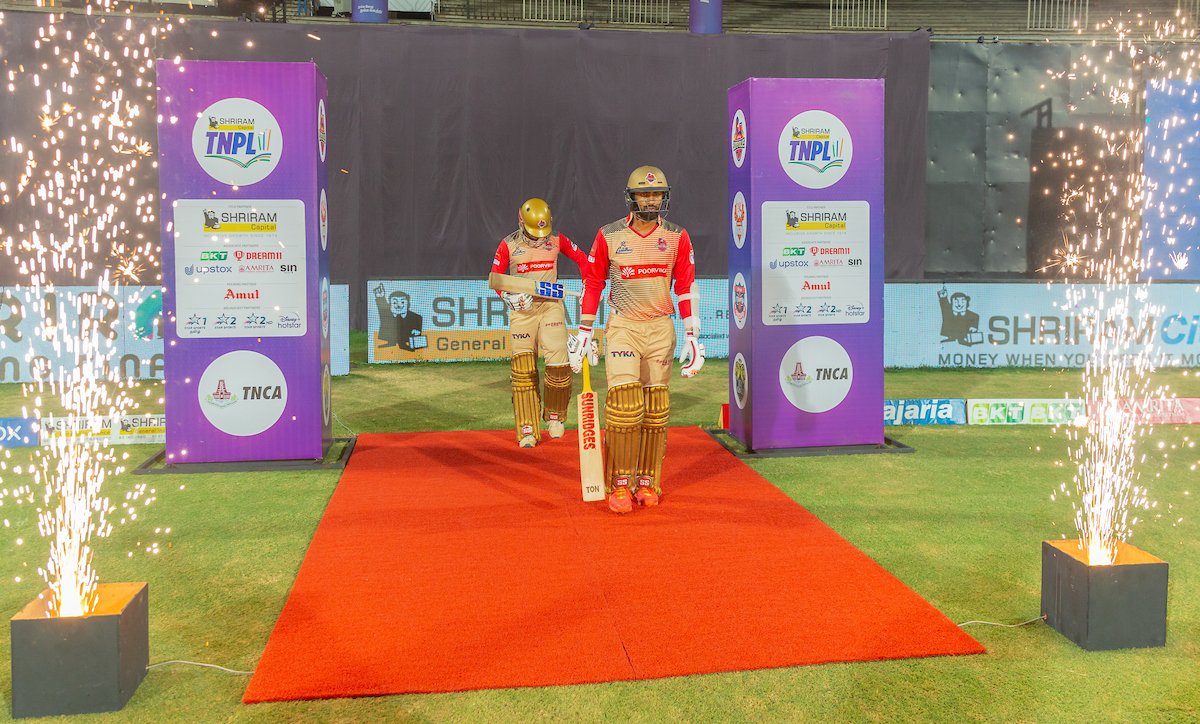 However, when things appeared to be going smoothly, the second wave of the dreaded virus came as an obstruction. It booted the plans out of the window, forcing the tournament organisers to go back to the drawing board with only one possible option – to shift all the games to one venue, Chepauk.

“Basically, there were apprehensions whether we could pull it off. The second thing was on the venues, the government didn’t like the multiple venues idea because of the red zones. They advised us to play the entire season in Chepauk, which eventually was a blessing in disguise. The wickets were extremely good and it went smoothly, that’s how we planned it,” he added.

It wasn’t the only obstacle that they had to face on their way, with the Board of Control for Cricket in India (BCCI) sending them a clear reminder about their window, with as many as 25 players from the state being involved with the various franchises.

“On 16 June, we started having the discussions for this year’s edition of the tournament. I had a word with the BCCI regarding the remainder of the IPL. Hence, our window was clear – if we cross August 15, we can’t host the tournament, we have about 13-odd players from Tamil Nadu, who are part of the IPL squads and others as net bowlers.”

Even though they had planned everything to perfection, the increasing cases in the city, posed a real challenge. In Prasanna’s own words, the league and everyone responsible behind it were clear on the safety protocols, pulling off the tournament right under the nose of the deadly virus.

“With COVID-19 protocols, we were clear on what we wanted to do. We couldn’t have a seven-day quarantine, so instead, we had a five-day quarantine, multiple tests before the teams came into the bubble. It (the testing) turned out to be great, we tested around 8,300 times, we had two positive cases but both of them never joined the bubble.”

How did the TNPL become accepted in the mainstream?

A state that has endlessly backed cricket, through corporate and red-ball cricket, the IPL had indeed turned a fresh page that brought back familiar enthusiasm in the faces amidst the few and far international fixtures. However, 2016 came as a shock, with the Chennai Super Kings being banned for two years and the TNPL was a resulting piledriver of the shock. 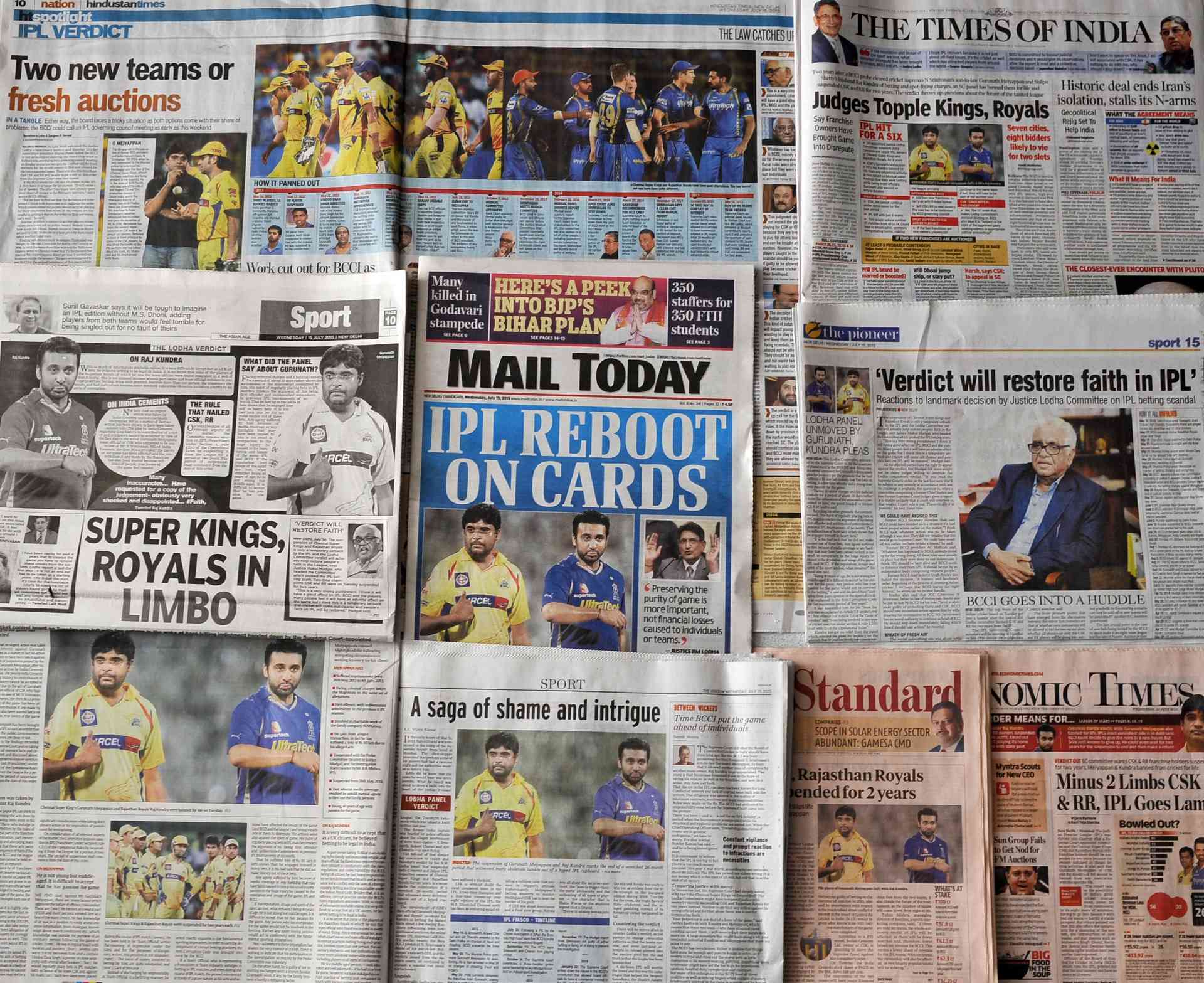 And when the league was fresh, it was evident that there were doubts and fears amongst the faithful. As Dipak Ragav, a senior journalist with The Hindu states “My first reaction was to wonder if we have the depth in the state to fill in eight teams, 88 players across the state. When it comes to T20 cricket, people are used to a certain standard, do we have the quality of depth to match the expectations.”

TNPL had all the vital ingredients for the success of the tournament – the big names, coloured clothing, T20 fixtures under lights. But where the competition had a distinct advantage over the others was in its scheduling. The cricketing calendar in India is such that it is merely impossible to host games from June-September, with constant rains across the country.

Prasanna sheds light on the decision to host the tournament when there wasn’t too much action in the country – between June and September, a decision that paid off for them.

“What makes TNPL unique in terms of success? TNPL is unique because the rest of India gets its rains between June-September. In Tamil Nadu, our monsoon is between October-December. Our USP is that during the lull period of the BCCI calendar, we are able to host the tournament,” explicitly states Prasanna.

“Traditionally, Tamil Nadu is a place where there is not much Hindi-speaking population. That’s why the big broadcasters have started their channels in Tamil. That is what makes TNPL valuable for broadcasters. In terms of infrastructure and administration, we are well placed as a cricketing association, which makes it easier for us to host such tournaments.”

In the span of four seasons, 128 matches and several thrillers, Tamil Nadu Premier League (TNPL) stood out as a T20 league. 23% increase in TV ratings in the state, 27% increase in the reach in the country, 48 million cumulative figures all over the world – what provides the cutting edge?

“It starts with the way how Star Sports market the tournament, without a big-name broadcaster like them, it wouldn’t have taken off in such a way. In the initial years, TNPL made a conscious decision to bring in big names to be part of the tournament,” Dipak points it out.

But it wasn’t just the buzz.

So, what is the objective?

While the IPL certainly brought about a new life to the state, Tamil Nadu decided to step away from the larger branch to making a distinctive one for its own. The root cause of the tournament could be boiled down to three conceptual words: talent growth, infrastructure and fresh crowd. And that it is where Prasanna points out how they envisioned the tournament.

“So, the objectives of the tournament were to create the next set of people to go on and play for Tamil Nadu. When we started in 2016, we found that around 20 odd cricketers played all formats. T20 is such a format that we can experiment, as you know Tamil Nadu has got a multi-day division league, which was catering to the longer formats,” Prasanna stated.

TNPL’s success in the past three years can be attributed to few names – T Natarajan, Varun Chakravarthy, Washington Sundar, Shahrukh Khan and Murugan Ashwin – all of whom have turned the audience around to hover over their cricketing abilities in the IPL with some of them even achieving international stardom. 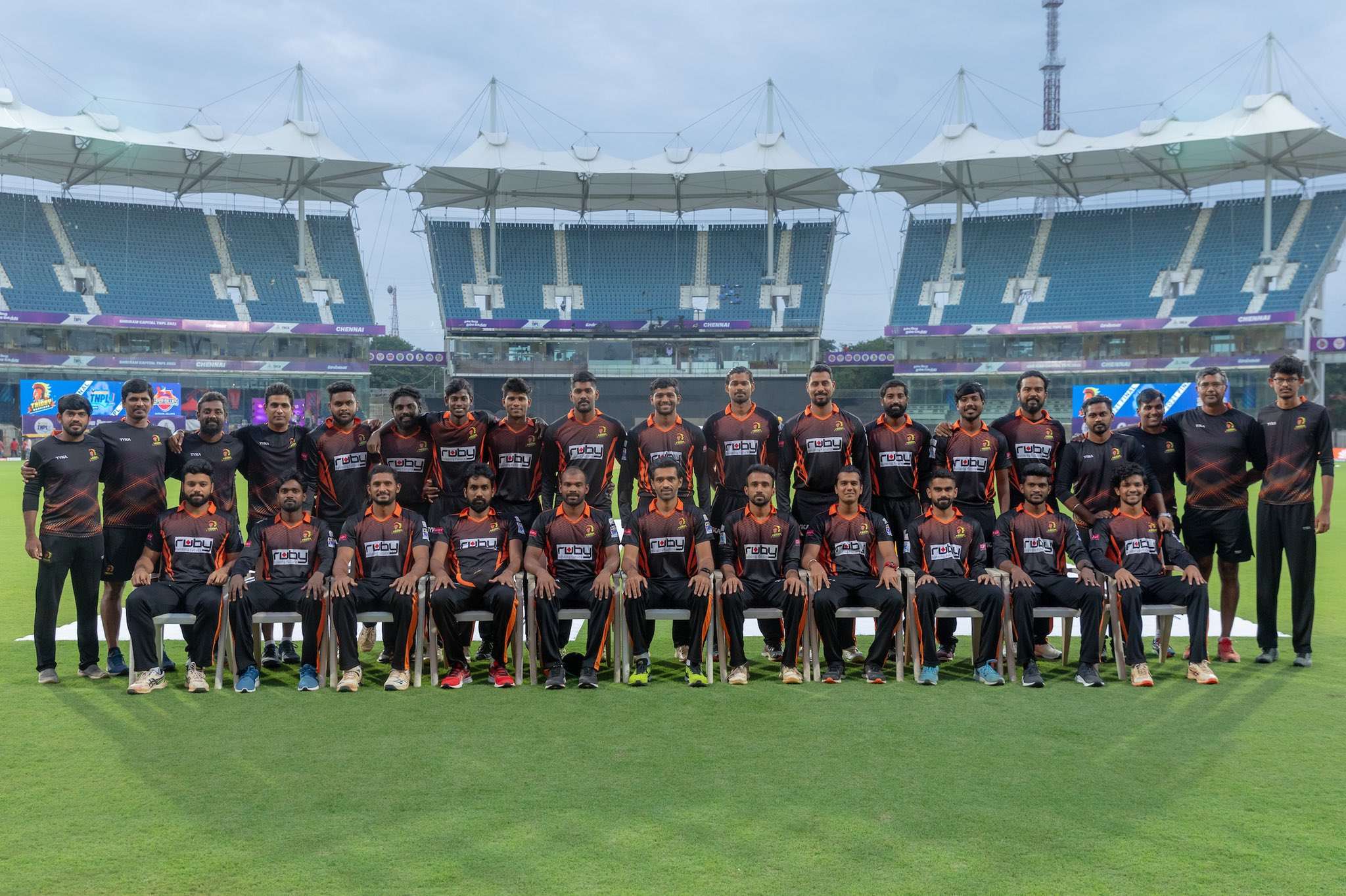 The pipeline that will never exhaust

But the major goal for the tournament is to fine-tune the competition in such a way that the pipeline never gets blocked. That’s where the second concept comes into play – infrastructure – something that can shape lives.

“The second objective was to create infrastructure in the districts, pre-2016, we had two centers which can technically host TNPL with turf wickets, turf grounds outside Chennai. Chennai always had about eight-nine grounds. Outside Chennai, we just had only two grounds, now Salem and Coimbatore have been added, infrastructure-wise, TNCA have been spending the money where they want to,” he added.

Tamil Nadu and in particular, Chennai as a cricketing city has always had its fair share of fans, who are attributed to being extremely knowledgeable. Saeed Anwar’s 194, the loss against Pakistan, which was followed by a victory lap led by Wasim Akram, cheered by the crowd – Chepauk had seen it all.

But with TNPL, however, there was a clear case of taking the game to the indwelled parts of the state – the Tirunalvelis, the Salems, the Dindiguls, the Madurais and other parts.

“We wanted to bring the young audience in, that is one of the reasons why we took the game (TNPL) to Tirunelveli and Dindugal in the past, now Coimbatore and Salem have been added. We want to take TNPL to more venues, in 2022 maybe, we might take the tournament to one or two more centers.”

The feeder opportunities are endless

While the TNPL has ticked off viewership, economics and the crowd-pulling factors, it still had a bigger objective to fulfil, to be the feeder tournament for the state and the IPL, with scouts keeping a keen eye.

Tamil Nadu is one of the rare states in the country, alongside the giants like Mumbai to have a cricketing system that could go to distinctive levels – from schools to clubs to division cricket and the highest level: state cricket. Prasanna insisted that the TNPL only played a small path towards the cricketers emerging from the other districts while crediting the major part of the success to the state’s cricketing association.

“There has been a lot of non-Chennai centers to get the cricketers from long time back, TNPL only plays a path towards it. But the grass-root development remains with the TNCA, they have done a lot of camps, a lot of cricketers have come from the district level in the past. About 65% of the cricketers, who are part of the Tamil Nadu squad for the Syed Mushtaq Ali Trophy are from outside Chennai,” Prasanna insisted. 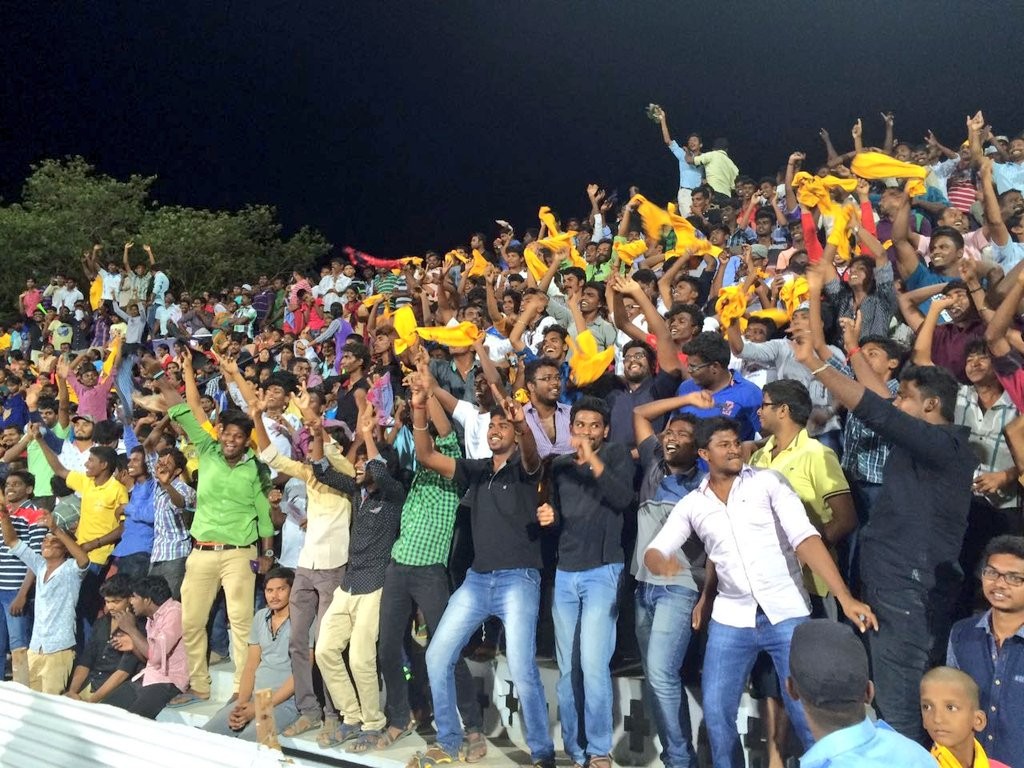 As Bagawati Prasad, one of the well-renowned names in the journalism industry and now a sports consultant puts it down, one of the biggest reasons for the tournament’s success can be attributed to relatability and the festivity.

“People of Tamil Nadu love cricket overall, when you go to Dindigul or Tirunelveli, you see the tournament more as a festival than games. TNPL is a festival when it comes to Tamil Nadu, in that one month, you have people from nook and corner of the state talking about the sport, playing in front of television sets,” Prasad points.

“When a player from the district knows that he has the backing of his friends, his family and his own district, then it brings out the best in the player. There is a lot of emotional attachment, a lot of cricketers know that this league will bring the best out of them. The young cricketers will be aware that the franchises will pick the cricketers from all parts of the state,” Prasad added.

As the saying goes “Rome was not built in a day,” and neither was TNPL envisioned and built in a day. However, it had that one moment that transformed the entire competition into a mega-sphere and as Ragav points it, it was one delivery – Natarajan’s yorker.

“The first two years, I knew that we had great batsmen, terrific spinners. What Natarajan did in the first season of the tournament in the Super Over, with his yorkers, definitely helped the tournament. To see a young fast bowler coming out of Tamil Nadu, bowling yorkers in a high-pressure situation, that was really a turning point for me,” Ragav recalls.

And with that, the TNPL had truly taken off only to never look back.