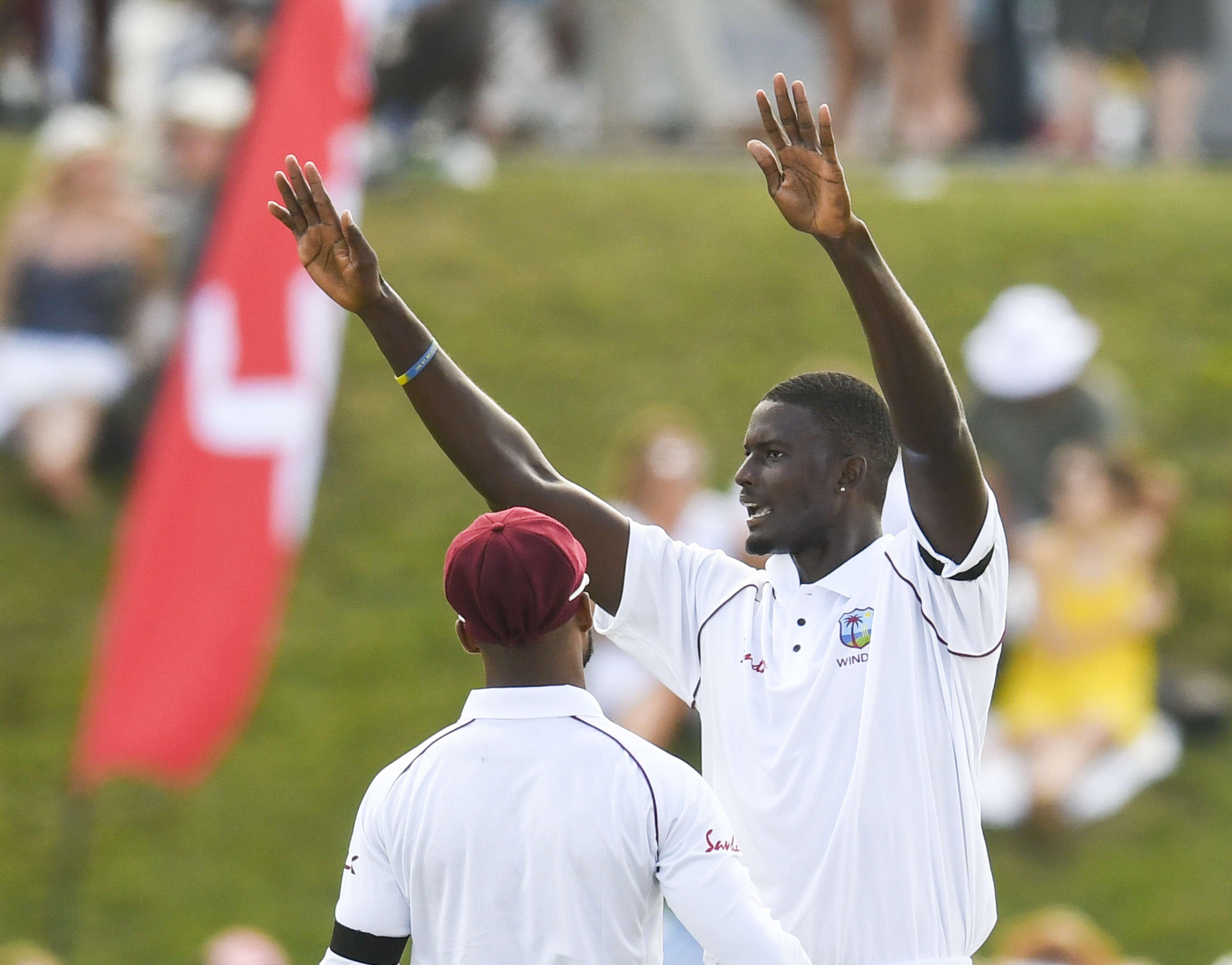 The whole of the world came to a halt after the COVID-19 pandemic outbreak. What seems to be a year to forget, is finally nearing its end. Though there was a paucity of events or matches across the globe, there wasn’t lack of great performances by the bowlers. Heading into the New Year, which presently is packed with events, let’s look back at some sensational bowling performances of the year:

In early 2020 Sri Lanka were on a two Test tour to Zimbabwe. Their last visit to Zimbabwe in Tests was in 2016, where they had clean-swept the series (2-0). After a win for Sri Lanka in the first Test, the series was heading for another clean sweep. However, Sikandar Raza’s monumental effort made sure Zimbabwe prevented it.

Electing to bat first, riding on the back of a century from skipper, Sean Williams, Zimbabwe posted 406. Raza had already contributed with a valuable knock off 72, but the hunger was still there. Opening the bowling, Raza bagged 7 wickets in the first innings to fetch Zimbabwe a lead of 203. The bowling return of 7 for113 by Raza was the second best by a Zimbabwean in a Test innings. 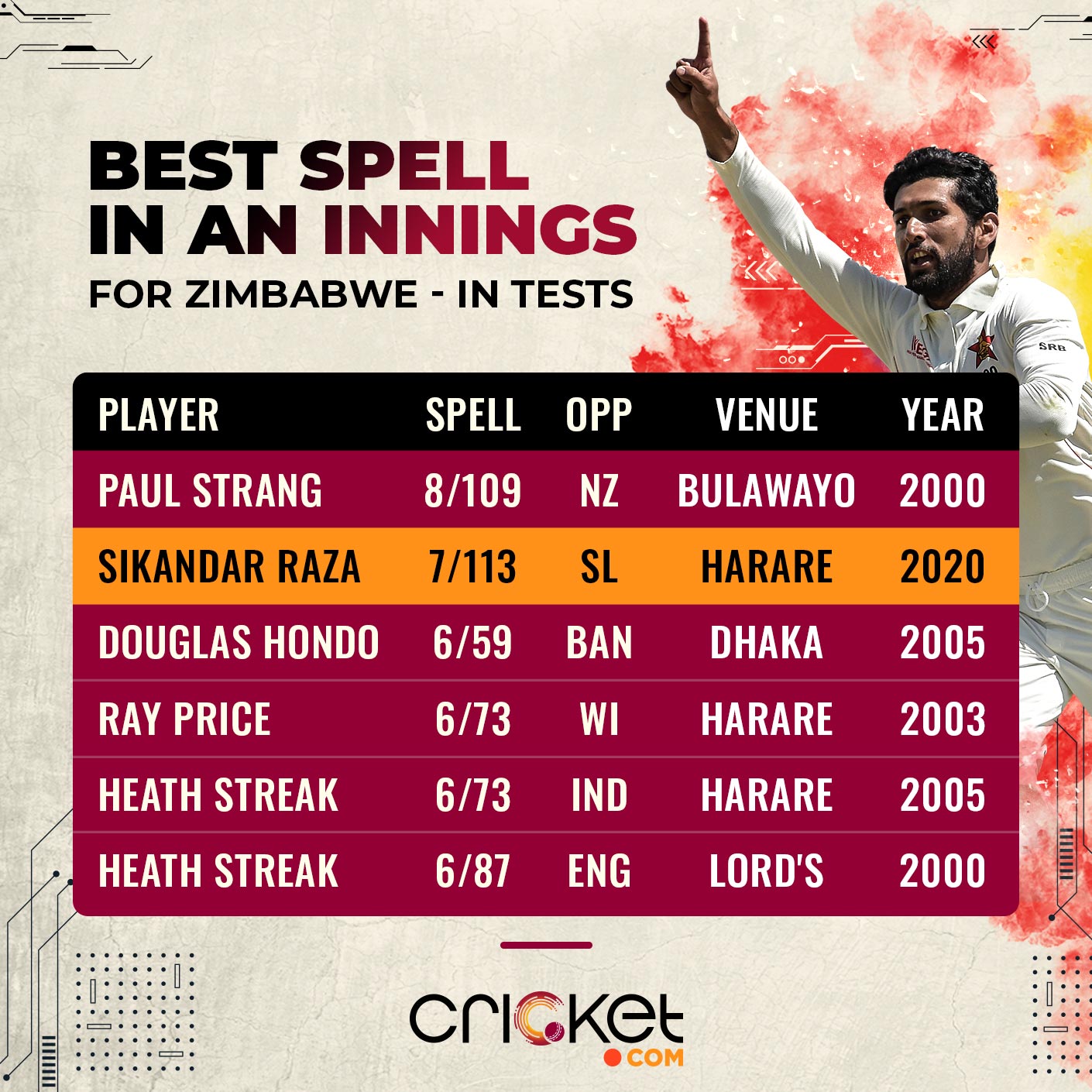 The young Nepalese legspinner, Sandeep Lamichhane has been a revelation of late. Considered as one of the predominant choices in franchise cricket, Lamichhane is among the youngsters to watch out alongside Mujeeb Ur Rahman and Rashid Khan.

However, this time, one of his best ever performance came when he was playing for his country. In the World Cup league-2 stage match, against the United States of America. Put into bat by the Nepal skipper, USA were skittled out for the joint-lowest score of 35. Sandeep bagged 6 for 16 runs and USA’s innings was over in 12 overs (72 balls). This is the shortest innings in an ODI in terms of balls. Sandeep’s spell is the seventh best by a spinner in ODIs.

In one of the most Iconic matches of Stuart Broad’s career, he delivered a sensational spell of Test bowling. Broad before bagging his 500th wicket, his 6/31 had jolted West Indies in the first innings. It was the first international series/tour after the pandemic outbreak. West Indies had made a sensational start to the series with a win in the first Test at Southampton. In any case, England bounced back with a win in Manchester.

After posting 369 runs in the first innings of the third Test at Old Trafford, England’s best hunting pair, James Anderson and Broad were early to strike. But, it was Broad who kept on adding wickets to his tally. In the end, West Indies were bundled out under 200, courtesy of a six-wicket haul by Broad. England went on to score big in the second innings on the back of a big lead and registered a win to seal the series.

In a new environment of cricket, West Indies were the first team to tour post the COVID outbreak. They couldn’t have expected a better start as they won the first Test against England at Southampton. Though it was the second innings heroics from Jermaine Blackwood that fetched the win, the skipper’s six wicket haul in the first innings isn’t to be forgotten.

On a pitch that assists the quicks, bowlers like Jason Holder are one of the deadliest. After Shannon Gabriel wrapped up the top three, Holder wreaked havoc through the rest of the England line-up. Holder’s spell of 6 for 42 is the third-best overall and best for a West Indian captain against England in England. 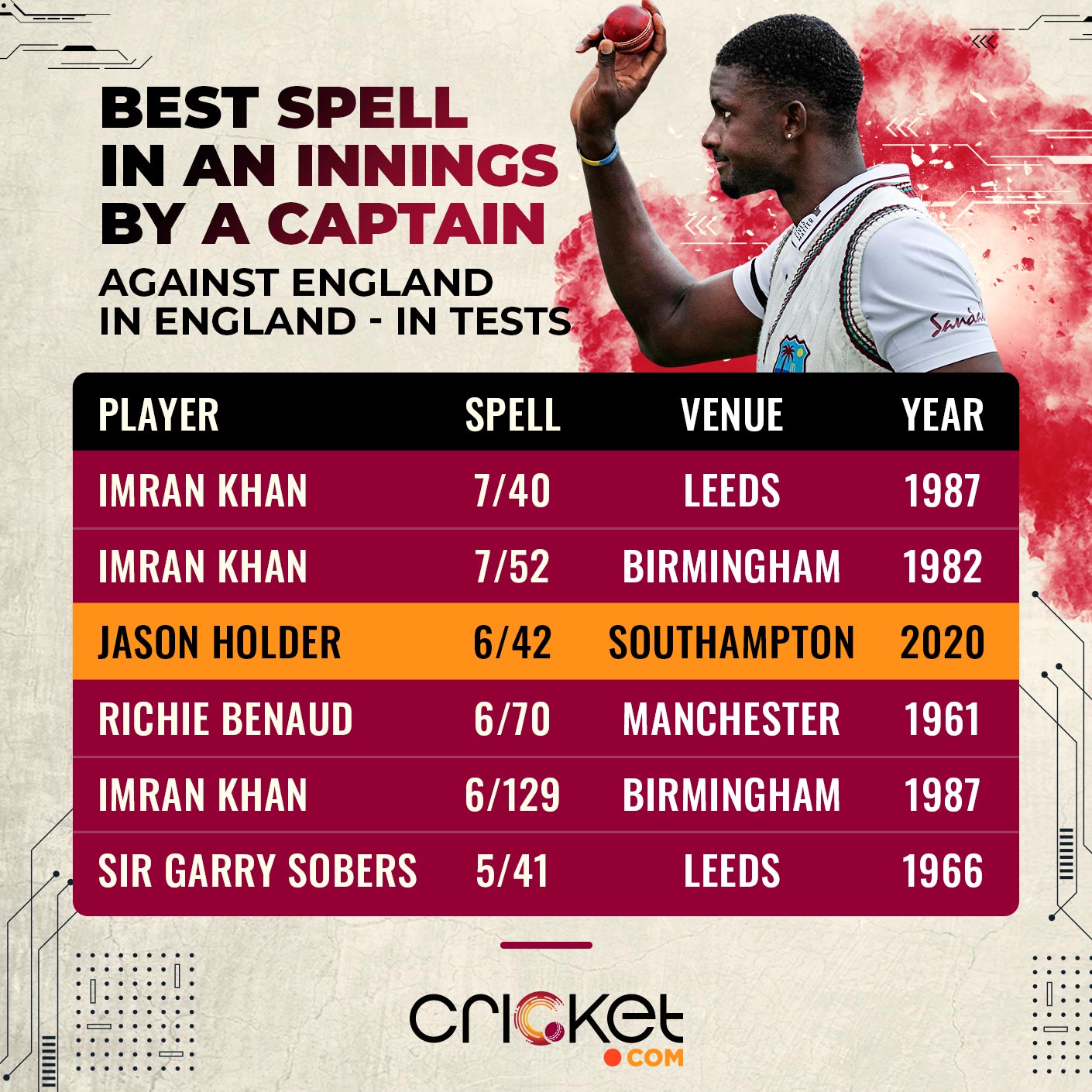 The tour started with the T20Is and South Africa faced a demoralizing defeat in two out of the three matches, hence handing the series. However, the Proteas made a comeback in the ODIs with a win in the first match. Lungisani Ngidi played a vital role in the win with a three wicket haul. The tall pacer didn’t stop there as he went on to deliver an even better spell in the next game.

Australia had made a great start by posting a 50-run opening partnership. But, it was Ngidi who turned the tables for South Africa with three wickets in quick succession. Later, he went on to clean up the tail and ended with figures of 6/58. He became the eighth bowler to bag a six wicket haul for South Africa in ODIs.

Though there were some precious performances throughout the year, but Josh Hazlewood’s spell has to be one of the most memorable ones. In one of the most awaited series of the year, Adelaide hosted the first Test. India batting first, posted a paltry score of 244 in the first innings. In any case, a strong bowling performance helped India gain a lead of 53.

No-one expected what was to come next as the Australian pacers romped over the Indian batting line-up. Hazlewood led the attack with a five wicket haul and conceded just 8 runs. None of the Indian batsmen could reach double digits, hence bowled out for their lowest Test score – 36. The eight runs conceded by Hazlewood was the third-lowest by an Australian bowler for a five-wicket haul in Tests.

In the recent past, Lockie Ferguson has been a revelation for New Zealand. His ability to strike early is one of his biggest strengths, a bowling strike rate of 11.4 is evidence of it. In the first T20I against West Indies in Auckland, West Indies were off to flyer. With the introduction of Lockie in the fourth over, New Zealand got the much needed breakthrough and they were five down for the next one run.

Lockie ended up with a five-fer in that match and became the second Kiwi bowler to bag five wickets in T20Is. The fiery spell of 5 for 21 is the second-best by a New Zealand bowler in T20Is. 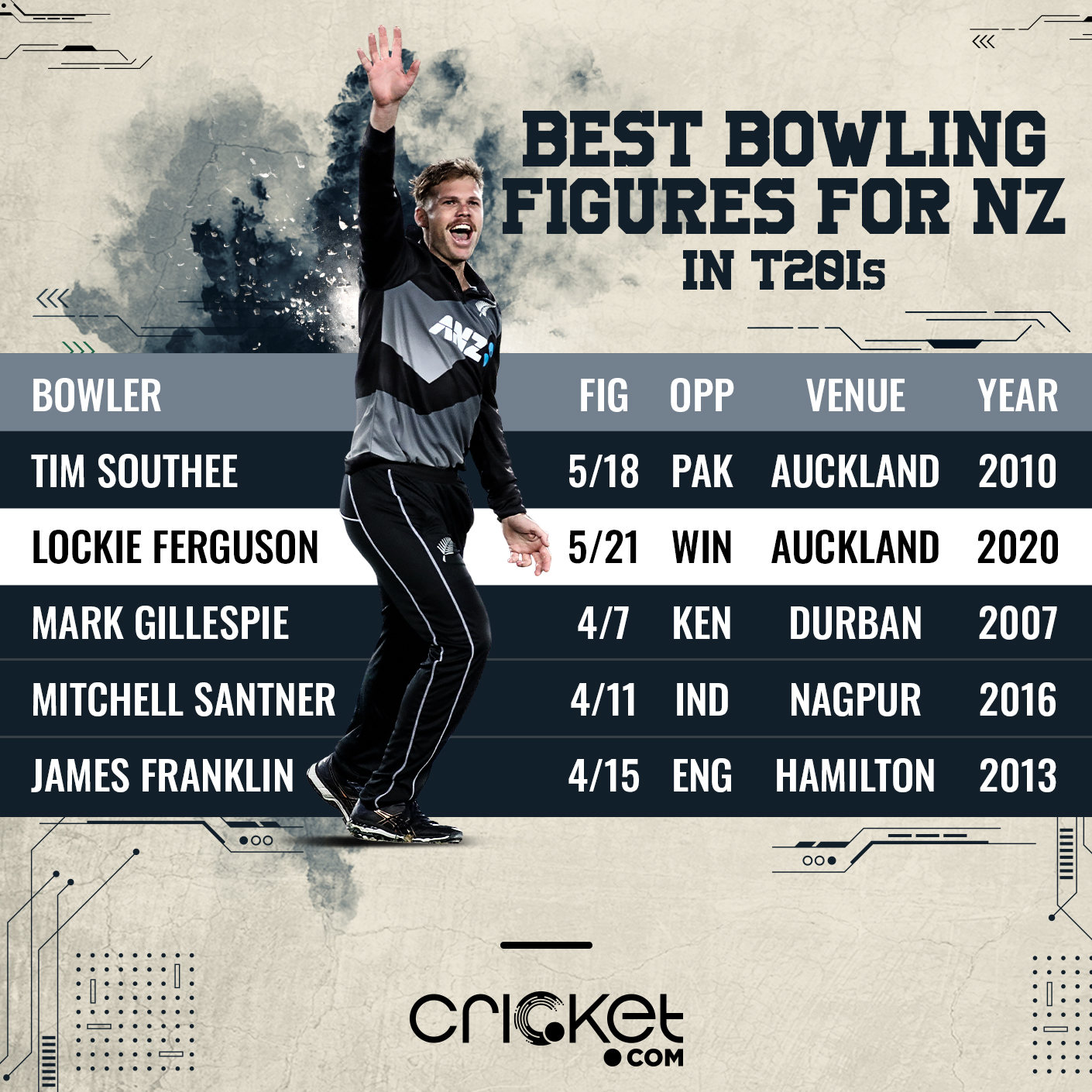 A hat-trick, then followed it up with a five-fer that turned out to be the best bowling spell amongst his countrymen. Accomplishing it in one single T20I match is certainly a dream and Ashton Agar achieved the impossible.

By virtue of dismissing Faf du Plessis, Andile Phehlukwayo and Dale Steyn in three successive legal deliveries of the eighth over, Agar became the second Australian to bag a hat-trick in T20Is. Then, after cleaning up the tail, Agar ended his spell with 5 for 21 which is the best spell by an Australian in T20Is. James Faulkner is the only other bowler to bag five wickets for Australia in this format. 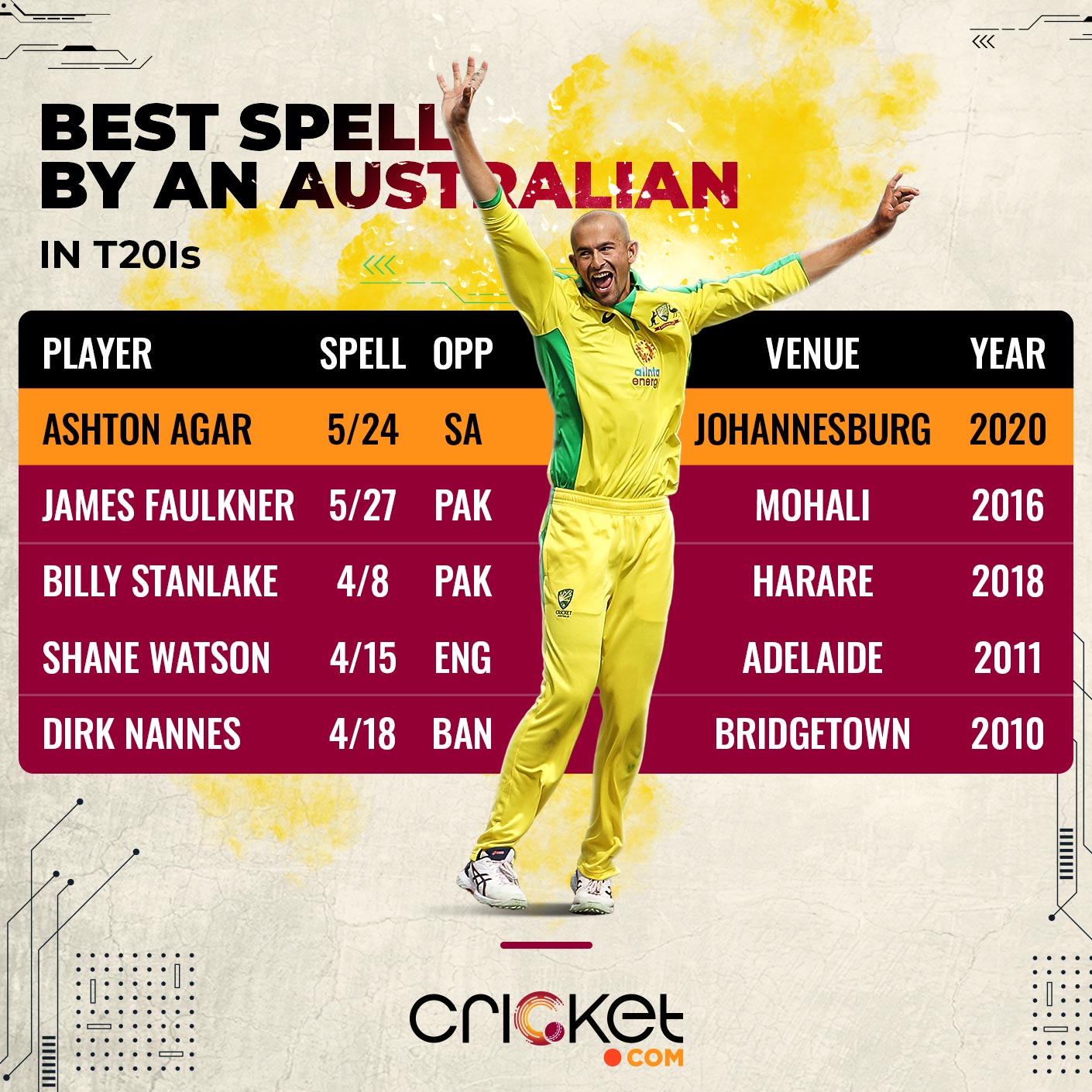 In a game that involved two centurions, two five wicket hauls and a Super Over, Blessing Muzarabani was the shining star for Zimbabwe. Zimbabwe had lost the series following defeats in the first two matches. On the back of a century from Sean Williams, Zimbabwe had runs on the board. 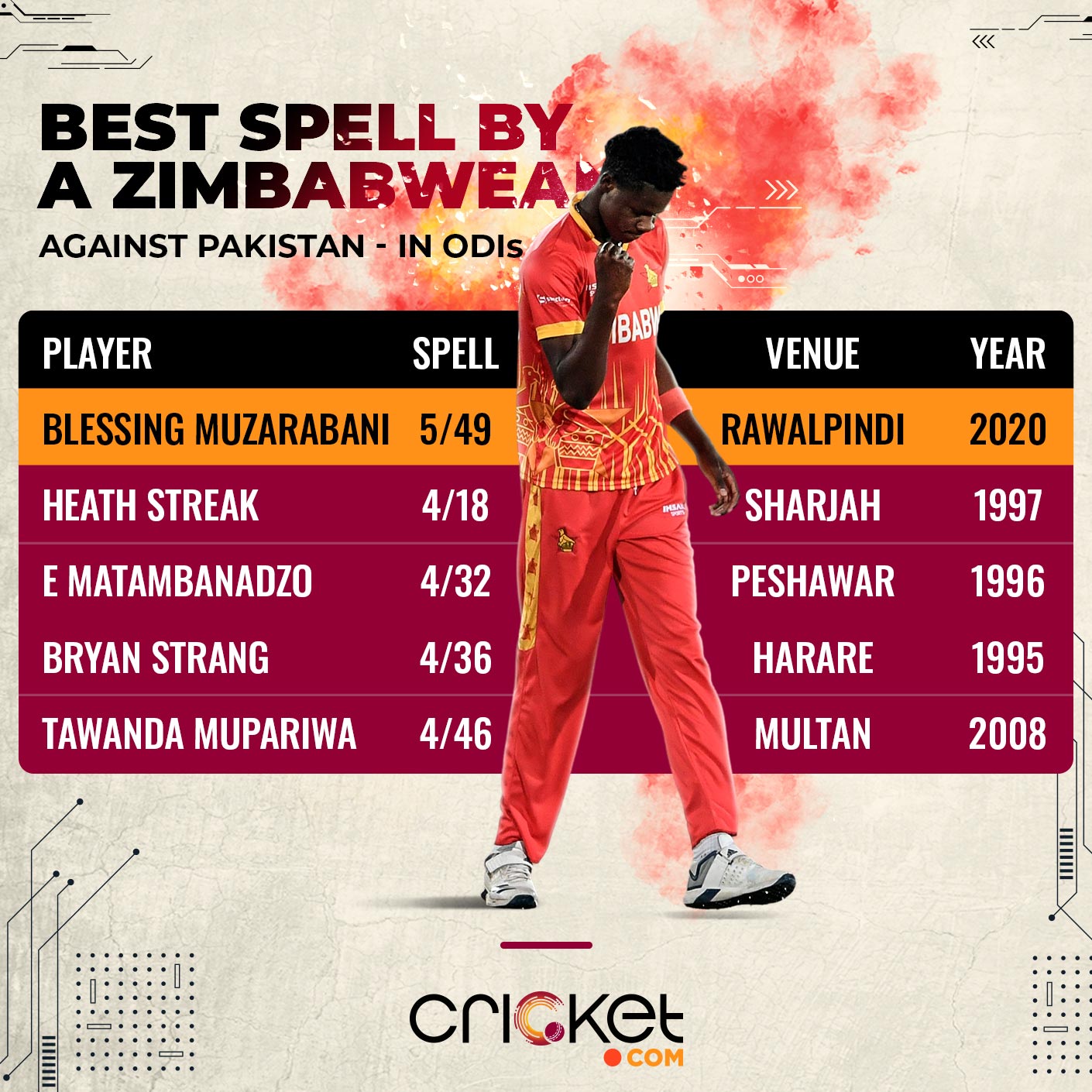 There might not be truckload of wickets in his spell against New Zealand. But, without an element of doubt his economical spell was one of the reasons India registered a clean sweep in the T20I series. Chasing an average total of 164, New Zealand were cruising till the 13th over. A required rate of 6.9 with six wickets in hand is fairly an easy task for the teams chasing.

Jasprit Bumrah in the 14th over, gave just three runs and bagged the wicket of Daryl Mitchell. Again, in the 19th over, he bagged a wicket and gave less than five runs. By the end of the match, Bumrah conceded only 12 runs in his full quota of four overs. He had bowled 16 dots out of the 24 balls. 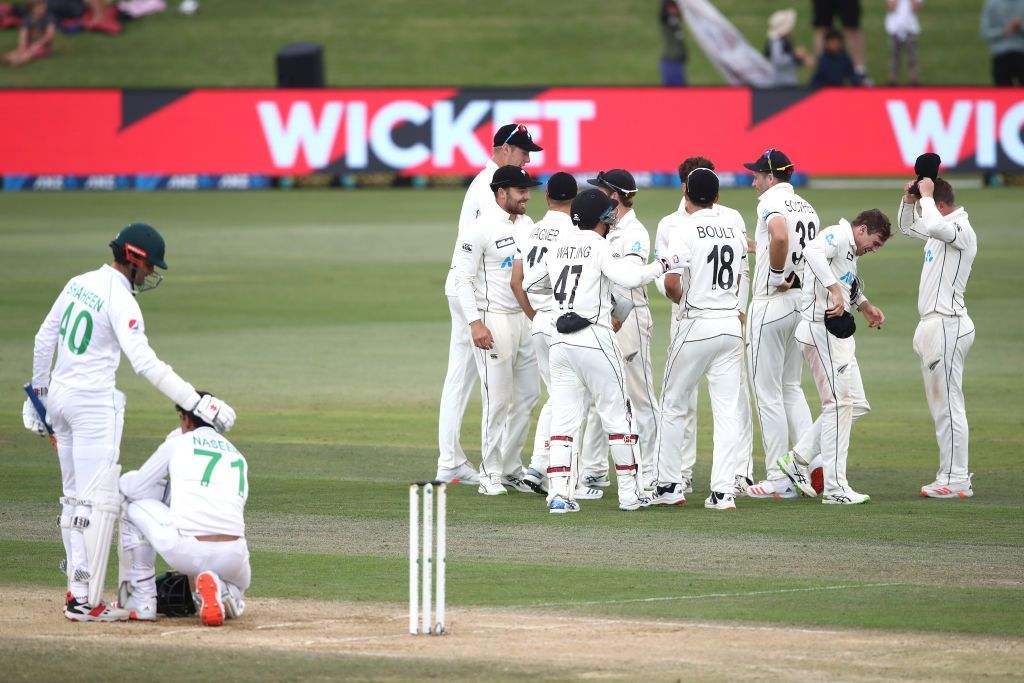