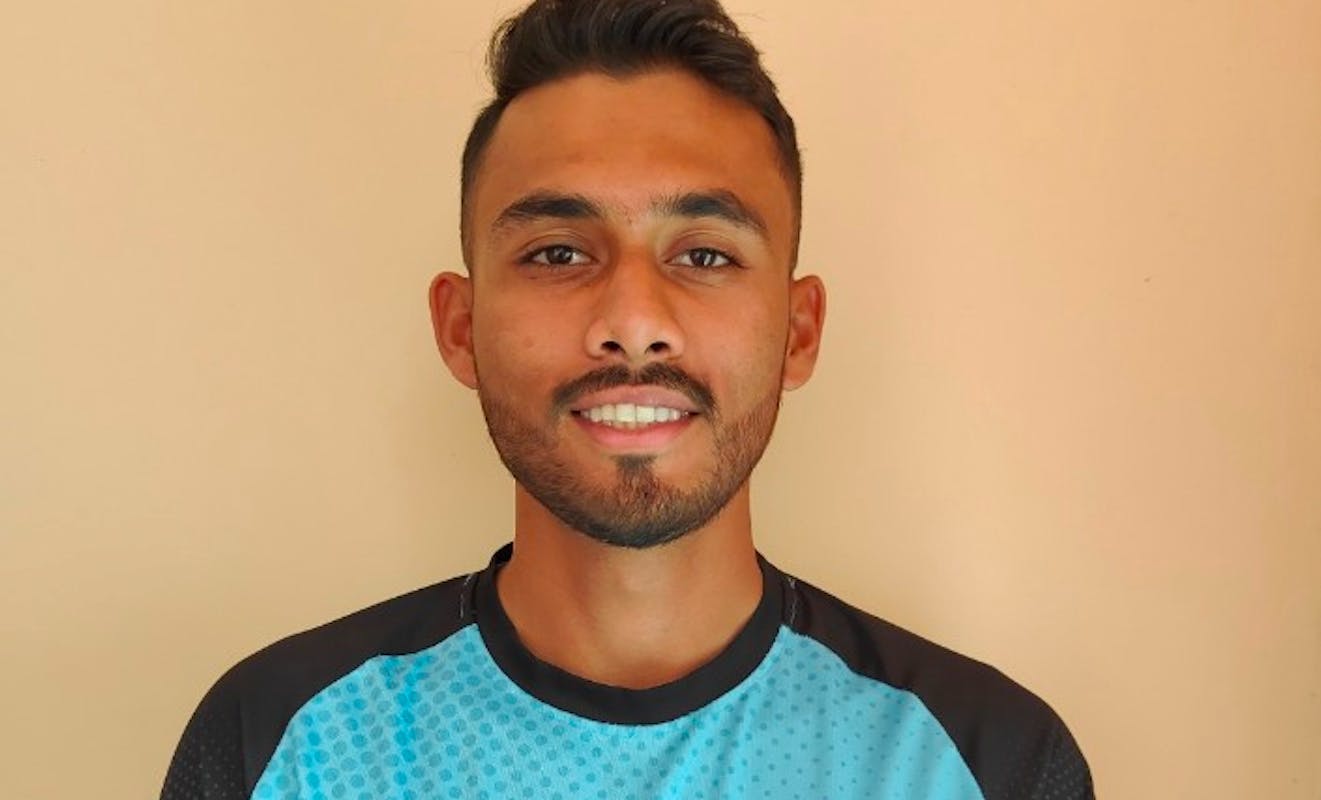 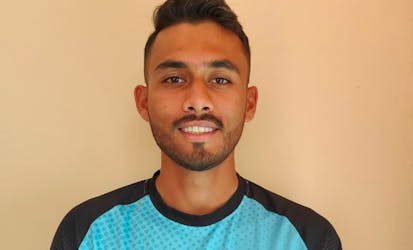 Karnataka were a whisker away from lifting the Syed Mushtaq Ali Trophy (SMAT) 2021-22 last November when they cornered Tamil Nadu in the final at Delhi. With four needed off the last ball, Shahrukh Khan smashed Prateek Jain for a six to douse Karnataka’s hopes of a third title in four years.

This season under Mayank Agarwal’s captaincy, they are on a mission to make up for the heartbreak. They began with a 99-run win over Maharashtra and then suffered a shock 53-run loss to Kerala. It proved to be a blip in their campaign as they steamrolled Meghalaya, Jammu and Kashmir, Arunachal Pradesh and Services to book a place in the quarterfinals.

The two-time champions have plenty of experience in their spin and batting departments with the likes of Krishnappa Gowtham, Shreyas Gopal, Jagadeesha Suchith, Mayank and Manish Pandey. However, their young pace trident of Vasuki Koushik, Vijaykumar Vyshak and Vidhwath Kaverappa have been the most impressive so far, claiming 21 of the team’s 34 wickets from six matches.

Kaverappa, who made his Karnataka senior-team debut in the Ranji Trophy 2022, has been topping the bowling charts in his SMAT debut. The right-arm pacer has picked up 13 wickets from six games at a superb economy of 5.6, including a fifer against Jammu and Kashmir.

His figures of 5-11 in that game are the best by a Karnataka bowler in the national T20s. It is an impressive feat, but Kaverappa isn’t paying much attention to it.

“Yeah, I came to know about the record. But I am just trying to do the right things and follow the process,” the 23-year-old told Cricket.com following Karnataka’s eight-wicket win over Services on Thursday.

Born and brought up in Coorg, where cricket is not the biggest sport, Kaverappa played basketball and football at school and had represented Karnataka in handball Nationals. Cricket was a sport reserved for the summer holidays.

“I didn’t play cricket at school. My dad used to take me to summer camps where I picked up the sport,” he said.

By the age of 10, Kaverappa had taken a serious interest in playing cricket, where he started out as an allrounder.

“I moved to Bengaluru for my PUC (Pre-University Course - 11th and 12th standard) and came to know about the selection trials in the state through my seniors at Presidency College. I always loved batting, but as I played more and more, bowling became my primary role,” he said.

He soon moved to club cricket in Bengaluru and started training under Samuel Jayaraj Muthu, who had coached India opener KL Rahul.

“Whatever I am right now is because of Samuel sir. He had coached me since I was 18 and had a major role in my development,” Kaverappa said. 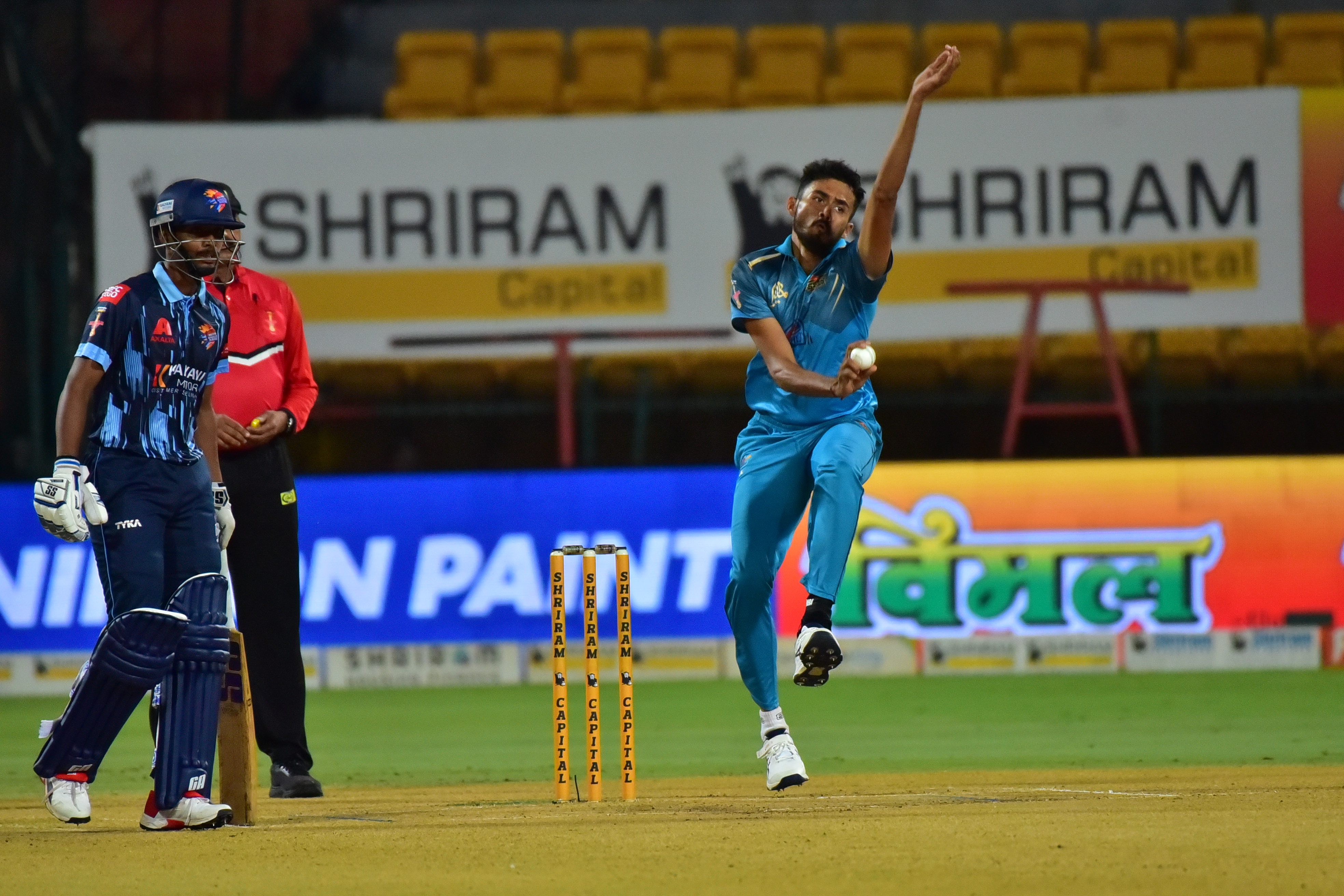 After appearing for South End Sports Club and BEL Sports Club, Kaverappa made the transition to Karnataka’s Under-19 team and then got a call to join the Ranji side in May this year. He picked up 1-59 against Puducherry in the group stage and then managed 3-65 in the quarterfinal against Uttar Pradesh which Karnataka lost.

The Ranji debut was also followed by a fruitful Maharaja Trophy T20, Karnataka’s franchise league, where he finished joint-highest wickettaker of the tournament with 17 scalps from 13 matches for champions Gulbarga Mystics.

Coming into the Syed Mushtaq Ali Trophy, Kaverappa believes that the Karnataka team is fully prepared to go for the title and credited head coach PV Shashikanth and captain Mayank for creating a calm environment in the dressing room.

“When we lost to Kerala, it was a shock defeat for us. We knew that we weren’t up to the mark. But the captain and the coach told us it is okay, and we need to forget it as soon as we stepped out of the dressing room. That’s why were able to do well in the next four matches,” Kaverappa said.

The presence of seniors in the bowling line-up is a big deal for Kaverappa and fellow pacers Koushik and Vyshak, who are just two seasons old in the domestic circuit.

“It is great to play with them (seniors) as we learn a lot. When we do a mistake, they’ll let us know about it and clarify why and how it happened. They back us completely in tough situations and give us the encouragement to do our job,” Kaverappa said.

With good performances and numbers to back it up, playing in the Indian Premier League (IPL) is the next big step for Kaverappa. The youngster, however, is not thinking of things far ahead.

“Obviously, it has been my dream to play in the IPL, but I’m focused on the present. I am just taking it one game at a time and trying to win the tournament we are playing,” he said.

Karanataka are top of Elite Group C with 20 points and have one more game left in the group stage against Haryana on Saturday (October 22).