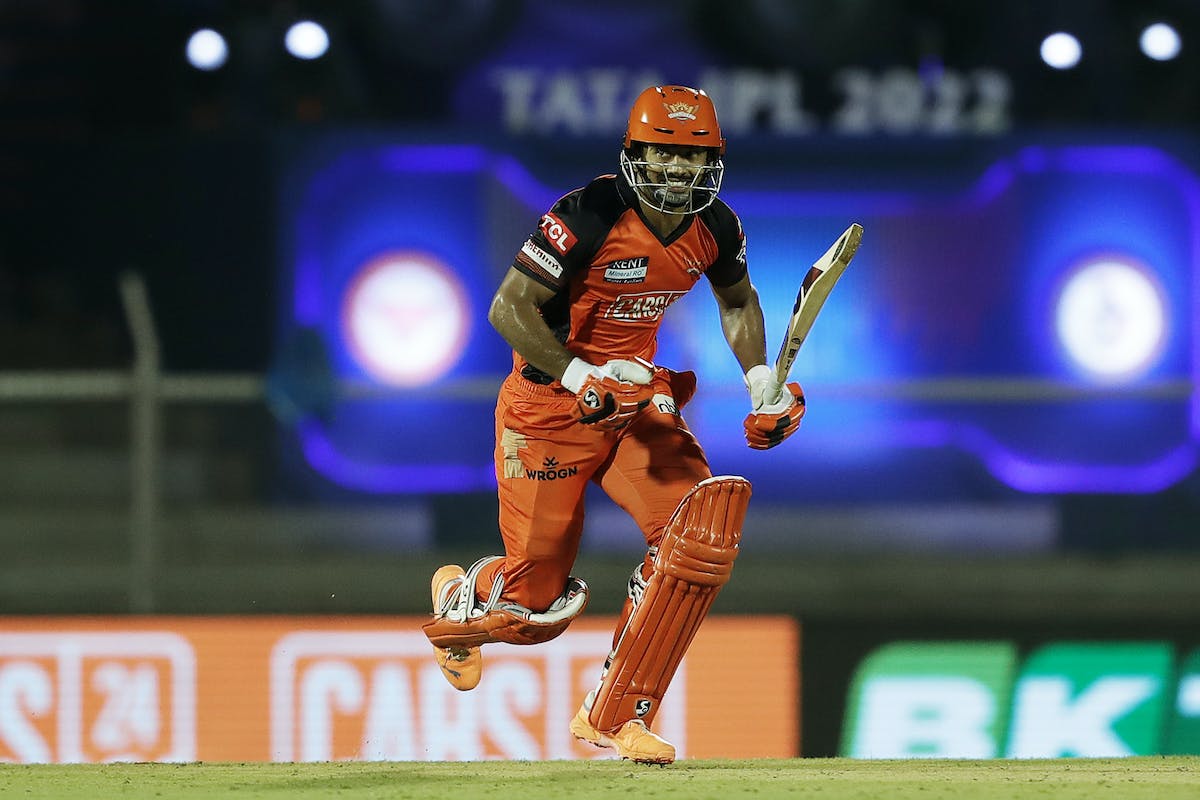 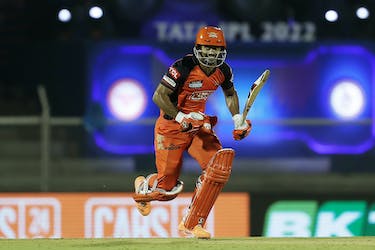 Tamil Nadu opener N Jagadeesan continued his superb run in Vijay Hazare Trophy 2022 by hammering a fourth hundred on the trot, which helped his team record a massive 151-run win over Haryana in a Group C match on Saturday.

The hundred for Jagadeesan makes him the fourth batter after Kumar Sangakkara, Alviro Petersen and Devdutt Padikkal to record centuries in four consecutive List A innings. His previous centuries came against Andhra, Chhattisgarh and Goa.

In reply, Haryana never recovered from their poor start of 2/2 and kept losing wickets at regular intervals to be bowled out 133 in 28.3 overs. Baba Aparajith was pick of the TN bowlers with 3/24.

In another match in the group, Andhra registered a 76-run win over Kerala. It was Kerala's first defeat while TN continued their winning run.

After losing two matches on the trot, Delhi managed to stay alive in the race for knock-outs with a 10-wicket win over Sikkim in the Group B encounter at Kolkata. Off-spin duo Nitish Rana (3-12) and Lalit Yadav (3-12) helped Delhi bundle out Sikkim for 76 runs in 34.4 overs.

Delhi openers Kunwar Bidhuri and Dhruv Shorey knocked out the paltry target in 9.2 overs. Delhi's chances improved further after Karnataka were stunned by Assam in the other Group B match in Kolkata.

Batting first, Karnataka posted 296/4 in 50 overs thanks to an unbeaten 58 by Manish Pandey, 64 by captain Mayank Agarwal and a 100 by in-form batter Nikin Jose. However, an unbeaten 112 off 102 balls from Swarupam Purkayastha helped Assam reach the target in 48.2 overs.

Batting first against Services, Tripathi shared a 140-run stand for the third wicket with Maharashtra captain Ankit Bawane (73) as they posted a huge score of 304/8 in 50 overs. Shubham Rohilla (114 off 102 balls, 13x4, 3x6) came up with a power-packed effort for Services but it was not enough as the other batters failed to make substantial contributions.

Defending champions Himachal Pradesh were thoroughly outclassed by Saurashtra in their Group A game in Delhi after Jaydev Unadkat claimed 5-23 to lead his team to a eight-wicket victory. Unadkat alongside fellow left-arm pacer Chetan Sakariya (2-30) wreaked havoc as Himachal crumbled to 22/7 before Sumit Verma (82) and Digvijay Rangi (10) took them to 130 all out in 36.4 overs.

Cheteshwar Pujara scored an unbeaten 31 while Sheldon Jackson score 56 not out as Saurashtra chased the total in 27.2 overs.

Punjab skipper Mandeep Singh led from the front with a gritty 90 to guide his team to a 26-run win over Ranji champions Madhya Pradesh at the Wankhede Stadium. Mandeep steered Punjab to 232 with other contributions coming from opener Abhishek Sharma (33) and Anmol Malhotra (32).

Punjab lost their last five wickets for 23 runs as pacer Kuldeep Sen cleaned up the tail to end up with a five-wicket haul.

Madhya Pradesh fell way short of the 233-run target, ending with 206 all out in 47.1 overs. Siddharth Kaul struck thrice while spinners Harpeet Brar and Abhishek Sharma took two wickets each. It was the fourth win for Punjab in as many games while Madhya Pradesh suffered their second loss in four games.

In other matches in Group D, Jammu and Kashmir beat Odisha three wickets and Uttarakhand beat Nagaland by seven wickets.