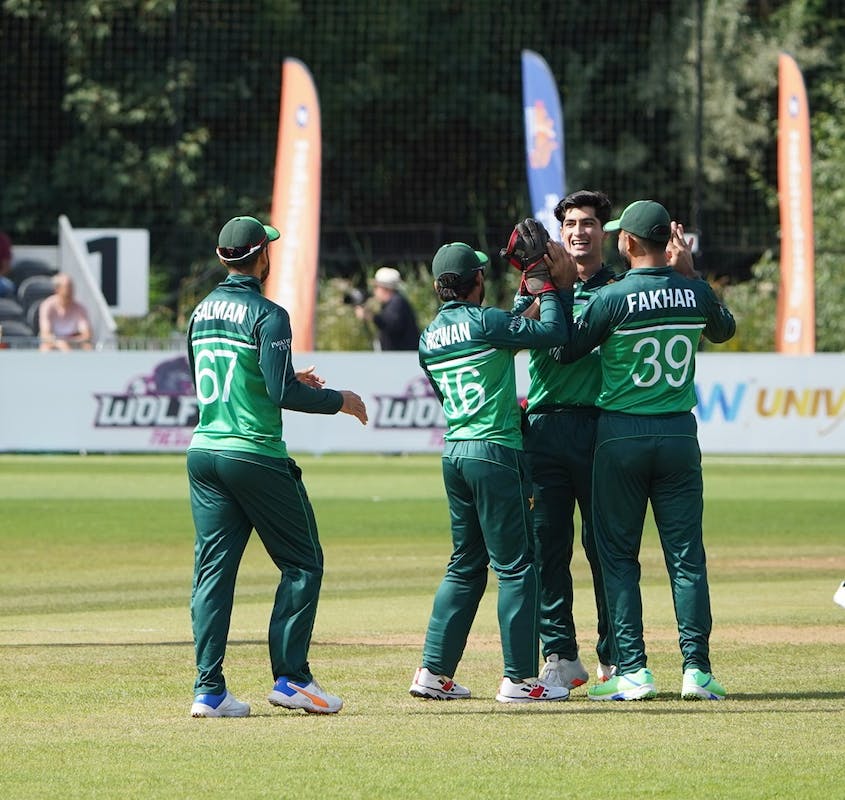 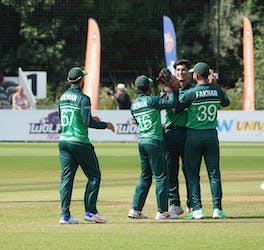 Vikramjit Singh (50) and Tom Cooper (62) scored fifties as Netherlands came close to recording their maiden ODI win over Pakistan on Sunday at Rotterdam. The hosts lost a flurry of wickets at the end as Pakistan won the third ODI by nine runs and the swept the series 3-0.

After electing to bat first, Pakistan were powered by skipper Babar Azam's 91 as other batters struggled to get going. Babar added vital 46 runs for the fourth wicket with Agha Salman (24) while Mohammad Nawaz added a crucial 27 at the end as Pakistan were all out for 206 in 49.4 overs.

Vivian Kingma (2-15) led the attack with the wicket of debutant Abdullah Shafique while Bas de Leede ran through the middle order with 3-50 in his 9 overs.

Chasing a modest total on a good surface, the Dutch were reduced to 37/3 after Naseem Shah and Mohammad Wasim struck in quick succession.

However, opener Vikramjit and Cooper added 71 for the fourth wicket to resurrect the chase. Wasim broke the partnership in the 31st over when he sent back Vikramjit.

After Naseem castled Netherlands captain Scott Edwards, Teja Nidamanuru (24) added 56 runs to the hosts closer to the target. Naseem broke the partnership once again by dismissing Nidamanuru while Wasim sent back Cooper.

Naseem got his maiden ODI fifer when he got Logan van Beek caught by Nawaz. Shiraz Ahmed and Aryan Dutt fell in quick succession as Netherlands were all out for 197 runs.