Warned the batters, informed the umpires: Deepti on Dean's dismissal 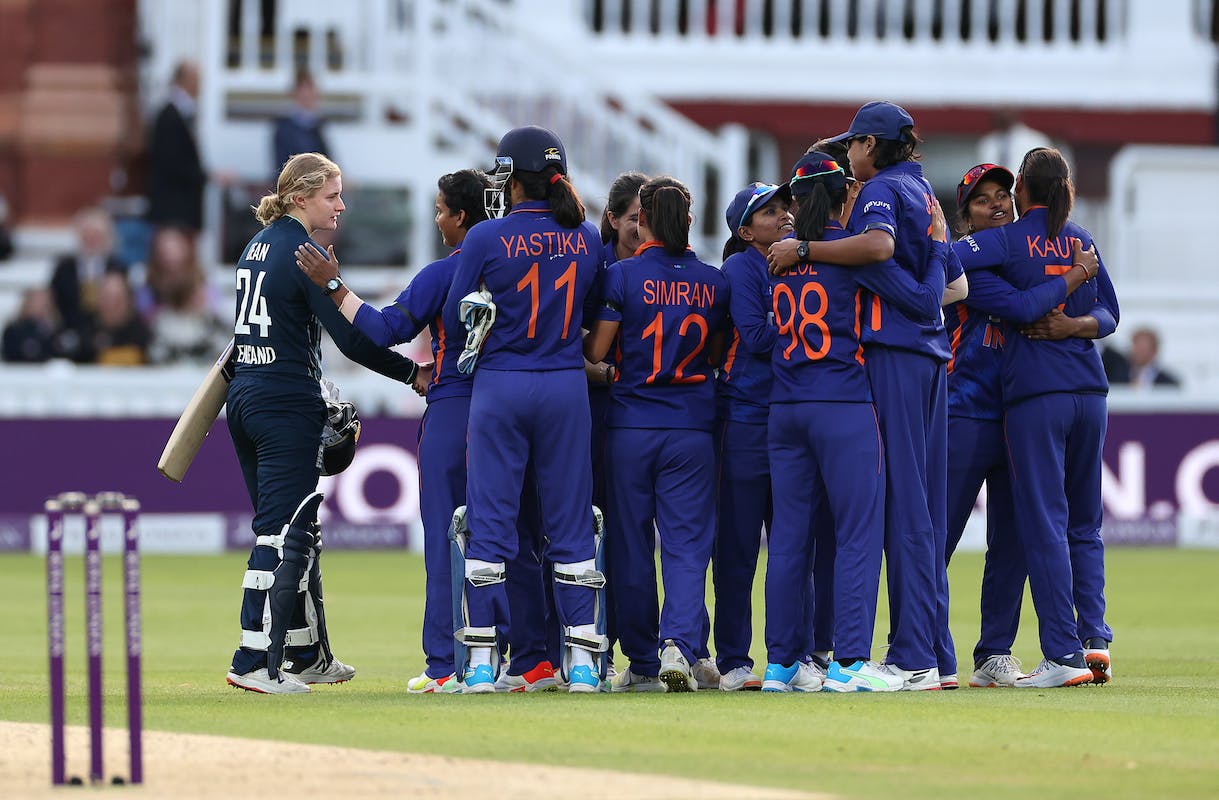 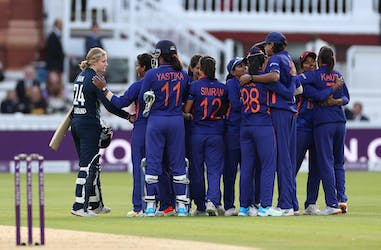 Warned the batters, informed the umpires: Deepti on Dean's dismissal

Charlotte Dean's run-out at the non-striker's end at Lord's had created quite a furor across social media with many from the cricket fraternity feeling that the spirit of the game was not upheld. England needed 17 to win the game after the last wicket pair of Dean and Freya Davies had already put on 35 runs.

Deepti Sharma who was given the responsibility of bowling the 44th over, stopped in her delivery stride and whipped the bails with Dean well out of her crease. Deepti, upon returning to India has opened up about the incident for the first time insisting that she had in fact warned the batters on many occasions before taking the drastic step.

The win at Lord's handed India a 3-0 whitewash in the ODI series.

"It was historic for sure. For the first time, we defeated England in their own country and won the series 3-0. That was our plan because she was repeatedly doing it and we had warned them too," the all-rounder told reporters.

"We had also informed the umpires. But still she was right there so there wasn't much we could do. We did everything according to the rules and guidelines."

It was the last ODI for Jhulan Goswami, who walks away from international cricket after 20 as an all-time great. Deepti said the entire team is going to miss her presence.

"See, every team wants to win and we wanted to win the last game to give Jhulan di a memorable farewell. Whatever we could, we put in that effort. I'm sure it was an emotional moment for each and every player so you can't prevent it. It happened in and outside the ground," Deepti, who scored an unbeaten 68 and finished with figures of 1 for 28 at Lord's, said.

"Definitely, we are going to miss her on the field. Her dedication was admiration for all of us and we will try and learn from her teachings."

India Women will next be in action in the Asia Cup. They begin their campaign with a game against Sri Lanka Women at Sylhet on October 1.