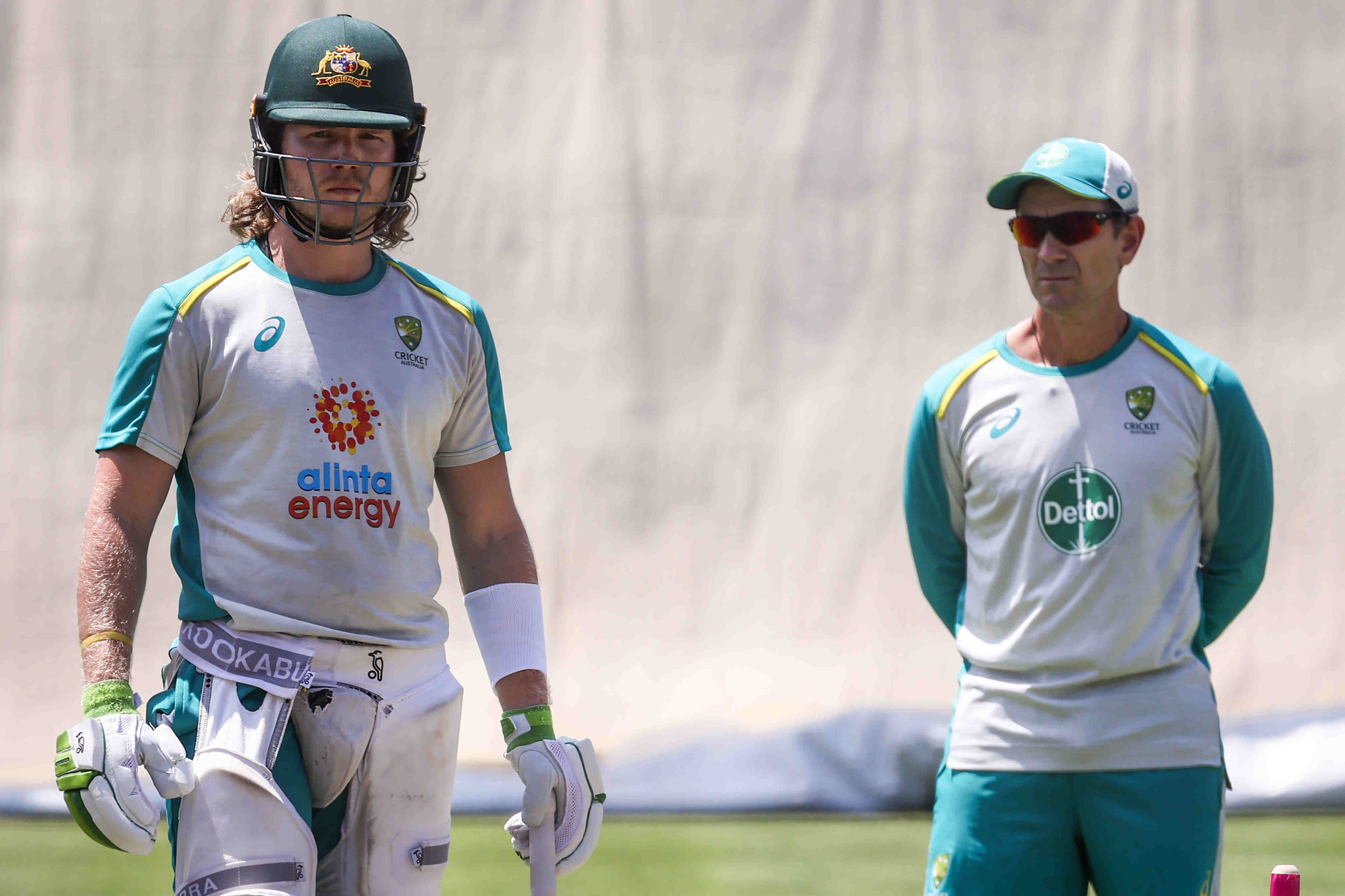 Langer sought to allay concerns that Warner hasn't played four-day cricket for about 12 months, saying the immense experience that is behind the opener will help him jump into traditional format without any fuss

A 'warrior' that he is, David Warner has done everything to be ready and is likely to compete in the third Test against India, Australia head coach Justin Langer said on Tuesday (5th January 2020) and assured that lack of four-day cricket for the opener in the last few months is not a concern.

Langer also announced that young batsman Will Pucovski will make his Test debut on Thursday.

Both Warner and Pucovski, who was primed for Test debut in Adelaide, missed the first two Tests of the series due to a groin injury and concussion-related issues respectively.

"Very hopeful that David will be ready to go (for the third Test), he is a bit of a warrior, isn't he? I have said this since day one that he is doing everything possible to be ready," Langer said at a virtual media conference.

"He is moving pretty well. He is very determined to play. He loves the competition and he loves playing Test cricket. We will get some final eyes on him at training this afternoon and we will make a discussion on that. But I would say, he (Warner) is looking very likely to play the Test match," he added.

Langer also announced that 22-year-old Pucovski, who was hit on the head during the warm up game against India A, has been cleared to play.

Langer sought to allay concerns that Warner hasn't played four-day cricket for about 12 months, saying the immense experience that is behind the opener will help him jump into traditional format without any fuss.

The coach said they will keep Warner in the slips to help him save energy though he may feel some discomfort while fielding.

"He is going to play with pain though and it is not so much in the muscle but in the tendon area. Like (a) lot of cricketers, who play through different levels of pain, he is willing to take that on and hopefully won't hamper him too much," he added.

Warner had himself last Saturday said he was "highly doubtful" about attaining full fitness ahead of the third Test, though he would possibly do respond to a desperate selection and team management's call.

However, Langer assured that if the Australians felt that there was any risk of re-injuring Warner, then they would have certainly not rushed his return.

"He has had a good rehab, as I said he might be little restricted in the field, he might get that area little-bit fatigued, because he hasn't played Test cricket for a while but we wouldn't take that risk if we thought he would re-injure himself," said Langer.

The four-match series is tied 1-1 with the hosts winning the Pink Ball opener in Adelaide while India emerged triumphant in Melbourne.

Langer said India have been distinctly well-planned and disciplined, especially in bowling, so far even as his side races to address its batting woes ahead of the third Test.

Asked about Australia's low-scoring in the current series and if that is a concern, Langer cited various factors, the biggest being India's lethal accuracy with the ball.

"...their greatest strength over the last couple of series has been their discipline. They (India) have been so well disciplined...I have loved the last two Tests because the wickets have been a contest between bat and ball and you have got to work a bit harder and that is what Test cricket is all about," Langer said.

According to Langer, a former opening batsman, India have taken a straighter line to couple of their batters and have accordingly placed their fields.

"So, I think, there is the factor of the wickets that we have played on, there is certainly some seam movement, there was a little bit of swing in both those wickets. India have (has) taken a straighter line to a couple of our batters and set the fields accordingly," he said.

He also praised India offspinner Ravichandran Ashwin for his performance so far saying it is difficult to score quickly against great bowlers.

"We know how we like to play our cricket as Australians, but credit to India, very well-planned, as you would expect they have discipline in their bowling, the wickets that we have played on have been competitive, so we are aware of that and I'm not too stressed about it (scoring rate)," he added.

Langer also said that they were addressing the their batting concerns and working on strategies to counter the Indian spinners.

"I think we have got to look at our strategies against the Indian spinners. Ashwin is bowling in very well and we have worked hard on that last week or so," the Australian head coach added.

While Langer has always been effusive in his praise for Bumrah, he also lauded young India seamer Mohammed Siraj for his performance in his debut Test at Melbourne.

"Obviously, Bumrah is a world-class bowler and (Mohammed) Siraj coming in, he is a very skilful bowler...I thought he (Siraj) bowled very well in his first Test match, his debut, so we are interested to see who comes in as their probably third quick (and) time will tell," he said.

"We have only scored precisely 200 in that second innings (in Melbourne) but anytime in Test cricket when you are not scoring over 200s, you are looking at ways to improve," he added.

Langer concluded by saying that there was plenty of talent in Australia and it was all about opportunities.

"Obviously, Davey (David Warner) coming back in after injury, you always welcome back your great players back into the team. There is plenty of batting talent in Australia and it is all about opportunities, obviously.

"You fit six batsmen in at one time, so it is all about opportunities," he pointed out.