We are not getting ahead of ourselves: Buttler after semifinal win 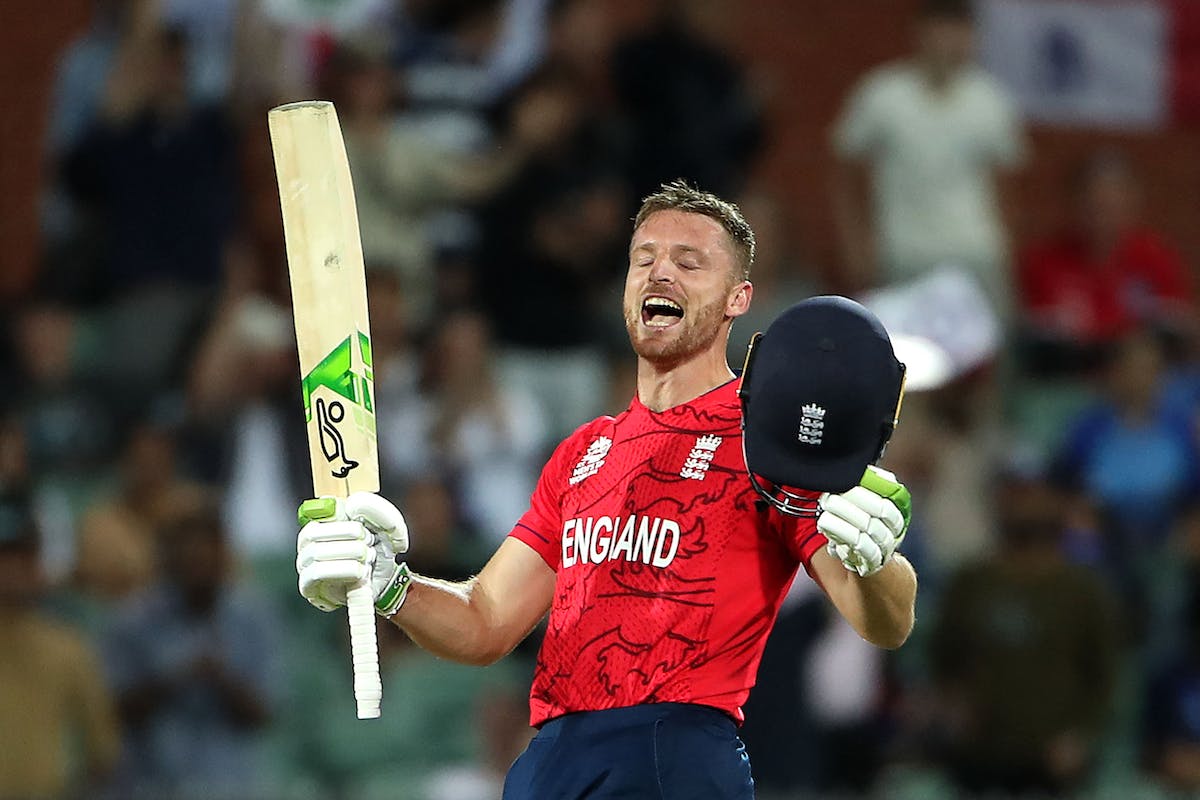 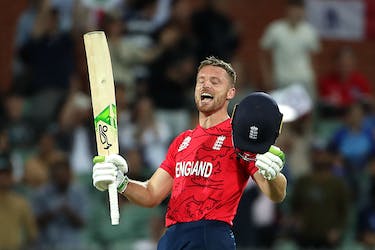 We are not getting ahead of ourselves: Buttler after semifinal win

Thursday's 10-wicket win over India in the 2022 T20 World Cup semifinal is a proud moment for England, but captain Jos Buttler is not getting ahead of himself as there is a final to play on Sunday against Pakistan.

Buttler smashed nine boundaries and three sixes in his unbeaten 80 off 49 balls and added 170 with Alex Hales (86 not out off 47 balls) as the pair took England past the target of 169 in just 16 overs.

Despite recording the highest-ever partnership in T20 World Cup history in a big semifinal, remaining grounded is the key for Buttler and his team.

"Obviously immensely proud of the guys. That was a brilliant performance, by far our best performance in the tournament. To do it on a day like today in such a high-pressure game is immensely satisfying," Buttler said in the post-match press conference.

"To play so well in a semifinal of a World Cup is great. Don't want to get too far ahead of ourselves and sort of pat ourselves too much on the back for tonight. We're obviously into a final which we're really looking forward to," the opener said.

After winning the toss and electing to bowl first at the Adelaide Oval, England bowlers stifled India by restricting them to 38/1 in the powerplay. Even though India scored 68 runs in the last five overs, heavily contributed by Hardik Pandya (63 off 33 balls), they managed only 168/6 in 20 overs.

Buttler was full of praise for legspinner Adil Rashid who got the big wicket of Suryakumar Yadav (14 off 10 balls) and gave away just 20 runs in his 4 overs.

"Adil Rashid I thought had his best day for a while. He was so tough to play. I thought he looked like getting a wicket every over," Buttler said.

Chris Jordan, who came in for injured Mark Wood, also picked up the key wickets of Rohit Sharma, Virat Kohli and Pandya.

"Special mention as well to Chris Jordan. To come into such a high-pressure game not having played so far in the tournament. I asked a huge amount of him there to bowl three overs straight through at the death against such a great hitter of the ball like Hardik Pandya. That's a hell of a performance from Chris Jordan," he added.

When asked where Thursday's win ranks among England's greatest victories, Buttler thought it was as good as their eight-wicket win over Australia in the 2019 ODI World Cup semifinal.

"Yeah, probably (close to 2019 World Cup semifinal win). That was, again, a fantastic performance. But just shows we've got some brilliant players in our team. We've got huge depth in the country in white ball cricket, and when you've got such great players, that allows you to be able to put in brilliant performances," Buttler said.

After a comprehensive win, England can still use the occasion of being in the final to raise their game by a notch against Pakistan in the summit clash at the MCG.

"I think the occasion will do that quite naturally. I think it's important we enjoy the performance this evening, but of course don't get too far ahead of ourselves. There's still the biggest game of the tournament still to come," Buttler said.