We don't have to overthink about losing four wickets: Siraj 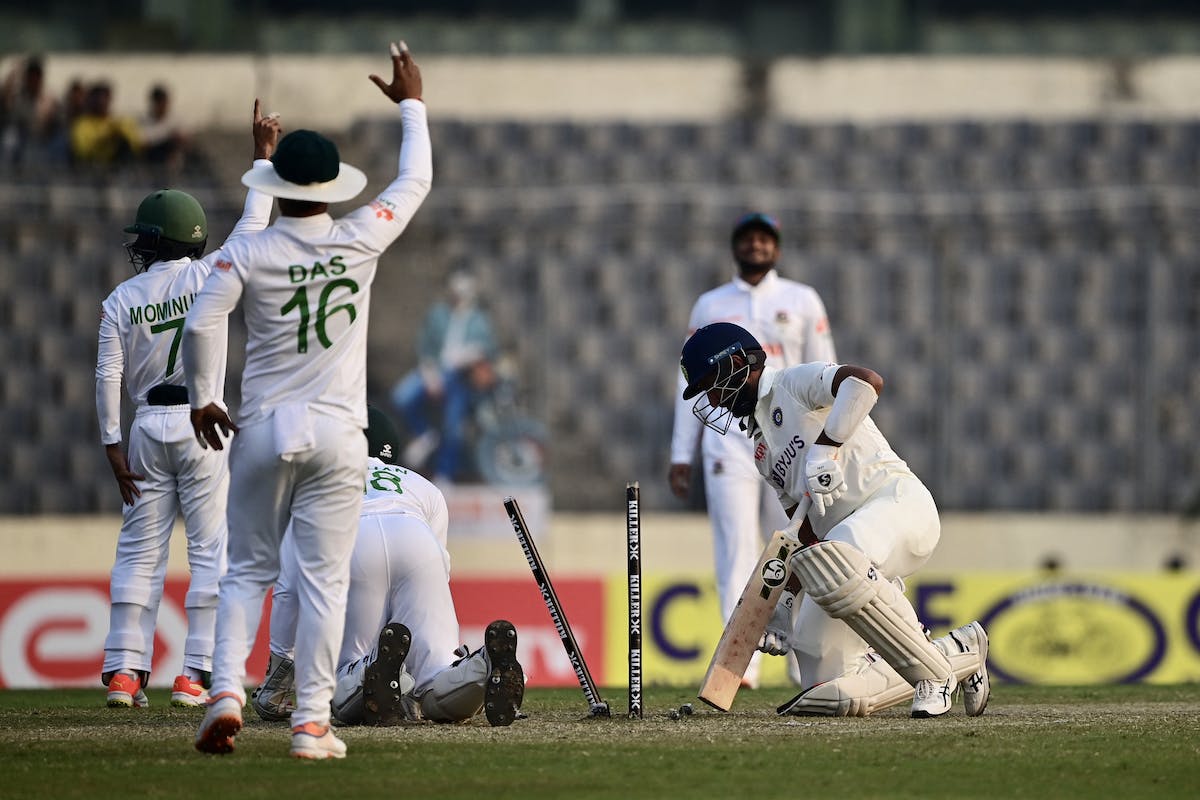 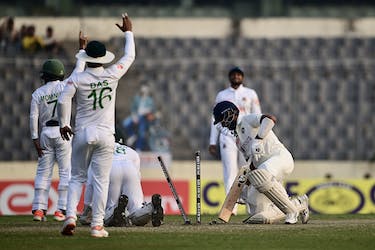 We don't have to overthink about losing four wickets: Siraj

After being set a low total of 145 to win the second Test in Dhaka, India ended the third day on a slippery slope after losing four wickets for just 45 runs. They still have the batting of Rishabh Pant, Shreyas Iyer and Ravichandran Ashwin to come, a fact that is reassuring for Mohammed Siraj.

Siraj, who once again got the key wicket of Litton Das (73) on day three, felt that there is no need for India to panic as they have enough firepower to complete the chase.

"We shouldn't be overthinking about it (losing four wickets). We have 80-odd runs to score. If one batsman settles down, we won't be under pressure," Siraj told reporters on Saturday.

The biggest questions of the day, though, were surrounding the promotion of Axar Patel (26 not out) at No. 4 ahead of Virat Kohli. Siraj explained how the management's idea behind the decision was simple.

"I feel management's call with Axar's promotion was simple. If there's a righty and a lefty, bowlers can struggle with adjusting their lines," he said.

Kohli's stay at the crease (1 off 22 balls) was cut short by Mehidy Hasan Miraj (3-12) who had the Indian stalwart caught at leg slip. Bangladesh players' animated celebrations riled up Kohli, who had to separated by the umpires before walking off. When quizzed about the incident, Siraj said he had no idea.

"Honestly, I don't know what happened at that time. I wasn't looking at the field," he said,

Indian bowlers had a bit of tough time dismissing Bangladesh for a smaller total as Litton's aggressive batting at the end saw them finish their second innings at 231 all out. Siraj felt that Bangladesh ended the day strongly, but India are also in a strong position.

"I guess, yes (Bangladesh are ahead). We lost a couple of wickets extra. But we don't need to worry too much. We also have Rishabh, Shreyas and Ashwin to come," Siraj said.

For the fourth time, Siraj got the wicket of Litton and celebrated with 'silencing the crowd' gesture. Siraj revealed that it was not directed at the batter, but few people in the crowd who were giving him hard time.

"When I was fielding near the boundary, there was a section of the crowd who were saying few things to me. I made that gesture for them," he said.

Siraj, who continued his battle of words with Litton from the first Test, was asked if their rivalry will next move to IPL 2023 after the Bangladesh batter was bought by Kolkata Knight Riders in Friday's auction.

"You are thinking too far ahead. Its very common for a fast bowler to do a bit chit chat and get the batsman off their focus. It's part of fun," Siraj laughed.

Speaking about India's bowling tactics on the day, Siraj said: "Fast bowlers were getting a little bit of extra bounce on this pitch. So, I was trying to hit the deck hard often. We also got wickets in the process. We attacked by bringing the keeper up and Litton also started attacking and they got some 30 runs extra. Its okay, though."

India need 100 more to win with Axar and Jaydev Unadkat (3 not out) at the crease.