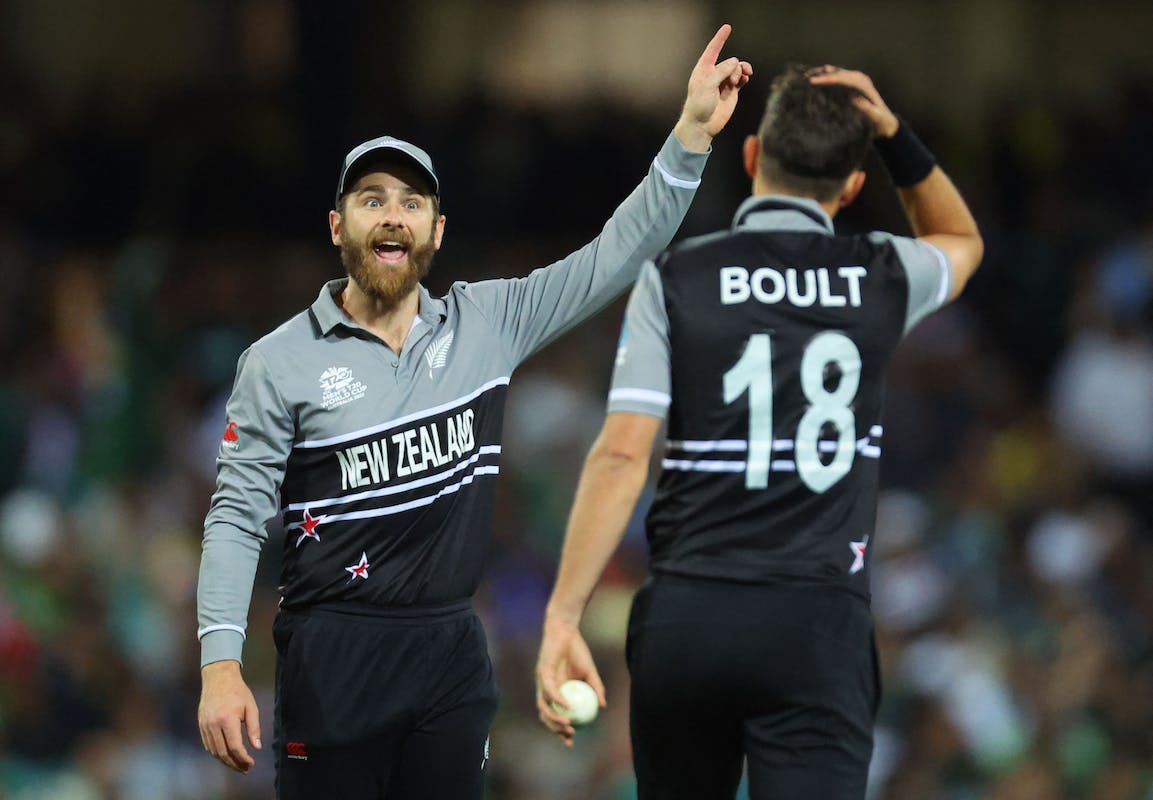 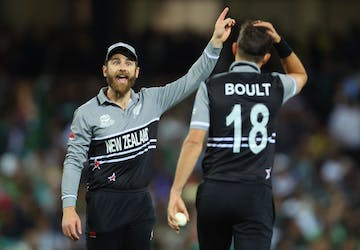 It was another case of so near yet so far for New Zealand as they tumbled in the penultimate stage of a tournament this time to hand Pakistan their first T20 World Cup final in 13 years. Looking back at the match, New Zealand skipper Kane Williamson says he was pleased with the way his side fought hard after putting up 152 on the board.

Williamson further adds that it was a frustrating day for him and his side on the field as they failed to seize on the opportunities they had despite Pakistan getting off to a flying start in the powerplay.

"We fought hard and we showed some good characteristics that are important for our team and the attitude you want to see, but yeah, it wasn't to be. That's the frustrating part to me," Williamson said in the post-match press conference.

"The picture is big: You play a number of tournaments. Yeah, you want to win some, but you finish a tournament, you certainly just start focusing on the next one. To me it comes down to the cricket, and that's where we put our focus. The environment, how well we're tracking, and there's been a lot of good stuff. The journey was good, a lot of good cricket, but as we know, you've got to continue to as you go into the business end, and today was certainly frustrating."

Williamson also feels the takeaways from the tournament is that the players - be it the young ones or the older -ones - playing a tournament like the World Cup gives them an opportunity to evolve.

"You know, these experiences are fantastic. Obviously you want to keep being on the right side of results, but having said that, there's a number of younger players, older players sort of thing, and it evolves, these sorts of tournaments," Williamson said.

"So everybody takes a little bit into the team. When you get put in these sorts of positions again, you sort of can reflect back and try and do it a little bit better.

"Yeah, there will be some reflection. It's still raw. Obviously just walked off the park, and you've got to use these sorts of lessons to get better as a side and as an individual."

Pakistan captain Babar Azam was however delighted that his side grabbed their opportunities and turned their campaign around.. It looked to be the end of the road after they lost the first two games, but they went on to beat South Africa, Netherlands and Bangladesh to stay alive. But a little help from Netherlands, who beat the Proteas, was the decisive fixture that pushed them to the semis.

"It means a lot. To be honest, we did not start well, but after the South Africa match we had hope, and after that we grabbed the opportunity, and then we are playing our best cricket, and Alhamdulillah, we will play well in the final," Babar said when quizzed about what it meant to make the World Cup final.

His fast bowler Shaheen Afridi, who came back from an injury did not start off well, but has picked up pace after the first two games with all his 10 wickets in the tournament coming in the last four games. He set the tone in the semis by getting rid of Finn Allen in the first over and returned later on to get the big scalp of Williamson too.

"Yes, he set the tone, and after the injury day by day he's improving because you see him playing for the team and performing after the injury. So he had a little bit of time. He has really been using our experience and now -- everyone knows he's the best bowler in Pakistan and in the world, so we know he's bowling and he's doing fine out there," Babar said.

Pakistan played a World Cup final 30 years ago at the MCG that saw Imran Khan's men lift their maiden World Cup. Will Babar & Co. be able to do the same on Sunday (November 13)? Jos Buttler or Rohit Sharma might have a say in that.