We have belief in our middle order: Babar Azam 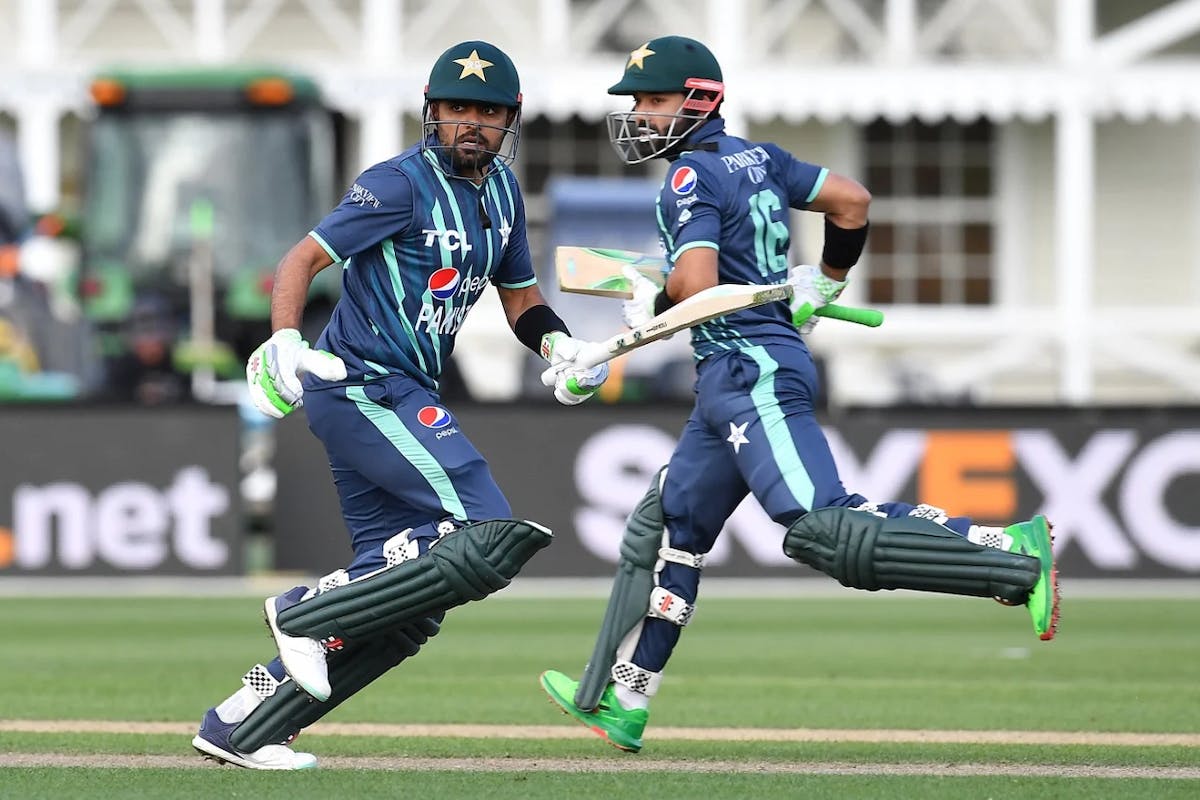 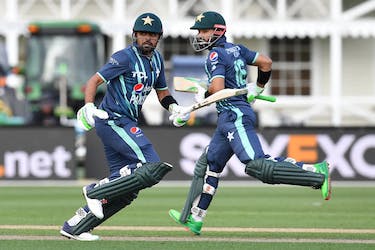 We have belief in our middle order: Babar Azam

These days, it’s almost impossible to talk about Pakistan without mentioning their middle-order issues and the strike rates of Babar Azam and Mohammad Rizwan. The Men in Green are set to commence their T20 World Cup 2022 campaign against their arch-rivals India on Sunday (October 23) and their skipper Babar backed Pakistan’s middle-order to come good.

"You never know. This is T20. On the day anyone can surprise you. It is a short format, any player can win you the match. We have belief in the middle order. They have won us enough matches, they have performed in enough difficult situations. You should be prepared for everything,” said Babar.

Then there is this whole talk about Pakistan openers’ conservative approach. Pakistan have the second-lowest scoring rate (7.2) among the top-10 T20I teams in the powerplay this year. Babar has a strike rate of 125.8 in the first six overs this year, while Rizwan has operated at just 111.5. However, thanks to their bowling unit, Babar feels they don’t always have to score 180-200.

"The way our fast bowlers are performing, Shaheen (Shah Afridi) has come back, (Mohammad) Wasim, and especially the way Haris (Rauf) has improved his bowling and grown his game, our confidence in our bowling unit is quite high. So, on the day, we will try to execute our plans."

Shan Masood, who was rushed to a hospital after taking a blow to the side of his head, has recovered and is available for tomorrow's game. However, the same can't be said about Fakhar Zaman, who hasn't fully recovered from a knee issue.

"Shan Masood has recovered. All the test reports look good. He is ready for tomorrow. We haven't yet seen the pitch. We know an XI in the back of the mind, but we will confirm it when we see the wicket. Fakhar hasn't recovered fully. It will take him one or two matches."

Also read: Tangible weaknesses, but count Pakistan off at your own peril

A major facet where Pakistan lack meat is power-hitting, especially during the middle overs. Their scoring rate is only 7.8 during overs 7 to 15, falling in the bottom half among the top-10 sides since the last World Cup. It goes down to 7.6 against spin.

Shadab Khan averages 23.6 against spin in T20s this year, at a strike rate of 148. For Mohammad Nawaz, the numbers are 40 and 145.5. Both started as lower-order batters but are set to tackle Pakistan’s low returns against spin. And, Pakistan have been using them in the middle of late.

"The way Shadab and Nawaz have played their part higher up the order, that is a key factor for us. It gives us a freer mindset. And here the grounds are bigger, you won't see as many big shots here."

Talking about India's in-form batter Suryakumar Yadav, who has smacked 801 runs in 23 innings at a strike rate of 184.6 this year, Babar said: "We have plans for each player, not just Surya. We have a plan and hopefully we can execute them properly."

There may have been a lot of tension between the BCCI and PCB due to the Asia Cup controversy but Babar said the players on both sides have good relations with each other. "We have shared a good bond with Indian players and that's what professional sportsmen do. It also helps in on-field relations as we all give 100 percent for our teams."