Tangible weaknesses, but count Pakistan off at your own peril 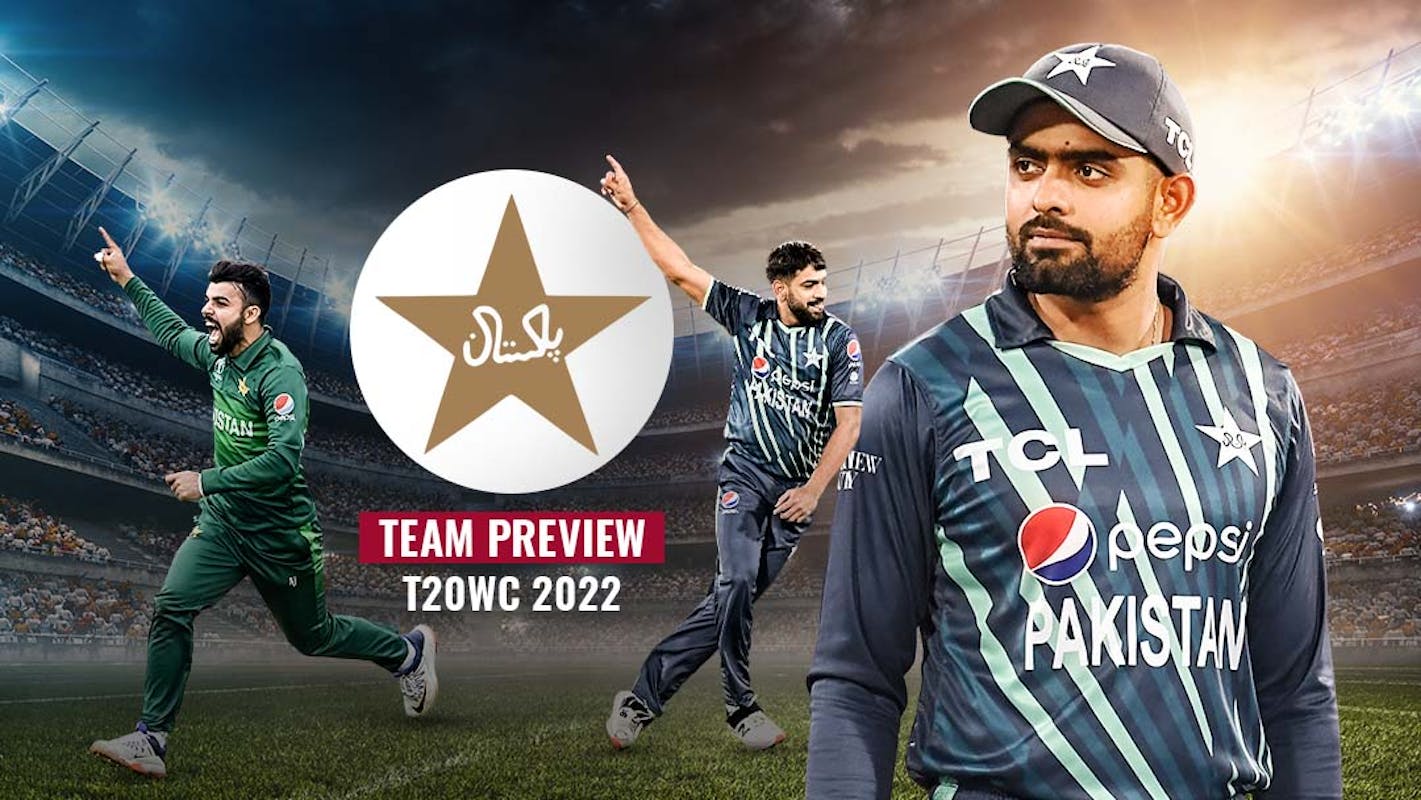 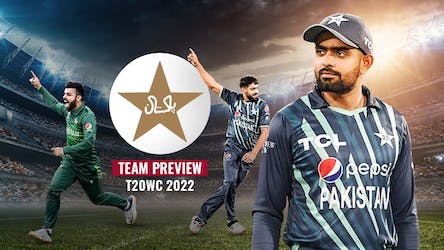 Tangible weaknesses, but count Pakistan off at your own peril

In familiar conditions of the middle-east, Pakistan raced to the semifinals in the T20 World Cup last year. The challenge is much different this time, considering Pakistan’s underwhelming record in Australia. But it is Pakistan we are talking about. They transcend the boundaries of the general strengths and weaknesses analysis. They can lose from anywhere and make a game out of any situation. They are the most unpredictable side in the tournament. And that is why you ignore them at your own peril.

Pakistan have one of the most, if not the most, complete bowling line-ups of this World Cup. For starters, each of the five pacers in their 15-man squad can bowl in 140s regularly, which is a big plus on the bouncy tracks of Australia. None of them have an economy of more than 7.9 in the powerplay since the last World Cup. At the death, only Mohammad Hasnain’s economy goes above 9.9, and he is arguably the last in line to get a game.

Shaheen Shah Afridi is amongst the most lethal left-arm seamers with the new ball when there is a hint of assistance available from conditions. Haris Rauf has turned games around during the death overs. Naseem Shah and Mohammad Wasim are on an upward curve in their young careers.

Shadab Khan and Mohammad Nawaz form an effective attacking-defensive spin duo. Both of them can bat, which lends flexibility to their XI. To cap it off, they also have the part-time off-break of Iftikhar Ahmed. Thus, Pakistan tick all boxes of a well-rounded T20 bowling line-up. If you think they don't have a seam-bowling all-rounder, the batting prowess of Shadab and Nawaz lends the team enough flexibility, owing to which Pakistan can play Iftikhar based on the advantage he brings with his secondary skill.

A move that can work: A major facet where Pakistan lack meat is power-hitting, especially during the middle-overs. Their scoring rate is only 7.8 during overs 7 to 15, falling in the bottom half among the top 10 sides since the last World Cup. It goes down to 7.6 against spin.

Shadab Khan averages 23.6 against spin in T20s this year, at a strike rate of 148. For Mohammad Nawaz, the numbers are 40 and 145.5. Both started as lower-order batters but are set to tackle Pakistan’s low returns against spin. Pakistan can promote them to number 4 and 5. The move can also make for a slow start from Babar Azam and Mohammad Rizwan. The fact that they can maintain an optimal LHB-RHB pair adds to the charm.

Pakistan’s current top-order bat with a conservative approach and they have the second lowest run rate (7.2) among 10 teams in the powerplay this year. While being unique can have its advantages, Pakistan will struggle to catch up with opponents if it is a high-scoring World Cup.

For this approach to be successful, it is important that either Babar or Rizwan pick up the scoring rate a lot quicker, as they did in Pakistan’s successful 200-plus run chase against England. In the tri-series in New Zealand right before this mega-event, both had a strike-rate of under 121 for the first 40 balls of their innings. 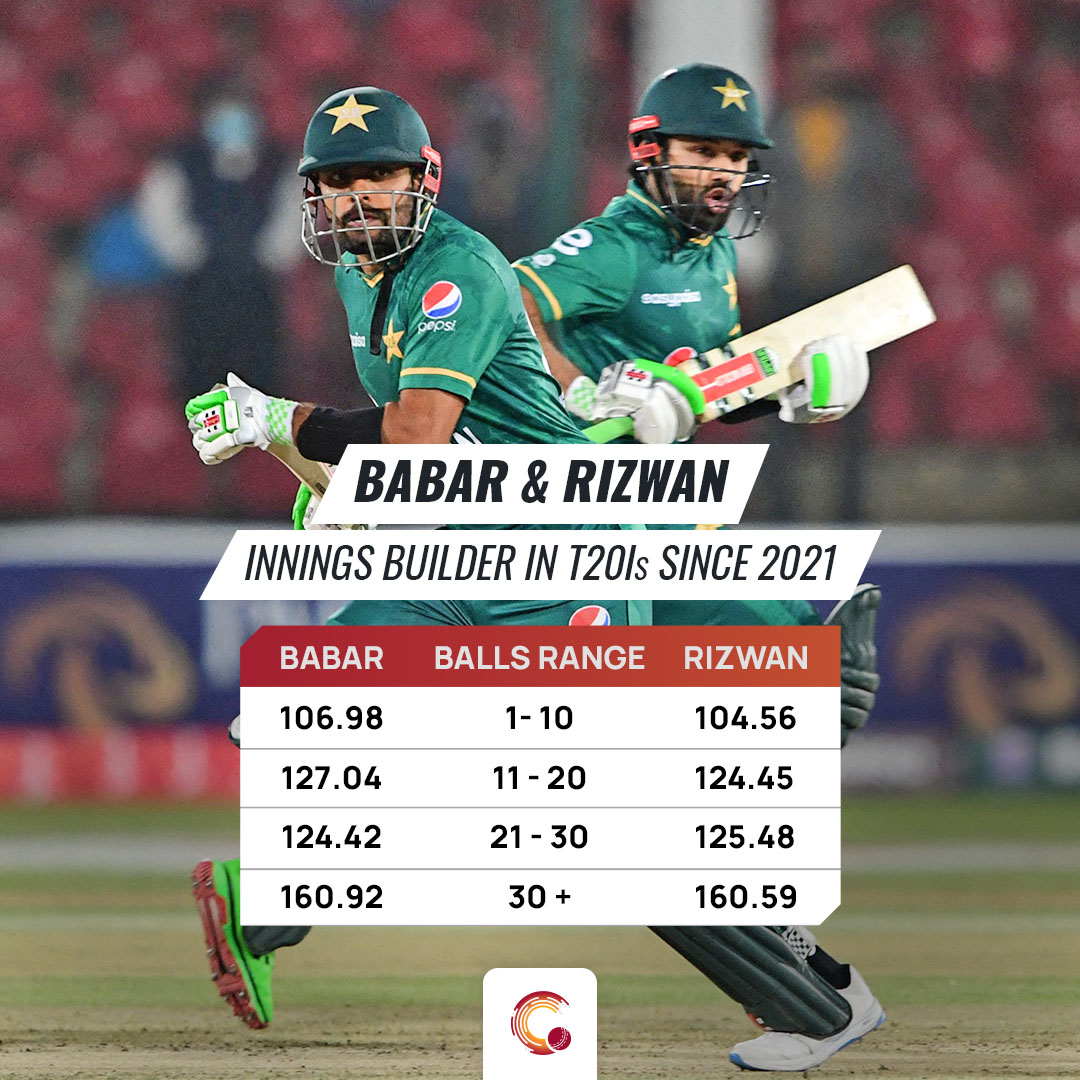 The finisher’s job rests completely on the shoulders of Asif Ali. While the right-hander has shown great form in the past year, he averaged 18.3 in Australia in his T20 career, striking at only 123.1.

Power-hitting has always been a problem for Pakistan. It is a big reason behind their winless record Down Under across four T20Is. 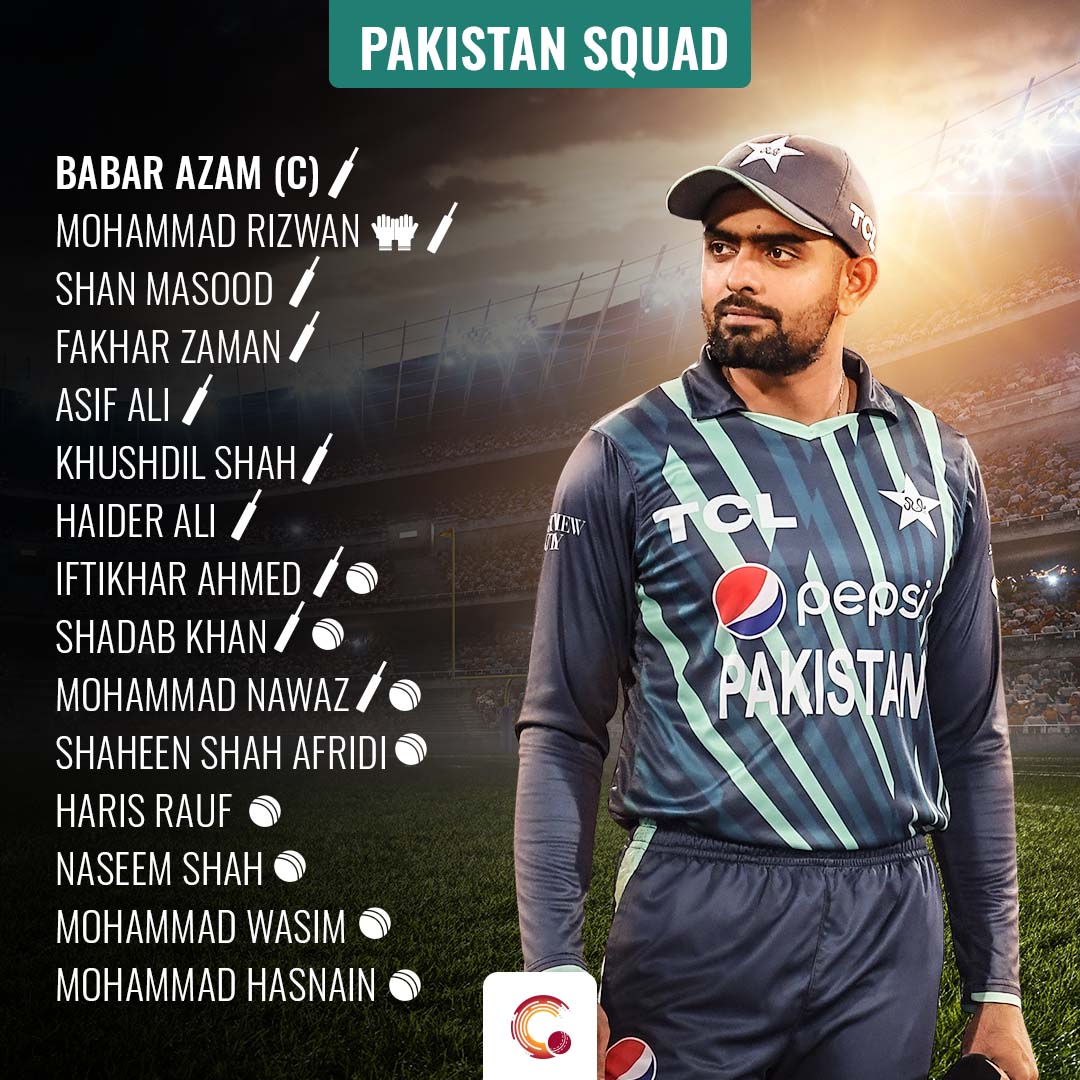 Pakistan replaced Usman Qadir with Fakhar Zaman in the eleventh hour. That is a shift in squad balance with a specialist batter coming in for a leg-spinner. Does that mean Pakistan have acknowledged Fakhar’s match-winning potential? Will they re-replace him with Shan Masood at number three? Masood has averaged 24.4 at a strike rate of 125 in 12 T20Is since his debut in September 2022.

If Pakistan do bat Shadab and Nawaz at number 4 and 5, then they will have a vacancy at number 8, which they can use whichever they want. They can elongate their batting with Khushdil at that spot instead of Haider Ali. But going by the tri-series in New Zealand, they may keep Haider in the top five.

Pakistan kick-off their campaign against their arch-rivals, India, on October 23 (Sunday) at the iconic Melbourne Cricket Ground.