We spoke about being positive against spin: Head 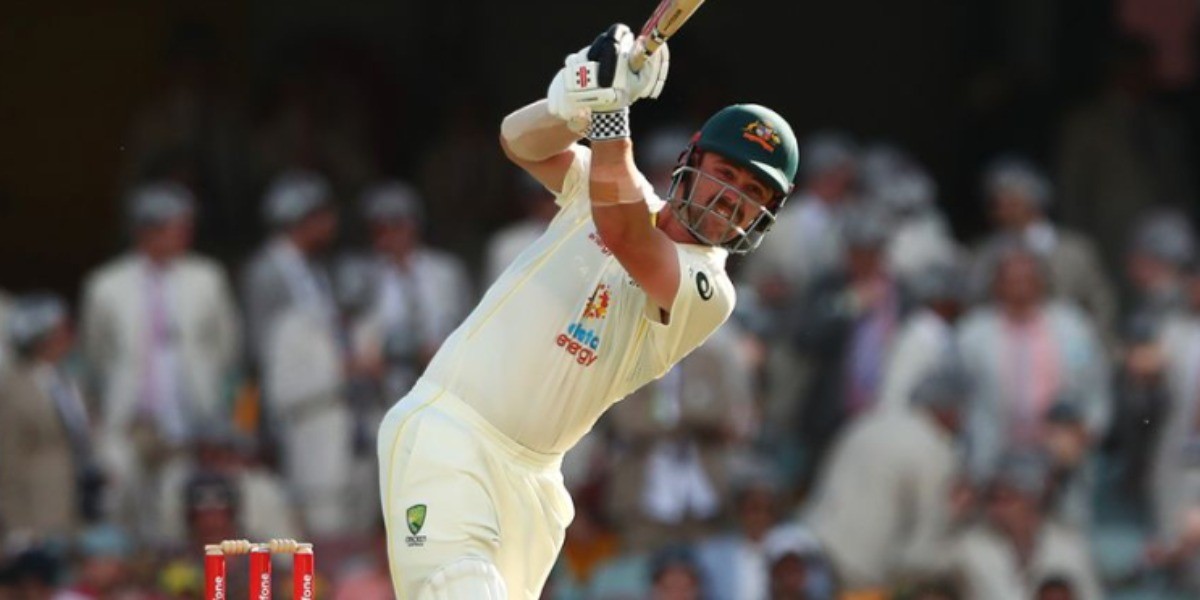 We spoke about being positive against spin: Head

Australia were ruthless against Jack Leach, smoking the left-arm spinner for 95 runs in 11 overs

Marnus Labuschagne said that the surface at the Gabba is still offering enough assistance to the bowlers and Australia will look to exploit that in the second innings. The hosts have already taken a sizeable lead of 196 and still have three wickets in hand.

Having bowled out England for 147 on day one, Australian batters dominated the proceedings on the second day. They lost Marcus Harris early but David Warner (176-ball 94) and Labuschagne (117-ball 74) put on 156 runs for the second wicket before Travis Head smashed 112* off 95 deliveries to bat England out of the contest.

"Davey really set it up, he grinded really well. We took the sting out of the bowlers, made them come back for that fifth, sixth spell. We put the spinner under pressure which made their seamers come back on. There's been plenty (in the pitch) all day. When you hit the right length and make the batters come forward around the top of that off stump, it is tricky," Labuschagne told Cricket.com.au.

"We lost four wickets in very quick succession so it shows you that, although there's patches in the game where it may look easy, the true Gabba wicket, you can lose wickets very quickly. It's a good learning experience for us to make sure we take that into our second innings … keep trusting the process, keep building the pressure, because wickets can fall very quickly."

Australia were ruthless against Jack Leach, smoking the left-arm spinner for 95 runs in 11 overs. It is one thing being expensive as a spinner in Australia, but there is no justification for conceding at 8.60 runs an over, no matter how aggressive the batters are.

"We spoke about being positive against the spin. With it being hot, we wanted the (pace) bowlers to come back as much as possible. Marnus got out doing it – I know he was disappointed – but I felt like it set the tone for the series," said Head, who smashed the third-fastest century in the history of Ashes.

"We were brave today. I felt like some of the positions we were in, and the way we were able to take (Leach) on … the guys had batted extremely well and earnt the right to, in the right moments, take him on, and the tempo and the balance and the nature that they did that in was just fantastic.

"We spoke about that as a batting group going into the Test. In Australia we see a lot bigger scores (so) we want to keep them out in the field. It's been extremely hot the last two days, some difficult conditions … so it's pretty obvious what we'd like to do, (which) is continue to bat really well, try to bat for as long as we possibly can and get ourselves in a great position."

The 27-year-old Head, recalled to the Australia side ahead of veteran Usman Khawaja, justified his selection by passing 100 off only 85 balls. He smashed two sixes and 12 fours in his unbeaten century -- the third-fastest in the Ashes behind only Adam Gilchrist's 56-ball ton in Perth in 2006 and Gilbert Jessop's 76-ball effort at The Oval in 1902.

"I'm still pinching myself -- I can't quite work out what transpired over the past couple of hours. I took some chances -- technically and mentally I was really composed, really relaxed. I found the first 20 runs really tough, but the game opened up and I was able to take the chances, which is pleasing," said Head.