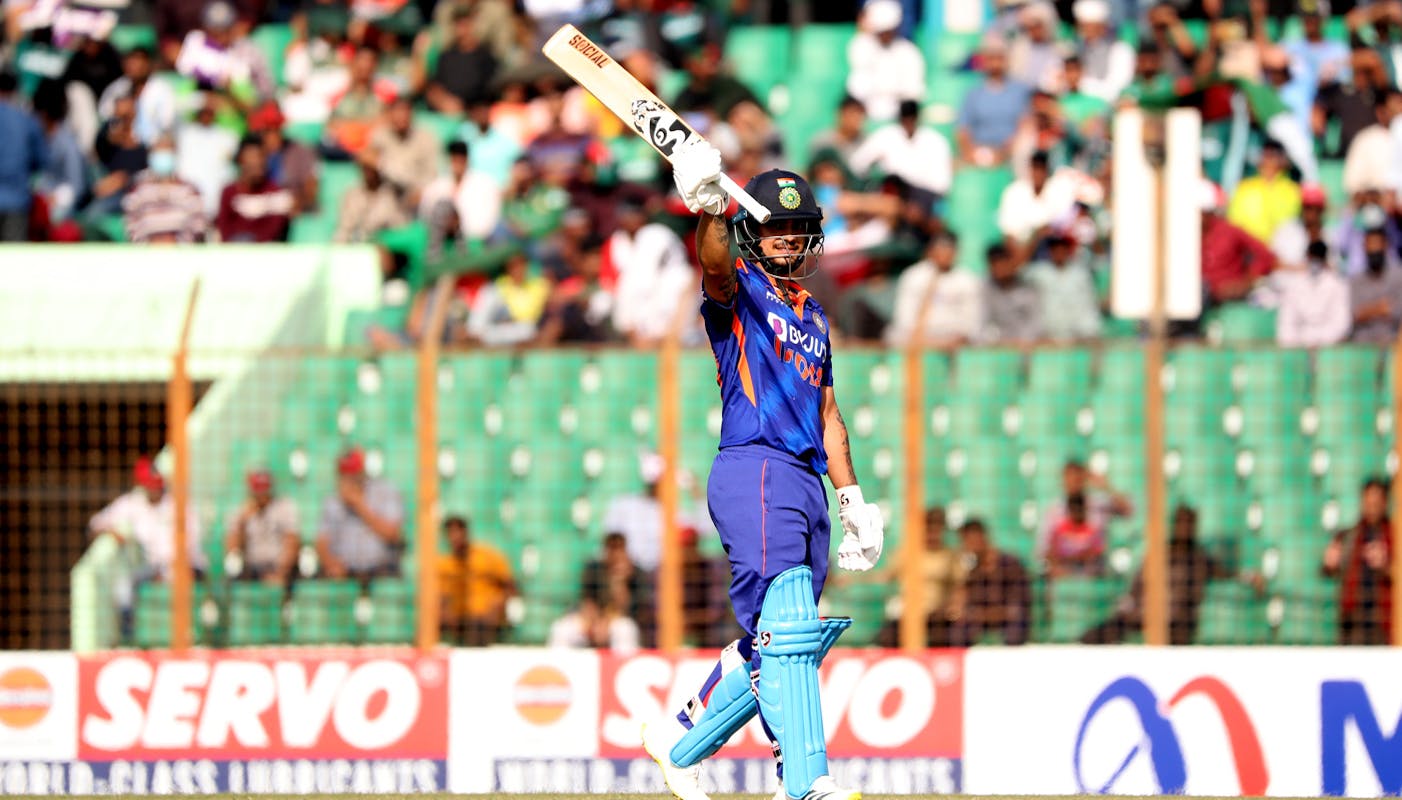 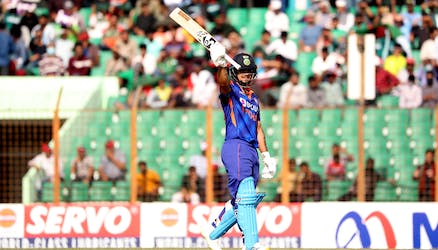 India's stand-in skipper KL Rahul was expecting his team come hard at Bangladesh in the third ODI at Chattogram after losing the ODI series.

Having lost both the ODIs in Dhaka, India put up a total of 409/8 in 50 overs, their fourth highest score in the format, after Ishan Kishan (210 off 131) smashed the fastest double century in ODIs and Virat Kohli (113 off 91) scored his 72nd international hundred.

Rahul was full of praise for Kishan, who opened the innings with Shikhar Dhawan in place of injured captain Rohit Sharma.

"This was expected from our team. Virat and Kishan set it up for us. The scores don't suggest that the way he started off. He grabbed the opportunity with both hands. He batted brilliantly," Rahul said in the post-match presentation.

Kohli and Kishan added 290 for the second wicket which allowed the Indian bowlers to dispatch the hosts for 182 runs to record 227-run win -- their third highest win margin in ODIs.

"Virat also used his experience and guided him. You know that the batters will come hard and you will get wickets. There was not much help. We took some brave chances. Very happy with our performance. We are learning as a team. Still try to get better," Rahul said.

Rahul said that the team will try to carry the confidence of Saturday's win into the Test series beginning at Chattogram on December 14.

"Unfortunate, the results didn't go our way in the first two games. We would want to take the confidence into the Test series," he said.

Kishan, who won Player of the Match award, was happy to have gotten the support from the seniors in the dressing room.

"I think it was a perfect wicket to bat on. Perfect situation for me as well. Was looking to watch the ball properly and go with the flow. I think when you have so many senior players in the team. We have been doing conversations. Here at the international stage, you try to get a lot when you get a few. I got a lot of help from the support staff," Kishan said of his knock, which was studded with 24 boundaries and 10 sixes.

"I was just picking the ball and the bowlers. Things went my way. After looking at the wicket, I knew it was going to play well. Was trying to smash the loose balls. There is so much conversation going on in the team for the fitness," he added.

Despite sealing their second consecutive ODI series against India, Bangladesh captain Litton Das rued his team's missed chances, including his dropped catch of Kohli when he was batting on 1.

"The way Ishan and Virat batted, that cost us the game. The way Ishan batted, hats off to him. Our bowlers tried our best but there was no way out on this wicket. Had we been chasing 330-340, it would have been a different ball game. They are a good side. We played good cricket and will help our confidence," Litton said.