We were 10 runs short: Hardik Pandya 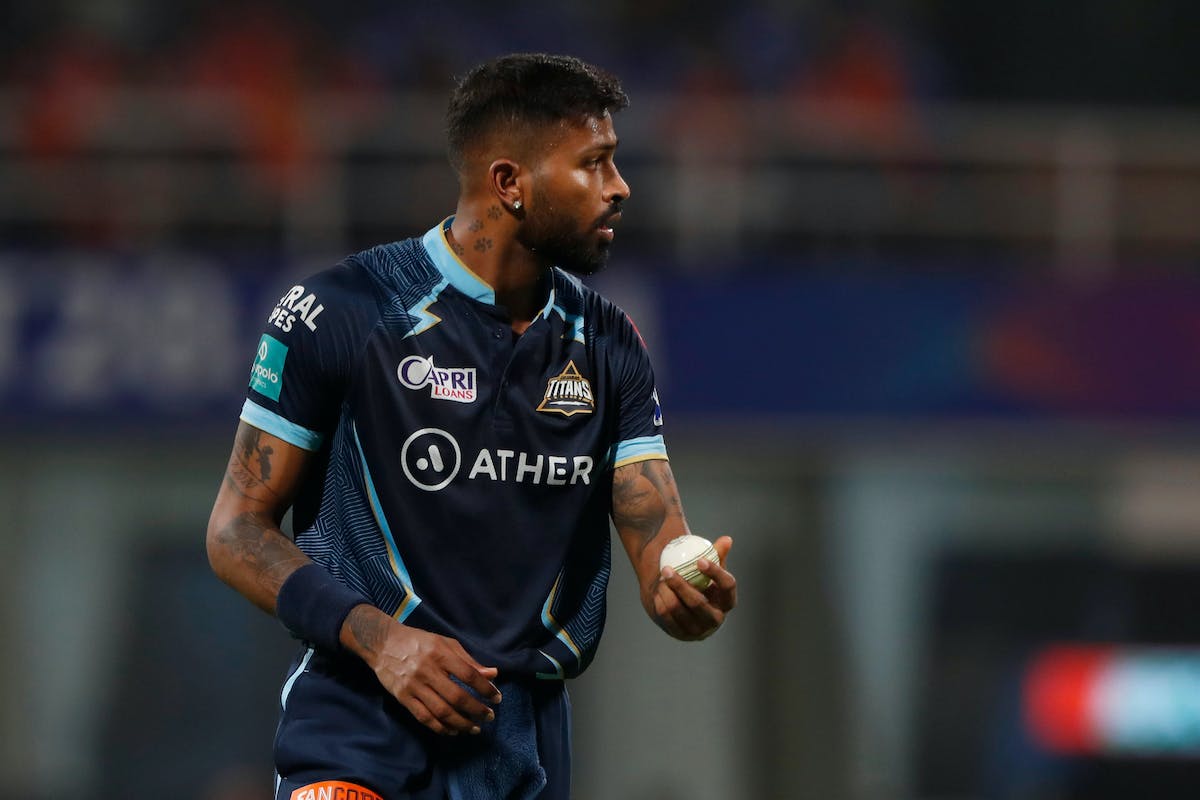 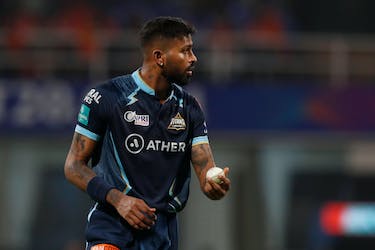 We were 10 runs short: Hardik Pandya

Gujarat Titans' winning juggernaut was halted by Sunrisers Hyderabad on Monday night (April 11). After three wins in a row, they lost their first game of the season in Navi Mumbai. The skipper Hardik Pandya felt that a total of 162 was at least 10 runs short of what would have been a par score.

"I think batting wise we were 7-10 runs short, that would have made difference in the end. We started well with the ball, but those two overs where they scored 30 runs, got them back into the game," Hardik said after the 8-wicket defeat.

He also spoke about being hit on the helmet by Umran Malik's bouncer. Hardik walked out to bat at number four and Malik struck him on the grille with his delivery of the match. Instead of receiving any medical treatment, the 28-year old asked the physio to walk back to the dugout.

"IPL is tough so I tried to show the youngster some toughness (against Malik). That (blow to the helmet) woke me up. They bowled well and stuck to their plans, credit to them for the way they bowled."

He applauded the opposition bowlers for not allowing them any momentum. Hardik himself wasn't able to accelerate and had to stay content with a 42-ball 50 not out.

"I think they bowled well [in the last 5 overs]. The bounce was varying and their bowlers with different heights. Credit to them with the way they bowled," he said.

The GT skipper feels that there is no need to panic and they will analyze the performance and come back stronger.

"Our motto has been the same which is to learn from the mistakes we make no matter the result. In a couple of days, we have our next game. Relax and enjoy the game," he added.

Kane Williamson, the victorious captain, ushered his side with a 46-ball 57. The SRH skipper started slow that escalated the asking rate early in the innings but the right-hander stressed that the focus was on building partnerships. "It was hard to get a rhythm, so we just tried to build partnerships but good to see signs of improvement," he reflected on the game plan.

Williamson also shed light on a couple of injury concerns in their camp. Rahul Tripathi was retired hurt in the middle of his innings while Washington Sundar didn't complete his four-over quota.

"I think Tripathi might just be cramped. Hopefully, it is minor and he can recover quickly. I'm not quite sure about Washington Sundar but hopefully, he recovers quickly," he said.

Williamson was adjudged the Player of the Match for his vital contribution in the run chase.