We were 20 runs short: Kohli 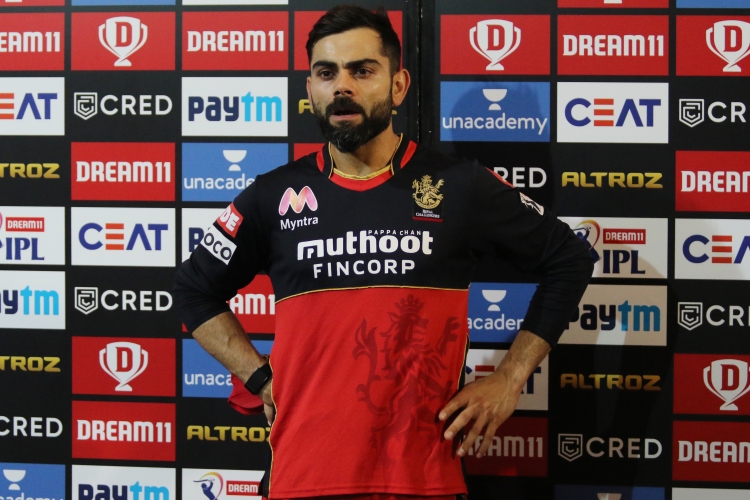 We were 20 runs short: Kohli

"They bowled in good areas and they bowled in right channels in the last five overs and we were 20 runs short of what could have been a par-score," Kohli said at the post-match presentation

After restricting RCB to 164 for six, thanks to their effective death bowling led by pace spearhead Jasprit Bumrah (3/14), Mumbai Indians rode on Suryakumar Yadav's blistering 79 to chase down the target with five wickets and as many balls to spare.

"It was a strange phase of batting out there (in the last five overs), everything we hit went to the fielders and right into the hands as well, these things happen on the field.

"They bowled in good areas and they bowled in right channels in the last five overs and we were 20 runs short of what could have been a par-score," Kohli said at the post-match presentation.

According to Kohli, his team was in the game till the 17th over of Mumbai's chase, but the opposition batted well and finished the game in a professional manner.

"Still I think we gave a good fight with the ball and were in the game right till about 17th over and it was a decent effort by the boys.

"The game was tight till about the 17th, probably we needed a couple of wickets there, they batted really well to play that phase out and finish professionally," added Kohli.

RCB, despite the loss, are sitting at the second spot on the points table and Kohli felt if the team wins the final two games, then it would finish in the top two.

"Some teams peak early and some teams have off-games at the wrong time. I think, the bottom half of the table, those teams are playing some really good cricket.

"We are going to focus on what we can do, we have two more games, we win both, then we definitely finish top two," said Kohli.

"Time and time again, no matter the situation, he (Surya) continues to show the class of a player he is. He must be very, very disappointed not to don the blue as yet for India but I think he is very, very close.

"As a spectator I am looking from the outside, he has done some amazing things for us in this franchise and the most he can do is continue to make the bat talk and score runs for us and, hopefully, that takes us all the way," said Pollard.

NEWS
Suryakumar has burning desire to don India blue: Kieron Pollard
Yadav was overlooked for India's tour of Australia despite his consistent run