We were 25-30 runs short on this wicket: Rohit Sharma 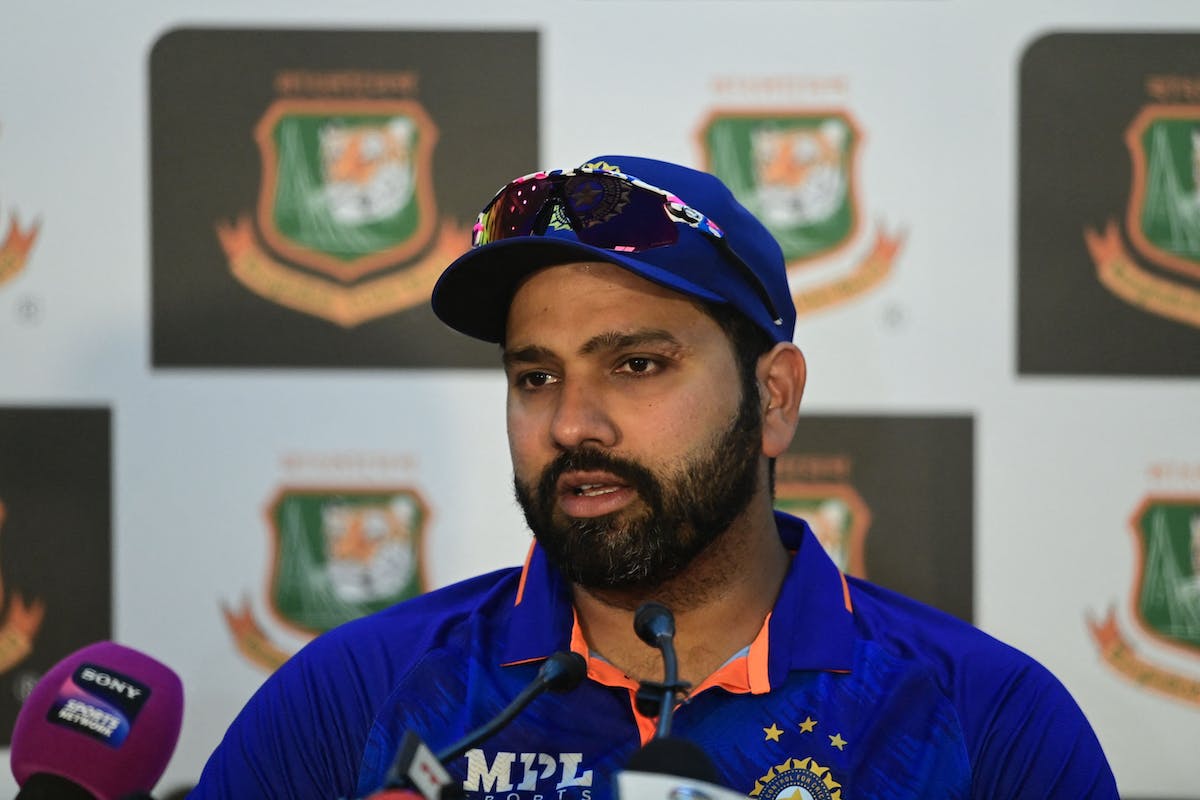 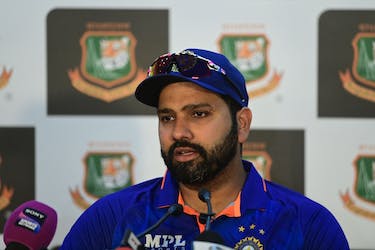 We were 25-30 runs short on this wicket: Rohit Sharma

Bangladesh eked out a one-wicket win against India in a low-scoring thriller in the first ODI at the Shere Bangla Stadium in Mirpur to take a 1-0 lead in the three-match series.

In pursuit of 187 runs, Bangladesh were reeling at 137 for the loss of nine wickets with Mehidy Hasan and Mustafizur Rahman at the crease, still needing 51 runs for a win.

While most people expected the Indian pacers, who have been clinical all through the innings, to get the final wicket and help the Men in Blue take the lead in the series, Mehidy Hasan had other ideas.

Coming in at number eight, the right-handed batter smashed an unbeaten 38 off 39 deliveries with four boundaries and two massive sixes to help the Tigers get over the line and record an inspiring win.

In the post-match presentation, Rohit Sharma rued lack of runs by the batting unit as one of the primary reasons for India's defeat. "It was a very close game, and we did pretty well to come back into that position. We didn't bat well, and 186 was not good enough, but we bowled pretty well, and they held their nerve in the end," he said.

After being asked to bat first on a sluggish wicket, India got off to a horrendous start as they lost Shikhar Dhawan early in the innings. Rohit and Virat Kohli added 26 runs for the second wicket before India crumbled in the middle overs courtesy of a brilliant five-wicket haul from Shakib Al Hasan.

"We need to learn and understand how to play on such wickets. No excuse for us because we are used to these wickets. I feel the genes are there, and it's only about handling pressure," Rohit further added.

The two sides will have only two days before the second ODI, and Rohit and the Indian team management would hope for the young players to understand the conditions and adapt well.

"I am sure these guys will learn, and we look forward to the next game. Hopefully, we can change things around. We know what we need to do in these conditions." he said.

On the other hand, Mehidy Hasan, who received the player of the match for his all-around brilliance, shared insights on his performance and the thoughts runnings through his mind during the last-wicket stand.

"I am really happy and excited. I was only thinking about focusing on one area and believing in that strategy, and I knew I only needed to bat about 20 balls to get going, and it is a memorable performance for me," he said.

Litton Das, who is captaining Bangaldesh in the absence of Tamim Iqbal, was a happy skipper as well and congratulated the team for a brilalint performance in tough conditions.

"I was very nervous sitting in the dressing room. I enjoyed Mehidy's batting in the last 6-7 overs. When Shakib and I were batting, we thought we could chase this easily, but it got difficult after we both got out. India bowled really well, but it was an outstanding innings from Mehidy," he concluded.