We were focusing on our stock deliveries: Deepti Sharma 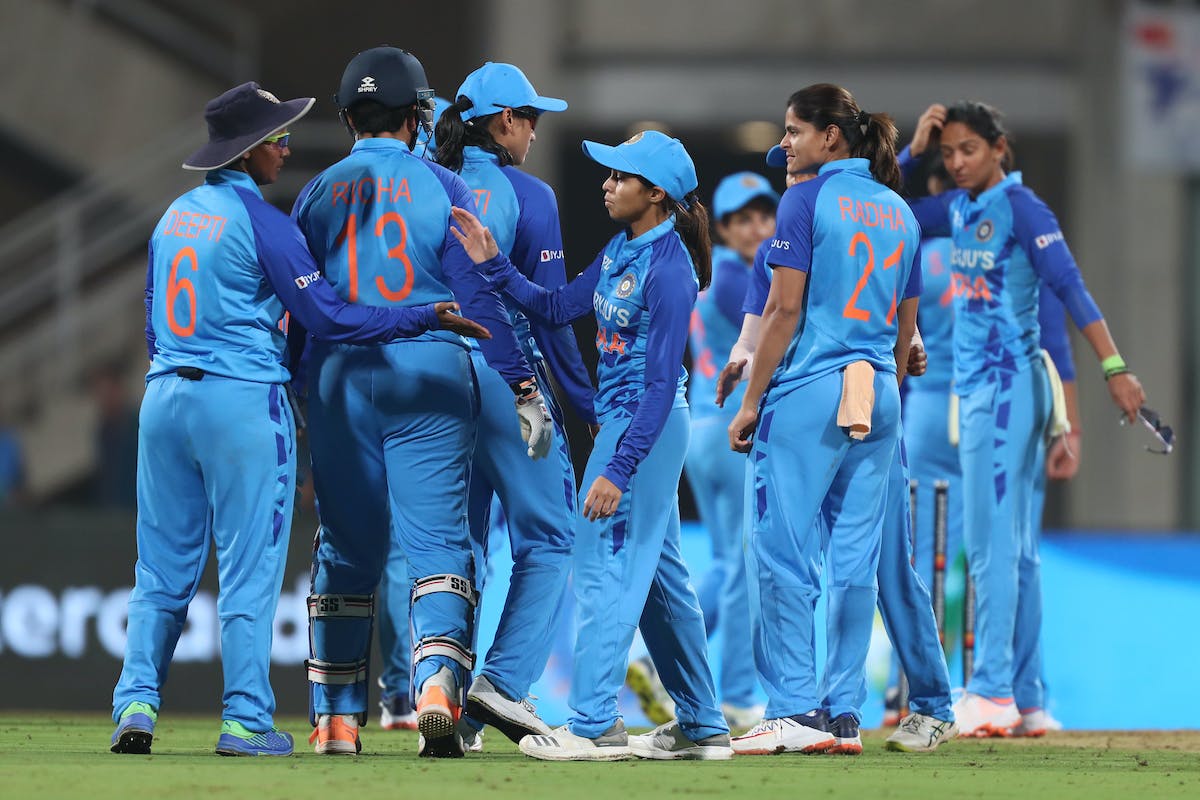 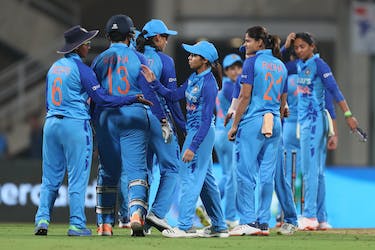 We were focusing on our stock deliveries: Deepti Sharma

India women's team thought they had a commendable total in the first T20I at the DY Patil Stadium in Mumbai after they went from 76/4 in the 12th over to 172/5 in 20 overs. However, world champions Australia made light work of the total as they chased it down in 18.1 overs by losing just one wicket.

As unbeaten 89 off 57 balls from opener Beth Mooney and substantial contributions from captain Alyssa Healy (37 off 23) and Tahlia McGrath (40 not out off 29) kept Indian bowlers under constant pressure.

India allrounder Deepti Sharma felt that besides few instances of sloppy fielding, the hosts did the right things as a bowling unit.

"We think it was a good total. But I think we could fielded a bit better. We also gave away few loose balls. But wins and losses will happen. We had a simple approach with out batting and bowling and we were getting results out of it. We just needed to apply them better," Sharma said in the post-match press conference on Friday.

There was also dew factor which made things difficult for India who kept conceding at over 10 runs per over. Sharma felt that dew cannot be used an excuse.

"There was a dew for sure, which came into play after 7-8 overs. We cannot show it as an excuse. We tried the slower ones. As a bowling unit, we were discussing that we will focus on our stock deliveries and we tried those. The first half was pretty good but the second half didn't go as well. We will try to rectify our mistakes in the next match," Sharma said.

"For this series and Commonwealth Games I've worked quite a bit on my batting. I think those practice sessions are paying off," Sharma said about her batting.

There was also a contribution of 25 not out off 24 balls from Devika Vaidya who returned to the Indian team after a long gap of eight years. The allrounder however conceded 33 from her three overs. Sharma felt that it is not possible for someone to settle down in international quite quickly.

"It is not easy to come back after eight years. She did as well as she can with the bat and she did fine with the ball. It will take some time to settle down when you walk into these situations," he said.

Sharma was also full of praise for debutant left-arm pacer Anjali Sarvani, who finished with 0-27 in 4 overs.

"I know that she is a good player. I've played against her in (Senior Women’s T20 Trophy) final against Railways. She's got a great in-swinger, which feels great to see leave the right hander. She didn't look like she was playing her first match," Sharma said.

India will face Australia in the second T20I at the Brabourne Stadium in Mumbai on December 14.