We were not up to the mark, says Babar after shock Zimbabwe loss 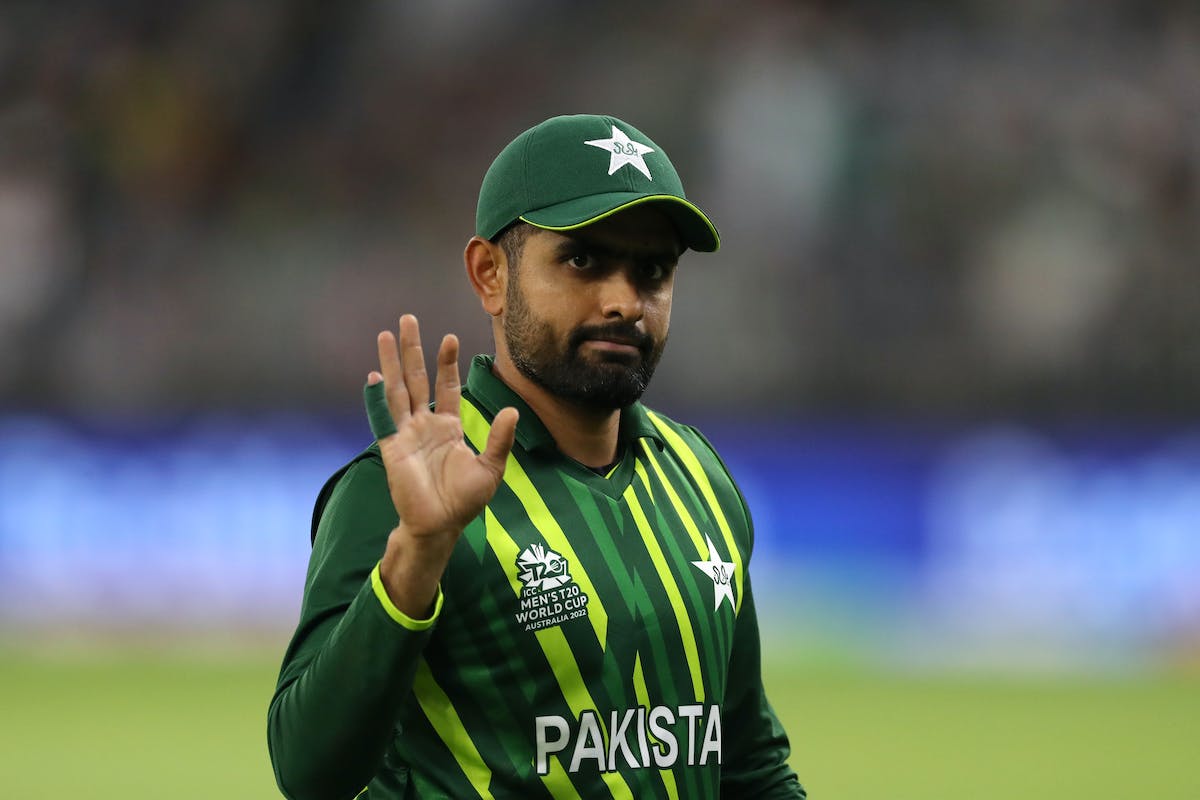 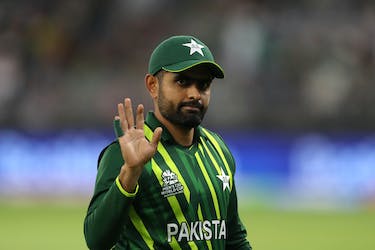 We were not up to the mark, says Babar after shock Zimbabwe loss

Pakistan skipper Babar Azam was lost for words after Thursday's one-run loss against Zimbabwe at Perth as he tried to comprehend what went wrong for his team. Pakistan were were off to a rocky start in chase of 131 as they were reeling 36/3 by the eighth over.

Shan Masood (44 off 38) and Shadab Khan (17 off 14) managed to pull them back with 52-run partnership before Sikander Raza removed Shadab and Haider Ali in consecutive deliveries to wrest back the control.

"While batting, we had our collapse. When me and Rizwan got out, Shan and Shadab built a partnership, but after that Shadab got out and then we had another collapse. We did not finish well," a crestfallen Babar said in the post-match presentation.

Mohammad Nawaz (22 off 18) brought Pakistan closer to the target by scoring 11 runs off Richard Ngarava's penultimate over. With 11 needed off Brad Evans' final over, Nawaz ran three off the first ball before Mohammad Wasim hit a boundary straight down the ground and ran a quick single.

Evans came back strongly with a dot and then sent back Nawaz off the fifth ball leaving Shaheen Afridi to score three off the final ball. Afridi thumped Evans' final ball down to long-on as Raza cut out the second run with a throw at the striker's end for wicket keeper Regis Chakabva to knock off the bails.

It was Zimbabwe's second ever T20I win over Pakistan and Thursday's match was also their first-ever meeting in T20 World Cups.

The defeat, which followed another narrow defeat against India, was a significant knock to Pakistan's semifinal hopes as they find themselves second from the bottom in Group 2. When asked how they will recover from the two painful losses, Babar felt that his team will need to sit down and have a talk.

"To be honest, it's hard, but we have two days, and we'll have a sit together and discuss. We will come back stronger," he said.

Pakistan also left out Asif Ali for an extra pacer in Mohammad Wasim, which Babar felt was the right decision on a bouncy track.

"No, I don't think so (leaving out a batter for extra pacer), because this pitch required fast bowlers," Babar said.

Zimbabwe captain Craig Ervine was ecstatic after his team pulled off a stunning victory.

"It's so special. Especially for the work that we did to get into the Super 12s and we didn't want our tournament to end there. We wanted to come in and play some really good cricket against some top teams and I thought we did that exceptionally well today," Ervine said.

Ervine praised his fast bowlers who had put in a superb shift. Evans claimed 2-25 while Blessing Muzarabani bowled a measly spell with 1-18 from his four overs.

"I thought after our batting performance, we thought that we were maybe 20 or 25 short. But our seamers hit their straps early on and there was just a little bit more in the wicket compared to when we started off," he said.

Sikander Raza (3-25) was also lost for words after his match.

"I think I'm lost for words. My throat's dry, probably because of all the emotions. I can't tell you how proud I am of this bunch of boys. The way our seamers started at the top as well is just unbelievable and the way we backed it up in the field and the way we kept believing, I don't think there's any words I can share right now," the allrounder said.