When I left Test captaincy, got message only from Dhoni and nobody else: Kohli 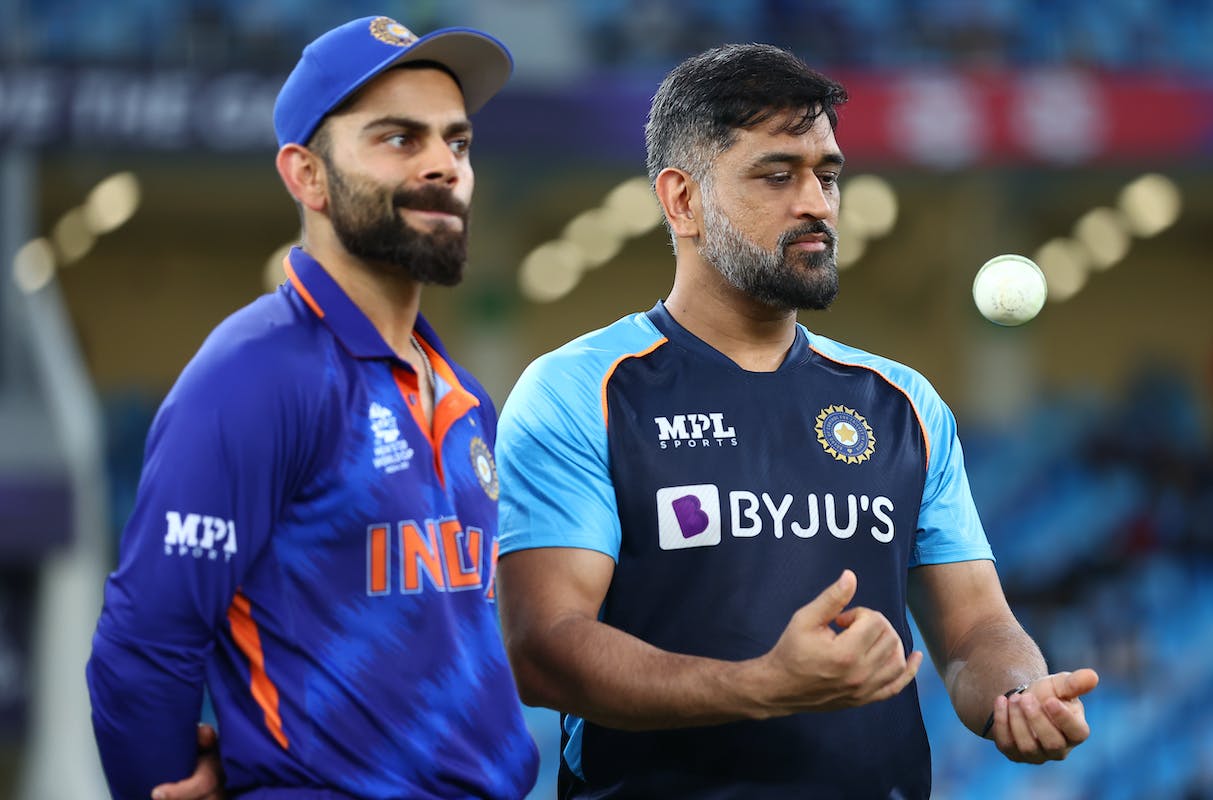 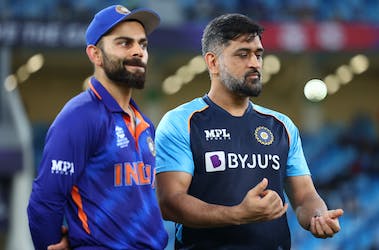 When I left Test captaincy, got message only from Dhoni and nobody else: Kohli

When Kohli decided to leave Test captaincy earlier this year, it was the end of an era that saw India dominating the format like never before

That Virat Kohli and MS Dhoni share a very good friendship is not news anymore, as both players have shown enough mutual admiration for each other. While Kohli has always admitted the respect that he has for his first international skipper, MS Dhoni never shied away from helping out and hand-holding Kohli in his initial days as India’s limited-overs skipper.

When Kohli decided to leave Test captaincy earlier this year after India’s defeat to South Africa, it was the end of an era that saw India dominating the Test format like never before under his leadership. However, the former Indian skipper revealed that he didn’t get any message from anyone apart from MS Dhoni, symbolizing the camaraderie with the man from Ranchi.

“When I left Test captaincy I got message only from MS Dhoni and nobody else. Lot of people have my number but only he had called. There are some connections which are genuine and it has some security. If you want to give me suggestions, give me one-on-one,” Virat Kohli said in the post-match press conference after India lost to Pakistan in their Super 4 encounter.

"When there's respect and a connection with someone, when it's genuine, it looks like this. Because there's security at both ends. Neither was I insecure with him nor was he insecure with me. All I can say is if I want to tell someone something I'll reach out individually, if the help is needed. If you give a suggestion in front of the whole world, it holds no value for me. If it is something that will improve me then you can do it one-on-one also," Kohli added.

In September 2021, Virat Kohli first announced resignation from T20I and IPL captaincy before the selectors decided to remove him from the position as ODI skipper. However, after the series loss against South Africa, Kohli decided to resign from the captaincy responsibility in the longest format of the game.

However, with his batting form being on a continuos downward spiral, a lot of former cricketer started to ask for his head, and when he was rested for the Windies and Zimbabwe series, questions were further asked of him. However, the Delhi cricketer added that the break gave him a sense of purpose, which he is now helping him to 'find that excitement back'.

"I've played for 14 years, it doesn't happen by chance. My job is to work hard on my game, something that I am always keen to do for the team and something that I continue to do. Everyone's doing their job eventually, our job is to play the game, work hard, give our 120% and I've said it in the past that as long as I am doing that and the team has faith in that, what happens in the change room is the only thing that matters to us, and to me personally," he said.

"People have their opinions and that's absolutely fine but that doesn't change my happiness as a person. I've taken some time away, put things in perspective. It's given me kind of a relaxation that this is not the be-all and end-all of life. I need to enjoy the game, I can't put so much pressure of expectation on myself, that I am not able to express myself. That is not why I started playing this game.

"I was able to find that excitement back. And when I came here, the environment was very welcoming, the camaraderie with the boys is amazing, the environment in the team is amazing. I am absolutely loving playing at the moment again and I am feeling good with the way I am batting."

After Bhuvneshwar Kumar gave away 19 runs in the penultimate over of the run-chase, India had Arshdeep Singh to defend only 7 runs in the final over, which, despite his best effort, he failed to do so. Him dropping a very simple catch of Asif Ali in the 18th over of Pakistan's chase put him at the firing line of the trolls, but Kohli believes that Arshdeep will learn from it to grow in his career.

"Under pressure, anyone can make a mistake. It's a big match and the situation was tight. I remember when I first played in the Champions Trophy. Against Pakistan, I remember I hit a very bad shot off Shahid Afridi. Till 5 am next morning, I was only staring at the ceiling, unable to sleep. I thought I'll never get a game again, my career is over. So it's natural to feel like this (disheartened).

"When the team environment is good then you learn from it and when such an opportunity comes up again, you look forward to it, hoping the ball comes to you. I think I'd credit the management and captain for that team environment. They've created such an environment that the players feel if such an opportunity comes up again, we want it, that moment. The environment is good where you address your mistakes, accept it and look forward to being under the same pressure situation," Kohli said.

Made a conscious effort to score quicker

Kohli, who made 60 off 44 balls, was going all guns blazing early in his innings before slowing down, fearing losing out on partners in the death overs.

"Today I was making a conscious effort to strike at a higher pace," Kohli said.

"When we lost wickets, there was communication and our plans changed, where I had to bat till the 18th over with (Deepak) Hooda.

"If there were a couple of batters, I would've gone with the same tempo and tried to hit more boundaries or sixes. But again, I ended up being in a situation where I had to go deep."

"Because after Hooda and me, it was Bhuvi (Bhuvneshwar Kumar), so the bowlers were to follow. That makes a bit of a difference, but we do possess the skills to analyse the situation and play accordingly as well."

Losing wickets in middle-overs cost us

Having found his mojo back after a prolonged lean patch, Kohli was at his attacking best but slowing down cost him and India 20-25 runs. "If you've seen the way we've been playing, it's given us the results we need, and in our middle overs, the run rate has also improved," Kohli said.

"It's something I, as a batsman, really took keen notice of, and I knew that is one area we need to keep improving on. We've spoken about this that sometimes it won't come off, the way you want and today, we lost a few wickets in the middle phase which didn't allow us to go towards the 200 target."

"But given the situation, if we had a couple of wickets in hand, we could've got more runs. We're not disturbed by losing wickets through the middle overs, because that's the way we want to play. We want to be able to get those 20-25 extra runs that can eventually make the difference in big games," he added.

Raulf bowled a brilliant last over

Kohli praised Haris Rauf for his brilliant last over but said he is currently at a happy space as far as his batting is concerned.

"He nailed those slower balls and yorkers, with that pace when you execute, it's always difficult to get it away. I'm going to continue - especially batting first - to bat the (same) way, trying to take the game on and stay ahead of the asking rate, understanding the conditions and just bat freely.

"As long as I am in a good space and confident of my batting, I know I can bat in many ways. It's just about getting back into the groove and getting confident with how you're playing and once that happens then the situation dictates how you need to play," he said.