Where did the Pataudi Trophy get lost? 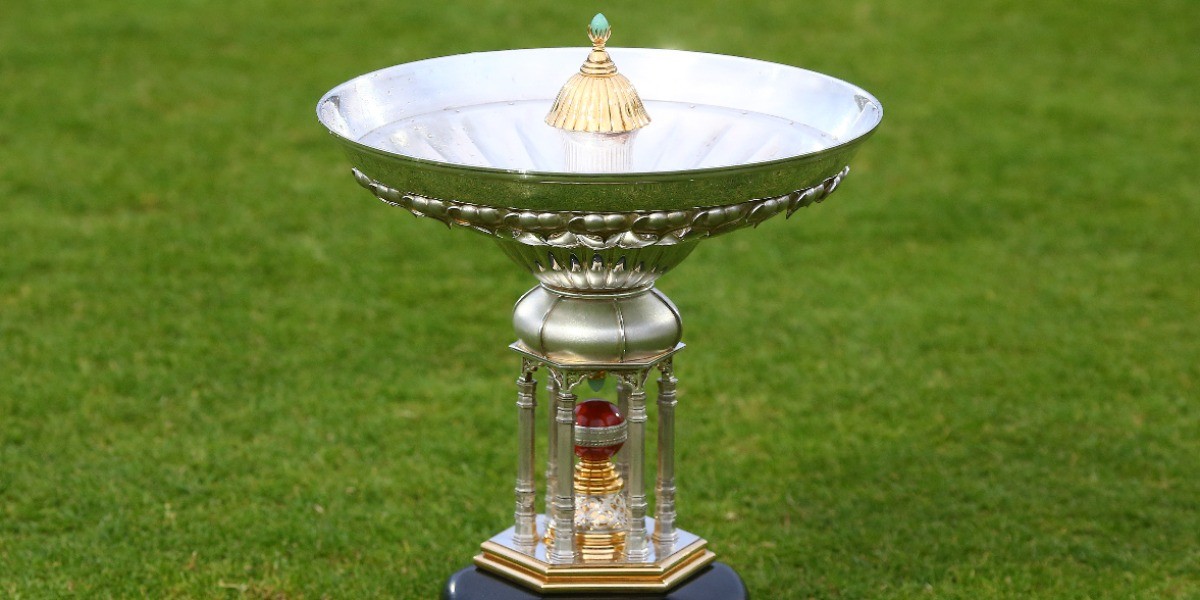 Where did the Pataudi Trophy get lost?

“How do we address you? Nawabsaab, Pat, Tiger, captain, skipper?”, asked Sunil Gavaskar to Mansur Ali Khan Pataudi. (As stated in the book Pataudi: Nawab of Cricket)

There was no direct response that Gavaskar got to this question. Tiger just looked at Gavaskar and walked to his fielding position. Unfortunately, if one asks a similar question about the upcoming Test series between India and England there still won’t be any clear response. Most cricket fans would know that Australia-England Tests are called the Ashes and India-Australia compete for the Border-Gavaskar Trophy.

But what’s the trophy that India and England play for?

Well, officially the Test series played between India and England at the home of cricket was named as the Pataudi Trophy (after the illustrious cricketing family) by the Marylebone Cricket Club (MCC) in 2007 to commemorate 75 years since the first Test played between the two countries. Iftikhar Ali Khan Pataudi played Test cricket for both India and England while his son Mansoor Ali Khan Pataudi is still regarded as one of the most astute men to have led India. The senior Pataudi who also later went on to lead India had famously objected to Douglas Jardine’s bodyline tactics while playing for England. While the junior, Tiger, is often credited for being the man who brought a sense of unity in the Indian team.

Nevertheless, it won’t come as a surprise if many of the readers are not aware about the Pataudi Trophy. They are not to be blamed. Commercialization and the type of reporting on the series in its fifth edition have ensured that it remains nothing but a titular name. In fact, the other surprising thing about India-England Tests is that it gets a different name – Anthony de Mello Trophy (after one of the founders of BCCI) when played on Indian soil. The Pataudi family had also made an unsuccessful request to the BCCI in this regard to name the India-England Test series as the Pataudi Trophy irrespective of the venue.

Surely, the Ashes is still Ashes whether played in England or Down Under. Neither does Border-Gavaskar Trophy change names with geography. As bizarre as it may sound to have two different trophies for contests between the same countries, I will leave that matter to another day.

But, when we have an official name for a Test series, then what’s the harm in promoting it as it is. I am certain that it won’t do a harm to the sponsors or the officials to give the deserved space to Pataudi, in their advertisements or broadcast. If anything, it would be a gracious act which by the way is rare in today’s world.

“According to me, Tiger was the best thing that happened to Indian cricket”

So, whose loss is this? Surely not the Pataudi families. It is a blot on the tradition and the legacy left behind by two former Indian captains. “According to me, Tiger was the best thing that happened to Indian cricket”, the legendary spinner Bishan Singh Bedi had once told me. But what’s happening to the legacy of the trophy named after the Pataudis is way far from best.

One may argue as William Shakespeare had written, “What’s in a name? That which we call a rose by any other name would smell as sweet.” So, the disrespect to Iftikhar or his son Tiger will definitely not do any damage either to them or to the series. Maybe, in a few years' time, the name would gradually disappear.

But then what’s the sport without sentiments, legacy, and traditions?

So, is there a solution in this world dominated by the moolah? Well, if the sponsors and the officials don’t care about the history of the game, probably the players can pay their homage to Tiger and his father.

It will certainly be a good gesture on part of the Indian players and will go a long way in reviving the name, Pataudi Trophy if they refer it with its official name each time while talking with the media.

That’s the only hope that purists of the game would have to prevent the Pataudi Trophy from getting lost forever in this commercial jungle.