Will go into Mumbai Test to win the series, we don't look into history too much: Ajaz 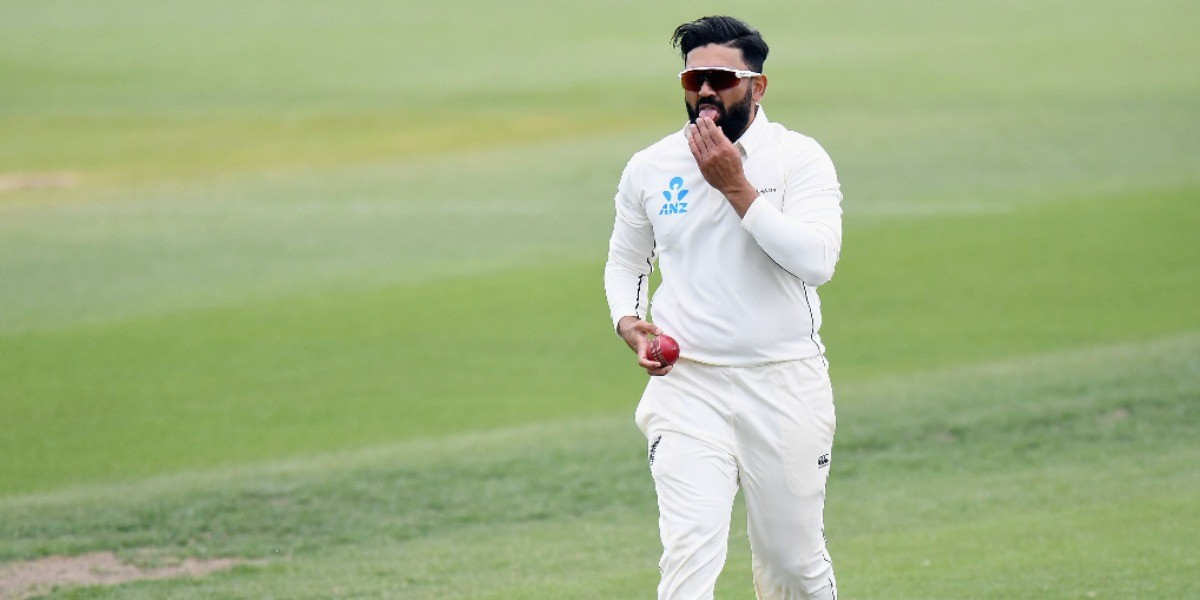 Will go into Mumbai Test to win the series, we don't look into history too much: Ajaz

The left-arm spinner, who was born in Mumbai in 1988, says that returning to the city brings back some fond memories

New Zealand spinner Ajaz Patel reckons that the Blackcaps have the self-belief that they can turn things around from any position and they do not look into history too much.

Ajaz along with Rachin Ravindra helped New Zealand salvage a draw in the first Test in Kanpur and says that the team is now focussed on winning the series.

"For us, it's still going into a game with the possibility of taking the series. We know the history of playing in India and we know how difficult it has been in the past," Ajaz said during a virtual press conference.

"The beauty of our team at this moment is that we don't look in history too much and we look at the present. For us, we have a sense of self-belief that we can go up from anywhere and recently we were able to take away the World Test Championship (WTC) from them."

"So for us, now it's just about playing the best cricket possible and everyone contributing. It's not just one individual who comes to the party, it does take a team effort and that's what Test cricket is all about. We are playing some very good cricket and we are confident at this very moment," he added.

The left-arm spinner, who was born in Mumbai in 1988, says that returning to the city brings back some fond memories.

"It's a bit emotional. When we landed in Mumbai yesterday and earlier when I used to land at the airport, I used to go to my family or friends but this time it was different, as this time I was with cricket, representing New Zealand. I have been at Wankhede earlier also for some IPL games, thanks to Mitchell McClenaghan. I have bowled a few times during the practice sessions, so yes, it's cool as well as nostalgic at the same time," said Ajaz.

"It's a special moment for me. My family have never seen me play in person. So, it will be the first time they will be in the stands, it is a great feeling," he added.

Need to be tighter in Mumbai

"I think as a spin bowling unit we were somewhat guilty of possibly not keeping the stumps in play for long periods of time. At the same time, these guys are good players of spin. They didn't give us too much," said Ajaz said.

"We just gotta make sure that we are tighter in our lines and lengths. I am sure the boys have picked up and adapted to the next game but again the new surface will be different," Ajaz said.

"From batting perspective, our batters did an outstanding job on that wicket against the calibre of spinners that they have, it is just about adapting and learning and playing conditions that is front of us."

Ajaz said his team is capable of causing upsets and will go into the second Test looking for a win. "It is about playing best cricket possible and everyone contributing like last game. That's how we look to play, it takes a team effort. We are playing good cricket at the moment and we are going to tap into that and be comfortable."

Ajaz said they have "firm faith and belief that we can perform in all conditions."

"We know they are good bowlers of spin but at the same time we have the trust and belief that we have good players of spin," he said.

"We saw in the last game, the way Tom Latham played and Will Young played.

"We know we do have the capability from a batting perspective to score runs against the Indian team and adept enough defensively to keep them at bay."

The opening Test had ended in a draw after Ajaz and his Indian-origin colleague Rachin Ravindra held a 91-ball vigil to save the match for the visitors, who were nine down in pursuit of 284 on the final day.

Ajaz said it was quite an irony but at the same time an amazing story for the two of them to fight for a draw against the country of their birth.

"It was also a very cool moment for us. I guess the irony of it was that two boys of Indian heritage, who have been brought up in New Zealand, were out here playing cricket against one of the biggest cricketing nations and fighting for a draw," he said.

Both sides go into this Test at the back of a closely-fought draw in the first Test. For India, Virat Kohli will return to lead the side in Mumbai. The practice session was earlier washed out due to rain. The second and final Test of the series is set to get underway from Friday (December 3).