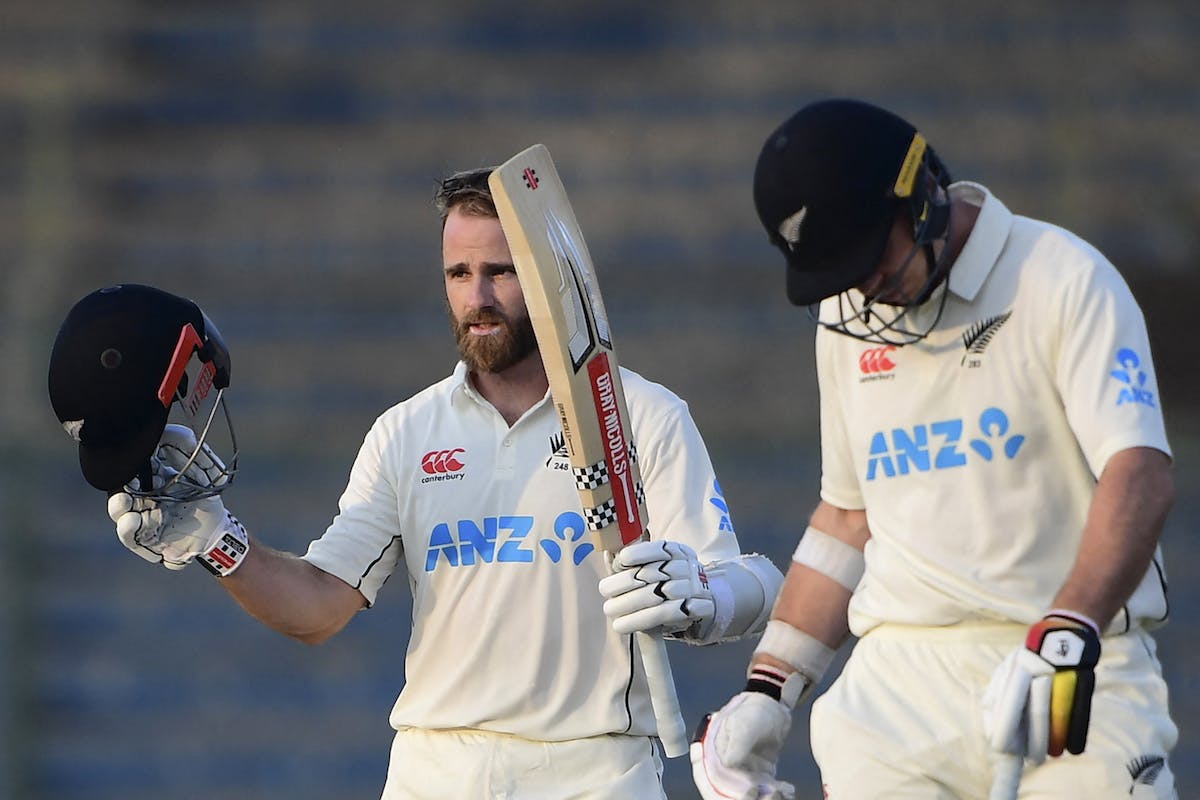 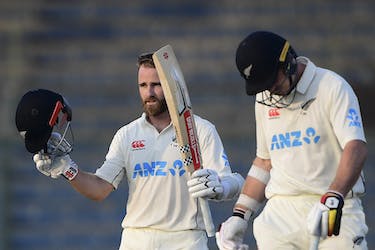 Pakistan will need to bat out the last day to avoid defeat in the first Test after New Zealand gained the upper hand Thursday through a masterly undefeated double-hundred by Kane Williamson in Karachi.

Trailing by 174 runs after the first innings, Pakistan finished the fourth day on a precarious 77-2, with Imam-ul-Haq on 45 and nightwatchman Nauman Ali four.

Pakistan have lost their last four Tests -- including a first-ever 3-0 whitewash at the hands of England -- and are now 97 runs behind with eight wickets intact.

The home team's task of salvaging a draw shouldn't ordinarily be onerous on a National Stadium pitch that has not so far taken sharp turn, but their propensity for middle-order collapses recently has given New Zealand the sniff of victory.

Opener Abdullah Shafique was the first wicket to fall as he played an injudicious lofted shot off spinner Michael Bracewell, and was caught at mid-on for 17.

Then Shan Masood was adjudged leg before off Ish Sodhi for 10 before Haq and Nauman saw off the day.

Earlier, Williamson's unbeaten double century enabled the visitors to declare their first innings on 612-9 -- a good 174-run lead over Pakistan's 438.

Williamson reached 200 with a single off spinner Abrar Ahmed, batting for ten hours and striking 21 boundaries and a six in an innings which saw him overturn two leg-before decisions on 13 and 116.

He also survived two stumpings off spinner Nauman on 15 and 21. Resuming on 440-6, Williamson and Sodhi defied Pakistan's bowling in the first session as the pair took the total to 595 before their seventh wicket stand was broken.

Sodhi was caught off Ahmed for 65 to better his previous best, also against Pakistan in Abu Dhabi in 2018. Tim Southee and Neil Wagner fell without scoring as New Zealand lost three wickets in the space of two runs, but last-man Ajaz Patel held his ground to help Williamson reach the milestone.