Win over RR will spread a lot of positivity within MI camp: Suryakumar Yadav 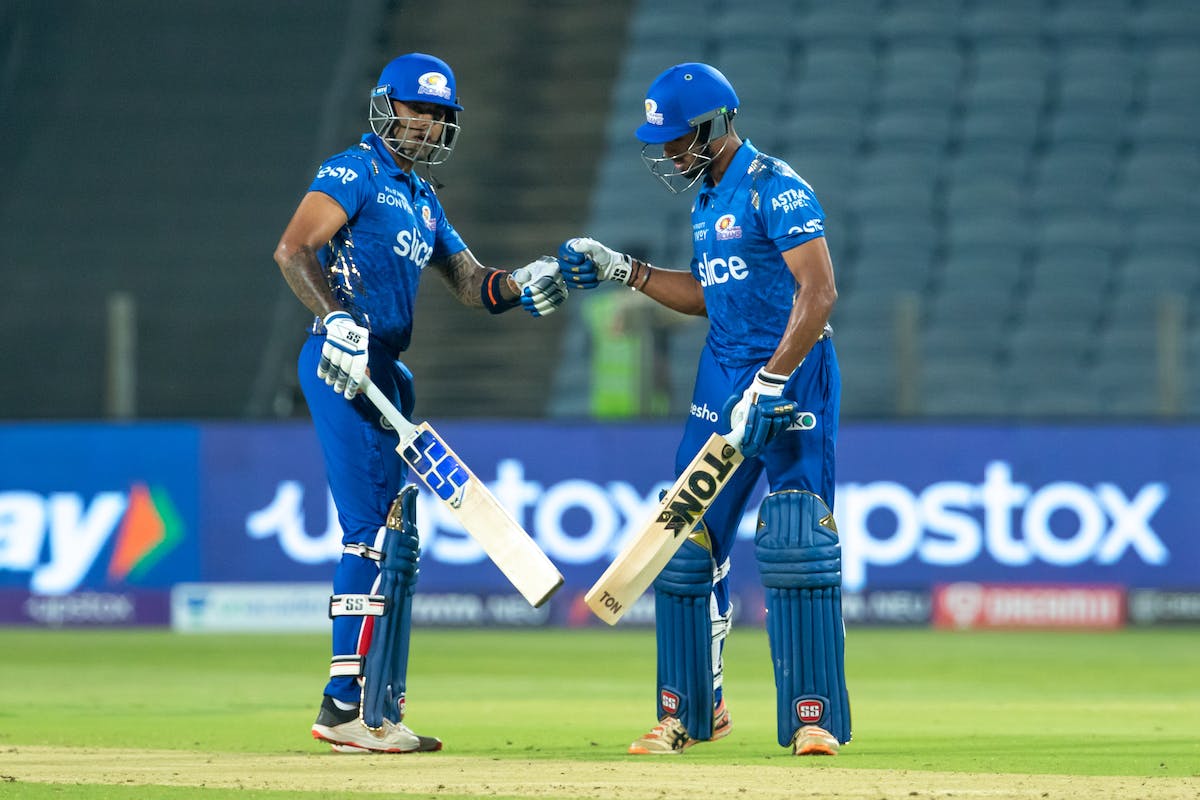 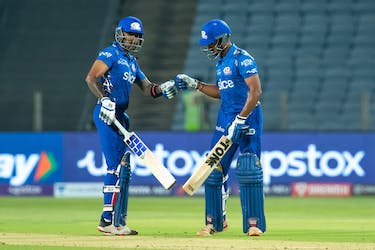 Win over RR will spread a lot of positivity within MI camp: Suryakumar Yadav

Mumbai Indians (MI) finally got off the mark in the Indian Premier League (IPL) 2022 with a five-wicket win over Rajasthan Royals (RR) at the DY Patil Stadium, Navi Mumbai on Saturday (April 30).

MI rode on a brilliant half-century from Suryakumar Yadav and his 81-run stand with Tilak Varma for the third wicket to take them home before the bowlers had done a brilliant job to restrict RR to 158 for 6.

The India batter reckons that this victory will spread a lot of positivity within the camp. "I've never celebrated personal milestones, but if they help the team, then I will be very happy," Suryakumar said at the post-match press conference.

"Like today, my knock helped the team win, so of course, I will celebrate it.

"Today is a good positive day. I don't know what's going to happen in the future, but this is our first victory of the season, so we will celebrate.

“The win will spread a lot of positivity. We were already enjoying each other’s company during practice sessions and team dinners. This win will help each and everyone learn going forward in the season."

Tilak Varma is MI's leading run-scorer with 307 runs at 43.85 along with a strike-rate of 127.05. Suryakumar also praised the youngster for the way he has gone about things this season.

“Tilak is a fantastic player, he works hard in the nets and he wants to learn," Suryakumar said.

"It’s good to see someone like him and I’m very happy and excited to see him whenever he does well and whenever he comes into practice sessions and does all his routines and processes."

Surya had a close call in the match when it looked like Yuzvendra Chahal had trapped him leg-before, but after the on-field umpire did not raise his finger, RR went upstairs for a review. The replays suggested that the ball would have clipped the wickets and the on-field umpire's decision stood as a result.

Surya then went on to hug Chahal, which he referred to as sweet banter between them.

“During the game, I didn’t tell him anything and it was just a sweet banter between him and me, but I'm really happy that I got away with the umpire’s call and the way things went after that," Surya said.

"He is a great bowler and I’ve enjoyed having that fight between him and me in the middle."

Although out of the race to finish in the top four, MI will look to add to their win when they take on table-toppers Gujarat Titans (GT) on Friday (May 6) at the Brabourne Stadium, Mumbai.